The Illustrious History of Poppers 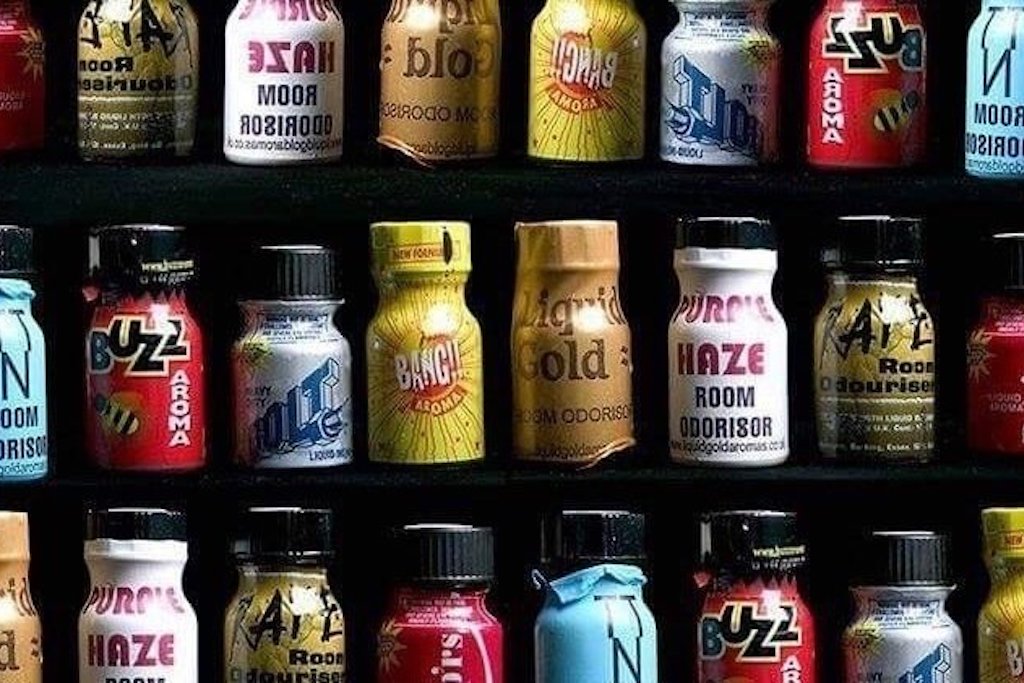 The Illustrious History of Poppers

Of the many different drugs in today’s society, few of them have a history as fascinating as Poppers. “Poppers” are a liquid drug derived from amyl nitrates that, when inhaled, cause blood vessels to dilate and can produce a feeling of euphoria for several minutes.

When the blood vessels are dilated, this can also produce sensations of heat or arousal along with euphoria. Poppers can also increase one’s heart rate and sensitivity to light and sound. Along with this, Poppers can cause the smooth muscles in the body, such as the sphincter muscles, to relax for several minutes and enhance pleasure feelings.

Because of this, Poppers are often used in clubs and raves as a type of party drug or as an aphrodisiac in preparation for sex. In particular, Poppers are well known for their use among the gay community. However, Poppers have sometimes been known to cause side effects such as headaches, skin irritation, dizziness, and low blood pressure.

Poppers first used in the 1800s 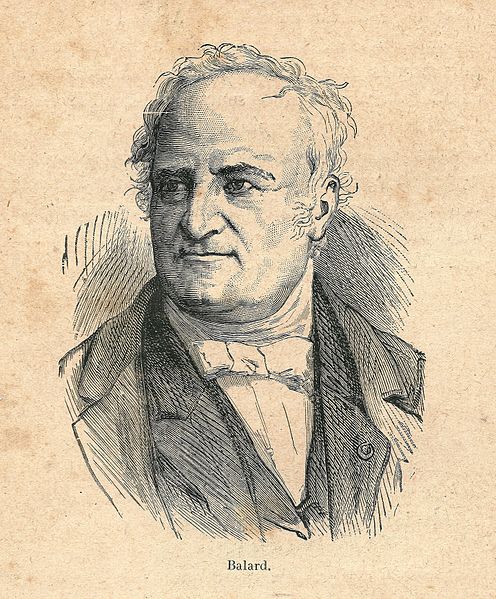 Although Poppers are well known for their role in the nightlife of the gay community, the history of this euphoria inducer extends as far back as the 1800s and spans all over the globe. Amyl nitrates were first synthesized in 1844 by Antoine Jerome Ballard and first utilized in 1867 by Sir Thomas Brunton to treat a condition known as “angina pectoris,” which involved chest pain and shortness of breath.

The amyl nitrate would dilate the blood vessels and allow the heart to get more oxygen, which would cause the chest pain to go away. During this time, the drug was stored in little glass bottles covered in mesh. The bottle would have to be crushed to use the drug, and the term “Popper” actually came from the “pop” sound that these glass bottles would make when they were broken.

The antidote for war soldiers

Although Poppers were replaced by other medicines to treat chest pain, they soon became popular again during the Vietnam War when American soldiers would use them as an “antidote to gun fumes.”

Since sniffing Poppers was perfectly legal at the time, thousands of them were shipped over in crates for the battle-weary soldiers. When the soldiers returned home, many of them continued to use Poppers as sex enhancers, and they were even FDA approved as prescription drugs for a little while. During this period in the US, the mob also added Poppers to their money-making enterprises. Many mob-run shops sold Poppers until the American government cracked down on their use.

Poppers in the gay community 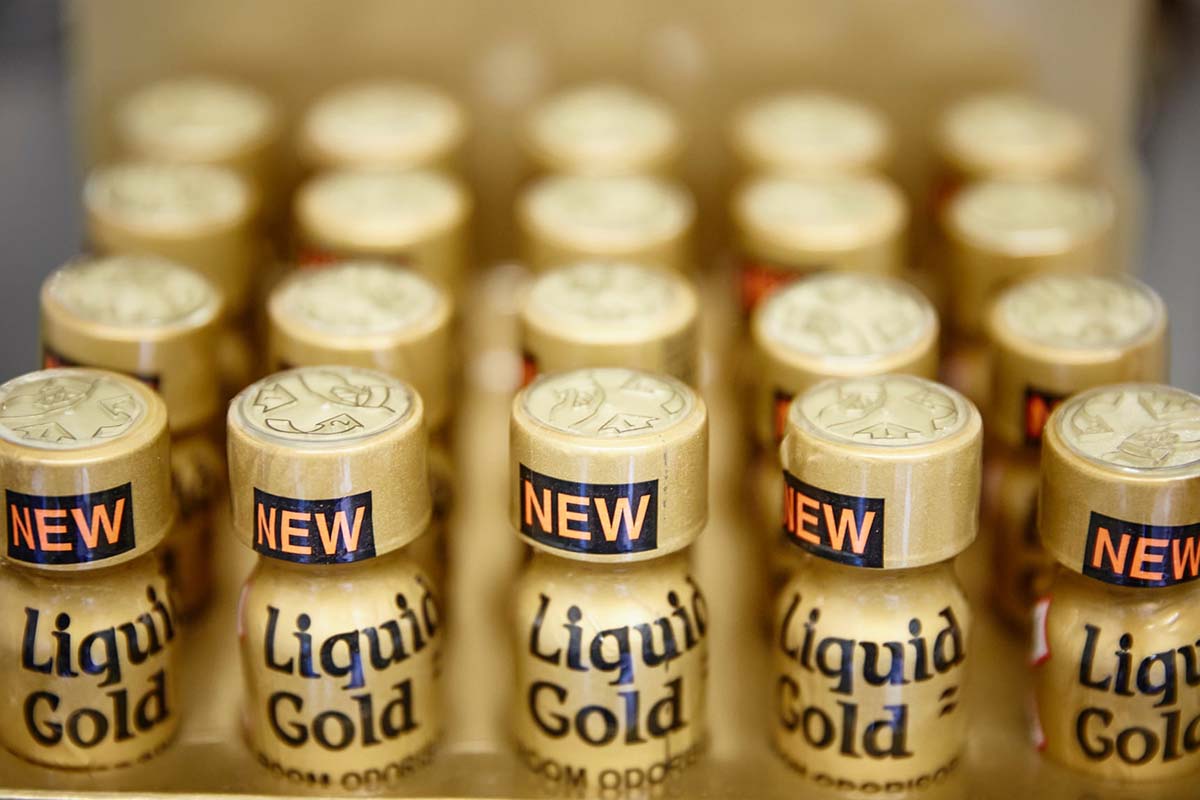 Poppers started becoming popular during the 1970s when they began being incorporated into the nightlife and sex life of the gay community. The euphoric and relaxing effects made Poppers useful for people looking to have a good time on the dance floor or in the bedroom, so Poppers started being used from clubs to raves to private interactions.

Poppers were also used by men who had just come out or were often nervous in sexual interactions because it helped them relax. Even when amyl nitrates were banned among the general public, many manufacturers still sold Poppers within the gay community under the guise of “room aromas.” By the 1990s, Poppers had also become more prevalent within mainstream club scenes, coveted for their euphoric and relaxing effects.

Rather than popping out of glass containers, Poppers are now packaged in small plastic bottles and, due to the anti-drug laws, are often labeled as deodorizers or leather polish. Despite regulations, Poppers have been used by celebrities, politicians, and ordinary people just looking for a good time. Today, Poppers are still such a significant part of the gay community that they are almost considered an aspect of the subculture.

Life Hacks to Live By
Top Tips to Be the Best Pet Owner You Can Possibly Be
November 04, 2022
Top 4 Ways To Ensure Your Skin Always Looks Its Best
April 20, 2022
5 Benefits of Recycling to Consider
June 15, 2021
Ads
Stay Connected
Where to buy medications ? How to cure impotence with pills? You can buy sildenafil australia online easily. For Thai customers look at priligy thailand online. In Singapore find viagra singapore for sale.