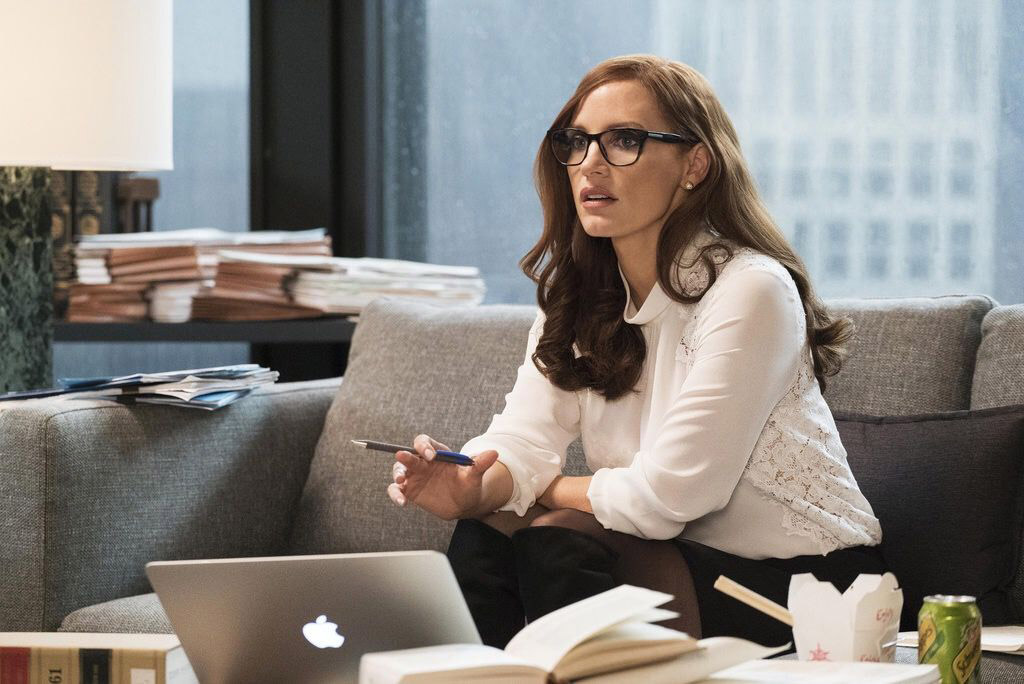 How to Motivate Yourself?

Well, motivation is known to bring about a change of mindsets. I believe one of the sure ways to get a motivated mindset is to watch a motivational movie. Take time off work, and relax for an hour or so. Watching an inspirational, entrepreneurial movie will help you to generate some fresh ideas and to come up with new solutions to your business. Here are 12 movies for entrepreneurs to include in your watch list for absolute inspiration and a great answer to your question: how to motivate yourself?

Movies for Entrepreneurs: The Social Network 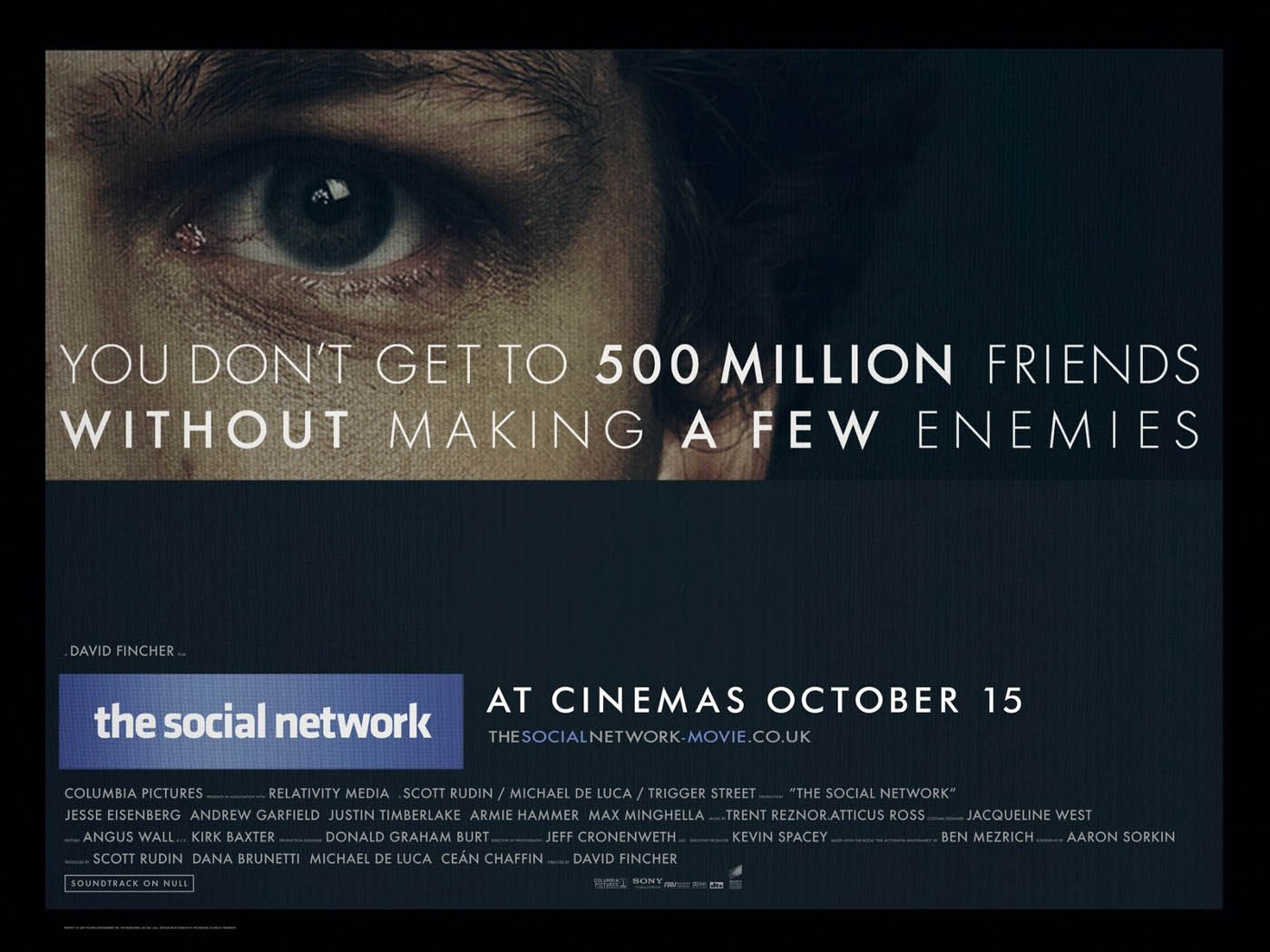 “The Social Network” is one of the most inspiring movies for entrepreneurs. Every millennium can relate to simply because it takes us through the journey of how Mark Zuckerberg finally came up with Facebook.

Directed by David Fincher, this movie reveals to us how the founder of Facebook was at some point taken to court by his two friends, claiming that he had stolen their idea. By watching this movie, you not only get a glimpse of how Facebook came about but how small businesses can explode. 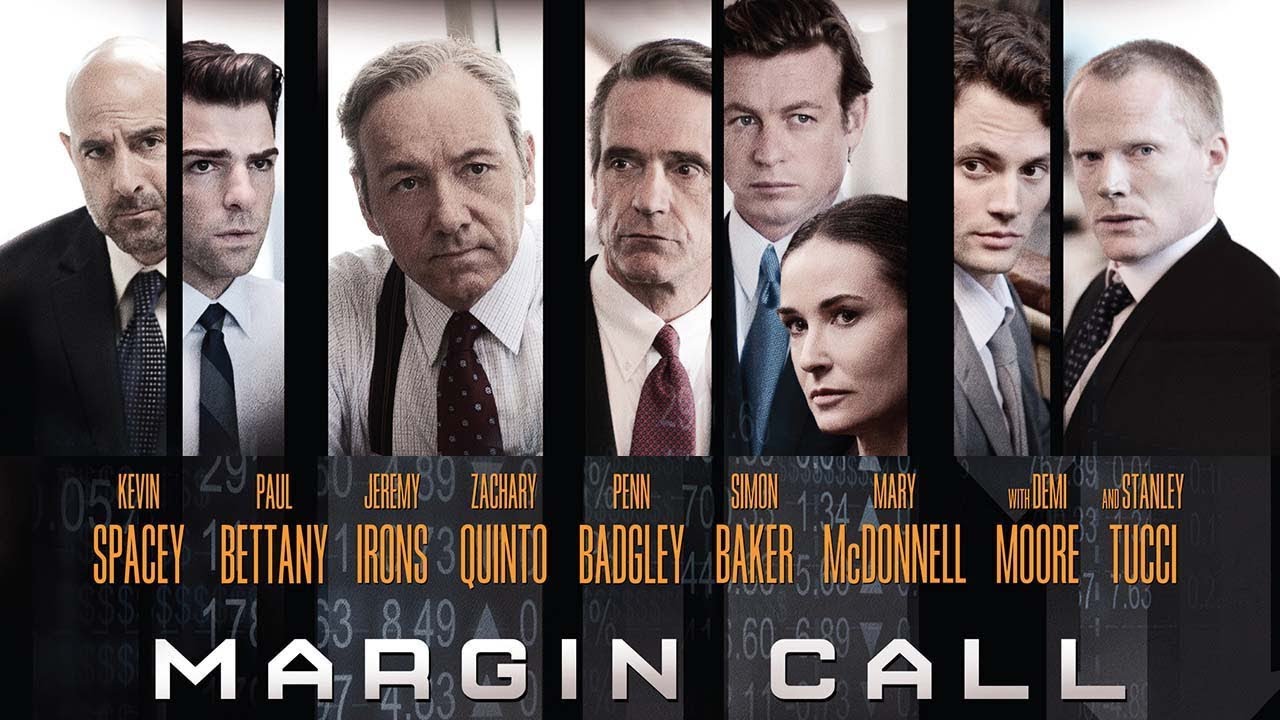 This is yet another inspirational movie that talks about the 2007-2008 financial crisis. It picks the angle of a bank, a heavy investment that turns out to be in a terrible crisis. The movie revolves around the decision taken by the key people in the investment, who take steps to save the bank in a period of 24

Although we are not brought to the real name of the bank, we believe the steps taken by the bank resemble those of Golden Sachs and Merrill Lynch, who happened to be in a much-like crisis. On a keener look, Margin Call is a story of an investment that almost went down due to greed and dishonesty. An entrepreneur learns how the corruptive power of greed can bring down a powerful corporation. 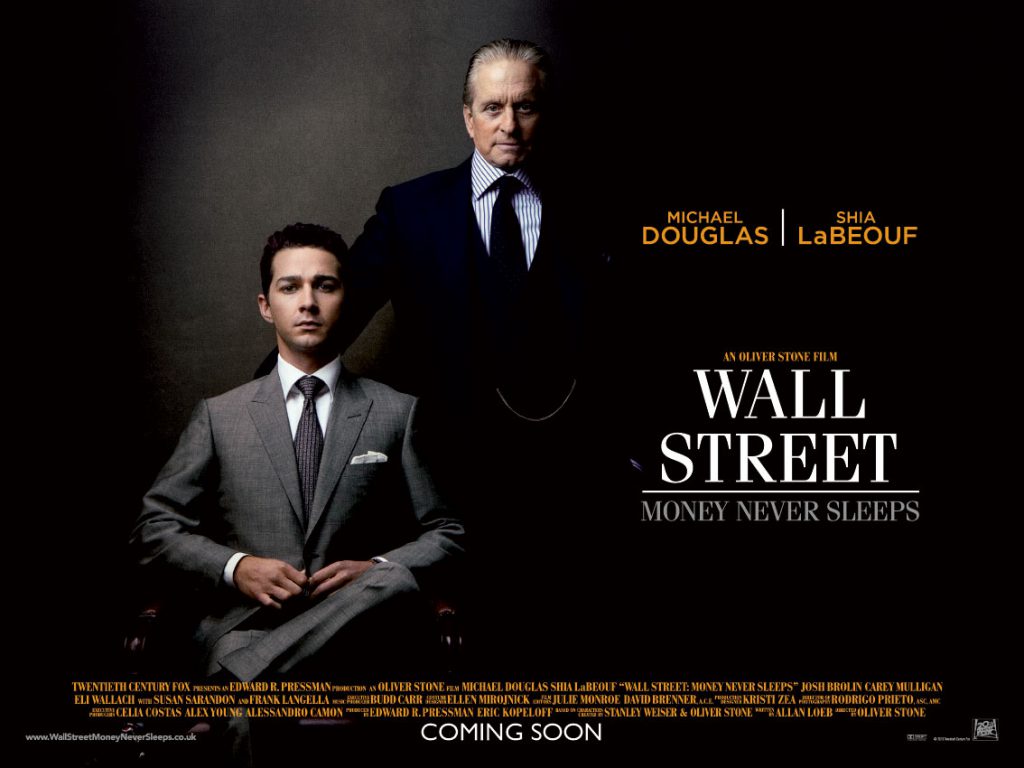 The movie tells the story of greed and ambition, well revealed by the brilliant Charlie Sheen and Michael Douglas. Bud Fox, the main protagonist, gets carried away by his stylish lifestyle, which leads him to insider trading practices.

We are left to understand that it is quite possible to be lured by greed and make morally dirty decisions. This movie teaches entrepreneurs how sometimes ambition if disciplined, is ignored, takes us down unethical paths. Why not learn how to motivate yourself! 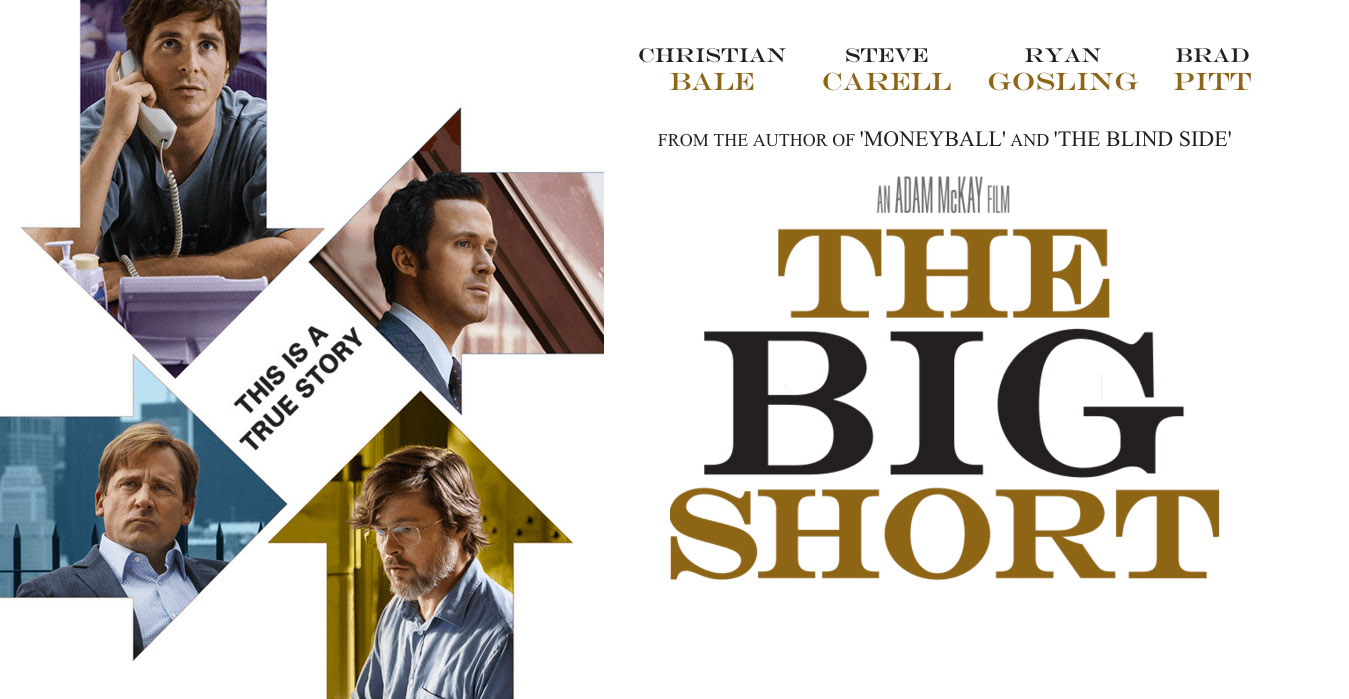 The Big Short brings us to three individuals who could predict and profit from the 2007-2008 financial crisis. The movie also reveals unconventional techniques to explain concepts such as subprime mortgages and collateralized debt obligations (CDOs). Watch it to learn real reasons which precipitated the 2007-08 financial crisis. Also, get to know the importance of risk-taking and conviction, which are core traits of an entrepreneur.

A Most Violent Year 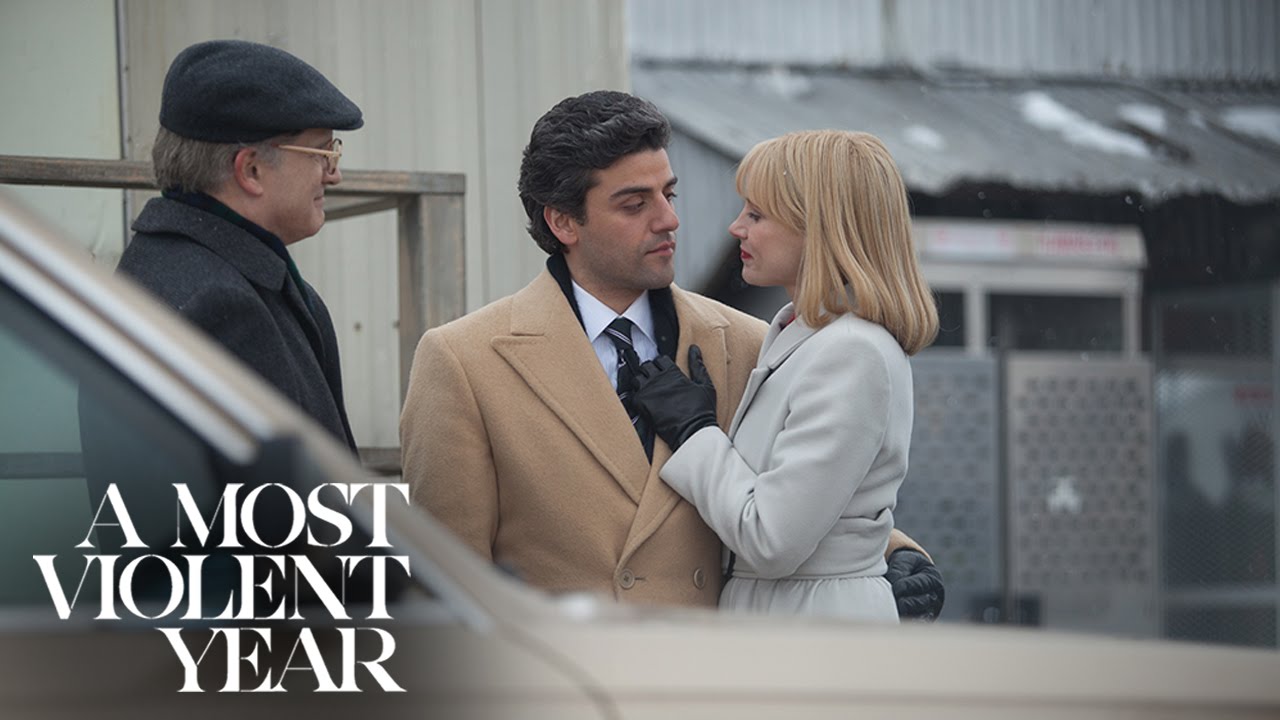 In “A Most Violent Year,” the couple Oscar Isaac and Jessica Chastain do amazing work trying to close a deal that would later turn their heating company into a giant business. This had been their dream, although we are introduced to them as confident and convinced that they will make it.

You will also love the conspiracy by the entire city to put marriage on trial, but this particular couple fought their way through, quite a lesson to dare dream and stand firm along the path to fulfillment. Definitely one of my favorite movies for entrepreneurs! 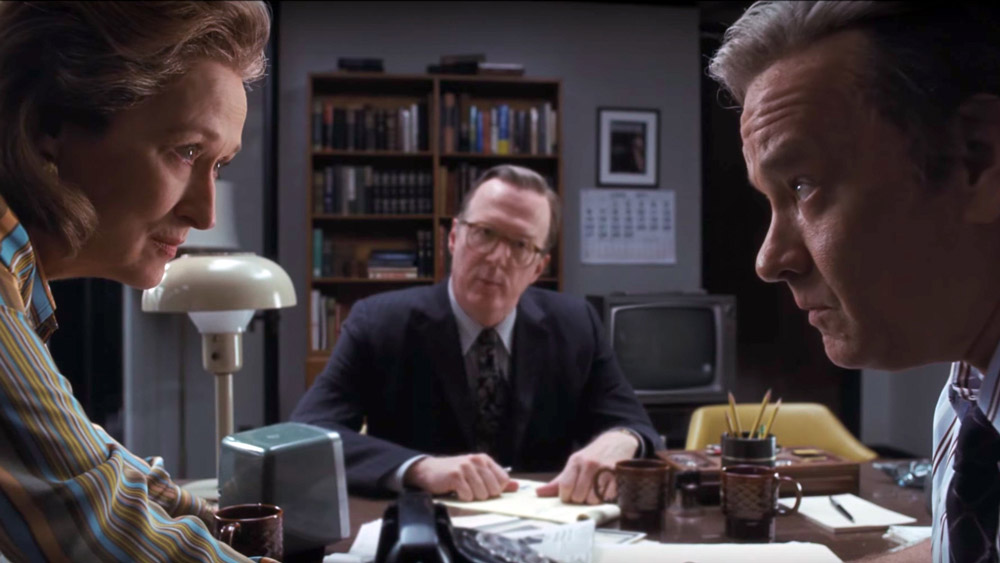 Mostly we talk a lot about the importance of the press. The information we get from a journalist also happens to be the education we need to spur entrepreneurial drive. In this movie, you will learn how journalists hold power to account and that reading the news should be a daily routine if you want to be informed as an entrepreneur. 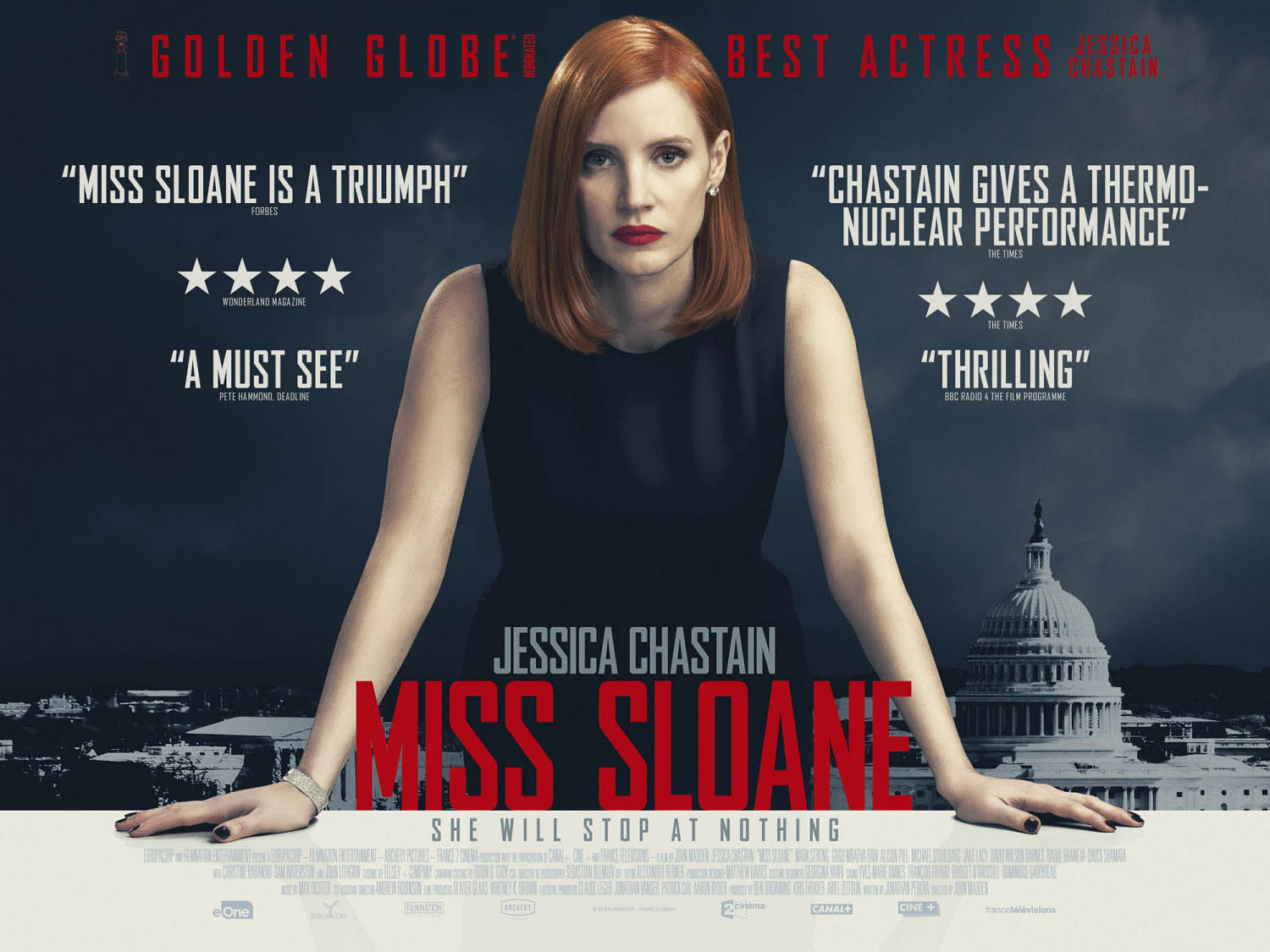 If you like cliches and impossibilities, then be sure to watch this movie. In the world of political power, Elizabeth happens to be the most sought-after lobbyist in D.C. due to her track record of success. She has done everything possible to succeed, but it dawns on her that success may sometimes take too much to achieve when she takes on the opponent of her career. 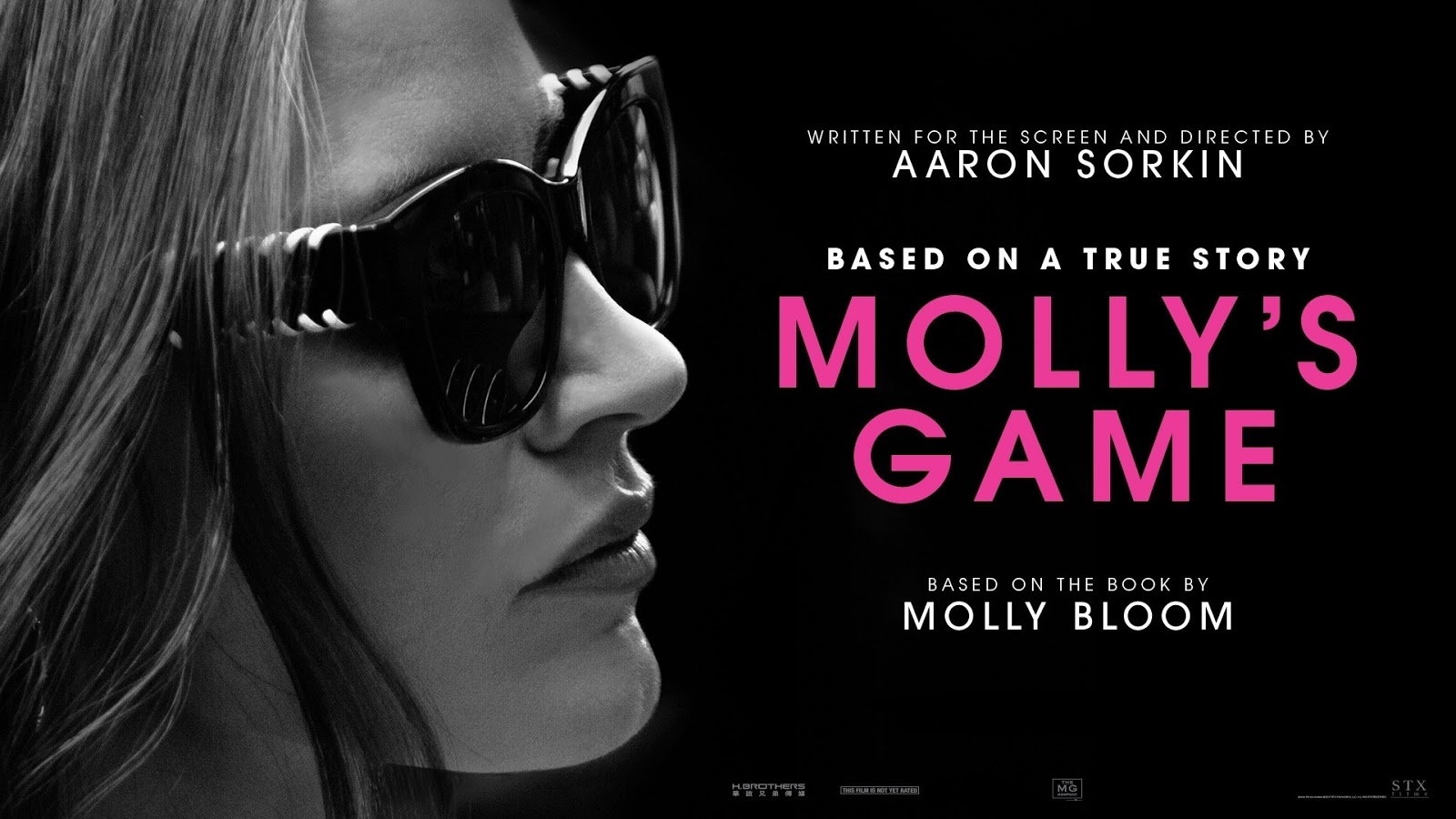 “Molly’s Game”  is a movie about Molly Bloom, an Olympic-class skier who dominates the high-stakes poker game for a whooping decade, who later falls in the hands of FBI agents wielding automatic weapons. Her criminal lawyer, who also turns out to her friend, learns there is more to Molly than tabloids made us believe. It’s quite an inspiring movie! 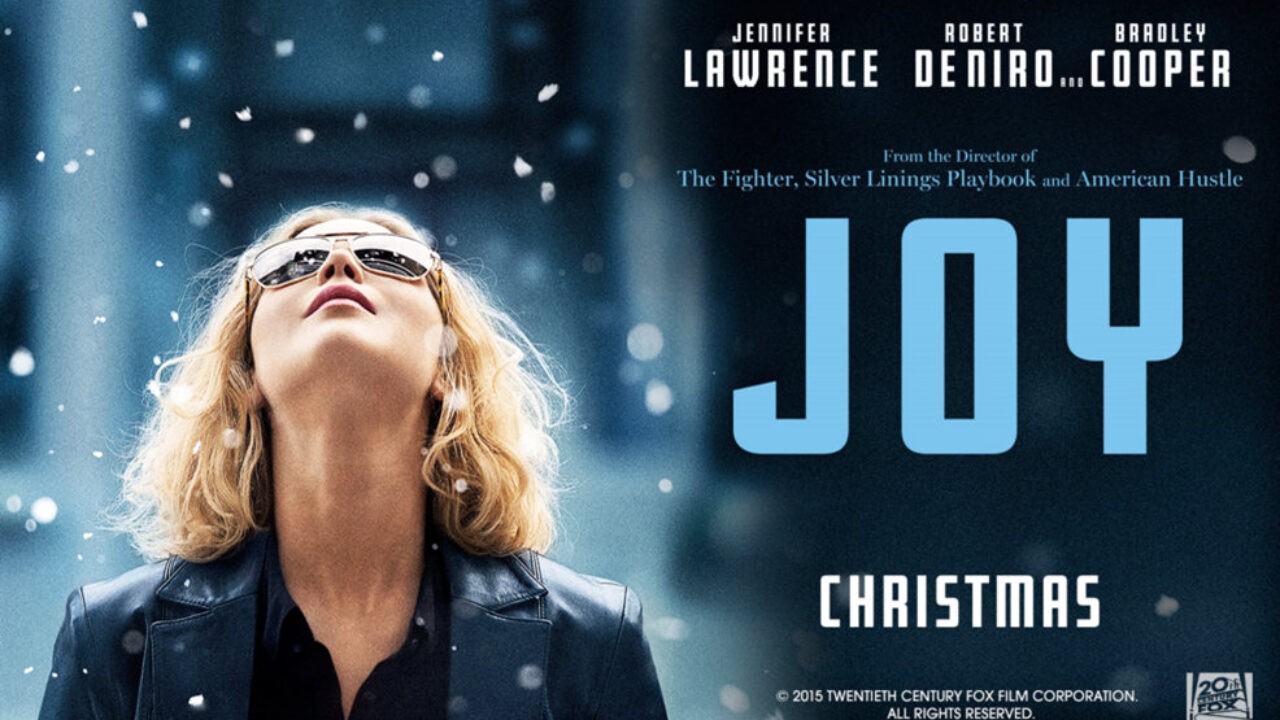 This is a real-life story of Joy Mangano, the inventor of the Miracle Mop and Huggable Hangers. We are brought to the immense business success she enjoys, as wells as the power of a supportive family and challenges faced by businesswomen. This movie also denotes the great success of a product that meets a need-quite a lesson to all entrepreneurs. 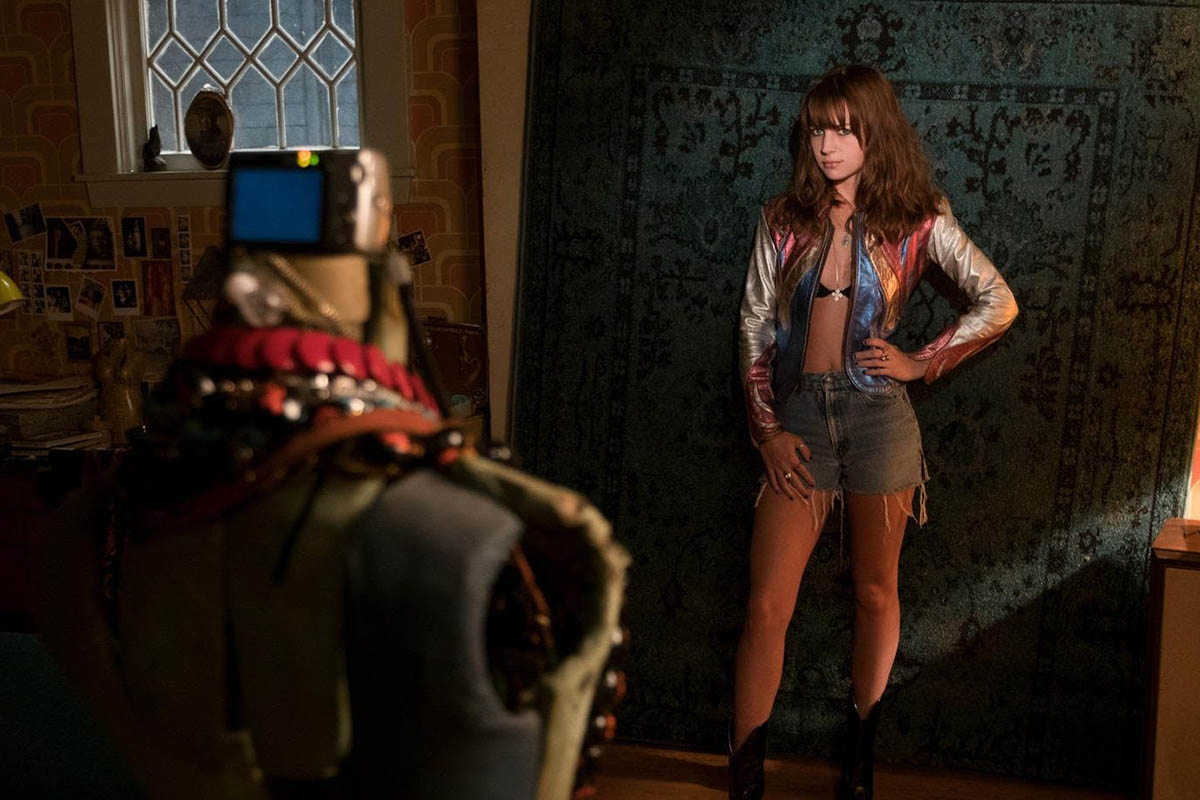 In this TV Show, Sophia, a misfit, realizes her passion for fashion, and in the process, she becomes a businesswoman. Just like many other own bosses there, she has to learn the art of coping with being her own boss. The story perfectly takes us through the path of a daring entrepreneur to successful business brands. Based on the true story of Sophia Amoruso. 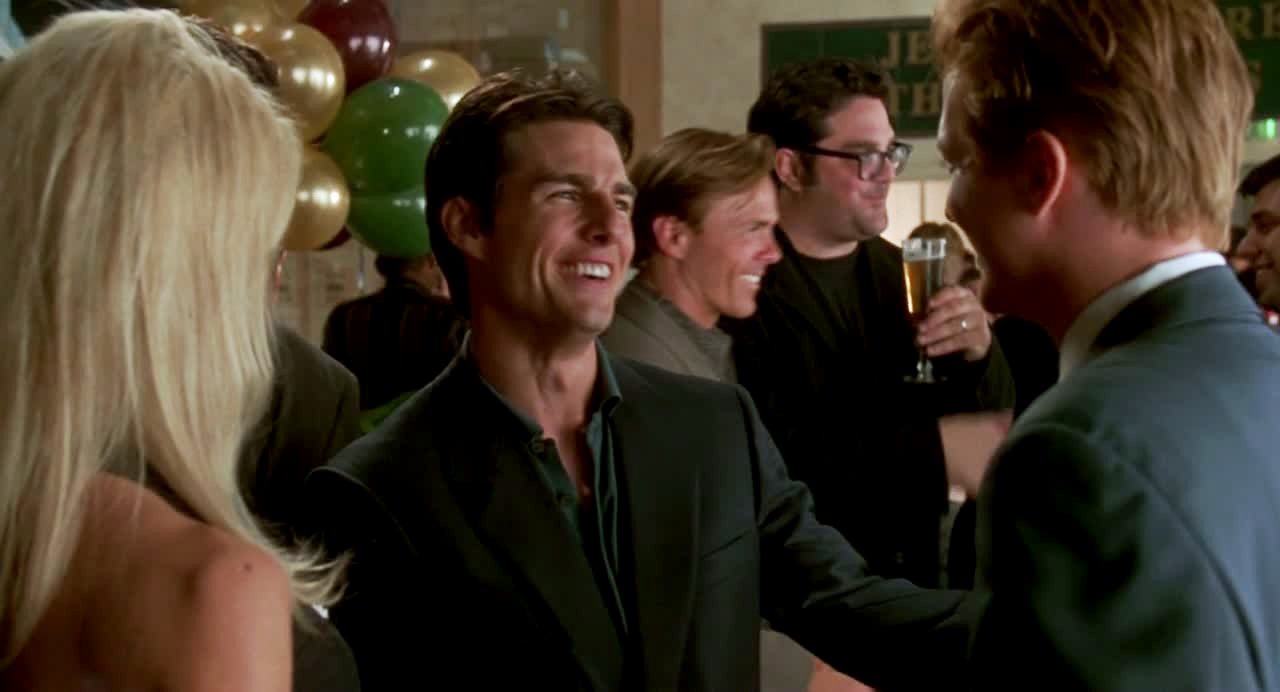 This movie takes us to believe that against all the odds, success is possible through values and virtue. With only two friends by your side, we learn how hard it is for a guy to succeed when his abilities are put to the test. 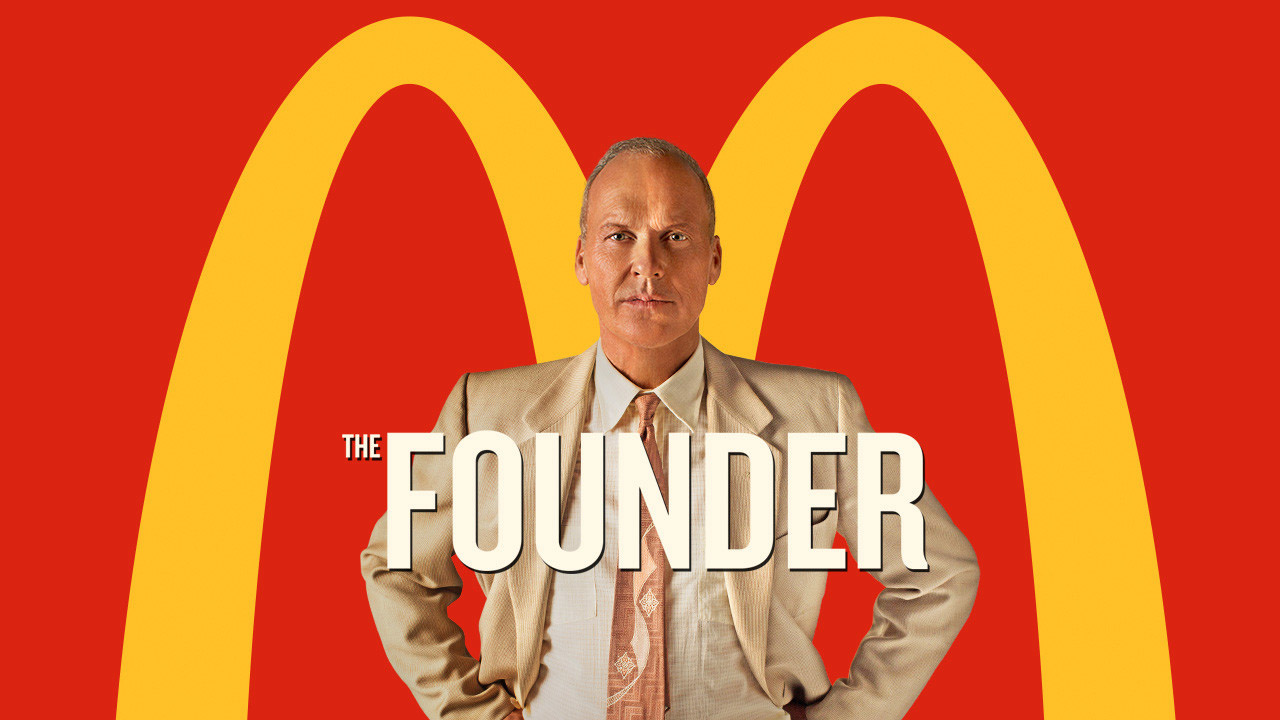 This is the story of brothers Richard and Maurice McDonald, who started a burger stand which later turns into McDonald’s fast-food chain that dominates the streets of America. This success was occasioned by the partnership between the brothers, which led to the multi-millionaire business. This story tells us how a simple idea for a cheaply sold product can explode into a global brand. I hope this list of my favorite movies for entrepreneurs will help you learn how to motivate yourself!

Life Hacks to Live By
How to Calculate House Construction Costs
May 23, 2022
6 Contraceptive Facts You Need to Know
June 18, 2021
Get a Move On: 5 Pro Tips for Making Moving Easier
August 26, 2020
Ads
Stay Connected
Where to buy medications ? How to cure impotence with pills? You can buy sildenafil australia online easily. For Thai customers look at priligy thailand online. In Singapore find viagra singapore for sale.