Understanding The Risks Of Vaping 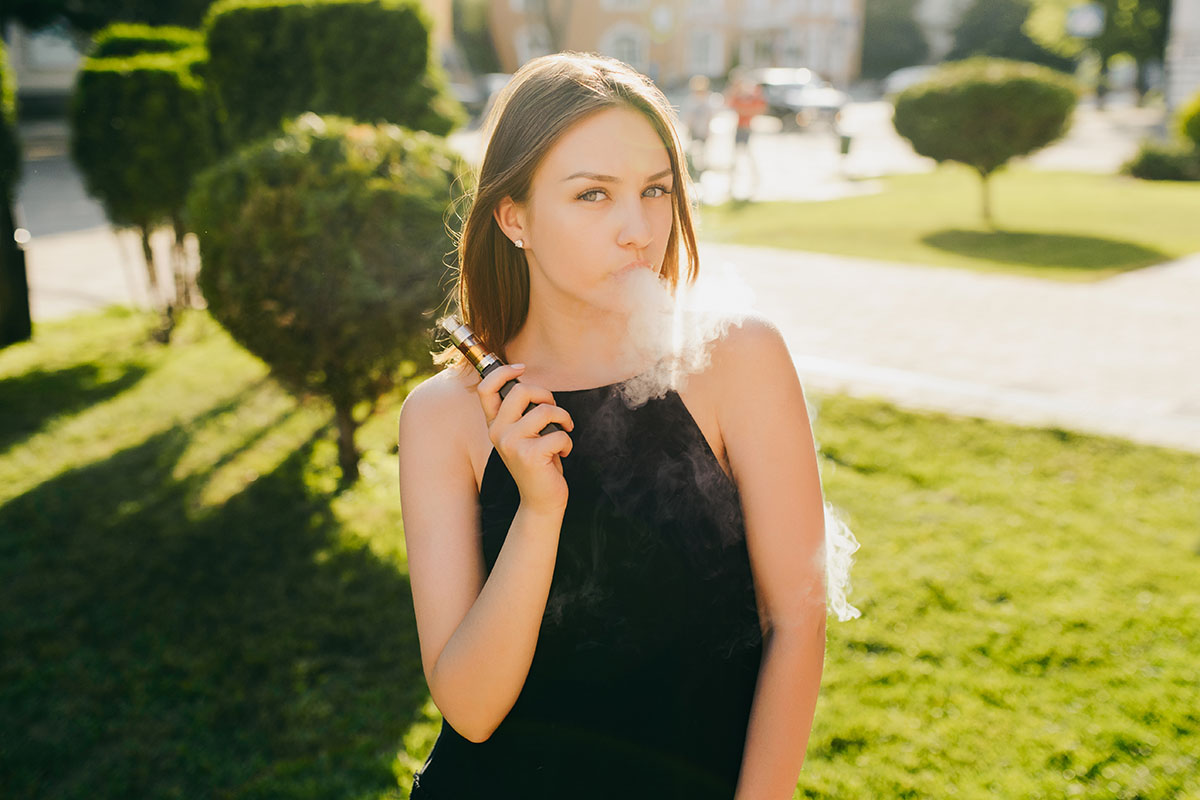 Understanding The Risks Of Vaping

Now, they’re a regular part of our vocabulary, with statistics showing that 8% of Americans use e-cigarettes on a weekly basis.

Since the vaping industry is still so young and fresh, there are a lot of rumors, mistruths, and misconceptions associated with e-cigarettes.

There hasn’t really been enough time for researchers to study the long-term effects of what regular use of vaping devices can do to your health.

Still, enough time has now passed, and enough studies have been carried out to identify at least some of the physical effects associated with e-cigarettes.

So, if you’re not too sure about the risks of vaping and whether or not it’s the right option to help you quit smoking, read on.

The simple fact of the matter is that even though e-cigarettes appear to be less harmful than traditional cigarettes.

They’re still not good for the body and can lead to a range of lung diseases and injuries, including conditions such as popcorn lung.

In recent times, the CDC has reported outbreaks of lung injuries and deaths associated with e-cigarette use.

But even if you’re using a standard e-cigarette or something like a Juul device, the risks remain high, with researching suggesting that e-cigarettes can lead to higher blood pressure and an increased rate of heart attacks.

The Addiction Is Real 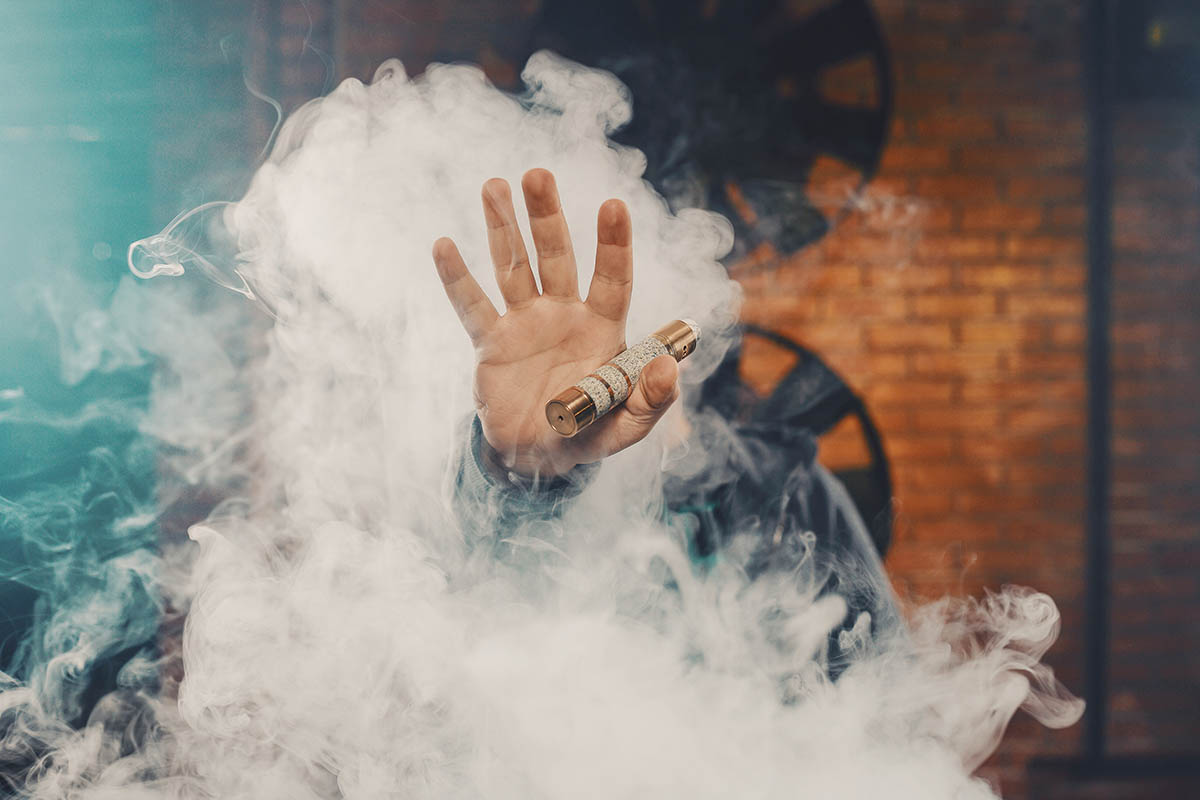 Many people are under the illusion that it’s harder to get addicted to e-cigarettes compared to classic cigarettes, but the truth is that e-cigs are equally as addictive as regular ones, because they all contain nicotine.

In fact, due to the way that e-cigarettes are created, they might even put more nicotine into the body peruse than a typical cigarette, as lots of brands sell e-liquids and cartridges in ‘high strength’ nicotine variants.

So if you hope to quit smoking and expect vaping to be a good option to wean you away from your habit entirely, be forewarned: e-cigs might be able to help you quit smoking, but they could also lead to you developing a whole new addiction.

The biggest problem with vaping and e-cigarettes is that they contain nicotine, just like regular tobacco products, and nicotine can be a very harmful substance for the brain.

This is especially true in younger people, for whom the brain is still developing.

Excessive exposure to nicotine can lead to addiction, as mentioned earlier, as well as mood swings, personality disorders, lowered concentration levels, difficulty sleeping or focusing, and learning issues too.

Not to mention the fact that someone who allows themselves to use substances like nicotine on a regular basis will usually be more predisposed towards using other harmful substances such as alcohol, marijuana, or hard drugs.

Not The Best Option For Smoking Cessation 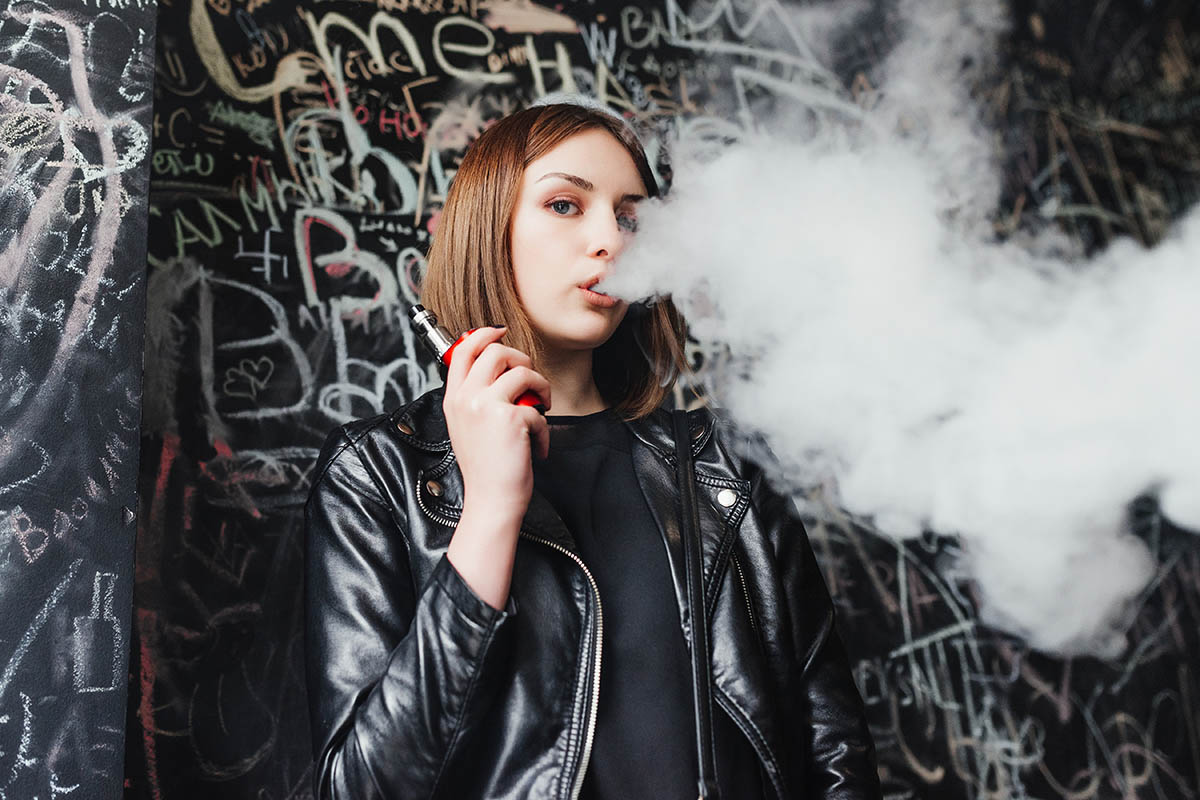 A lot of people turn to vaping because they’re worried about the risks of smoking to their health but find it difficult to quit.

It’s true that e-cigs might help you slowly cut down on the cigarettes, but you can’t be sure of this.

Studies have found that e-cigarettes and vape devices might not be as effective at helping with smoking cessation as first, though.

In fact, many people who take up vaping to try and kick their smoking habit actually carry on using traditional cigarettes as well as e-cigs.

This means that you might end up getting addicted to e-cigs and not being able to kick your cigarette addiction at the same time, putting your body at even greater risk and increasing your nicotine consumption.

Be sure to consider other smoking cessation aids like nicotine patches and gum, along with therapy and other options, rather than opting for vaping straight away.

Overall, it’s clear to see that even if vaping might have some advantages over classic smoking, it’s certainly not a cure-all solution, and it certainly doesn’t come without its own fair share of risks as well.

Since vaping devices and e-liquids still make use of nicotine and other harmful ingredients, they can pose a lot of problems for users, especially younger people, and it’s worrying for many experts to see that such a lot of teens are turning to vapes.

By being aware of these possible risks and educating others, we can help people of all ages grow more knowledgable about vaping and make the right decisions for their bodies.

Life Hacks to Live By
10 Highest Paying Jobs in Education for 2021
January 19, 2022
How to Use CBD Tinctures to Put Insomnia to Bed
June 01, 2019
The Top 10 Signs you Need to Consider Garage Door Replacement
March 13, 2017
Ads
Stay Connected
Where to buy medications ? How to cure impotence with pills? You can buy sildenafil australia online easily. For Thai customers look at priligy thailand online. In Singapore find viagra singapore for sale.