HomeLifestyleStay Healthy & Be Active10 Things That Can Damage Your Liver

10 Things That Can Damage Your Liver 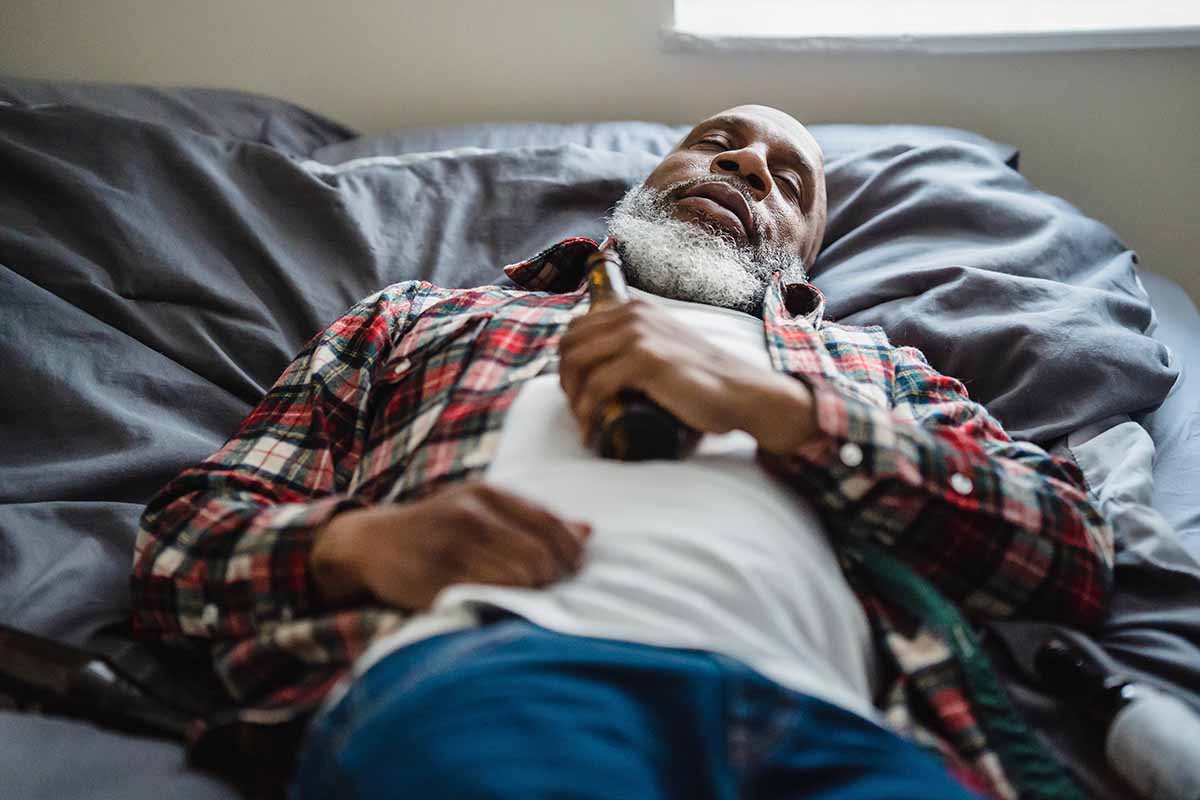 10 Things That Can Damage Your Liver

The liver is a very important organ that helps perform various tasks, including filtering out toxins from our blood, producing bile to break down fat, and converting food into energy.

Liver damage can affect these functions and leave us seriously ill. It’s believed that 1 in 10 Americans have some form of liver disease. Just what causes liver problems? Below are 10 common factors.

In many places worldwide, alcohol is the most common cause of liver disease. One of the liver’s main jobs is to remove toxins from our body, including alcohol. Heavy alcohol consumption can put such a demand on the liver that it wears out – fat and scar tissue develop that stops it from working efficiently.

You should try not to regularly drink more than 14 units per week to reduce the risk of liver failure. Extended alcohol-free periods (such as Sober October!) can also help to repair the liver.

Don’t drink a lot of alcohol, but drink a lot of soda? This could be having just as much harm on your liver as alcohol. Soda drinks are full of sugar – so much sugar that your body often doesn’t know what to do with it if you’re drinking loads of it.

A lot of this sugar ends up being stored as fat cells in the liver. This can lead to non-alcoholic fatty liver disease in the long run. To reduce the risk of this happening, try to limit soda drinks to no more than 1 or 2 per day.

Cocaine (and other drugs)

Many recreational drugs contain harmful toxins that have to be filtered out by the liver. Too many of these drugs can wear out the liver similarly to alcohol.

Cocaine is one good example – taking this drug regularly can cause dangerous elevations in liver enzymes, which could contribute to liver failure eventually. Such drugs can be highly addictive, making these organ problems more likely, so it’s best to stay away from these drugs if you can. 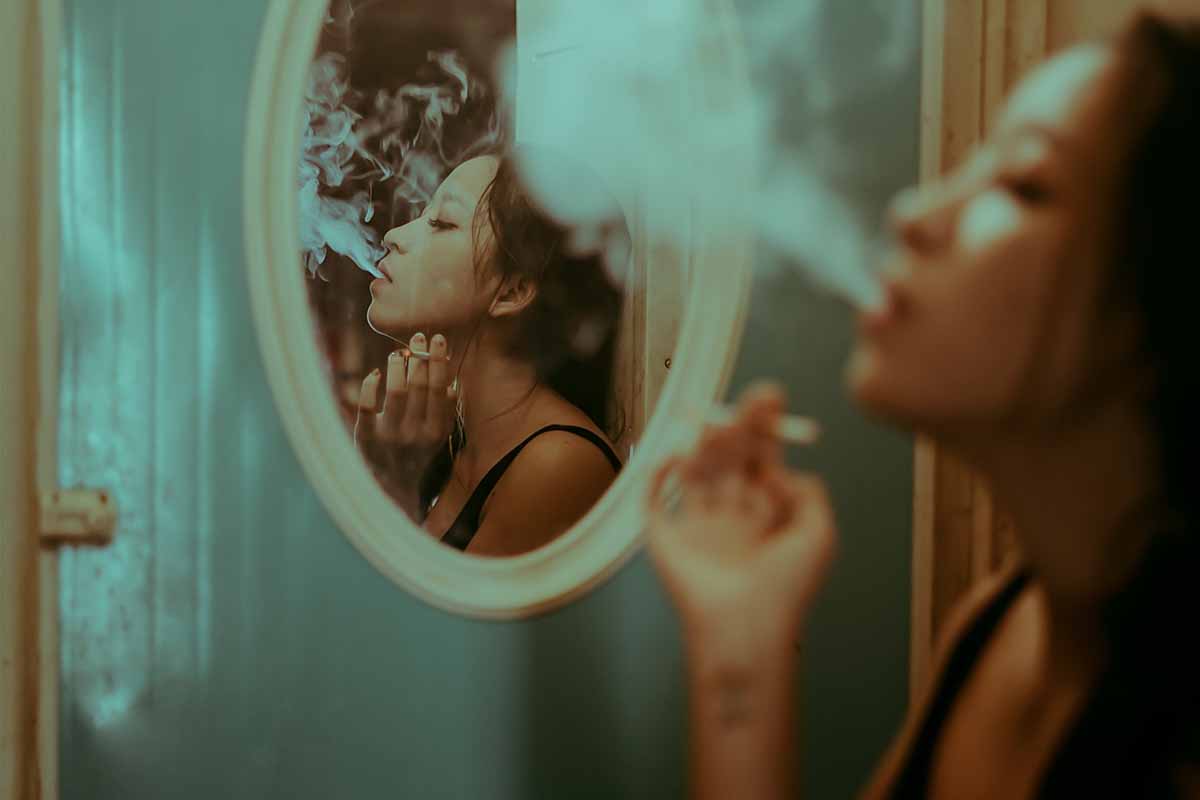 Long-term smoking is more typically associated with lung damage. But there is growing evidence to show that it can also damage the liver too. Smoking introduces all kinds of toxic chemicals into the body, which of course, have to be processed by the liver, causing strain on this organ.

Consequently, heavy smoking may eventually lead to inflammation of the liver and cirrhosis (something to consider in case you need another reason to give up smoking).

Acetaminophen (also known as paracetamol) is a popular over-the-counter painkiller. Many of us use it regularly to treat headaches and other pains. Long-term use of acetaminophen is generally safer overall for the body than NSAIDs like ibuprofen. However, the liver may eventually take a toll if you’re using it every day due to the number of chemicals in these pills.

It’s very important to stick to the maximum dose – taking too much acetaminophen in too short a time is one of the most common causes of acute liver failure. To be safe, take no more than 4 pills in 24 hours (and leave at least 4 hours between each pill).

Steroid abuse can also lead to liver damage. Regular steroids are generally illegal to buy unless you have a prescription because of their harmful effects. There are, however milder steroids that are legal on the market, such as prohormones.

A lot of people building muscle take prohormones, and they’re generally not as damaging to the liver as regular steroids. However, there is still a risk if you’re taking them regularly.

Cycle support supplements are recommended alongside prohormones, as they can reduce the damage caused by these supplements by supporting the liver. As for regular steroids, it’s best to stick to your prescription and not rely on them longer than you need to.

Vitamin A (also known as retinol) is an important nutrient that is essential for our immune system, our skin health, our eye health, and our general organ health. However, taking too much of it can be dangerous.

Unless you have a vitamin A deficiency or health problem that may benefit from a vitamin A boost (such as cataracts), there is generally no need to regularly take vitamin A supplements, as they may end up giving your body more retinol than your liver can comfortably process. This is particularly the case if you’re also eating lots of vitamin-A-rich foods (like leafy greens, tomatoes, and peppers) while also taking supplements – you’re best off sticking with these veggies.

Dirty needles are one of the most common ways of contracting hepatitis B, which is a life-threatening liver infection. Most of us don’t go out of our way to share needles, so the risk of getting stabbed by a dirty needle is low.

However, there are times you may want to be careful, such as handling other people’s garbage, going into places with dirty needles on the floor, sharing a needle while getting a tattoo from a friend, or taking injectable drugs with someone else while both are using the same needle. Generally speaking, stay away from used needles – whether it’s syringes or tattoo needles.

Fast food is typically loaded with sugar and carbs, which can put a strain on the liver. However, the real danger of fast food is the excess fat – the body does not know what to do with this fat and so stores it all around the body, including in and around the liver. You can usually avoid non-alcoholic fatty liver disease by eating a relatively healthy diet.

Lack of exercise combined with a poor diet can increase the risk of non-alcoholic fatty liver disease. Physical activity can help us to burn calories, preventing us from storing excess calories as body fat (including liver fat). If you’re already overweight, exercise can also be used to break down existing fat around the body, including fat on the liver. All in all, it’s good to stay physically active.

Life Hacks to Live By
4 Reasons Home Mobility Equipment Will Make Your Life Easier...
October 05, 2022
What To Know When Moving From The US To Canada?
August 03, 2022
8 Essential Tips for Writing a Research Paper That Earns an A+
May 30, 2019
Ads
Stay Connected
Where to buy medications ? How to cure impotence with pills? You can buy sildenafil australia online easily. For Thai customers look at priligy thailand online. In Singapore find viagra singapore for sale.