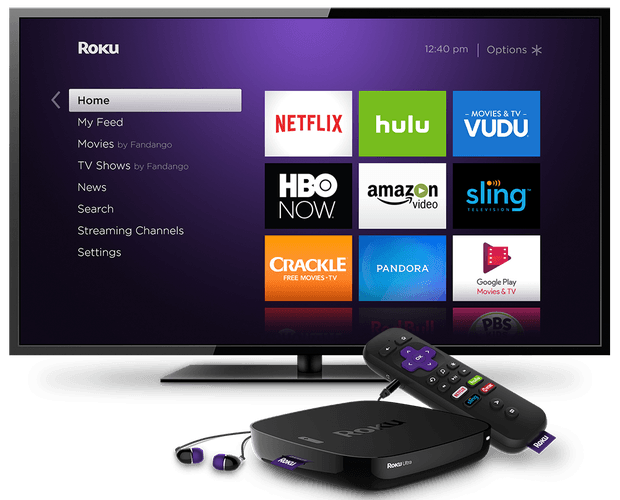 Several big telecommunications operators and the world’s largest software maker hope to persuade many couch potatoes to zap their old-fashioned notions about television and tune into its convergence with the Internet.

Internet TV, or IPTV, is arguably one of the hottest new technologies in communications. A handful of operators already offer service with largely home-grown systems, but many eyes are glued to the screen to see what Microsoft is concocting with some big-name carriers.

Using the same DSL connection that gives customers broadband Internet access over phone lines, Microsoft-aligned operators such as BT Group, Telecom Italia, SBC Communications, and India’s Reliance Infocomm aim to add TV for a much-cited “triple play” of bundled voice, data, and video services. Their premise: If–in our age of the digital packet–documents, images, music, and even phone calls can be broken up into bits, thrust through networks, and reassembled by Internet protocol at the other end, why not TV?

It’s a legitimate question, and one that telephone companies-painfully aware that the days of their cash-cow circuit-switched telephone business are numbered as cheap Voice over IP (VoIP) services go mass market–aim to answer, despite their failed attempts at TV service in the past.

“Delivery of anything digital into the consumer home is so much more reliable and less costly at the operating level than anything operators ever dreamed of in the analog era,” she says.

The quality of the digital stream into homes, however, is a big factor, and one that operators say will distinguish IPTV from video streamed to a PC. On the public Internet, packets can be delayed or lost entirely, which is why Web video is often jerky and of low resolution. IPTV, by comparison, is engineered for end-to-end delivery of high-quality video as good as any digital cable or satellite feed.

A dedicated transmission path is one necessity. Another is a high-performance set-top box. Still, another is software that unites all the pieces.

For instance, in the IPTV service that French network operator France Télécom has been offering over DSL since March 2004, live TV programs and video-on-demand are transmitted as MPEG-2 streams over an IP connection. The video streams and normal Internet traffic are kept from interfering with each other by transmitting them in separate virtual channels over the same line.

Software plays a crucial role in helping the many different systems communicate. That’s where Microsoft hopes to make its mark. Around a dozen well-known operators are testing Microsoft TV IPTV Edition software. One competitor, German electronics giant Siemens, uses a rival TV system and has struck deals with a handful of international operators.

“Microsoft has designed a client-server system to run on the infrastructure of numerous vendors,” said William Cooper, principal consultant at consultancy Informativ.com in London and author of a study on IPTV. “This is something that the company has mastered in the PC world.”

Cooper says carriers want to work with Microsoft, which wants to extend its home computing expertise to the emerging home entertainment market and other home networking opportunities. It helps that the software company has persuaded French telecommunications giant Alcatel, a trusted name to many carriers and one of the world’s largest suppliers of DSL equipment, to abandon its own IPTV plans and work with Microsoft.

But all said the picture Microsoft has produced so far is a bit fuzzy.

In May Swisscom, one of the first telcos in Europe to test Microsoft’s software platform, delayed its launch of commercial service from late 2005 to sometime next year largely because of technical difficulties with the software.

“They aren’t as far along as they thought they would be,” says Pia Colombo, Swisscom communications director, of Microsoft’s efforts. “Now we are going to have to wait until all the kinks are worked out.”

“We are investigating IPTV because it makes sense for a telco in our position to do so,” says Telstra spokesperson Warwick Ponder. “But if and when we make a decision to offer an IPTV service, from a commercial and technical perspective, we will look at a number of serious options, including Microsoft.”

Similarly, the three big carriers Microsoft has lined up in the U.S.-BellSouth, SBC, and Verizon–have delayed their rollout plans.

No one said the move to IPTV would be a breeze.

“There are lots of pieces to the big IPTV puzzle,” says Ed Gracyzk, director of marketing for the Microsoft TV division, of his group’s challenges in deployment. “We’re one of those pieces, and we aim to finish our software later this year. But every telco has its own requirements, too, and will need to work closely with its suppliers for set-top boxes, encoders, content, and more to make everything work.”

Some analysts question whether the technology is ripe enough to provide service to thousands of customers simultaneously.

“Microsoft’s IPTV software platform works; I’ve seen it and I’m impressed,” Cooper says. “But it’s one thing to show the service using a single client and a single server at a trade show and quite another to deploy the service in a large, live network where lots can go wrong.”

Microsoft remains convinced that its IPTV technology will succeed and change the way people access to broadcast TV, movies, and other video content, as well as how they interact with the service.

Some critics say rival systems provide many of the same features, but Cooper calls the Microsoft interface, which is similar to that of the Windows Media Center operating system, “really sexy” and its instant channeling “truly unique in the industry.”

Microsoft’s technology cuts the 1- to 2-second delay typically required to switch channels in satellite and cable transmissions to under 150 milliseconds “or faster than the blink of an eye,” Gracyzk claims.

The picture-in-picture program guide feature allows users to open up one or smaller screens and simultaneously view programs on other channels.

Microsoft expects its software platform will also support what Gracyzk calls “connected entertainment,” linking all digital devices, such as PCs, game consoles, video recorders, and phones in the home. Such linkage is a possibility if telcos choose Microsoft’s platform, which the company calls the only “end-to-end” system in the market. Gracyzk agrees that the platform connects every component in the IPTV value chain, from the point content enters the network to its display on the TV screen.

That’s tempting for telcos, but also scary because it commits them to a single software platform, according to analyst Cooper.

Telcos also face a content challenge: convincing TV stations, movie studios, and other producers to work with them. They’ll need to offer a program lineup that is not only as compelling but also as broad as those already beamed free by satellite operators. Otherwise, users may not be interested.

“The interactive features of IPTV sound really cool, but I already have free access to more than 3000 programs via satellite, so I’m not going to be easily persuaded to use this new technology, especially if I have to pay for fewer programs,” said Pedro Mpaltatzis, an avid PC and TV user in Duesseldorf, Germany.

Operators are not unaware of such customer concerns. Everything Microsoft promises in its platform is arguably nice and perhaps necessary to draw interest. But if the core service–content–is insufficient or costly, this new form of television may not win enough eyeballs to make it a lucrative business, as happened to systems before it that failed.

Life Hacks to Live By
How to Choose a Roofing Contractor in Sudbury, MA?
May 04, 2022
Ring Dinger Chiropractic
March 11, 2020
Helping Seniors Get up to Speed with Technology
April 10, 2019
Ads
Stay Connected
Where to buy medications ? How to cure impotence with pills? You can buy ivermectin australia online easily. For UK customers look at priligy thailand online. In Singapore best place is viagra singapore for sale.