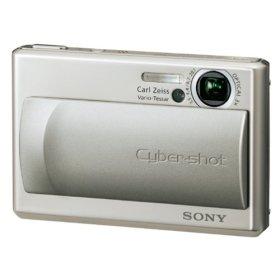 Sony will remember this year for all the wrong reasons other than the launch of PS3 (but is still short on demand). After the battery saga where many laptop manufacturers recalled Sony make batteries resulting the consumer giant to report huge losses this quarter, Sony states that its Cyber-shot digicams act weird in warm and humid conditions. The LCDs in eight different models does not show images correctly or worse, the camera refrains from taking photos. More than 1 million units were sold between September 2003 to January 2005 and around 4000 units need repairs. The reason behind this malfunctioning is the seeping of the condensation in the cameras and damaging a chip which is used to capture images. Good thing to hear is that Sony won?t see a dip in their earnings due to this recall.

Everything You Need To Know About Leathe...
September 11, 2020
Popular Smartphone Cases
July 19, 2020
5 Much-Needed Entertainment Gadgets for ...
July 14, 2020
Previous article Next article
About Author