The Different Kinds of CMM Machines 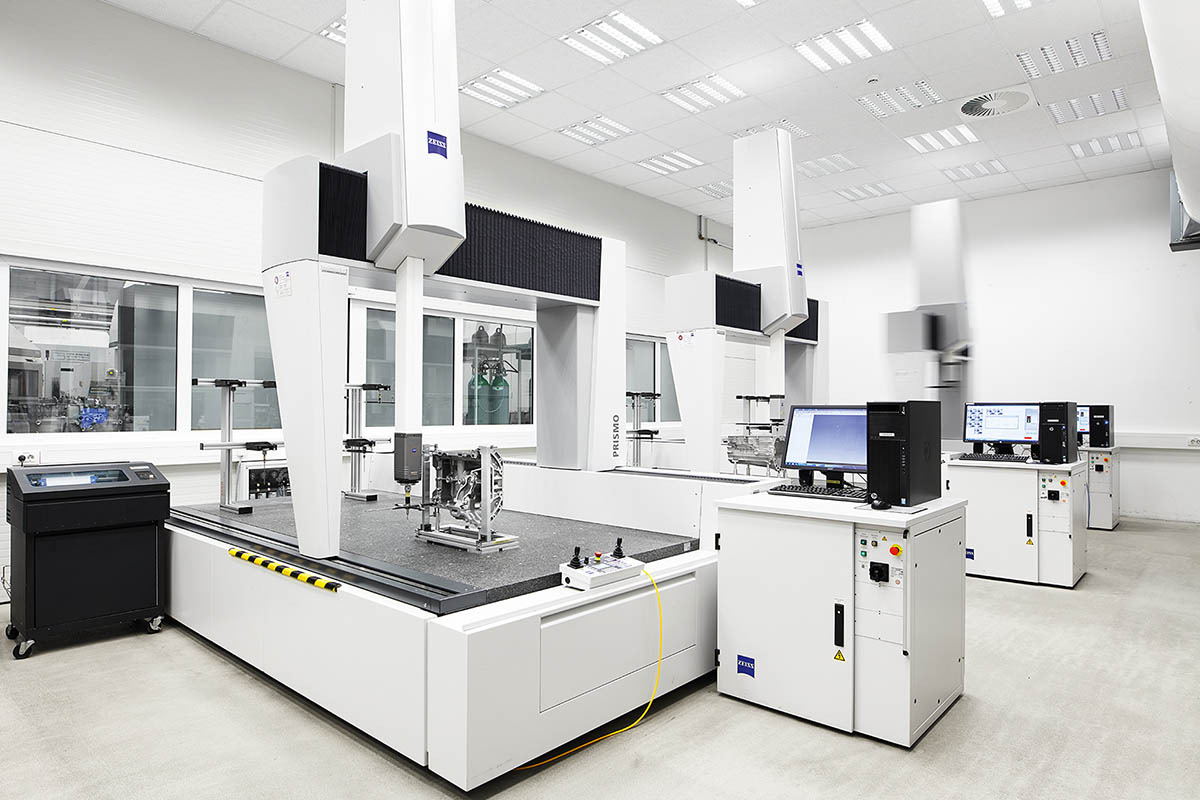 The Kinds of CMM Machines

North America’s manufacturing industry might have disappeared altogether if it wasn’t for the coordinate measuring machine, also known as a CMM.

CMM machines helped to drive automation on the production line by performing quality control with more precision and efficiency than human employees ever could.

This was an enormous way for factories here to save money at a crucial time, just when globalization forced them to compete against overseas rivals who didn’t have to spend as much on labor and had fewer regulations to navigate.

If the Industrial Revolution started in Europe, America became synonymous with factory innovation after people like Henry Ford perfected the production line, which brought about hitherto unknown efficiency. The Ford Model T was being pumped out at rates unseen and became famous internationally.

After decades of dominance, globalization threatened North America’s manufacturing sector, and many predicted its demise altogether.

It was at this time that the CMM machine started becoming ubiquitous in factories around the continent.

You may be wondering: how exactly does coordinate measuring machine technology work?

CMM machines measure the physical geometrical characteristics of an object either manually, using a human operator, or via a computer program.

The CMM machine’s third moving axis has a probe which scans the parts or objects, then compares the results against the blueprint that has already been downloaded in the machine.

If there’s a difference between the blueprint and the part itself, the machine knows there’s a flaw.

There are a few kinds of CMM machines available — the one that’s right for you largely depends on what you need to measure.

Read on to get a basic look at the four common kinds of CMM machines. 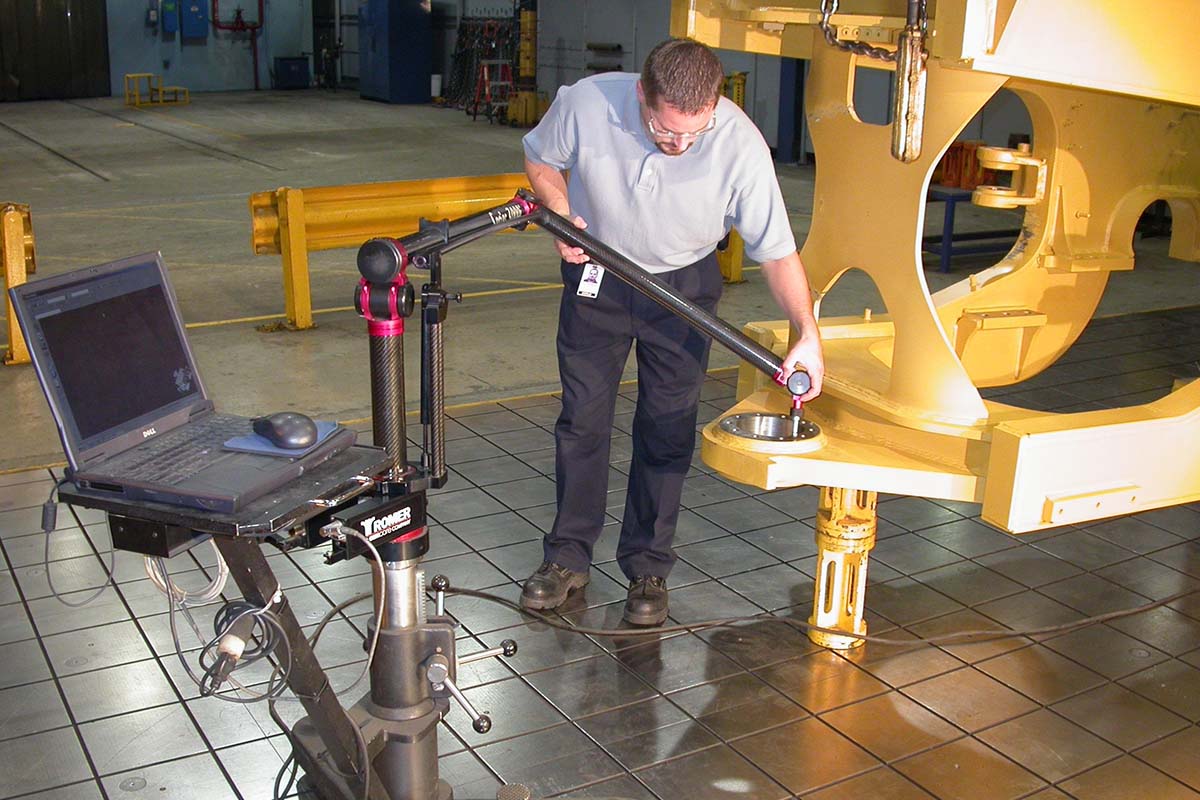 Portable CMMs can reverse engineer blueprints from parts that already exist. The ROMER Arm is the most famous Portable CMM.

It can perform the functions of quality control, inspection, on-machine verification, virtual assembly, and 3D modeling.

These accurate but rugged machines have an arm that deftly moves around the part or product, so it can measure the dimensions on all sides.

Portable CMMs have an integrated scanning system which permits inspection right on the shop floor and collects thousands of data points a second using a laser system or white light.

The Bridge CMM is the most popular CMM machine today and has been the mainstay of coordinate metrology since the 1970s. Because Bridge CMMs handle such a wide range of part size, they are used by a broad range of industries.

Their combination of precision and reliability has made it a truly beloved machine, especially because it is priced so affordably.

You will still see Bridge CMMs in factories across North America because new models benefit from increased speed and processing improvement.

Bridge coordinate measuring machine technology can be built at low costs and can maintain accuracy and repeatability over the long-term. Many Bridge CMMs are built atop a precision granite plate with two legs supporting the X-axis carriage.

Bridge CMMs can come in different sizes, and they can be especially advanced too.

Some Bridge CMMs come with thermal isolation, temperature compensation, and elastomeric isolation dampers that give you the confidence that it can deliver results, even in changing shop floor environments.

Gantry CMMs are the giants of the CMM world! You are likely to feel very small standing next to a Gantry CMM machine.

Gantry CMMs are like Bridge CMMs, only they’re meant to scan much bigger parts. They are commonly used by the aerospace and automotive industries, where the production lines make parts for cars, planes, and spaceships.

The Gantry CMM’s open access to the measuring volume makes it easy to load parts, either by crane or lift truck.

Because the guideways and drive systems are at a safe distance from all dirt or other contaminants, they require very little maintenance.

When a part is too fine or small to be scanned with a tactile probe, a Vision and Multisensor System must be used.

These machines offer measurement, speed, and stability all at once. The best models offer a distinctive carbon fiber composite X-axis beam that boasts superior noise-dampening qualities, while its lightweight helps it measure quickly.

The instrument head moves in the X, Y, and Z axes, while the part that is being scanned remains in place.

CMM machines are wonderfully complex machines that can drive results in your factory. Within each broad category described above, there is plenty of variation.

CMM machines have played an enormous role in the history of manufacturing on the continent, and they can give your operations a huge boost.

Just talk to your local metrology expert to select the CMM machine and earn how to coordinate measuring machine technology that’s right for you.

Life Hacks to Live By
3 Mistakes That Make A Pest Problem 10x Worse
September 23, 2021
Exercises you Can Do to Keep you Fit While Injured
August 24, 2021
The Top 3 Signs of a Happy Cat
July 10, 2018
Ads
Stay Connected
Where to buy medications ? How to cure impotence with pills? You can buy sildenafil australia online easily. For Thai customers look at priligy thailand online. In Singapore find viagra singapore for sale.