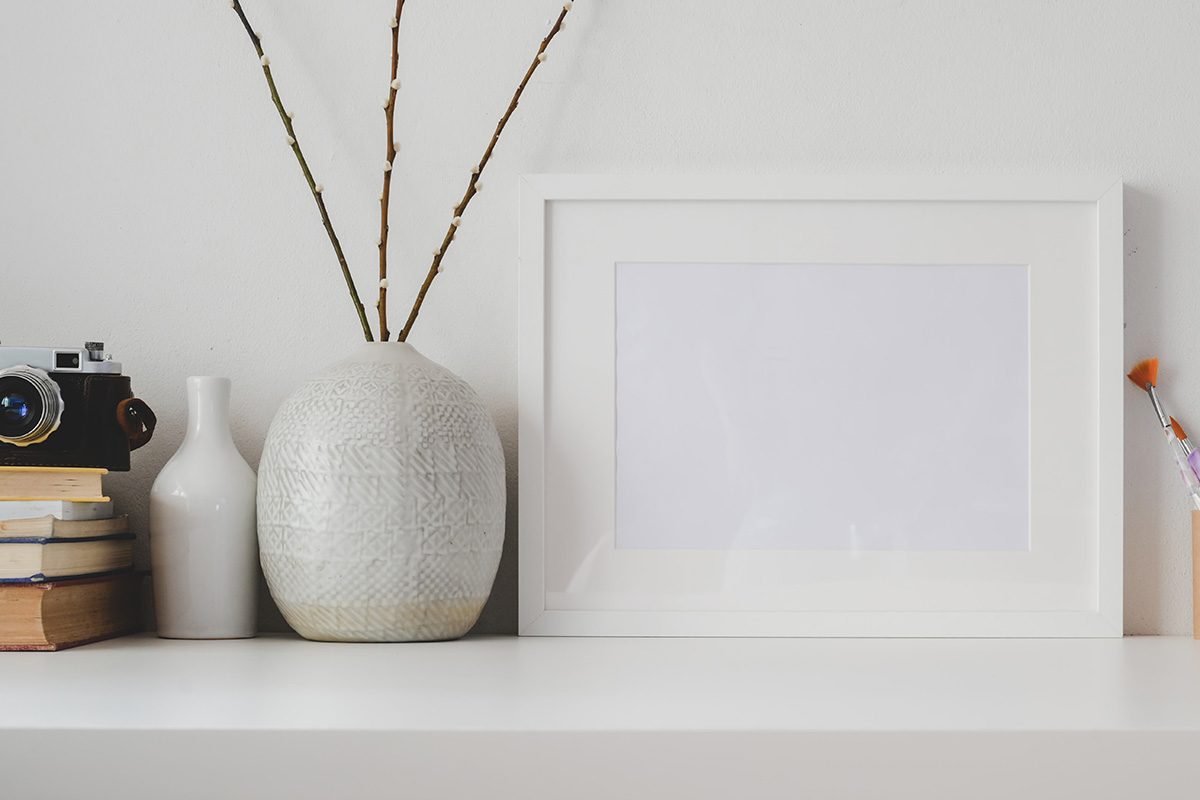 For some time now, minimalism has been a prevalent trend. This trend seems to speak to the sense of overwhelm and frustration that many people feel these days in response to popular culture’s materialistic and shallow dimensions.

According to various minimalist gurus, the practice of reducing their physical belongings has been profoundly life-changing and enriching. But, of course, there’s no doubt that there can be many benefits to simplifying your life, refocusing on the most meaningful things, and getting organized.

While minimalism certainly can be an actual practice if treated in a balanced way, however, the idea of minimalism is often taken too far. It can result in all sorts of issues and negative side-effects – even if it’s simultaneously also conveying certain benefits. So, just for the sake of balance and as a useful thought experiment, here are a few arguments against minimalism.

Arguments Against Minimalism: Trying to be too “efficient” and “compact” may sabotage your success personally and professionally 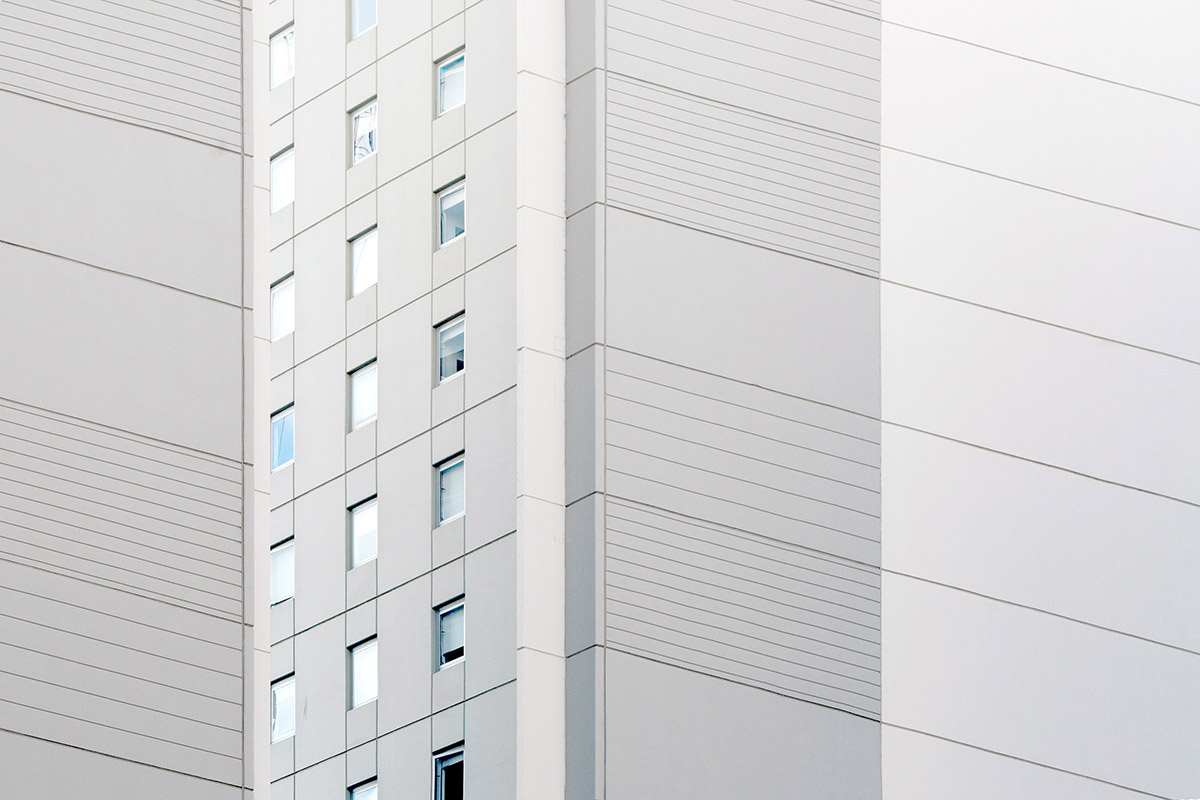 It’s well known that any business needs to manage its resources well to thrive and be successful, even consider some arguments against minimalism. Any individual who wants to keep on top of their obligations and make significant progress in achieving the goals needs to be pretty “efficient” and good at managing their time, finances, and other resources.

All the same, there does come the point where trying to be too “efficient” and “compact” may sabotage your success both personally and professionally. For example, in a business context, a company may opt to have less of their own specialist equipment owned outright and available on-site at all times because this would incur a more significant upfront cost while also requiring regular maintenance, storage, et cetera.

Nonetheless, for many businesses, having on-site equipment such as a fuel pump may significantly impact that business’s autonomy and effectiveness, whereas trying to “cut corners” would have the exact opposite effect.

A similar dynamic can occur in your personal life, too. It might be that you are interested in pursuing a goal such as building strength and muscle, for example. In such a case like this, you would likely benefit significantly by having access to specific resources – for example, free weights for use at home.

If you were trying to be as “minimalist” as possible, however, you would have to be far more creative and diligent to make substantial progress using a simple bodyweight training routine. Or you’d have to hope your gym doesn’t close unexpectedly.

Of course, this is just one example, but the point can be extrapolated. There are various ways in which having “more stuff” can often be beneficial in helping you to achieve your goals both in the workplace and at home.

Often the issue is storage and organization, rather than having too much stuff 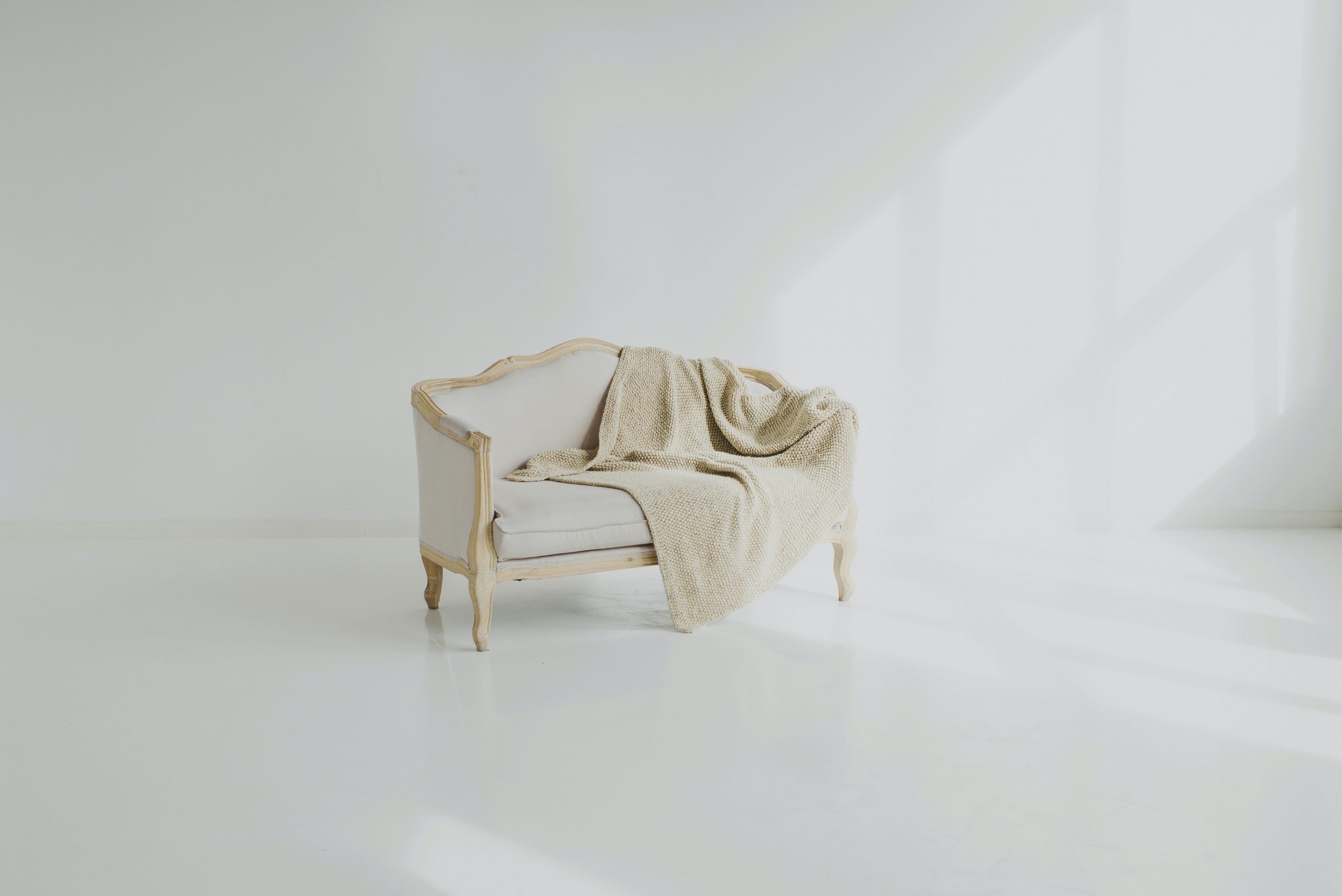 If you’ve ever seen before and after photos from any minimalist decluttering session (such as shown on the Netflix series “Tidying Up with Marie Kondo”), you’ve probably felt a good deal of second-hand satisfaction.

Ask yourself, though, whether the source of that satisfaction is really the fact that the individual in question now has “less stuff” than they had before, or whether it’s just the fact that the home environment on display is now a lot tidier and organized, and a lot less chaotic and haphazard.

No doubt, having a cluttered and chaotic home can cause you to feel bad in various ways. For one thing, it makes you feel as though you are not in control of your surroundings.

For another thing, it can cause you to feel overwhelmed and can contribute to an uncomfortable nagging voice in the back of your mind that tells you that you’ve got a bunch of chores to take care of and can’t really “relax” until they’re one.

As a general rule, though, a lot of this tension can often be resolved by investing in more storage space and taking the time to pack your belongings away neatly. You don’t necessarily have actually to get rid of a bunch of stuff.

Of course, disposing of belongings that serve as an emotional drain can be very cathartic. But just be sure that you are focusing on the right stuff and aren’t confusing a desire to get organized to get rid of most of your worldly possessions. 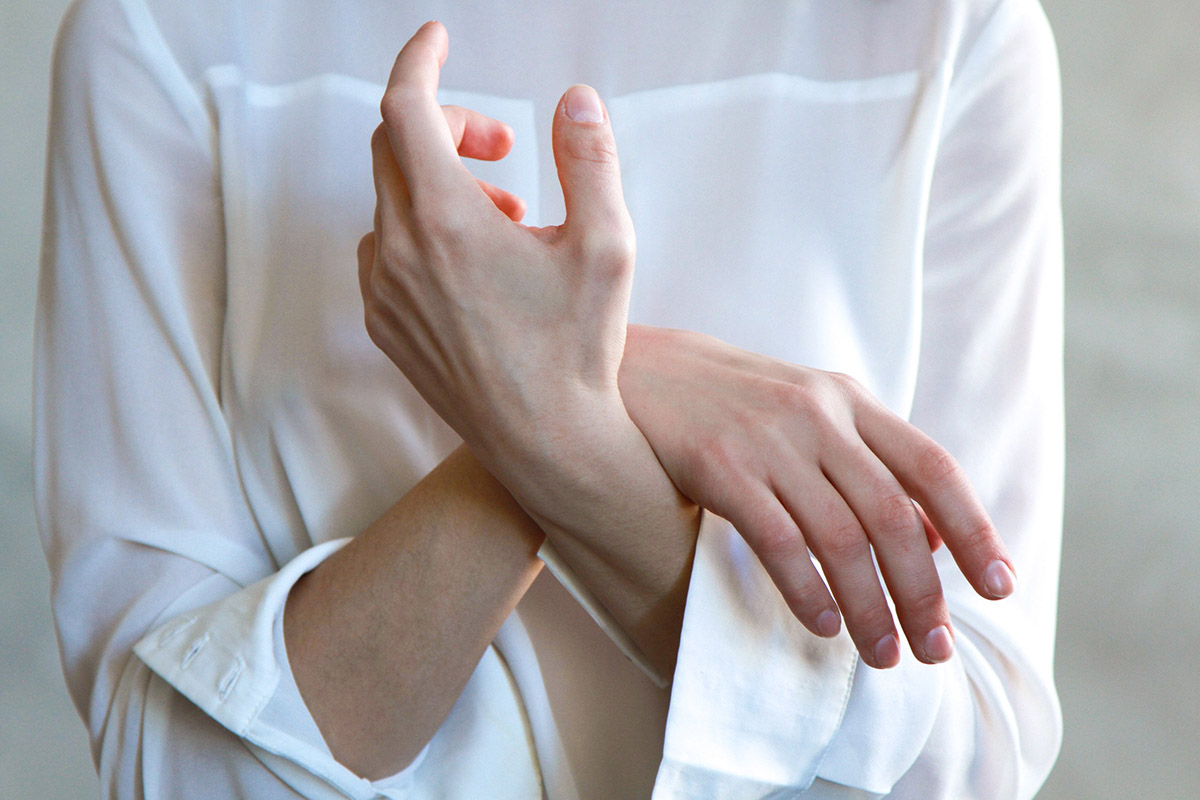 One robust criticism of the minimalist movement is that it is the kind of luxurious thing that only really “works” reliably if you have enough money. Enough access to resources to compensate on the spot when it turns out you actually don’t have something that you might really need.

If your home contains virtually nothing apart from a laptop, toothbrush, and some clothes, then it will be inevitable that from time to time – and perhaps quite frequently – you will need something that you don’t have access to at the moment.

When those moments arise, you need to make a purchase – whether that means buying a kitchen utensil because you got rid of too many of your own upfront or whether it means buying a bunch of pre-prepared food when out on the town because you didn’t have enough storage containers and refrigerator space at home to prepare snacks in advance realistically.

Then again, maybe you rely on your local gym for your exercise routine of choice – but as soon as the gym is unavailable, you’ll find yourself wishing that you had more exercise equipment at home. During the global COVID-19 pandemic and subsequent quarantine, in particular, many people have found themselves wishing they’d had more stuff in their homes rather than less.

Arguments Against Minimalism: A minimalist lifestyle is likely to actually be less resilient in the face of uncertainty, not more 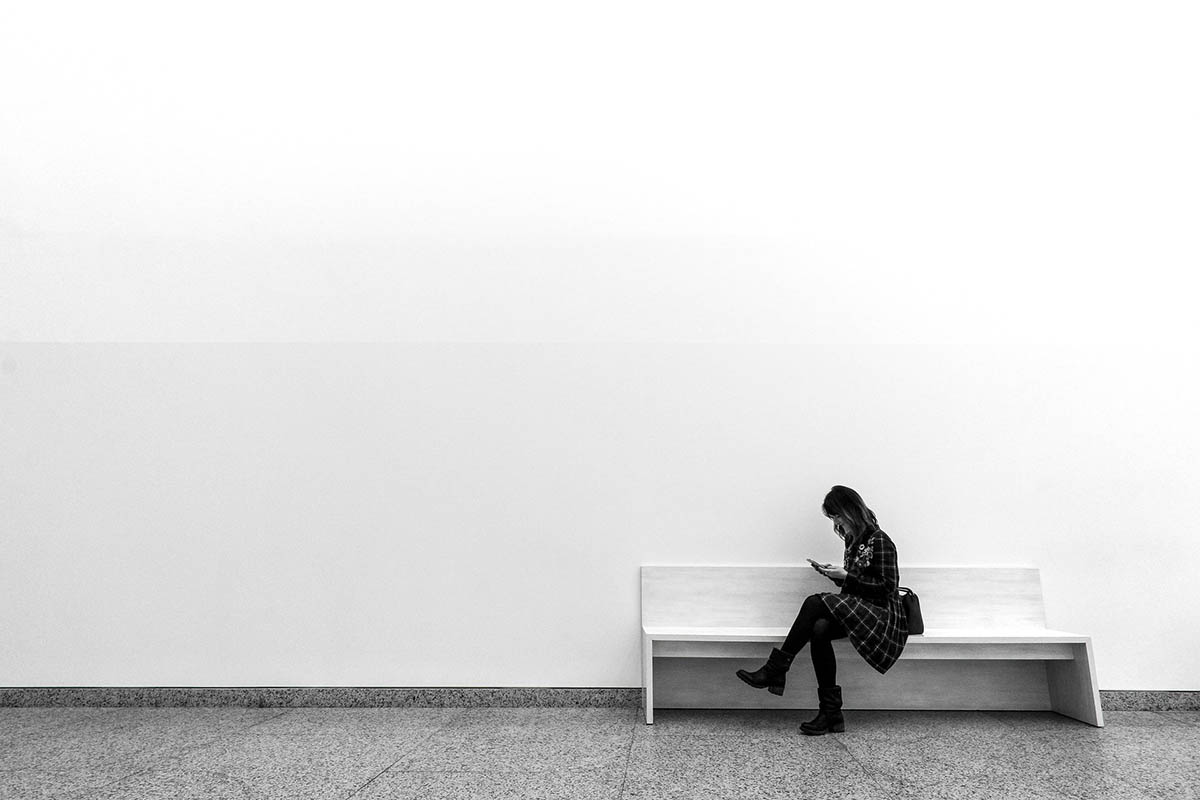 One narrative that is sometimes told about minimalism is that being a minimalist helps to make you more resilient in some sense. In other words, you have fewer possessions holding you down; you rely on less stuff on a day-to-day basis.

That means you are more flexible and mobile and are less likely to be negatively impacted by uncertain circumstances or shake-ups in society at large. At the same time, it’s probably true that fitting all your worldly belongings into a backpack makes you more mobile.

There is actually an excellent argument to be made that minimalism makes you significantly less resilient in the face of uncertainty, not more. As mentioned in the previous point, minimalism relies on the elemental abundance of society at large. It implies that you have the resources necessary to get what you need whenever you need it if you don’t already have it.

Minimalism may work fine when you can get prepared meal delivery services on the go and when you can utilize various public services instead of having those things available in your own home. But when uncertainty hits and social institutions become disrupted in one way or another, you will be in a far more precarious situation if you have far fewer belongings.

There’s a reason why people living in the not-too-distant past would routinely hold onto as much “stuff” as they could and would try to repair and tinker wherever possible rather than throwing stuff away. It’s because, among other things, they had to be autonomous and didn’t have the resources or luxury to empty their homes on a whim.

Life Hacks to Live By
5 Career Opportunities in Education Besides Teaching
January 20, 2023
New Science Reveals How You Can Get More Shut-Eye
July 27, 2020
It's Time to Join the Speed Dating Hype
June 10, 2019
Ads
Stay Connected
Where to buy medications ? How to cure impotence with pills? You can buy sildenafil australia online easily. For Thai customers look at priligy thailand online. In Singapore find viagra singapore for sale.