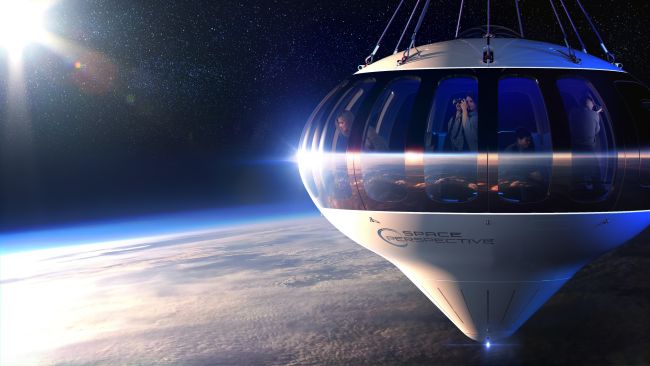 As aviation technology has progressed, the idea of taking a hot air balloon into the sky has become quaint and archaic.

There’s no difficulty in getting a balloon into the air, but once you’re up there, you’ll struggle to travel very far or very fast – and that’s without factoring in the fact that it’s far less safe than traveling by plane!

People sometimes book themselves balloon rides for the novelty of it, but they don’t tend to look upon them as a viable means of transportation. 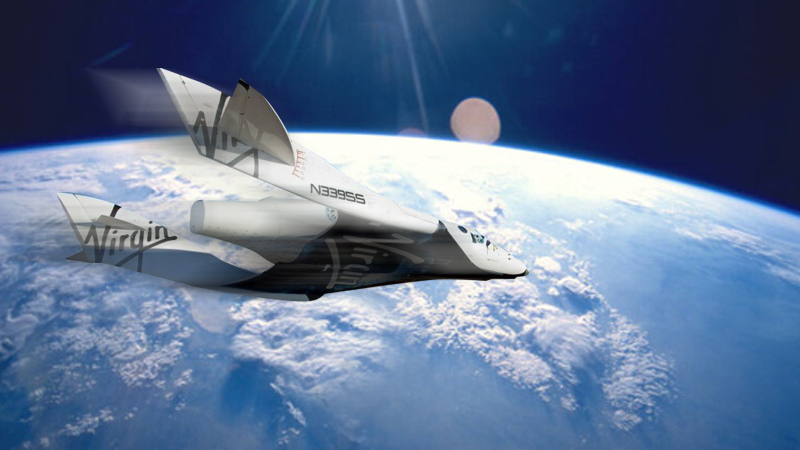 If a promising new start-up has its way, that might all be about to change.

For several years, the idea of taking a commercial flight to space (or at least to the fringes of space) has been discussed by a variety of companies.

Virgin Galactic has already sold tickets to would-be space visitors in anticipation of being able to offer such a service in the not-too-distant future, and Elon Musk also envisages that Space X will one day welcome civilian passengers as well as scientific missions.

With such big-name, rich companies already involved in the market, it seemed inevitable that one of them would be the first to deliver on such a service, but now it appears that both might be beaten to the punch by a company called “Space Perspective.”

We don’t know precisely when or where it started, but there’s been a recent upwards trend in the public’s level of interest in the balloon flight.

It might even have started at online slots websites, where an unconventional game called “The Incredible Balloon Machine” has been attracting a lot of money and interest.

It does away with all the reels and rows of a standard online slots game and instead rewards players for inflating balloons and sending them into the air. 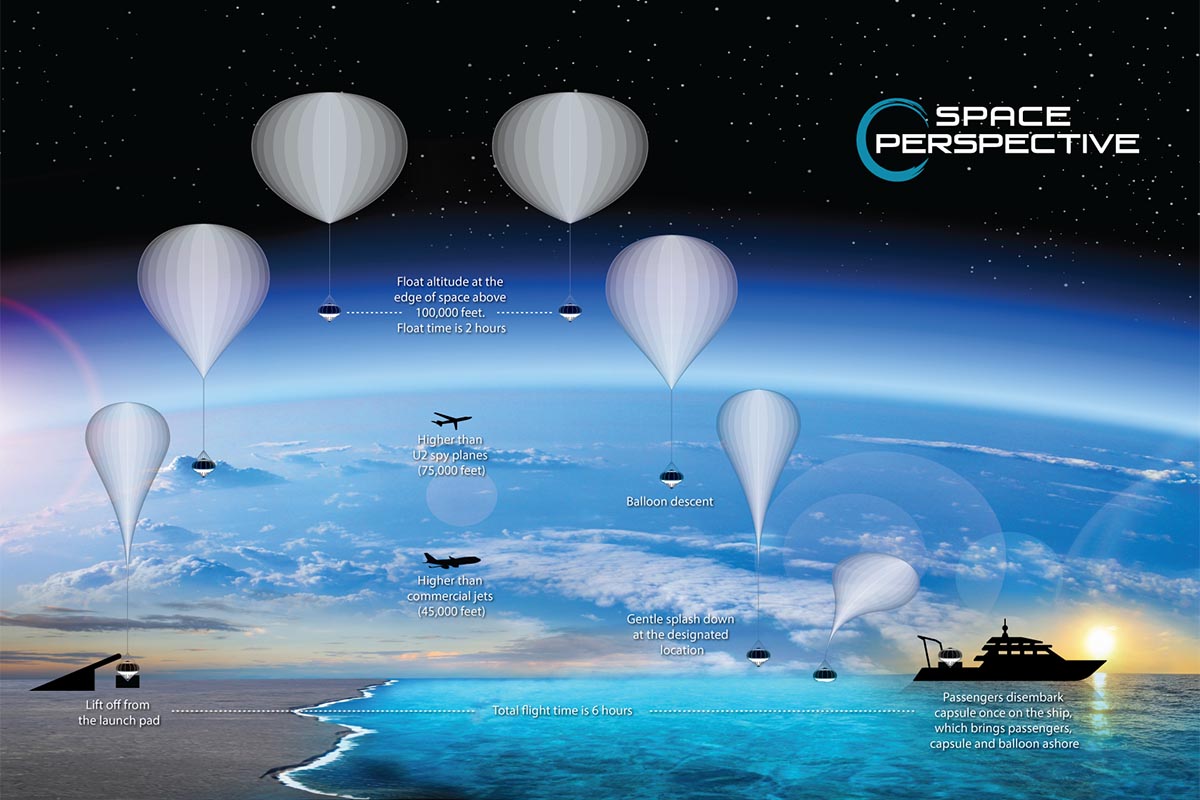 You would probably have to hit the jackpot in that slots several times in a row before you had enough money to buy yourself a ticket for what Space Perspective is offering, but with the company currently estimating a ‘go live’ date of 2021 for their service, it looks like you’ll get the opportunity to do it with them before the chance materializes anywhere else.

A balloon doesn’t possess many (if any) of the properties required to break through the Earth’s atmosphere and go beyond it, but if designed and controlled correctly, there’s nothing, in theory, to prevent one from rising as high as the atmosphere allows.

At the peak of its elevation, the occupants of the company’s balloons would be able to see the curve of the Earth (which will be devastating news for proponents of “flat Earth” theory), and also the darkness that exists beyond the edge of the atmosphere.

It’s not quite space, but it’s as close as you’ll be able to get to space without entering zero gravity.

In its early stages, the company’s sales will be limited strictly to the super-rich – we’ve seen a projected cost of $125,000 for a single ticket – but even at that price, there’s likely to be a significant number of people willing to spend the money and take the risk of being among the first of these civilian near-astronauts.

Based on the promotional materials released to date by the upstart company, the scale of the project is truly impressive.

The balloon, which would lift off and land exclusively to and from NASA’s Kennedy Space Center in Florida, goes by the name of ‘Neptune’ and will be larger than a football field.

Once it’s launched, it carries eight passengers plus one pilot just under twenty miles above ground level and into the stratosphere, protected by the (relative) safety of a pressurized cabin. As one might expect for such a high price, there’s more to the trip than just the view.

Drinks will be served aboard the craft, and it will stay up there for long enough for the occupants to take once-in-a-lifetime photographs to show off to their friends when they get back home.

While the company might be new, the people behind it have plenty of relevant experience in their chosen field.

They’re Taber MacCallum and Jane Poynter, who were both previously involved in “World View Enterprises,” another balloon company that took people up to great heights. 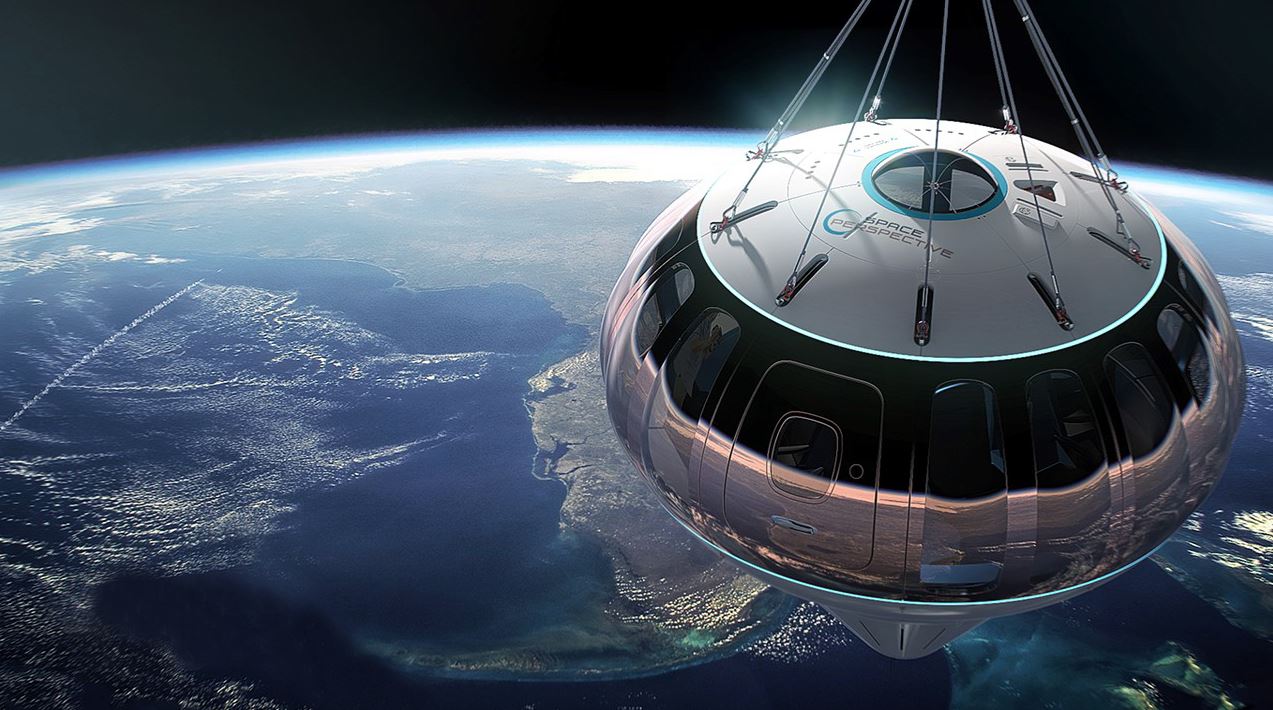 So far, they claim that every aspect of the company’s development has gone to plan, the design for the “Neptune” balloon is finalized, and they’re in a financial and practical position to commit to testing flights at the start of 2021.

From there, they’ll ramp up activity slowly over time, but by the end of the 2020s, they anticipate that they’ll be undertaking five hundred near-orbit balloon flights per year if all goes well.

They also feel that their pricing, while expensive, will work in their favor because it’s half of the price quoted by Virgin Galactic for passenger space flights.

It almost goes without saying that any such trip would not be for the faint-hearted.

While the twenty-mile height is still a little short of what most scientists consider to be the ‘absolute’ limit of the atmosphere, it’s still such a long way up that only one percent of the atmospheric pressure experienced on the ground would still apply to the capsule and the balloon.

The traveling capsule is kitted out to counteract the practical problems that come with that, but if that were to fail, the consequences would be horrible and obvious.

Several manned tests will be carried out before the first commercial passengers are allowed on board, but even with that taken into account, those early travelers will have to be as brave as they are rich!

While nothing is certain until the prototype is built and the viability of the product has been proven and demonstrated, all the technology that would be required to make a success of this endeavor already exists, and there’s no reason do doubt the capability of the people behind it.

If the idea of getting inside a balloon and taking it as far as it’s humanly possible to go appeals to you, your chance may soon arrive.

Life Hacks to Live By
10 Things To Know Before Moving to Hudson County, New Jersey
November 17, 2022
How to Increase the Value of Your Home on a Tight Budget
January 21, 2021
Budget-Friendly Ways Of Soundproofing Your Room
October 23, 2018
Ads
Stay Connected
Where to buy medications ? How to cure impotence with pills? You can buy sildenafil australia online easily. For Thai customers look at priligy thailand online. In Singapore find viagra singapore for sale.