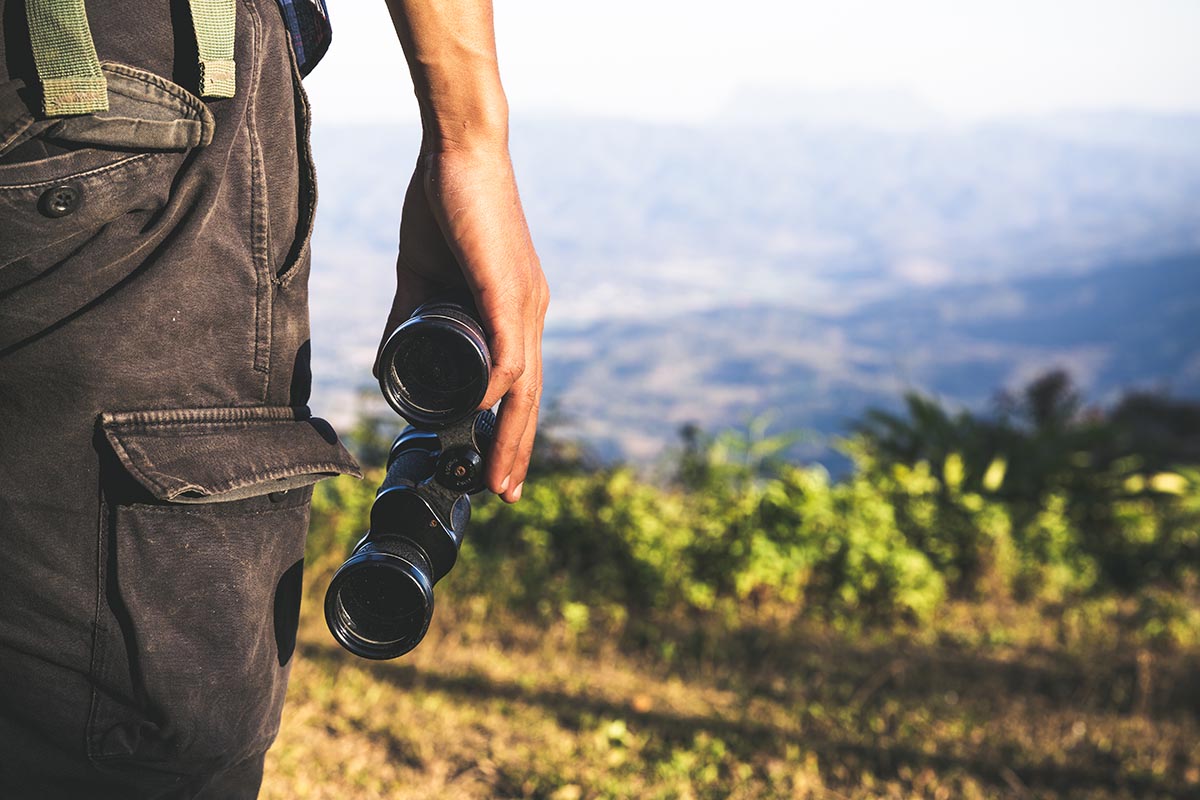 Night vision has changed the night viewing concept overwhelmingly that humankind couldn’t think possible. With their varieties of types and applications, our life has become comfortable and easier than before. You may wonder how this technology came into being. That’s why we’ve decided to cover the topic in detail to let you inform the history, types, and application of night vision technology. Keep reading!

Kalman Tihanyi, a Hungarian physicist, is called the father of night vision technology. For the first time in 1929, he introduced a television camera with an infrared-sensitive electronic technology for anti-aircraft defense in the United Kingdom. Later on, scientists worked based on his invented formula and successfully developed night vision devices (NVDs) or night optical/observation devices (NODs).

Night vision devices can be divided into different types like scopes, monoculars, binoculars, rangefinders, cameras, and many more. Expertnightvision.com is a good source to get the exact ideas of which NVDs are good for what purpose and when to use them.

Nowadays a newly developed digital night vision devices are also found that produce images as Gen 1 and 2 optics. They worked well day and night simultaneously and budget-friendly as well. Thermal night vision devices are another popular type that works based on heat radiation rather than light-capturing from the targets. They work in environmental situations like fog, dust, rain, water, and any other harsh weather. 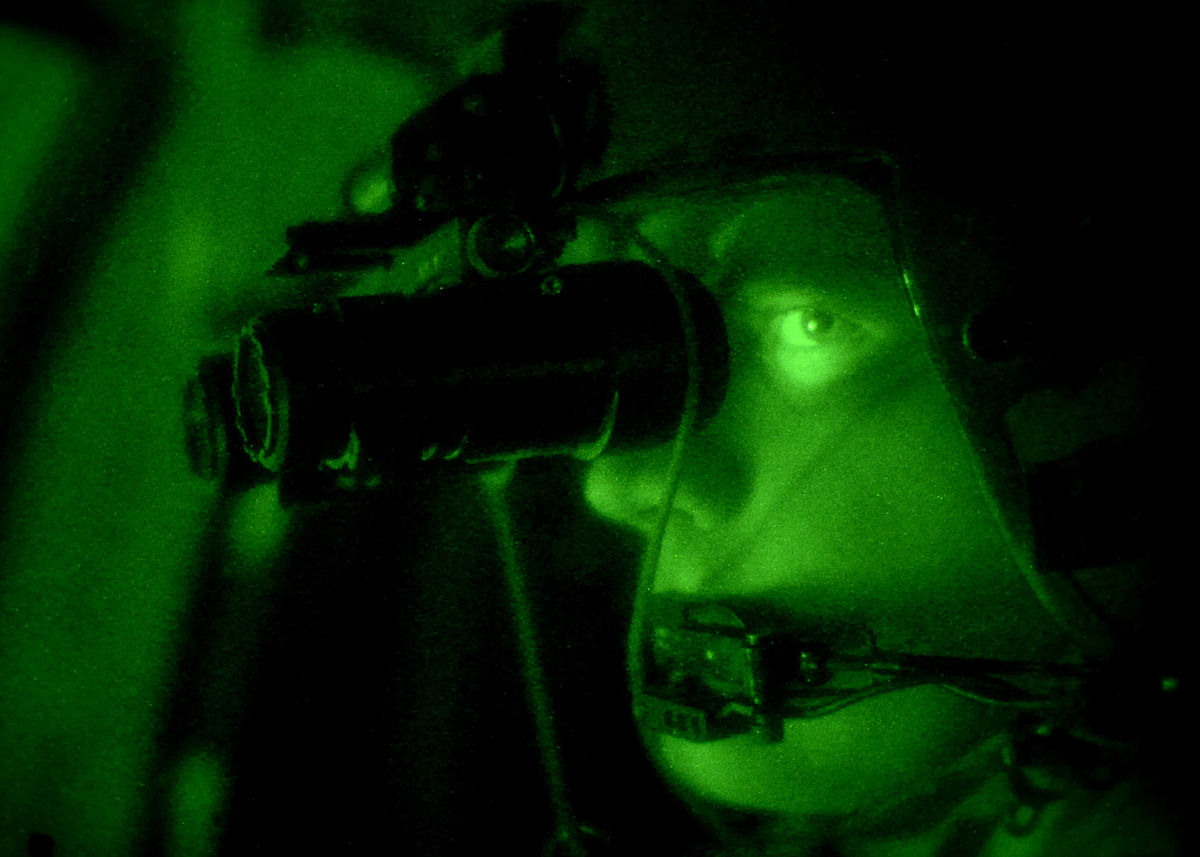 Night vision technology emerged in several stages categorized into different “generations” such as 0, 1, 2, 3, 3+, etc. Let’s have a look, how they developed overtimes.

Generation 0 night vision devices were the researched phased devices. The night vision optics that were developed before the end of World War II are named generation 0. These devices were dependent on large active sources to illuminate objects, and they are called sometimes “sniper scope” or “snooperscope.”

Starscope Monocular Image intensifier tube was used as Anode and S-1 photocathode.. The photocathode was primarily made from different materials like silver, oxygen, and cesium. And electrostatic inversion that has an electron acceleration is primarily used to achieve any gain.

The first actual night vision devices for commercial purposes were developed in the 1960s after WW II by Vladimir K. Zworykin. They were Patented by US Army and introduced during the Vietnam War. Zworykin worked at RCA (Radio Corporation of America) and got the idea from a past missile with radio-guided technology. Infrared was known as black-light at that time, and later on, they are named ultraviolet (UV).

These devices are not limited to military purposes only, and civilians can use them as well. They used ambient light sources like starlight, moonlight, street light, etc., rather than the earlier generation’s extra light source. For this reason, they are called Starscopes. Instead of an S-14 photocathode, these optics used an S-20 photocathode whose light amplification is around 1000. But they are still quite bulky and largely depend on moonlight to work properly.

Later on, the night vision devices in the 1970s are denoted by second-generation NVDs. They introduced a micro-channel plate (MCP) in the intensifier tube with the S-25 photocathode. Their image quality became brighter than before, particularly in the lens edges. They worked better in low-light conditions due to their higher illumination. Their light amplification was increased around 20000.

More advancements took place in the Gen II devices. They used SUPERGEN tubes to improve resolution, and signal-to-noise ratio (SNR) are referred to as Gen II+ that are good for tactical purposes and worked like the Gen III optics.

In the period of 1980s, third-generation NV systems were introduced. They used MCP like the former generation, but the photocathode used the gallium arsenide (GaAs) to enhance image resolution further. Besides, MCP uses ion barrier film coating for better tube life. The light amplification has improved around 30000-50000. Power consumption is also increased than the 2nd Gen devices.

Night vision devices developed after the 2000s are named 4th generation devices by some manufacturers with high performance than the earlier version optics. These are Gen III+ devices but not recognized by US Army yet.

They mainly differ from Gen III devices in two different ways. Firstly, they introduced a power supply system with an automatic gate that instantaneously controls the photocathode voltage to adapt to lighting conditions. The second one is the removal of the thin ion barrier that decreased the number of electron rejections.

Night vision devices have wide applications nowadays. They are widely held from wildlife observation to military and law-enforcement tasks. In hunting and shooting, they have unparalleled applications. Night vision scopes, goggles, and rangefinders are used to detect targets or enemies without spotting yourself. Sometimes trail cameras are also used to tracking animals.

Nowadays, we all are familiar with the smart home concept. And night vision technology plays an important role there. In the home and office security, you find security cameras. For observing kids, pets, and household tasks, they are also widely using. You can use them for harvesting and cattle preservation too.

If you love nature viewing, bird-watching, or stargazing, then you will find this handy. Keeping a good pair of binoculars, monoculars, or spotting scopes, you can have more fun on outdoor trips. If you love cave exploration, surveying, or any other tasks where observation is necessary, night vision devices are good to have.

In conclusion, night vision technology opens a new era for humans. You can’t overlook them in any way in modern days. This article will be a handy guide to know the best uses of NODs and their evolving history. Now it’s time to choose your best-suited night vision device. And enjoy the smart life with NVDs.

Life Hacks to Live By
Health Priorities As You Age (That Are Not the Obvious)
January 04, 2021
4 Ways to Improve HVAC Efficiency
November 11, 2019
How Much Protein Do I Need Every Day?
July 04, 2019
Ads
Stay Connected
Where to buy medications ? How to cure impotence with pills? You can kamagra australia online easily. In Thailand see priligy thailand online. In Singapore best place is viagra singapore for sale.