Swift — One Of The Fastest Programming Languages 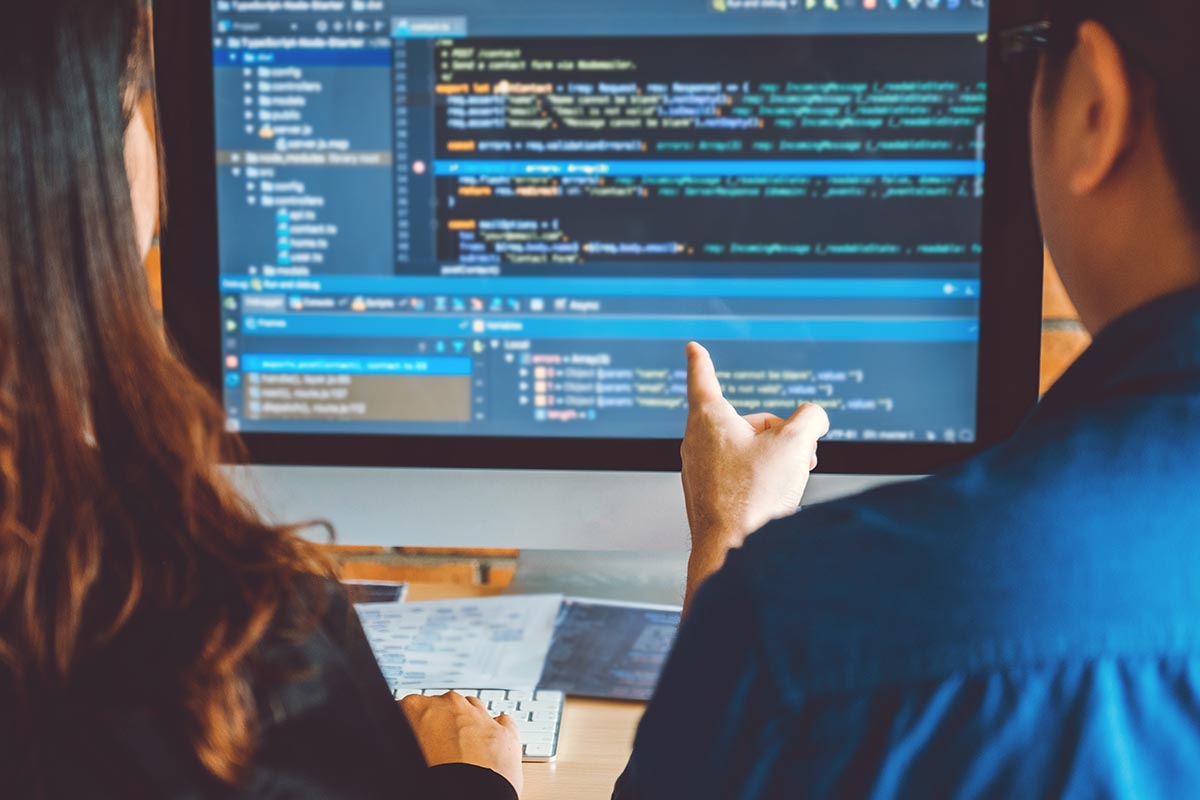 Programming has become an essential part of the modern world. From creating apps to designing software—programming is needed everywhere. In addition, a large portion of our economy today is dependent on it. But, learning the language of programming is no easy task. Many spend years earning expertise in this language. And, keeping that in mind, to make programming smoother than ever, in the year 2014, Apple introduced a revolutionizing programming language.

What is Swift Programming Language?

In 2014, it was mainly introduced by Apple as a replacement for their Objective-C. It is way easier to learn and fun to use, making programming smoother than ever. Years of research made this easy-to-read, interactive programming language. It was created by Swift Lattner (and is named after him), who had joined Apple back in 2005. He secretly started working on its development in 2010, and finally, in June 2014, the big reveal was accompanied by the big launch. The programming language has since gone through a lot of modifications since then.

Is Swift A Good Language?

Apple claims it to be 2.6 times faster than Objective-C and 8.4 times faster than Python. This makes it one of the fastest languages. Plus, coding with it is fun and easy. The easy-to-read syntax is simple enough for even beginners to master. Yet, it is compelling and intuitive. Moreover, it is operable on almost all Apple devices with iOS 7 and higher. So, the answer is yes.

Swift Programming Language:  What Is It Used For? 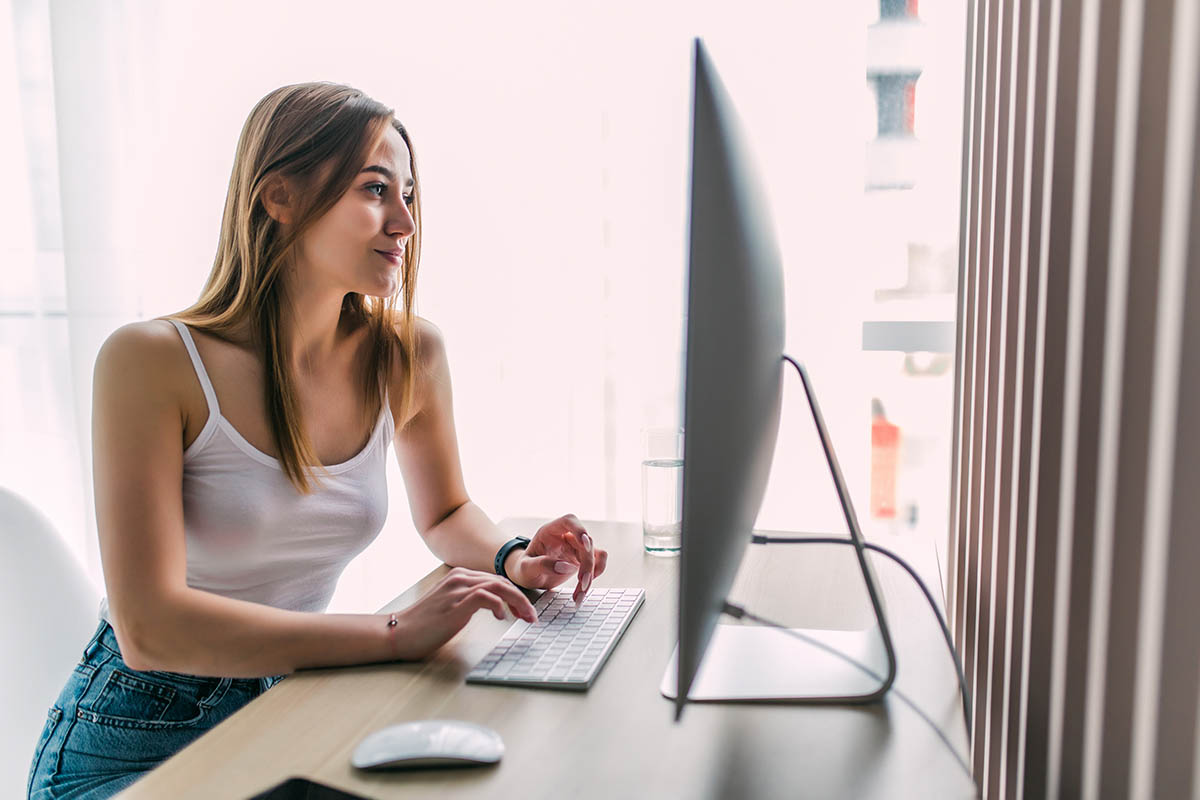 It is a general-purpose programming language. It is used for the following and more:

Why Use It For Your Project

There are different reasons to use it for your project. We have listed some of them below:

Many people have reviewed it. It has customers all over the world. The high speed, cross-platform support and accessibility, and solid performance have been appreciated by many. It also uses low memory, which makes it more user-friendly and attractive.

Should I Learn Swift? 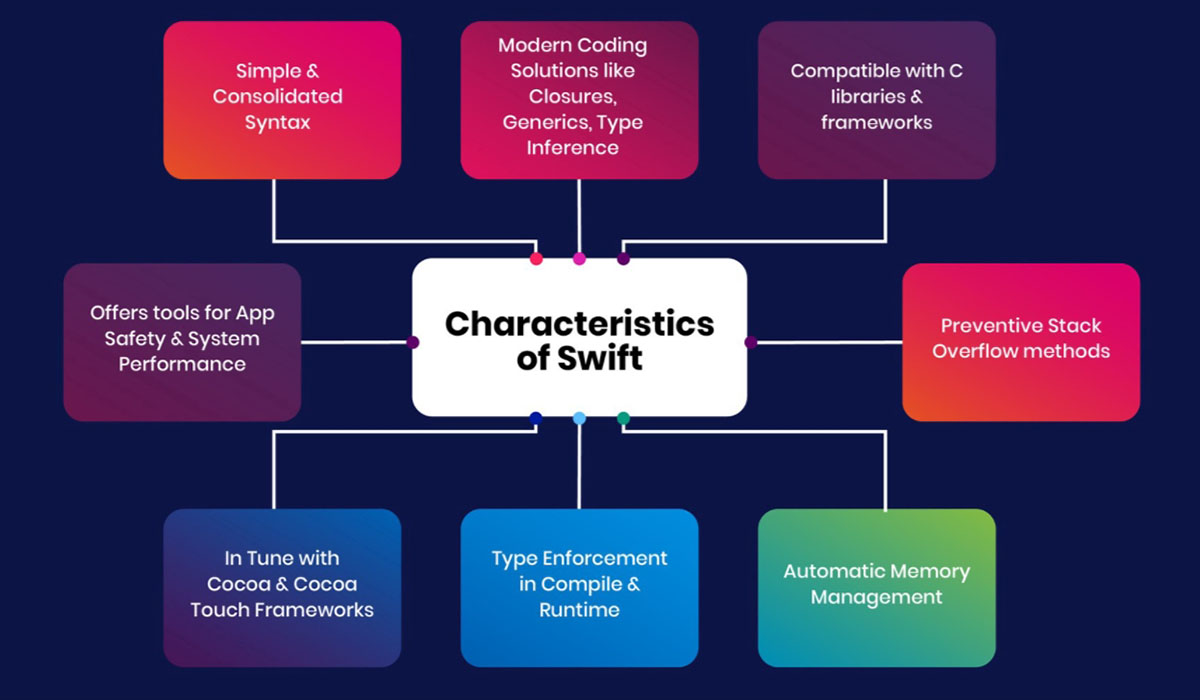 This is a question frequently asked by many. Well, we think you definitely should if you have a knack for programming. It is easy to learn, easy to maintain with a concise code structure. It minimizes the need to write a lot for repetitive statements and string manipulation. It’s also fuss-free and, to a great extent, error-proof because it eliminates the chances of error to a considerable degree. Coding with it is also safe. It generates a feedback loop for programmers so that they can code with intention.

Learning it can also help you become a Swift Developer, which is a great career choice today. The average salary of these developers ranges from $71,344 to $95,045 per annum. With time and experience, you can earn even more in no time.

Comparing It: Swift vs. C

It stands out to be more accessible, 2.6 times faster, and more interactive with nature with improved safety compared with C.

Again, it proves to be faster by 8.4 times when compared to Python. It is easier to learn and master than Python. It can easily be used as a better, quicker, and easier-to-understand replacement for Python.

Even though there are many similarities between the two, the previous one is favored over the latter because of its concise, easy-to-understand nature and fast speed.

Well, it is not bad at all. Instead, the pros are way more when weighed against the cons. Just one thing you need to keep in mind—it is a comparatively young language. It takes time for any coding or programming language to mature to perfection. It is still in development, and there might be minor glitches from time to time. But, considering the immense number of pros, we can say that it is indeed one of the best programming languages to date.

Life Hacks to Live By
Helpful Tips for Preventing Falls in the Elderly
November 23, 2022
How Do You Make A Water Feature Look Natural?
April 25, 2022
How To Cope When Dealing With Fertility Problems
March 11, 2020
Ads
Stay Connected
Where to buy medications ? How to cure impotence with pills? You can buy sildenafil australia online easily. For Thai customers look at priligy thailand online. In Singapore find viagra singapore for sale.