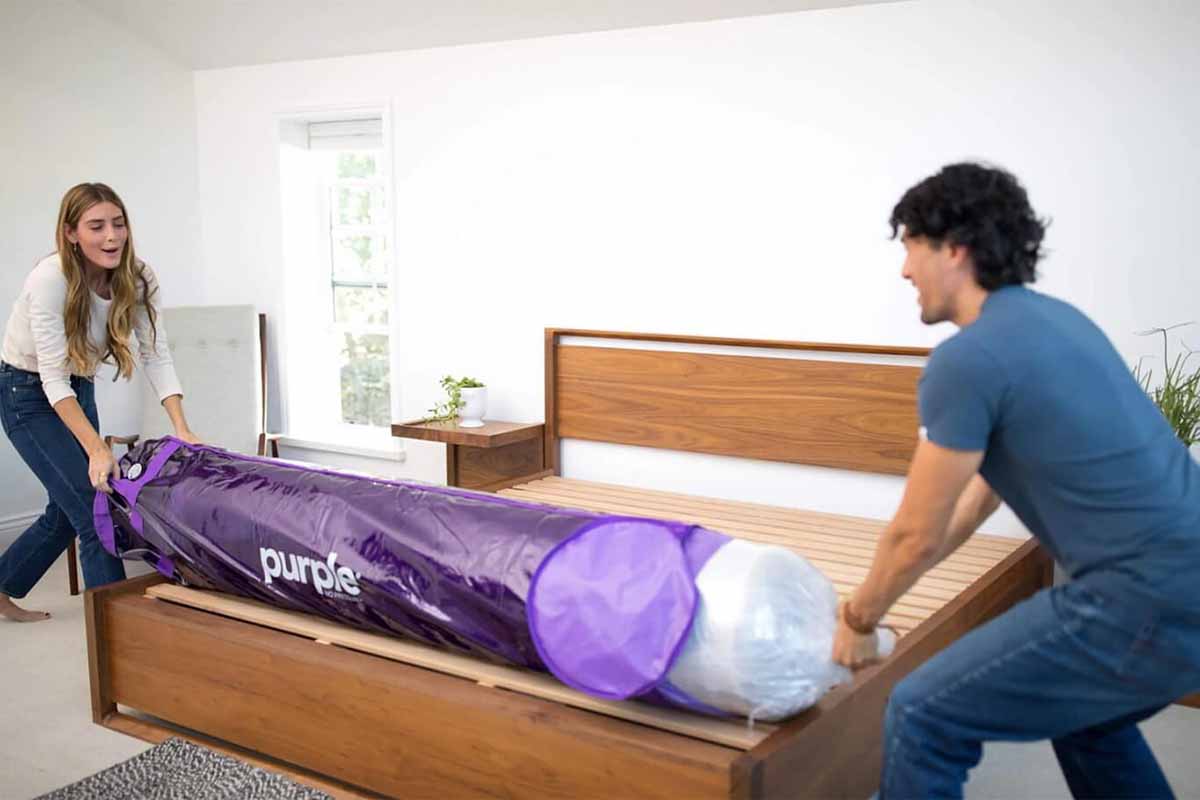 Purple is a name that is well known in the Mattress world all across the globe. The brand has created a well-established niche for itself with a good repute.

Their journey started in 1989 when two brothers, Terry and Tony Pearce who were engineers by profession embarked on a dual mission to invent technology and generate local jobs that would eventually improve the lives of everyone involved. Over the next couple of decades, they revolutionized the comfort industry with their innovative technology.

They produced various No pressure cushioning materials for wheelchairs, sporting goods, critical care hospital beds, and high-end mattresses. After successfully capturing the market, they launched their famous No Compromise Purple Grid Mattress on Kickstarter, and there has been no looking back for them from there.

They have continued with their mission to improve, invent, and create ways to provide comfort. After the launch of their grid mattress in 2016, they have gained tremendous popularity among their consumers. The company doubled in size between 2016 and 2017 owing to its successful digital and marketing skills and gained a foothold as the leading techno company in comfort with over a hundred patents.

But it has not been a fairy tale for the purple brand, as success in business, competition, criticism, and conspiracy are some of the obstacles that have to be tackled.

In case you are interested in buying purple brand mattresses let us give you a little insight into the scandalous purple mattress lawsuit or determine more about lawsuits on The Law Advisory.

What was the lawsuit actually about? 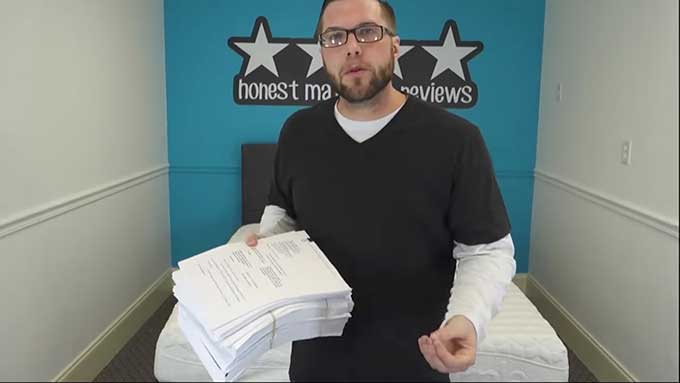 Purple filed a lawsuit against Ryan Monahan and the CEO of Ghostbed Mark Werner which was initiated by a negative review of Purple Mattress posted on a website called The Honest Mattress Reviews. Purple claimed that the contents and information provided in that review were inaccurate and had suspected some sinister theory or motive behind it. They believed that all the information posted was not factual and lacked any evidence to support its claims.

Honest mattress reviews – a website owned by Ryan Monahan, is dedicated to providing honest reviews by people, who are fond of comfortable sleep, and they want to help and educate other people about the different mattress options without being biased. They state the facts as they are.

The website claims to give high quality, relevant, and verified real reviews from customers who have actually bought the mattresses. They also have a scoring system that gives a fact-based rating for all the commonly used mattresses, an in-depth comparison and recommendations based on specific sleep styles.

In 2016, the website published an article based on their study in which they accused Purple of using an anti-tack white powder, which was considered unsafe and could cause serious issues for human health. To support their claim, they published a number of articles and posted videos believing it to be evidence of their findings. In addition, the article contained statements that were taken to be defamatory by Purple and believed to lack any real grounds.

Purple in a response filed a lawsuit in 2017 demanding that the false material be removed while the case was being pursued. Purple also suspected that their competitor Ghostbed was behind this conspiracy. They believed Ryan had some connections with their rival and they were the ones who had paid him to carry out this malicious campaign to bring down and damage the reputation of their company, by giving misleading information about the white powder.

The court issued a restraining order to Ryan Monahan and the CEO of Ghostbed Mark Werner to remove all the content till the case was determined. But both resisted and opposed the order claiming that there was no connection or business relation between them. They maintained that the review in question did not have anything special in comparison to their other reviews and it was just an honest opinion.

Purple had claimed that the polythene-based powder used in the shipping and packaging components of their mattress was safe and submitted results from a study showing that their assertion was true. The toxicology report clearly indicated that the powder was non-toxic. It was made out of the same hyper-elastic polymer that was being used by manufacturers of other products like plastic bottles, cosmetics, food containers, and a whole lot of other products that consumers use.  The purpose of the powder was to make sure that the mattress stayed intact while compressed in the shipping box.

The Purple Mattress lawsuit filed by Purple was not only because of the negative review of its products but also because of its strong suspicion that the review was not honest, was deceptive, and was a conspiracy by their rival. They launched their own private investigation to prove that it had been a misleading adventure jointly by Ryan Monahan and Mark Werner.

What was the outcome of the investigation?

The outcome of their investigation clearly proved that there was a connection between the two defendants. Monahan was a former Ghostbed chief brand officer and had regular contact with Werner.

It was revealed that this was a conspiracy against Purple. It was also discovered during the investigation that Ghostbed was paying $10,000 a month to Monahan’s other company, social media sharks, through a company called Achieve. These revelations proved beyond doubt that this was a smear campaign carried out by its rivals and it was clear that the powder used did not have any toxic effects on human health or the environment.

All their findings were submitted to Judge Bee Denson, and they were granted a preliminary injunction. The court declared that both Ryan Monahan and Mark Werner were dishonest, and they had provided incorrect information regarding Purple Mattresses in the review on their website. The Court awarded purple judicial attorney fees along with the amount of money that had been paid while pursuing the lawsuit.

The court put an end to a vicious campaign that aimed at misleading consumers and harming the reputation of purple mattresses. It has been proved without a doubt that there are no health hazards of the white powder. It is safe to buy purple mattresses.

Life Hacks to Live By
Wardrobe Styles That are Loved by Interior Designers
November 06, 2019
Eight Tips for a Unisex Unicorn-Themed Party
August 24, 2019
Where and When to Shop for the Best Clothing Deals
December 27, 2018
Ads
Stay Connected
Where to buy medications ? How to cure impotence with pills? You can buy sildenafil australia online easily. For Thai customers look at priligy thailand online. In Singapore find viagra singapore for sale.