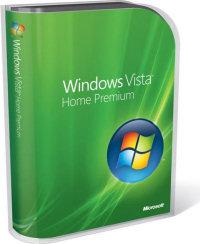 Windows chief Jim Allchin held a conference call to announce that Microsoft has declared Windows Vista complete. “It’s rock solid and we’re ready to ship. This is a good day,” he said of Microsoft signing off on the final code. CNet gives us a little timeline, reminding us that it’s been five years since Windows XP debuted and three years since detailed “Longhorn”–Vista’s codename–plans were first revealed. Now Microsoft will release the OS to PC manufacturers and gear up for its release to business customers on November 30 and consumers on January 30. It’s still waiting, however, for a few straggling hardware makers to finish their Vista drivers. Microsoft is planning a release press conference on November 30 for Vista and Office 2007.

Life Hacks to Live By
How to Prevent Future Hearing Problems
June 19, 2020
Interested In Tech? Effective Steps to Follow
April 27, 2020
6 Tips and Lessons How to Play a Handpan
March 11, 2017
Ads
Stay Connected
Where to buy medications ? How to cure impotence with pills? You can kamagra australia online easily. In Thailand see priligy thailand online. In Singapore best place is viagra singapore for sale.