HomeWeb222 People are in virtual prison on a social network website

22 People are in virtual prison on a social network website 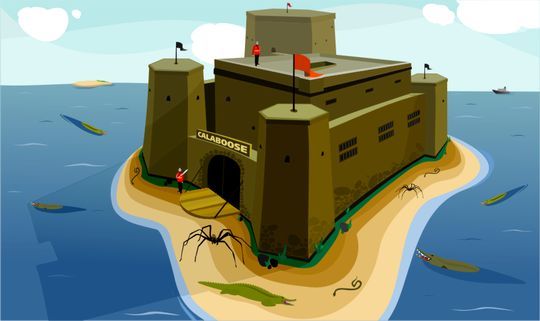 22 People are in virtual prison on a social network website

They are jailed after the online community Court found them guilty of roguish behavior or criminal actions.

I spoke with the site founder Mawuna Koutonin this afternoon and he told me he has been surprised by the efficiency of the virtual court system when associated with cyber records of criminal actions, and the effect of virtual imprisonment. After Three months of implementing the system, criminal and roguish actions on the site dropped by 400% and the complaining and un-subscriptions of women, the main target, and victims of most of these actions, dropped by 95% percent. This explains the words of a member of the site i chatted with yesterday who told me she has a feeling of more security and safety on wecheese.com, not because of the prison, but because everyone is warned when a danger is identified and furthermore the nature of each danger is discussed among the community members.

How does the system work? In fact, this moderation system is the most advanced human conflict management tool I’ve seen on the Internet. When a member of the site faces a misbehavior or receives a threat, he will fill a complaint case. The case goes first through a friendly resolution channel. The system offers a sophisticated conflict resolution system that encourages users to find a friendly solution to most of the problems or conflicts happening inside the site. A case will go public only if the first channel is not successful. When a case becomes public, it’s up to all wecheese members to vote and comment. It’s a really democratic way and I’ve seen a very intense debate between members about one or two cases. At the end, a person brought to the court could be freed or sent to the prison (called Calaboose). Imprisonment could be short term or life term condemnation.

The system main virtue is its dissuasive and containment effect. it’s innovative, well thought and well implemented; it could be an inspiration source for a big website like myspace, facebook, hi5, etc. To see the Court, the cyber criminal records system and the prison island you need to register.

Besides, wecheese.com is a great design work. A worth to try and see.