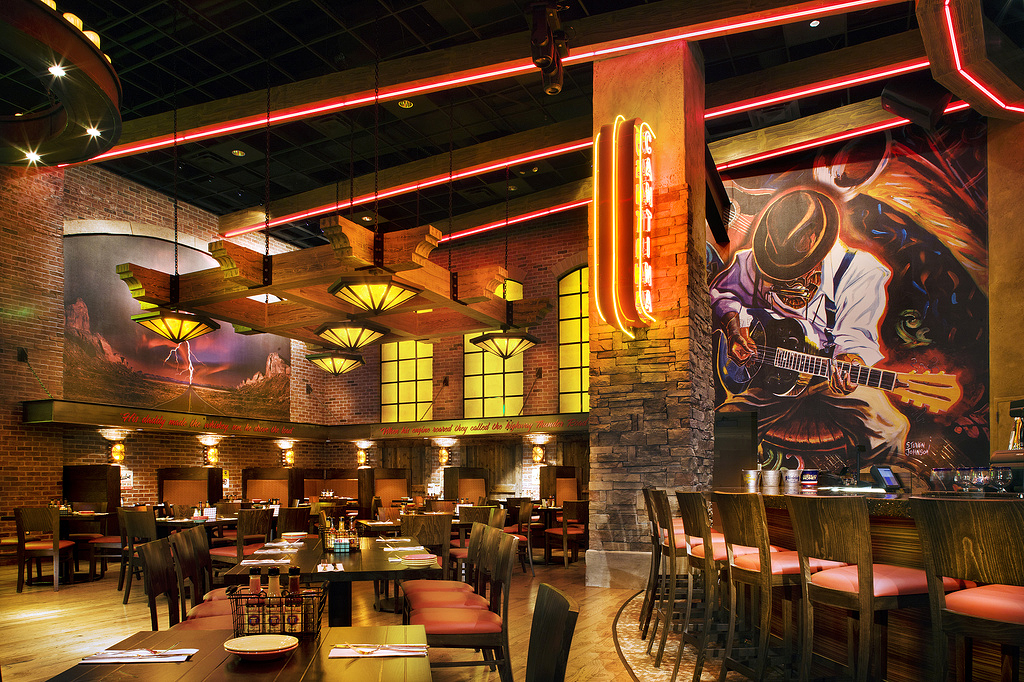 Most Unusual Restaurants in the USA

The national feature of Americans is their free originality and desire for all unusual even when they talk about public catering places.

Below we provide Top-4 most fine restaurants in the USA especially for fans of adventures.

This restaurant is styled as the real cloak-and-dagger air! You need to tell the password, which you can learn only on the website of the restaurant (section “FAQ”), to enter inside.

When you are in, you will have the feeling that you turned out to be in some secure bunker.

Secret rooms and hidden passes, walls with photos and notes about famous spies, waiters that make the impression of officers from CIA and the entire museum for equipment of special services, which was collected during many years.
But the meals here are quite usual for American snack bars: rich steak, fried potatoes, etc. This restaurant is inside the real military Boeing KC-97, which was downgraded in the far 1953 and later it was bought by adventurous businessmen.

After visiting this place, you will feel the conceptually new approach to the organization of “passengers’” catering. Indeed, with the assumption th

at the feeling of flight will not leave you for a minute during all that time you will sit at the comfortable table with the first-class dishes and will not squeeze behind the folding back of an armchair, picking the meager ration of set lunch.

The interior, waiters (more precisely – stewardesses and stewards), as well as “typical” dishes, will create the atmosphere of the flight by the airline! Moreover, as you consume more and more calories you will earn the scores, for which you may later order more and more new portions free of charge. And when you get the colossal 8,000 calories, a charming waitress in the sexual dress of nurse will personally see you off to your car, make you seat and tenderly ask about your well-being… The endless holiday of the belly!

As you have guessed by its name, this restaurant is on the ground. In fact, this is the only restaurant in America, which is in the cave that makes it be an absolutely unique place for meals! The dishes of classical American and Italian cuisine, including hamburgers, seafood, and pasta are offered in the surrounding of the rocks, waterfall, and pond, where the fish is farmed.

One of the Most Unusual Restaurants in the USAThis cave in 1920 was arranged as the dance hall but in length of time, it was re-equipped into the restaurant, at which the second level there is the camping where you can lease the cottage. Amazing and cheap travel destinations!

Life Hacks to Live By
Planning Cocktail With Relatives By the Poolside
April 07, 2021
What Qualifies a Child as ‘Gifted’?
May 08, 2020
5 Best Ways To Organize Your Types of Tools And Keep Them Handy
February 13, 2020
Ads
Stay Connected