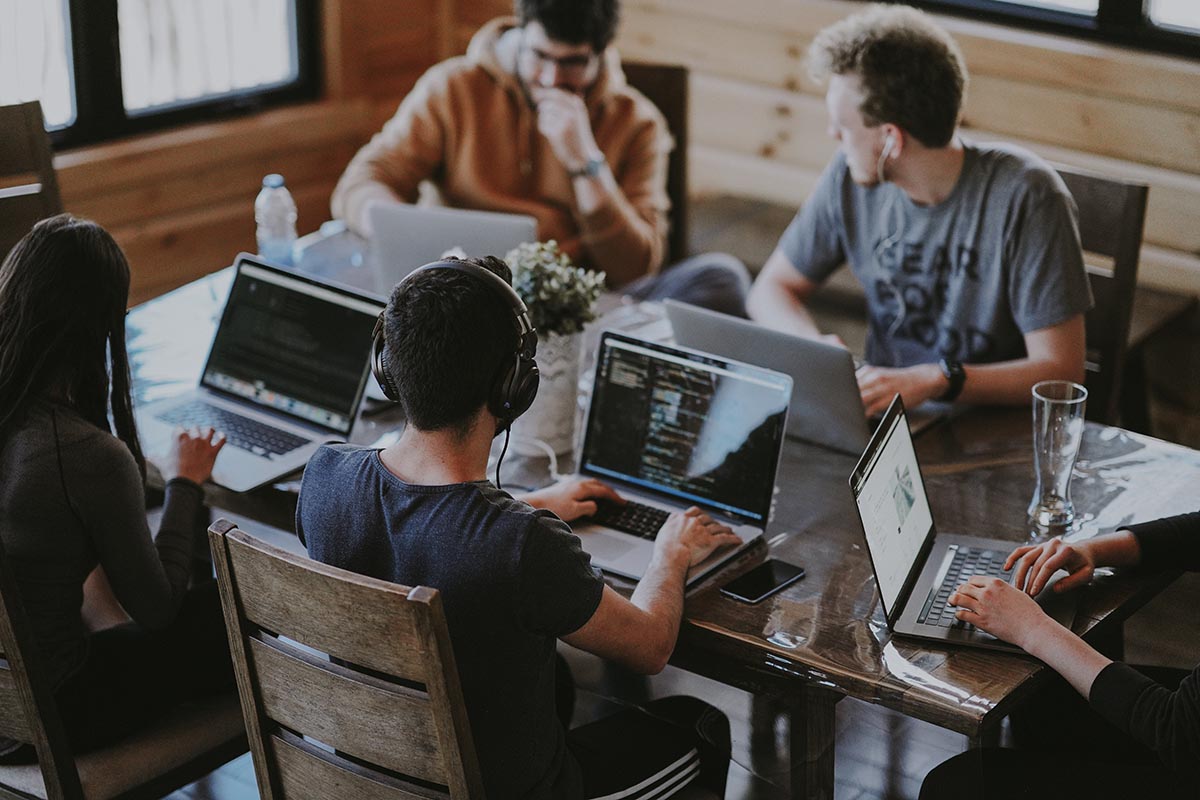 Team Morale: Ways To Keep The Morale Of Staff As High As Possible

When you begin your business adventure, you have very little to your entity – it’s just you and a few contacts. As you slowly build up and become a bigger company, you take on more work and bring in more money. As the workload grows, the demand and the effort become infinitely greater. There are only so many hours in the day, and you will not be able to get everything done in a time when it’s just you and a few others. You must bring in more individuals to the team and form a strong, cohesive group.

As the operation’s boss, you need to figure out how to keep your workers from losing their minds, getting a little down, or losing motivation entirely. The best leaders in any sector will know how to make the people on their team feel happy and valued as they clock in each day. If you don’t know how to do this kind of thing, then you shouldn’t worry as it all comes with experience. If you actually work towards this goal, then you’ll reach it in the end. In the meantime, however, here are ten ways you can keep the morale of the group up so that your productivity can soar and you can reach the heights you dream of:

Work On Your Own Skills As A Leader

If you focus on what to do about leadership skills, then you’ll become a better leader – that’s just how the brain works. We’re starting with this point because it’s good to recognize the part you’ll play in all of it. You can try all kinds of tricks and psychological cues to make your employees feel better during the day, but it’s more of a behavior thing than a one-off trick. If you’re a marvelous leader with a great attitude, then you’re going to make those around you feel a lot better while they work.

In terms of being a leader that staff members love and will want to do well for, you’ll need to work on communication skills and temperament. It would help if you recognized that people are different and that they won’t function the same way. You’ll also need to recognize that you’re going to have your work cut out.

Team Morale: Hire The Right People For The Job 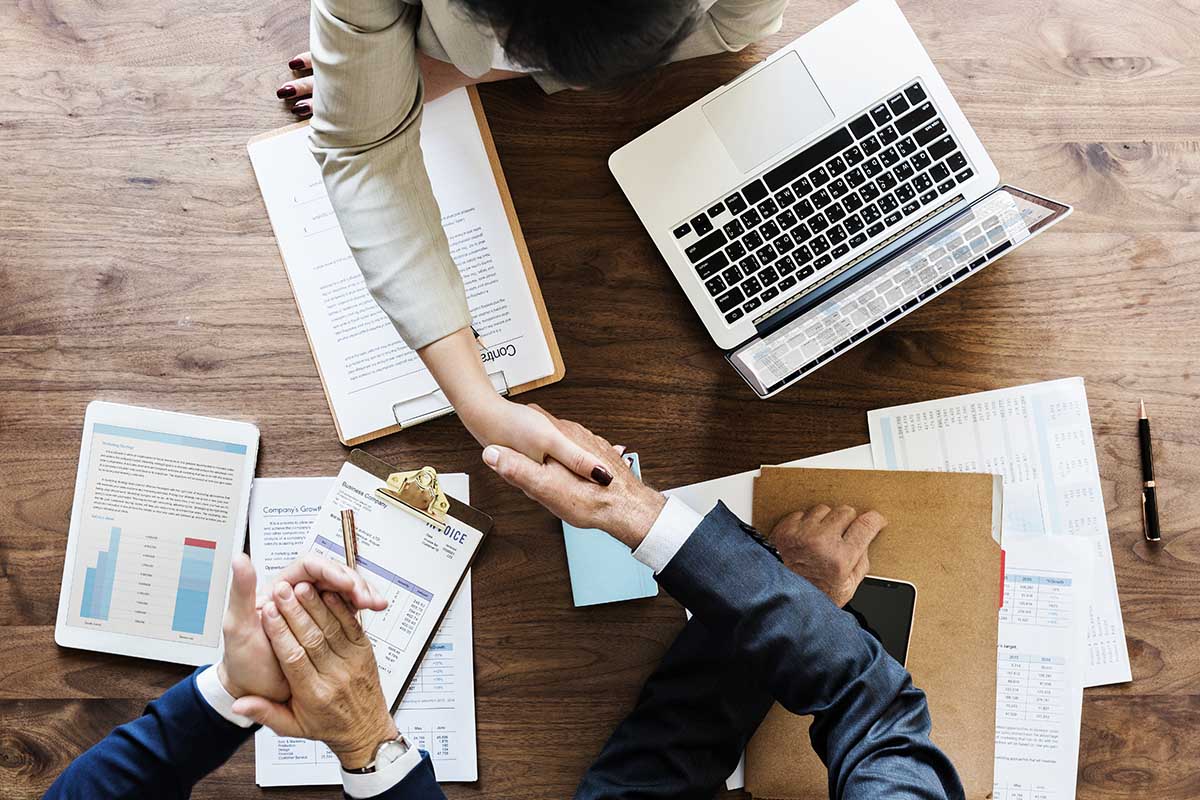 This, again, isn’t a specific technique. It’s something you should really look to do, though, as it will boost your business in the short-term and long-term. It’s kind of a tactical thing as well as a humanist thing. If you bring in people who are right for the job in every sense, then it’s going to make everyone happy. Now, the idea of recruiting the best individuals sounds obvious because everyone wants the best employees – this isn’t strictly about the workload, though. Sometimes, you can bring in wonderful workers, but their social skills are terrible, and they end up alienating the rest of the team.

When you interview candidates, make sure you’re checking out what they’re like as people, too. You will want 100% of the staff to be getting along to a reasonable level. It may be impossible for everyone to be the best of friends, but you can try your hardest to get there. When you find the perfect fit in a social sense, too, that’s when the chemistry overall rises, and you get a happy environment.

Team Morale: Be Positive Around Them

When you have a positive mindset, it radiates around the area. You don’t just boost your own prospects, but those around you get a boost, too. It’s not just an overnight thing, though – you need to make sure this becomes a part of your life. You need to make sure that you’re a positive individual throughout your life. When you’re this way inclined, you won’t ever look like you’re faking it. You will be a super-positive person, and those around you will feel so good around you. They’ll want to work for you, and they’ll want to get things done. 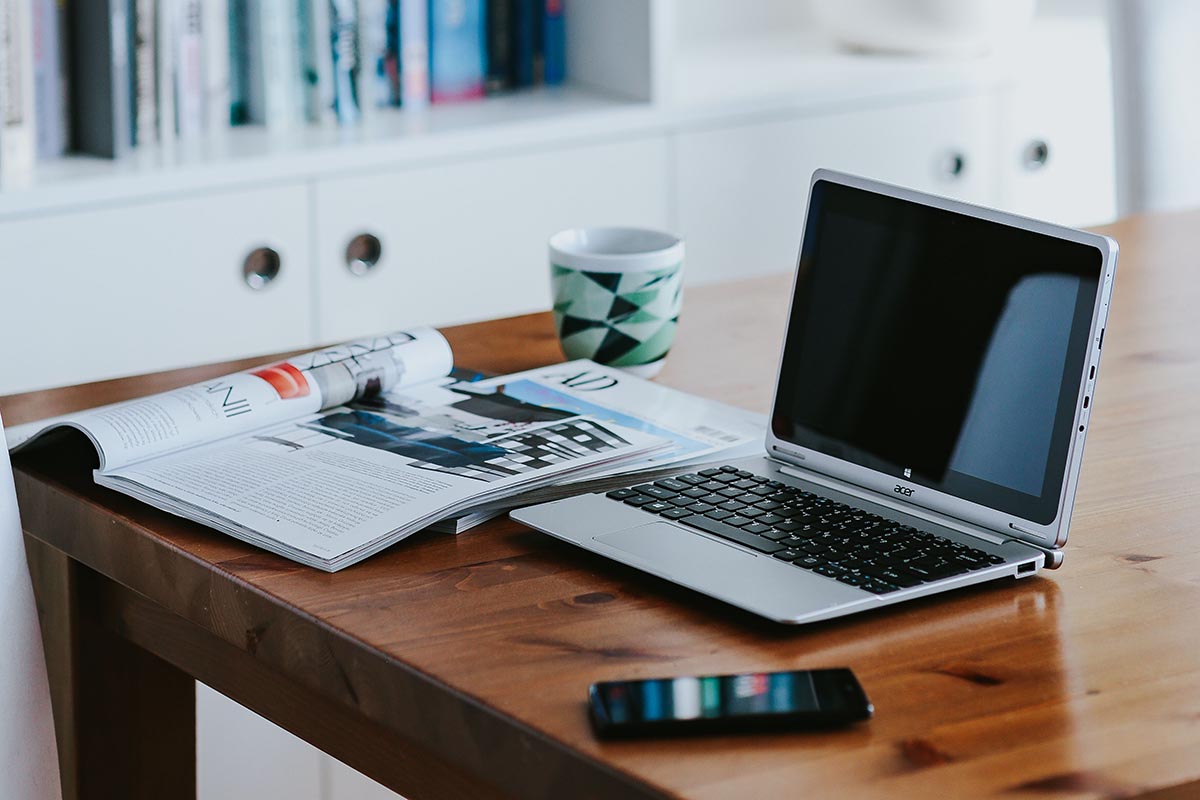 Provide The Right Equipment And Apparatus For Them

There is only so much a person can do with their own two hands. There is also only so much a person can do when it comes to the job at hand. Many people need to have the technology and extra equipment to get things done. Whether it’s the likes of Uniform Advantage scrubs for people at your medical practice, or extra computers for the office spaces, you’ll need to invest in getting the best out of your team and the best out of your business. Having nice things to work with will also boost their happiness levels as they’ll feel like the business is doing what it can to improve. Nobody likes working with old, rusty, expired equipment.

Know When To Pile Pressure On And When To Ease Off 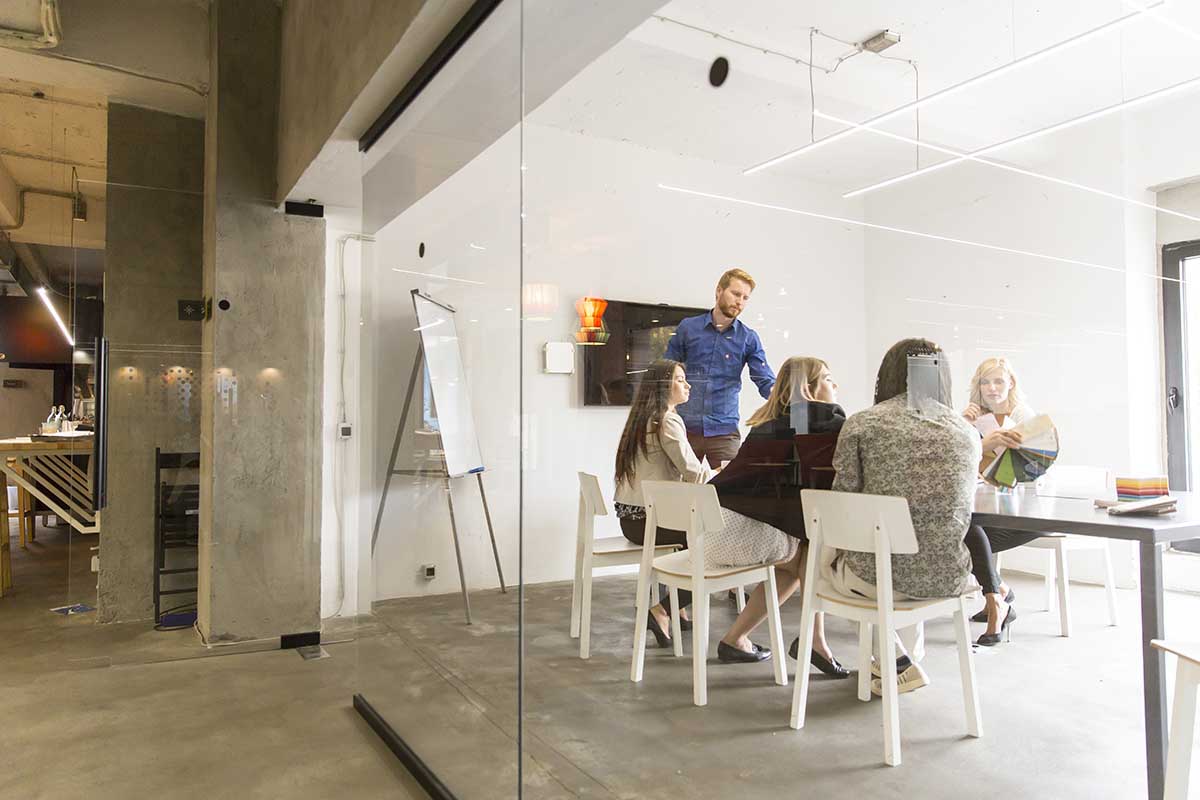 This is linked to looking at your own leadership skills in that you should also know when to let your staff know if they’ve been a little lax. Some members need to sit down with you and have an arm around the shoulder – they’ll need to feel as though the stress won’t be on their shoulders. This can only last so long, though, as you’ll need to get then them to knuckle down. Your staff members will get more done, and they’ll want to do things for you if you can dictate properly and know how to deal with this kind of thing.

Doing the same thing every day will not work out at all – the tediousness will get to everyone at some stage because we’re not robots. Some people can do the same thing for months and do a great job, but even they will struggle after so long. As the boss, you’ll need to make sure you’re changing how they work up a little now and again. The variety will keep people interested, and they’ll want to get the new challenges completed for you. Think about the rotas and workloads they all have, and consider a big shake-up – nothing too drastic, though, as it might put them off. The slightest change in the system will work. Think about incorporating some team-building days out to get everyone pulling in the same direction even more so!

Your working environment doesn’t need to be akin to that of a five-star hotel or the perfect thing in the world, but you should have high standards for every single room. You’re not going to get the best out of your team if you have a poor area in which you work. Look at your office, warehouse, factory, etc., and think about how you’ve organized it all. Is it clean and tidy? Do you have an attractive exterior for people to enjoy the look of as they enter? Is the break room acceptable for the staff members when they’re looking for a little respite? These things matter a lot in terms of their overall contentment.

Team Morale: Set Achievable Goals For Them To Complete 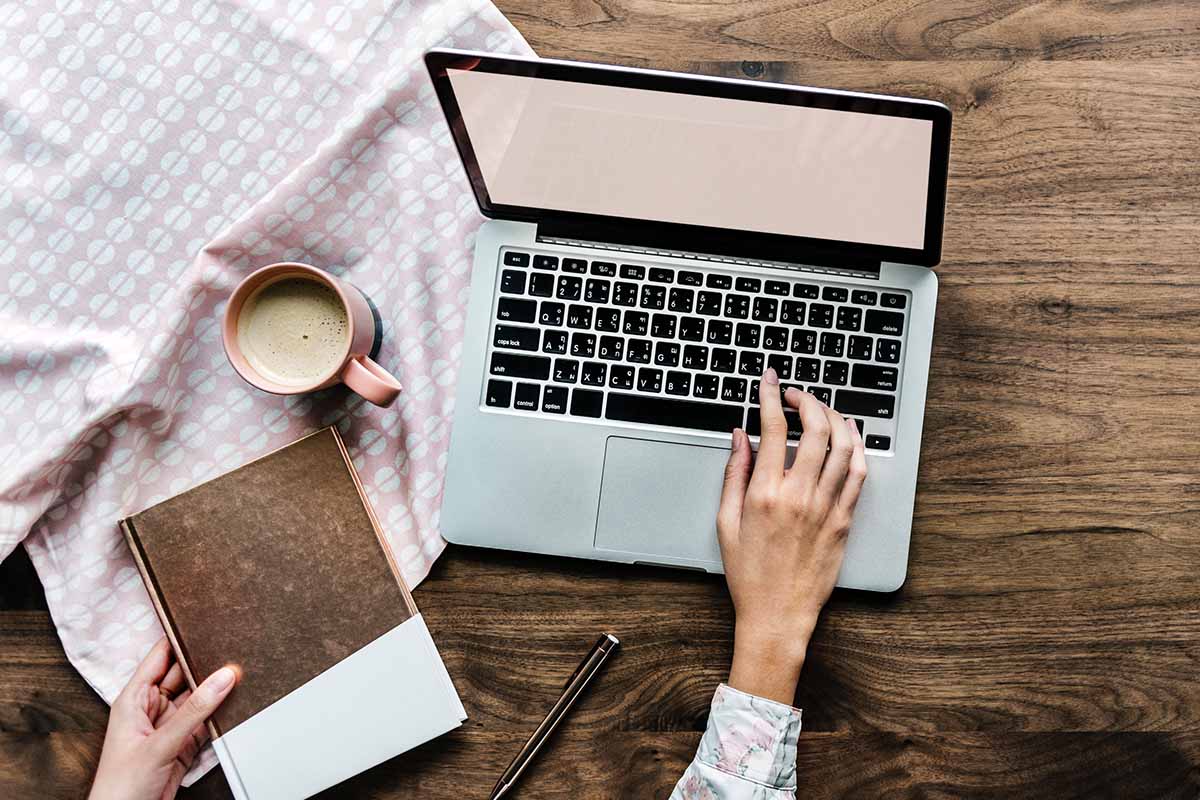 We all like completing goals – it feels great. However, what a lot of us don’t do is to make achievable ones regularly. We set little ones and then get bored with the idea a lot of the time. We also create huge goals that are very long-term and that will probably never be completed. As a boss, creating weekly goals for them is such a great idea as they work towards something while satisfying a need for themselves regularly.

Life Hacks to Live By
What You Need to Know Before Getting a Tattoo
March 14, 2022
Tips for Choosing Ergonomic Office Chair Back Support
December 22, 2021
Dealing With The Death Of a Loved One
February 20, 2020
Ads
Stay Connected
Where to buy medications ? How to cure impotence with pills? You can buy sildenafil australia online easily. For Thai customers look at priligy thailand online. In Singapore find viagra singapore for sale.