HomeLifestyleThe Main Characteristics of an HTI Rifle: One of The Best Long-range Hunting Rifles

The Main Characteristics of an HTI Rifle: One of The Best Long-range Hunting Rifles 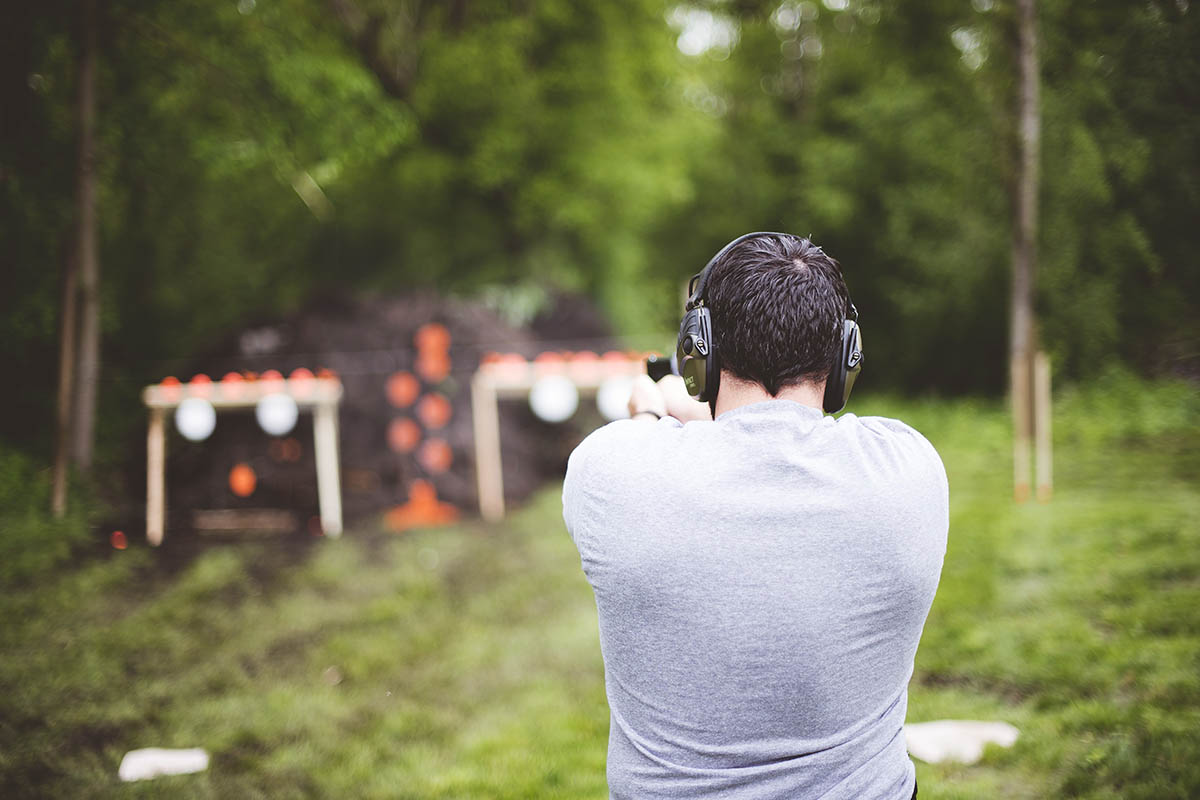 The Main Characteristics of an HTI Rifle: One of The Best Long-range Hunting Rifles

Before you can choose the best weapon for hunting, you must make sure the firearm of your choosing has the right characteristics. Be sure you choose a firearm that is lightweight, agile, easy to use, accurate, and easy to reload while on the go!

What is an HTI rifle?

An HTI rifle, also known as the desert tech hard target interdiction rifle, is a type of bullpup sniper rifle that has been created by Desert Tech, a rifle manufacturer that is located in Utah and owned by the founders of the Latter-day Church of Christ religion.

Design of the HTI Rifle 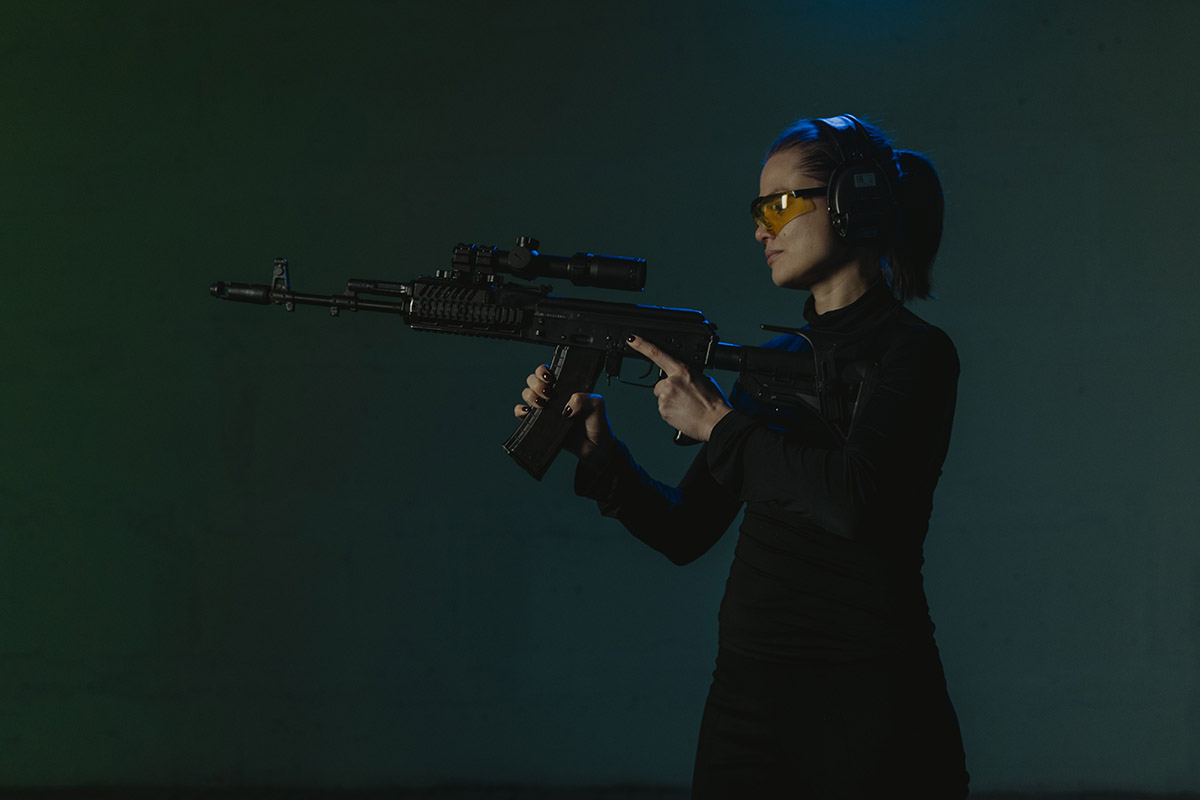 The design of the HTI rifle has been conceptualized and refers to the SRS-A1, a desert tech stealth recon scout bolt-action sniper rifle. There Have been many variants of the SRS weapon, which includes the SRS-A1, SRS-A2, SRS-A1 Covert, and SRS-A2 Covert. The features of the SRS-A1 that make it valuable and high-quality include the bullpup bolt-action design that helps maintain a compact shape, ergonomic pistol grip, and weight shifted to the rear of the rifle.

The weight of the rear to the rifle means the user can easily balance the weapon while in use and prevent kickback that can lead to inaccuracy. Due to the lease of the use of this type of rifle, the HTI rifle used this idea for its design.

Along with following the design of the SRS-A1, the HTI rifle is made of high-impact polymer to increase long-term durability and withstand tough use. Furthermore, it uses durable coatings but remains lightweight for easy carrying and consistent use over multiple hours. Along with a lighter weight, this type of rifle is also shorter and more accurate than other options currently on the market in military operations, showing the prowess and accuracy of the HTI rifle.

When you need to change the barrel of the HTI rifle, don’t worry – this can be done within one minute. You can quickly change out the chambers of the barrels in no time, switching between various chambers such as the .408 CheyTac, and the .416 Barrett.

Characteristics that make the HTI rifle good for hunting: Accuracy

One of the main reasons why the HTI rifle is good for hunting is due to accuracy. There is no point in getting a sniper rifle or a weapon if it is not accurate over long distances for hunting. If you need to hit targets that are far away or you enjoy practicing on long-distance targets, using an HTI rifle ensures that you can remain accurate while shooting over long ranges.

There is no point in getting a weapon that can reload fast or is lightweight if it is not accurate – accuracy is the most important factor when deciding what rifle or weapon to use for hunting. Since the HTI rifle is used for sniper rifles all across the world, you can rest assured this weapon is accurate, reliable, and works well for consistent use.

The next factor that makes the HTI rifle a good choice for hunting is the maneuverability and handling of the weapon. You don’t have to worry about having a tough time moving your weapon, keeping it concealed in tight spaces, or carrying it with you all day. Due to its smaller shape and compactness, you can rest assured that it can be stored in a bag, held easily, or switched between arms with ease.

The next benefit of using the HTI rifle is the ability to shoot long distances with this type of weapon. You don’t have to worry about the bullet not making it to your target or the trajectory being poor. With the HTI rifle, you can use the ammunition with confidence as you plan to hit long-range targets.

The next benefit of using the HTI rifle for hunting is the follow-up ability and the way that you can reload your shots. Since this type of rifle is a bullpup bolt-action rifle, it is easy to reload with a very short time frame to get your next shot off quickly. In addition, you can easily change cartridges or the barrels with no problem at all, making it easy for you to change the setup of your gun while you are out hunting for the day.

The next benefit of using the HTI rifle for your hunting season is the durable material of the weapon. You don’t have to worry about the material of your weapon getting scuffed, scraped, or damaged during tough use.

You can run, jump, and slide on the ground with your gun and you will find that none of it destroys the hard exterior of your weapon. When hunting in tough terrains, such as with branches, trees, and brushes, you need a durable weapon with a tough exterior material that will last multiple hunting seasons.

Characteristics of an HTI Rifle: Conclusion

If you’re deciding whether or not the HTI rifle is a good choice for hunting season, rest assured that this type of weapon is ideal for long-range shooting. With a sniper scope, bolt-action reloading, bullpup design, lightweight material, durable exterior coating, ease of follow-up shots, and agile handling, you can use this type of rifle in tight spaces and for long periods. You could also include the upper and lower receiver of the rifle. 80 Percent Arms has a large selection of 80 lowers for purchase online.

Your Buying Guide to the Best Appliances...
June 30, 2022
Hiring Small Builders Company for your N...
June 29, 2022
The Benefits of Upskilling Your Staff
June 28, 2022
Previous article Next article
About Author

Life Hacks to Live By
What to Consider When Hiring Home Cleaning Services
May 27, 2021
8 Fun Tips to Possibly Meet Your Soulmate
March 25, 2021
Plastic Surgeries Improve More Than Just Your Looks
April 24, 2019
Ads
Stay Connected
Where to buy medications ? How to cure impotence with pills? You can buy ivermectin australia online easily. For UK customers look at priligy thailand online. In Singapore best place is viagra singapore for sale.