A Crash Course About Men’s Depression 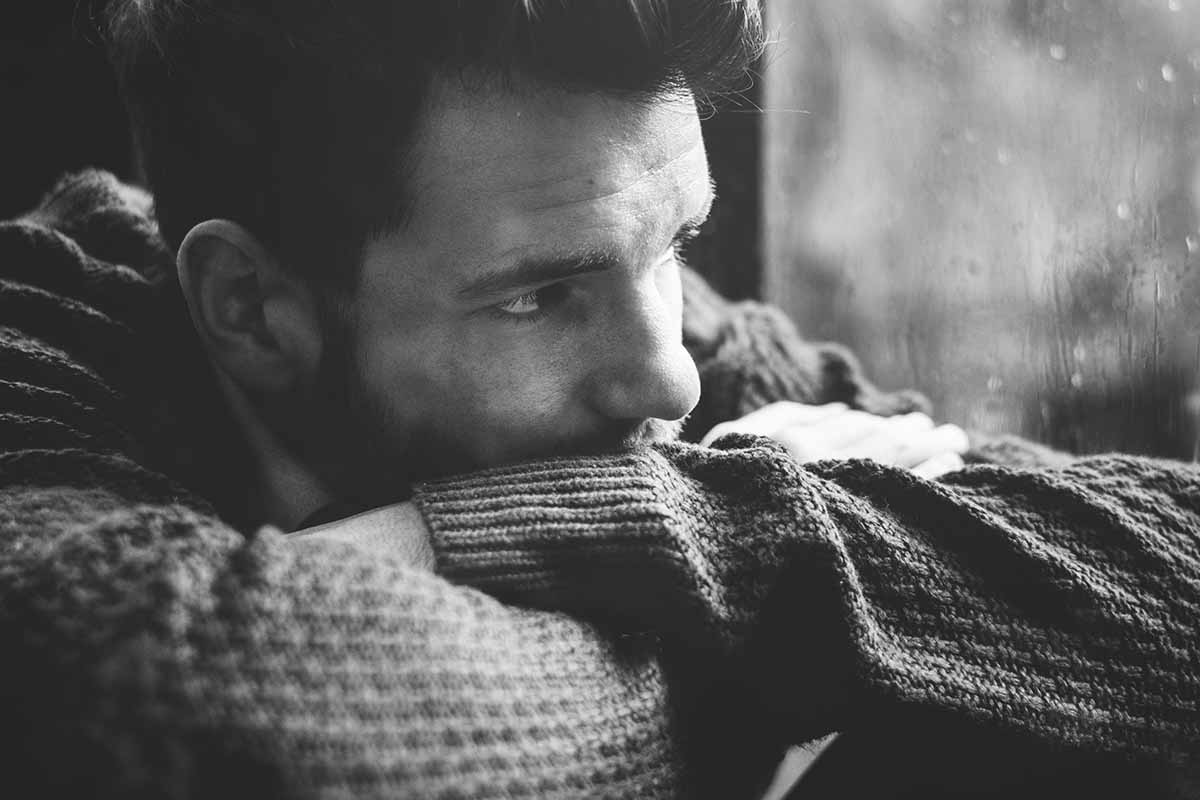 A Crash Course About Men’s Depression

Depression isn’t only a men’s issue. It’s everyone’s dilemma regardless of the different social levels. Depression can destroy a person’s life, no matter what gender. Many studies prove that women are more likely to suffer depression and anxiety than men.

However, men suffering from depression must not be disregarded because men usually fall behind when handling stress. Most men often commit suicide because they have a hard time controlling their depression.

Due to the stupid ideas about men and their masculinity, depression, anxiety, and stress have also become a more significant issue for men. People always rely on men like the tough and self-reliant ones, who can handle any pain and take charge of different situations. However, men can be as weak as women, but they, themselves, try to brush off the fact that they might have health problems.

About men’s depression: What is Depression?

Everyone occasionally feels down, but if a man has been unable to focus, feels overly sad, angry, moody, or has difficulty sleeping for a couple of weeks, it can be depression. It can also affect the usual activities that he enjoys.

Knowledge: The Symptoms and Signs of Depression in Men:

Here are the most commonly overlooked signs of depression in men:

They are experiencing physical pain. Sometimes when men are depressed, it shows physical symptoms. Typical examples of the pain are headaches, difficulty sleeping, backaches, erectile dysfunction, or even digestive problems. The following also doesn’t respond to treatments.

They are always irritable. Sometimes because of depression, men cannot suppress their anger and be sensitive. Some men also lose their sense of humor. Due to their rage, men resort to violence or become dominating and abusive.

They are always restless and tired. Due to the difficulty in sleeping, men become agitated that causes them to have problems in their concentration and focus. Because of this, their anger and restlessness also cause them to feel sad and lose interest in activities that they usually do.

Their behavior becomes reckless, which often leads them to death or suicide. If a man suffers from depression, he will most likely become restless. Their ideas will likely exhibit suicidal thoughts that push them to perform dangerous tasks. They usually engage in reckless driving, unsafe sex, and even abuse drugs and alcohol.

Since men don’t readily recognize or admit that they feel depressed, it’s hard for them to seek help. For the same reason, depression in men has become untreated or unidentified. 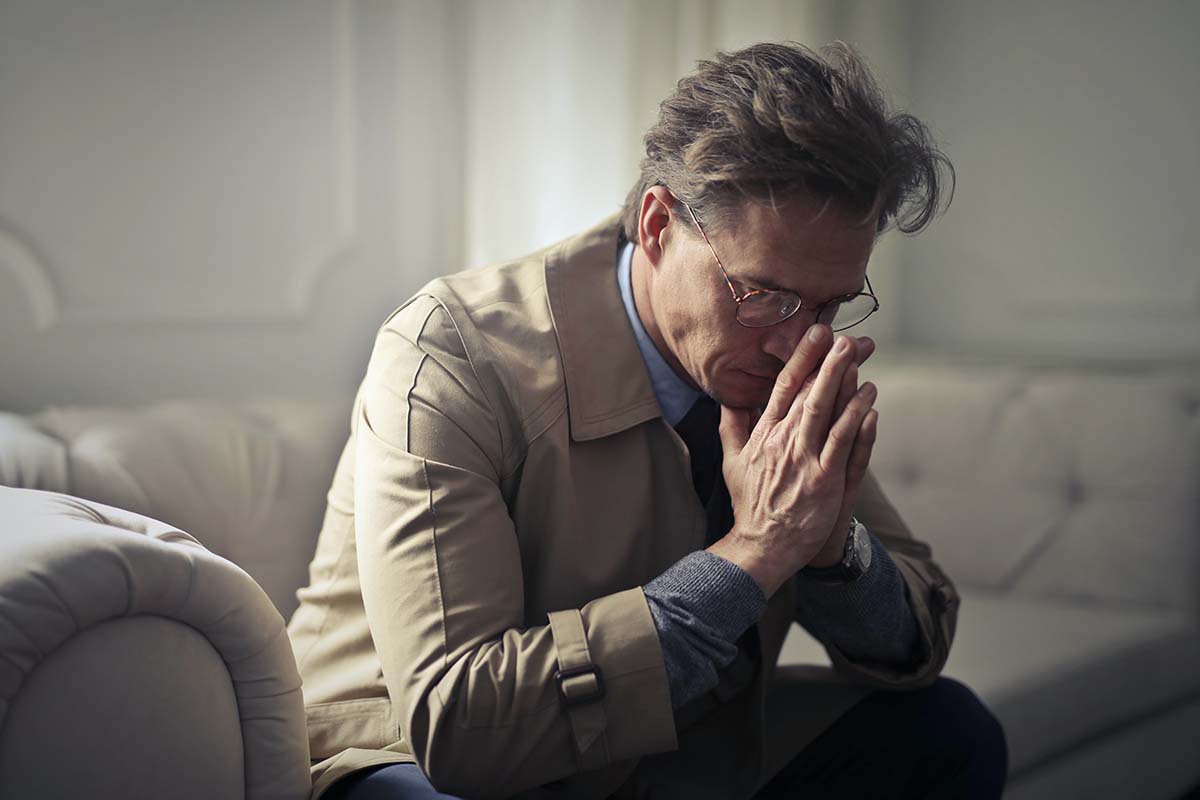 For this form of depression, the symptoms usually hinder performing well in work, sleep, and eating. The symptoms are severe and last for a few weeks or even months.

For bipolar disorder, there are chapters of depression alternating with rage. It becomes an excessive “high” mood with too much energy and even sleeplessness. In cases of insomnia, it can be a severe condition already.

If a person has psychotic depression, he cannot separate reality from unreality. In this form, he can experience the unwavering thought that he deserves punishment and is worthless. It will also stick in his mind that he committed a grave crime or even felt doomed with his problems. Psychotic depression patients have a higher risk of engaging in suicide.

An episode of this form can last for at least two years. The disease includes a deep-rooted depressed mood accompanied by subtle depressive signs compared to patients with major depression.

Prevention: Things Men Can do To Prevent Depression 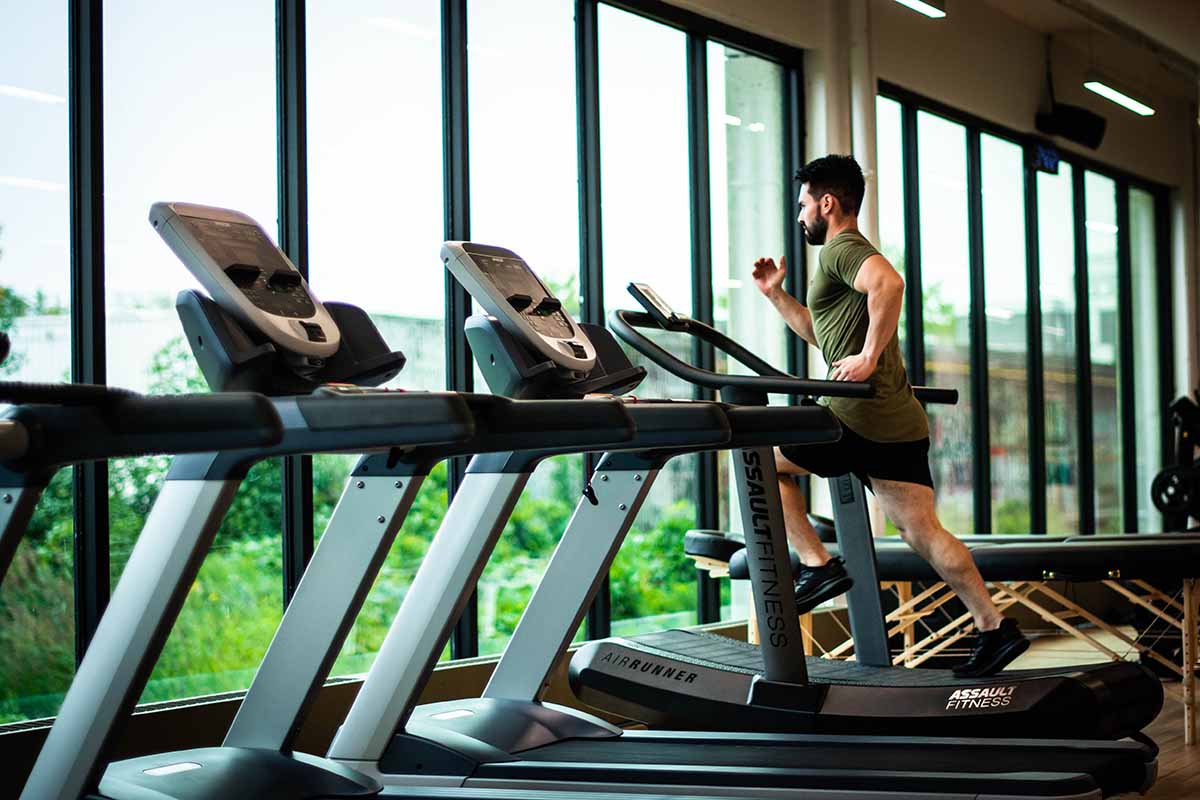 There is no medicine, herb, or supplement that will help avoid episodes of depression. Most likely, if men experience depression, there will be other recurrences. However, there are ways to reduce these episodes:

Both can worsen or even cause depression. It will also block the effectiveness of the person’s treatments.

Drinking medicine for at least six months after the first episode of depression will help prevent recurrences. You can also try natural supplements from Stay Wyld mushroom powders to help alleviate your mood.

If the techniques are well-performed, there are high chances that they will work alongside medicines that will help prevent future episodes. It will also contribute to reducing stress in the daily routine. Having too much pressure can provoke depression. However, there are healthy ways that will help a person manage stress.

A relaxing activity can assist in aiding the symptoms of depression. Enrolling in a yoga class can be beneficial because it involves progressive muscle relaxation, meditation, and deep breathing.

If the person is depressed, simple activities like getting out of bed are terrifying; how much more exercising. However, regular exercise is as effective as medication for men suffering from depression. It will also help in boosting the mood of a person.

At least aim to have a regular exercise every day for 30 minutes. They can also break the exercise routine in half. Even just a 15-minute walk can improve their mood for three hours. Rhythmic exercises like weight training, dancing, martial arts, or swimming can add effectiveness.

Completing eight to ten hours of sleep will also help in boosting their mood. Sleep and exercise work helps in clearing disturbing thoughts. If the patient is exercising, his sleeping activities will also be productive. Also, not having enough sleep can worsen the symptoms of depression.

To improve the depressing feeling, having a healthy diet can help 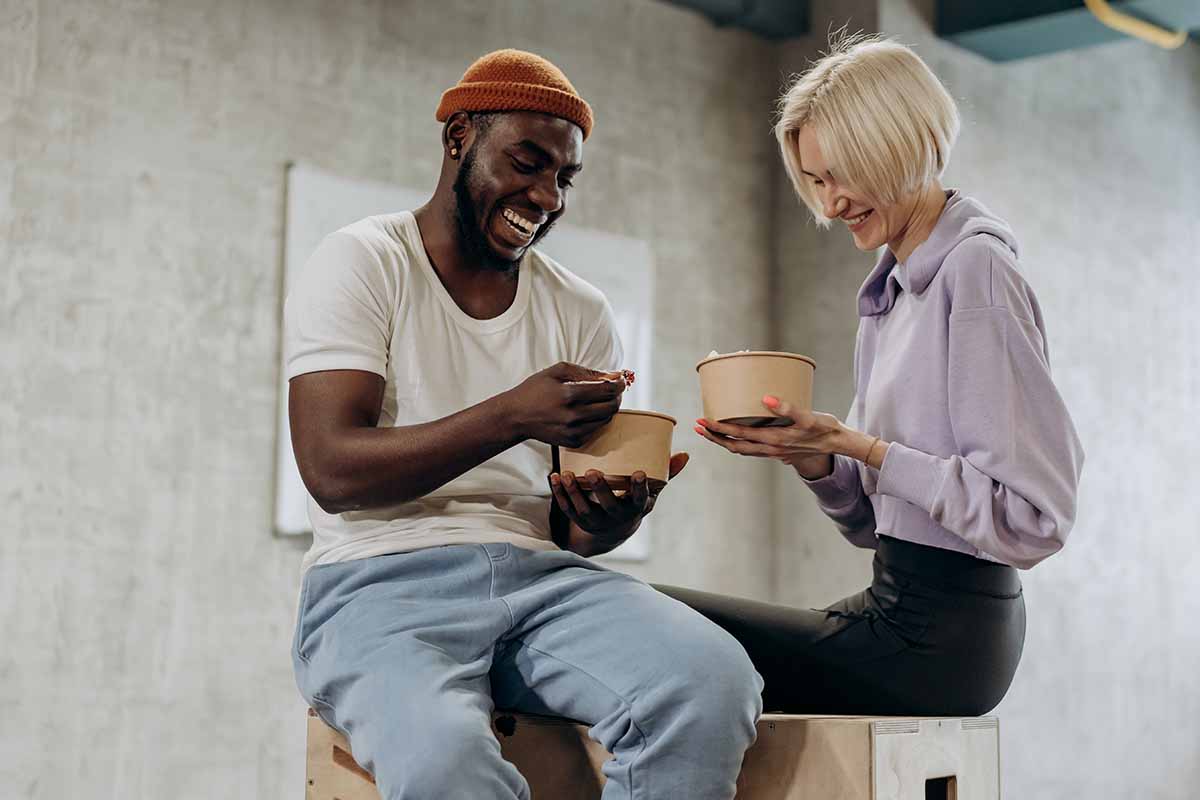 The intake of food affects the mood and feelings of a person. Eating right and eating healthy can help boost the mood. Avoid too much sugar and refined carbohydrates intake. People who feel depressed will most likely crave unhealthy foods like baked goods, sweet snacks, and even pasta and french fries. The “comfort food” will only lower down the energy and mood of the person.

Reducing the intake of food that adversely affects the mood, like trans fat, alcohol, caffeine, and foods with high preservatives levels would be beneficial. If possible, eating more Omega-3 rich food will boost the mood. Fatty fishes like salmon, mackerel, herring, and sardines are the best sources. Food like walnuts and seaweeds are excellent as well.

Regularly eating food that is rich in nutrients can enhance the mood. Eating spinach will help; spinach contains folate, and magnesium can improve sleep and reduce disturbance. Another great example is a banana that contains magnesium, vitamin B6, and tryptophan, and all are nutrients that decrease anxiety, promote alertness and even help boost the serotonin level.

Suppose the change in lifestyle and support from loved ones, seeking help from a medical professional is the best step. Try not to hide the feelings inside the cabinets in the room, but instead be honest in admitting the surface and physical symptoms. Here are some treatments that can help: 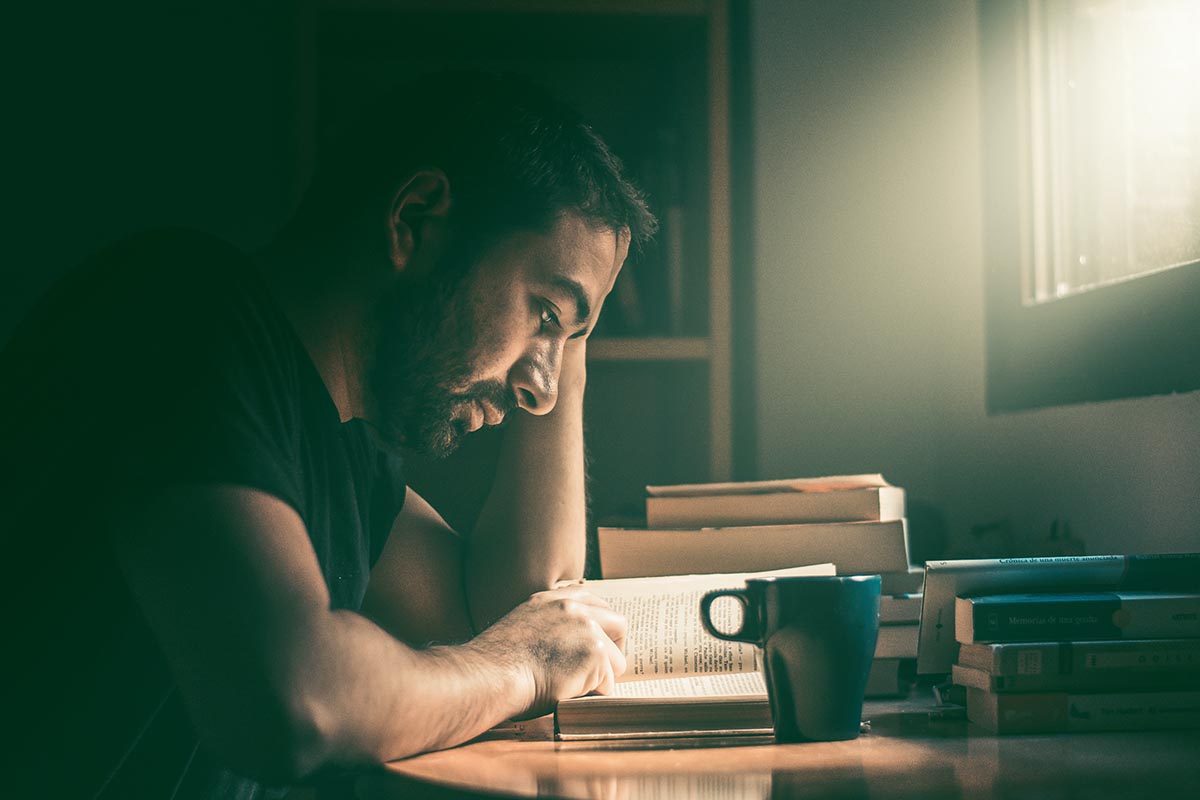 Male suffering from depression will keep his mouth shut even if he is suffering. People should not tease men for having that medical condition. The wife or any family member should caution a member who might have depression. Always check them, and if symptoms are showing up, try applying the prevention techniques.

However, if it doesn’t work, ask for professional advice from medical doctors. Medication and treatment might be a concrete solution that the patient needs. Every depressed person needs someone to understand their needs and care for them. And the stupid idea of men being the strong and tough ones permanently must be eradicated.

Life Hacks to Live By
How to Find a Tradesperson You Can Trust
November 02, 2020
Here’s What You Should Immediately Do After a Slip and Fall ...
August 29, 2019
Moving Fido: Here's Everything You Need to Know About Moving...
January 27, 2019
Ads
Stay Connected
Where to buy medications ? How to cure impotence with pills? You can buy sildenafil australia online easily. For Thai customers look at priligy thailand online. In Singapore find viagra singapore for sale.