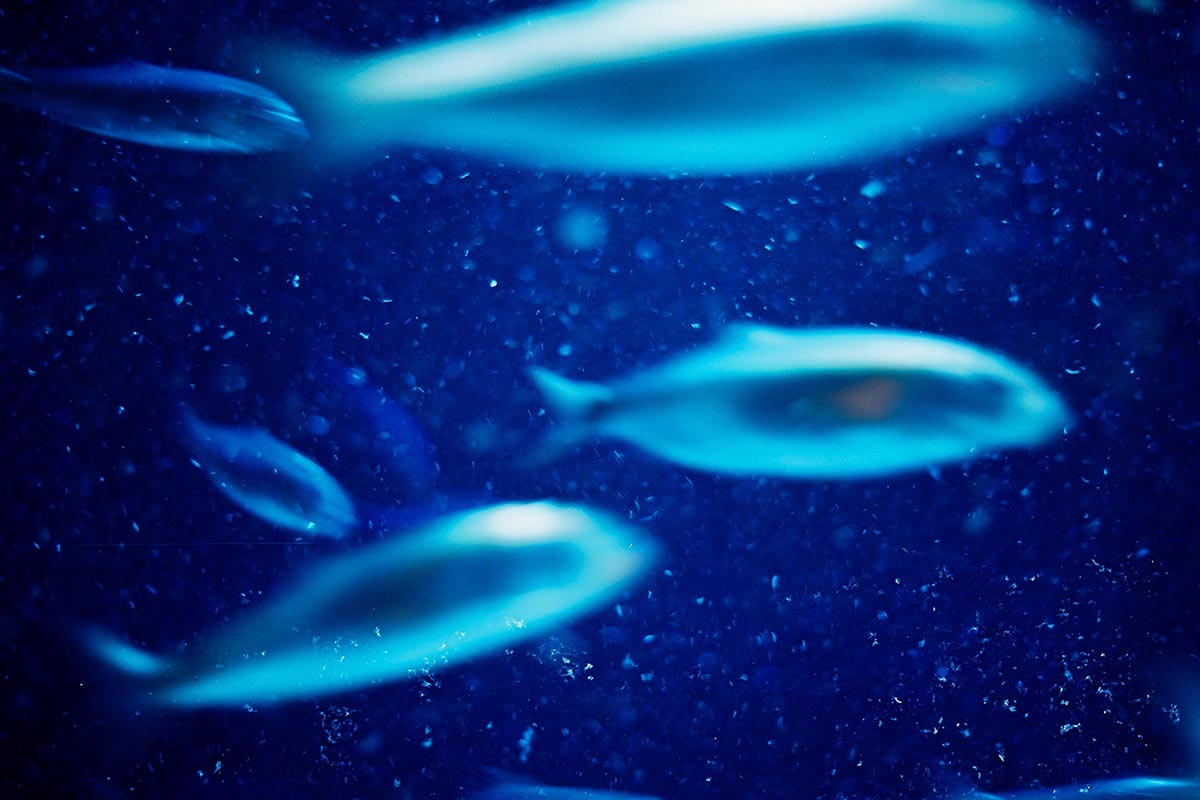 The moon is said to be better understood by humans than the underwater world. A case in point is the humble blobfish, one of nature’s more…interesting animals to have evolved over time. It is both intriguing and disgusting in equal measure and offers a fascinating view of the world beneath the waves. This post will cover some interesting facts about this bizarre creature and hopefully, shine a light on an animal that may look ugly but is filled with natural beauty that humans have been fortunate to discover.

What Is A Blobfish?

The blobfish (Psychrolutes marcidus) is a strange and unfortunate creature found along the shallow coastal waters of Australia, Papua New Guinea, New Caledonia, and parts of the Solomon Islands. The blobfish spends its entire life in the water, and despite its name, it does not actually have a blob-like appearance. It looks more like a giant tadpole when viewed in its habitat.

But although this creature is regularly deemed the ugliest animal ever (thanks to the Ugly Animal Preservation Society!), it is actually quite rare. It only develops its grotesque appearance after being removed from its usual high-pressure environment (causing it to expand). They are also inquisitive animals, as they will inspect anything that comes near them, including humans. Now that you have a rudimentary understanding of this exciting fish, it is now time to dive into some of the more compelling facts that make this creature so enigmatic.

One Fish To Rule Them All! 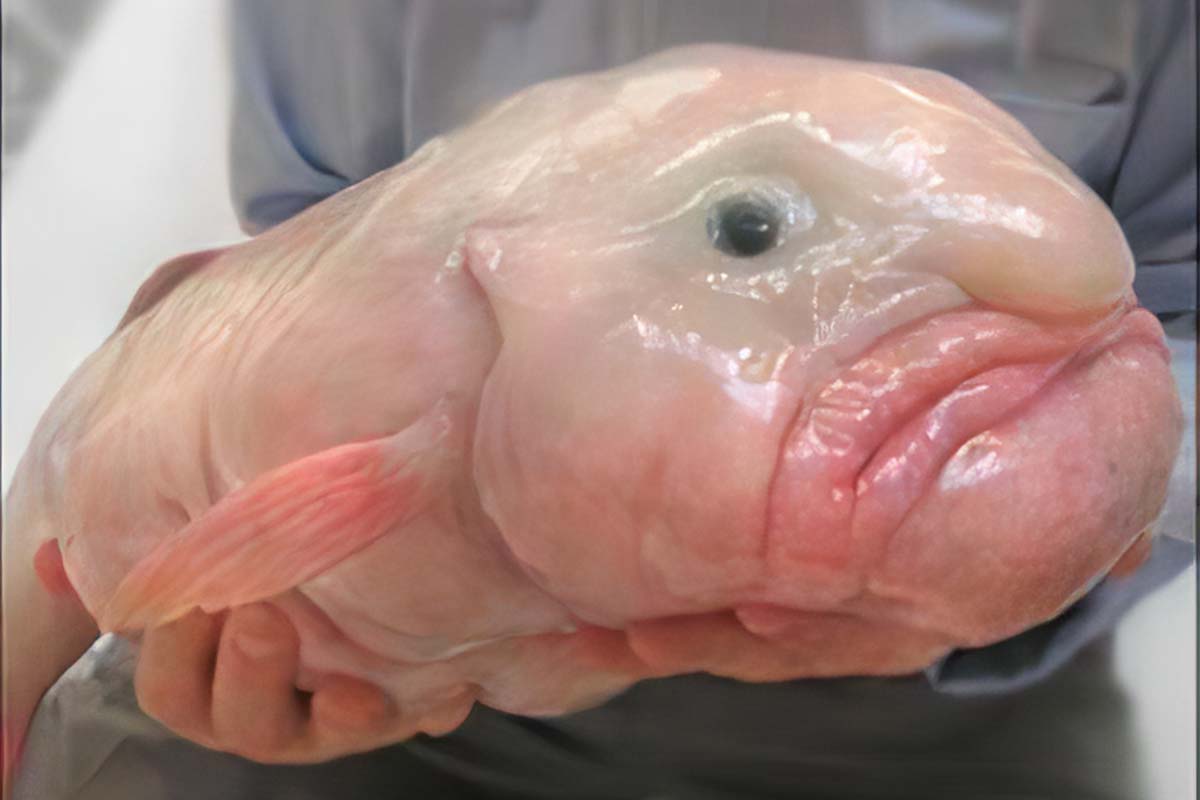 The poor old blobfish received its unfortunate moniker all due to one famous image that surfaced online in 2003. With its oddly disturbing, human-like face, it became the buzzword for the odd animals that inhabit the depths of the world’s oceans.

After seeing the fish, people began to associate it with a comically sad, human-like face reminiscent of something from the fevered imagination of a comic artist. With its elongated nose, wide mouth replete with thin lips, and tiny black dots for eyes, many people thought it was what it looked like. However, as you will find out, it is only due to the immense decompression of bringing it from the natural high-pressure environment that caused it to swell up.

It Looks Normal In Its Natural Habitat

Do you know what happens to a human in space if they remove their helmet? Unlike the movies would have you believe, in actuality, your eyes would begin to swell up out of their sockets, and your brain would force itself from whatever orifice that happens to be open like your mouth, ears, and recently vacated eye sockets. This is due to sudden decompression from the spacesuit environment into the vacuum of space.

Well, that is what happened to the much-maligned blobfish as a deep-sea crew from New Zealand pulled it out of its home deep in the abyss. These fish naturally live at depths up to 4000 feet. This is so deep that light cannot penetrate, creating an ink-black habitat devoid of anything that humans could conceivably understand. Furthermore, these depths make such a high pressure that you would be instantly crushed like a tin can if you left the confines of a deep-sea submersible. T

herefore, it is no wonder that in order to survive such depths, the blobfish has evolved so that it can cope with the conditions. In fact, if you are lucky enough to see one as it should be seen, you will be surprised at how “normal-looking” it seems in comparison to the famous photo.

OK, so lazy might not be a fair assessment of how they live their lives. Nevertheless, the fact remains that because there is relatively little sustenance near the ocean bed, they have to manage their energy expenditure carefully. This results in most of its time spent drifting with the currents, floating above the floor, and opening its mouth at opportune moments to catch unsuspecting prey.

Regarding its food, it will typically eat anything that crosses its path, with a particular predilection for other bottom-dwelling inhabitants like crustaceans, urchins, and mollusks. It is also interesting to note that for an animal that is basically made of jelly, it seems to enjoy eating other animals with sharp claws and spikes!

Blobfish Is (Unsurprisingly) Not Its Real Name! 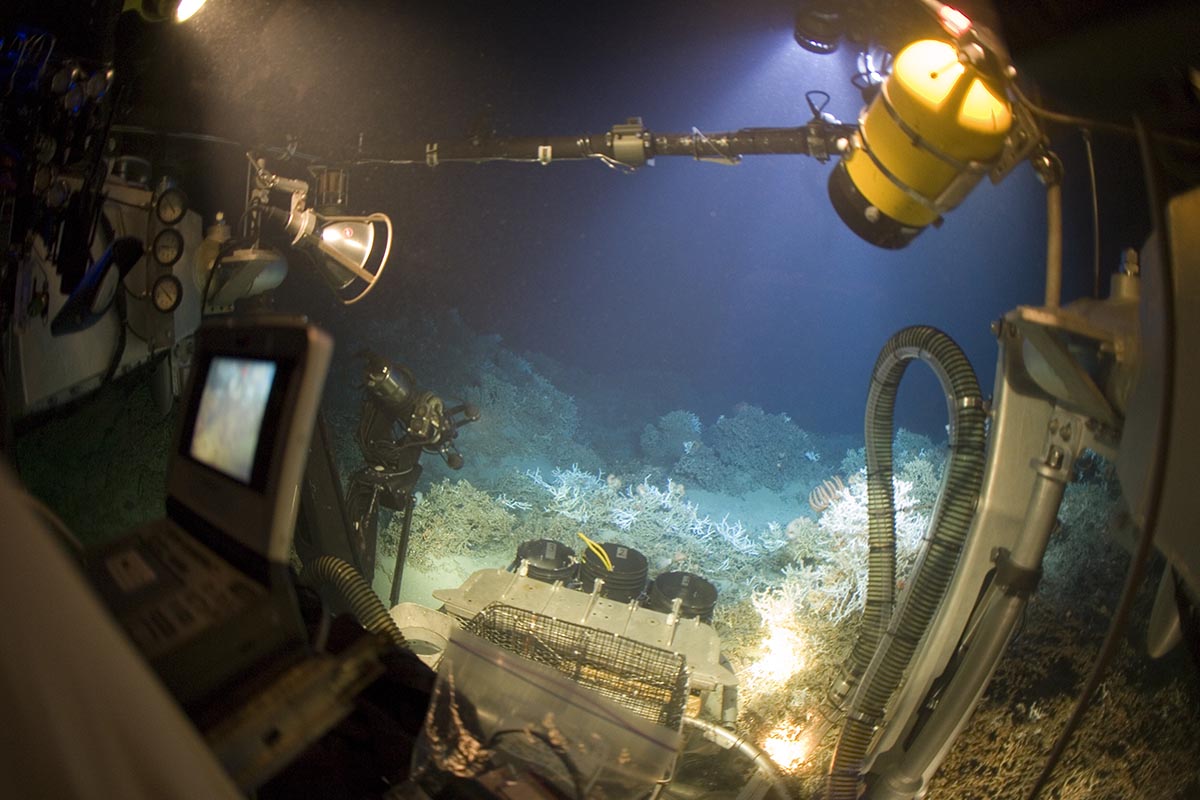 Its name was given to it as soon as its photo emerged for the first time. Although this name is surprisingly apt due to its appearance, it is almost onomatopoeic; its scientific name is Psychrolutes marcidus. The first part of that Latin name is derived from its inclusion in the fish family Psychrolutidae, of which there are six officially recognized species. All fish in this species are gelatinous, bottom-dwellers with a specific shape similar to an overgrown tadpole.

You would be excused for thinking that the latter part of its name is something equally sophisticated, but alas, it isn’t. Unfortunately, “marcidus” is Latin for withered, dropping, rotten, apathetic, languid, exhausted, feeble, weak…take your pick. The unfortunate truth is that even the scientists naming this poor fellow couldn’t resist a dig at its appearance!

They Have An Interesting Physiology

All jokes aside, it is actually a fascinating example of what happens when nature does what it does best; create animals ideally suited for their environments via evolution. Unlike most fish, the blobfish does not contain a swim bladder, the organ that provides most fish their natural buoyancy. Instead, they are a gelatinous mass, devoid of bones and with very little in the way of musculature and with a density slightly less than water. In other words, perfectly suited for the conditions of the deep sea.

World Famous Blobfish: Much Remains To Be Discovered

Despite their explosion onto the meme scene and the fact that they have captured the imagination of everyone who has seen them, there is still a lot unknown. This is partly due to the fact that creating projects to dive deep beneath the wave is a costly and hazardous endeavor. There is limited time and funding available with so much to explore, which means the blobfish is pushed to the side in favor of studying other, more exotic species.

The blobfish regularly ranks as one of the ugliest beasts on planet earth. While its appearance on the surface is somewhat justified, it is unfair to call this magnificent animal anything other than remarkable. With a body that has evolved to withstand the pressures of the deep seas, it is a marvel of evolution and a spectacular specimen to behold.

Life Hacks to Live By
8 Common Bathroom Plumbing Mistakes to Avoid
January 16, 2022
How Much Protein Do I Need Every Day?
July 04, 2019
Sumo Omni Lounge - Best Bean Bag
August 22, 2006
Ads
Stay Connected
Where to buy medications ? How to cure impotence with pills? You can buy sildenafil australia online easily. For Thai customers look at priligy thailand online. In Singapore find viagra singapore for sale.