Google Reaches The Last Throw Of The Dice With Stadia 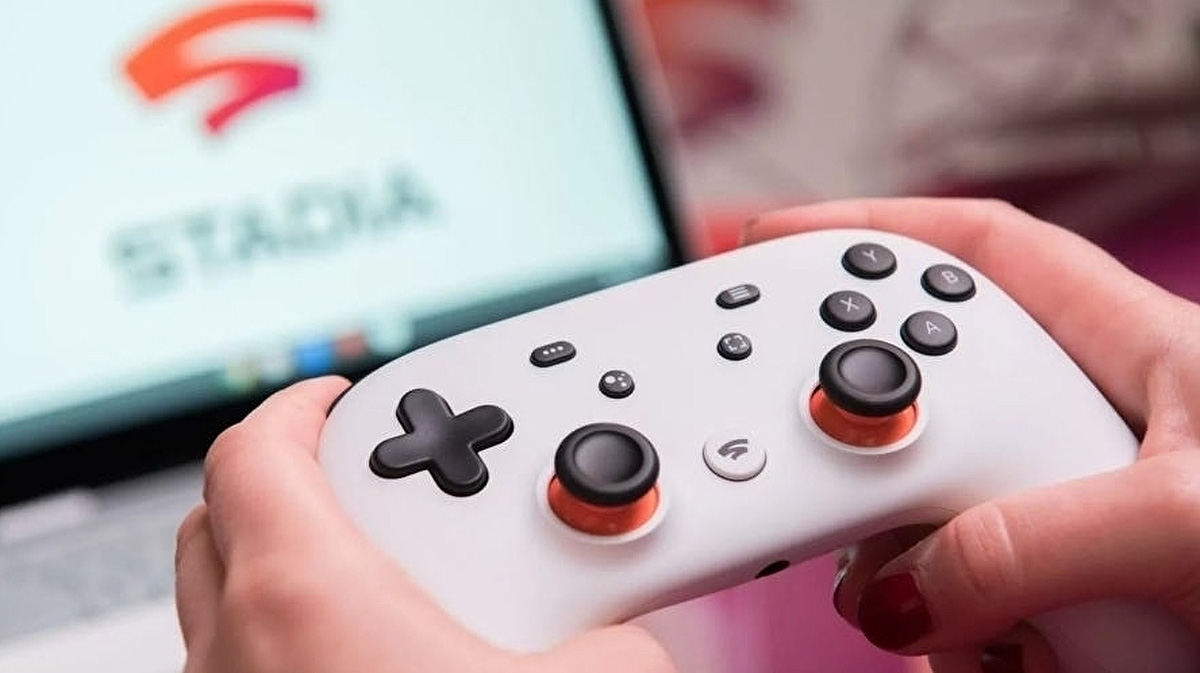 Google Reaches The Last Throw Of The Dice With Stadia

Google Stadia was supposed to be the future of video gaming. When Google launched the service with as much fanfare as it could muster in 2018, it tried to position it as the way everyone would play from that moment on. Gone was the need for anybody to have a large console taking up space in their home.

Gone also was the need for people to buy physical copies of video games either on discs or as enormous downloads, taking up much-needed hard drive space. Google Stadia was going to host all of our games for us, and we’d be able to play them on our laptops or smart TVs through the internet. Just four years later, it’s apparent that the idea hasn’t worked out the way that Google thought it would.

Although nobody at Google will ever publicly say so, the idea behind Google Stadia was too far ahead of its time. It relies on the concept that internet connection speeds are fast enough to stream high-quality gaming content without glitching, lagging, freezing, or experiencing frame rate drops. That’s an easy assumption to make from a cozy office in Silicon Valley where the internet moves at the speed of light, but it’s not true of most of the world.

Fiber-optic broadband isn’t even available everywhere, let alone the 5G network. In some places, it’s impossible even to stream a movie on Netflix without experiencing buffering. The infrastructure that Google Stadia relies on doesn’t exist in enough places to make the product viable. So Google has had to pivot, adapt, and experiment in an attempt to keep its pioneering product alive. This month it seems that it’s reached its last resort.

In the beginning, Google Stadia was available only on a subscription basis and only to those willing to buy an official Google Stadia controller from the company. That stance has been relaxed multiple times, with subscriptions to Google Stadia handed out like party favors to anybody who buys any other Google product. Even that hasn’t been enough to grow the player base, so it’s possible to play Google Stadia games without even registering an account this month.

Everybody is welcome to visit the Google Stadia website, hit the “click to play” button, and start playing games on a trial basis. They’ll still need to register if they want to play full games, but this move makes the gaming content on the platform more accessible than at any prior point.

Links to playable versions of brand new releases will even appear in Google search results, so nobody will ever be more than one click away from playing the latest games so long as they have a controller handy.

Some industry analysts believe that this isn’t an attempt by Google to keep Stadia alive so they can continue to operate the platform themselves. Instead, they feel it’s an attempt to demonstrate that the technology is viable so they can sell it to somebody else or license it to third parties on a white-label basis. According to The Verge, Google Stadia has told developers that they’ll be able to offer free trials of their games through Stadia before the end of the year.

They’ll be able to connect those free trials to YouTube videos. Players will be able to watch trailers, and if they’re interested in trying whatever game they’ve just seen, they can do so by pressing a single button. This will be possible regardless of whether or not the viewer has a Google account, much less a Google Stadia account. Stadia has also been opened up to Unity, and Unreal Engine games developers, making software porting more accessible through new tools.

Most tellingly, AT&T has been allowed to sign up with Google as a white-label partner to offer its free games using the technology that Google developed for Stadia. In short, that means that Google is no longer treating Stadia as an in-house, proprietary platform. It’s open for business, and anyone who wants to use it will be able to use it within reason.

It sounds as if Google Stadia will no longer be a place to play games – it will be a place to try games before they buy them elsewhere. It will become something akin to a casino review site. The idea of Google Stadia was always comparable to online casinos, where hundreds of games are packed into a single online platform. Still, the comparison will now be more vital than ever.

If you were to look at a website that reviews online casino brands – Sister Site, for example – you’d see that it offers information about not just casinos but their games and their features and will include links so people who want to go and play the games can do so at third-party websites.

Google Stadia will be providing that service for traditional video games rather than iGaming products. It’s a profitable endeavor for those review sites – else they wouldn’t exist at all – but it remains whether it can be a beneficial model for Google Stadia.

Even if the “new” Google Stadia manages to become a success through its white-label partners, it will still be a far cry from what the product was supposed to be when it launched. We now know that Google will likely never become a significant player in the video game market. We also know that, for the central part, players aren’t yet ready or able to say goodbye to their Xbox or PlayStation consoles. The idea is still too new, and the technology behind streaming isn’t there yet.

That might change one day. Amazon has been watching Google Stadia very closely as it prepares to roll out Amazon Luna – a similar product – across the United States of America and the wider world. The failure of Stadia ought to have terrified Amazon, but they appear to be determined to persist.

Perhaps they’ve learned things from Stadia and spotted opportunities nobody else can see. If so, it will be Amazon rather than Google that brings about the next video gaming revolution – but we’re not about to hold our breath on that front.

Life Hacks to Live By
Here Are The Nutrition Supplements You Need As A Vegan Athlete
May 27, 2022
Dealing with Loss and Bereavement: Your Helpful Guide
August 06, 2021
Top 5 Fitness Trends for 2020
November 17, 2017
Ads
Stay Connected
Where to buy medications ? How to cure impotence with pills? You can buy ivermectin australia online easily. For UK customers look at priligy thailand online. In Singapore best place is viagra singapore for sale.