HomeInspiration5 Anime Villains and Touching Stories Behind Them

5 Anime Villains and Touching Stories Behind Them 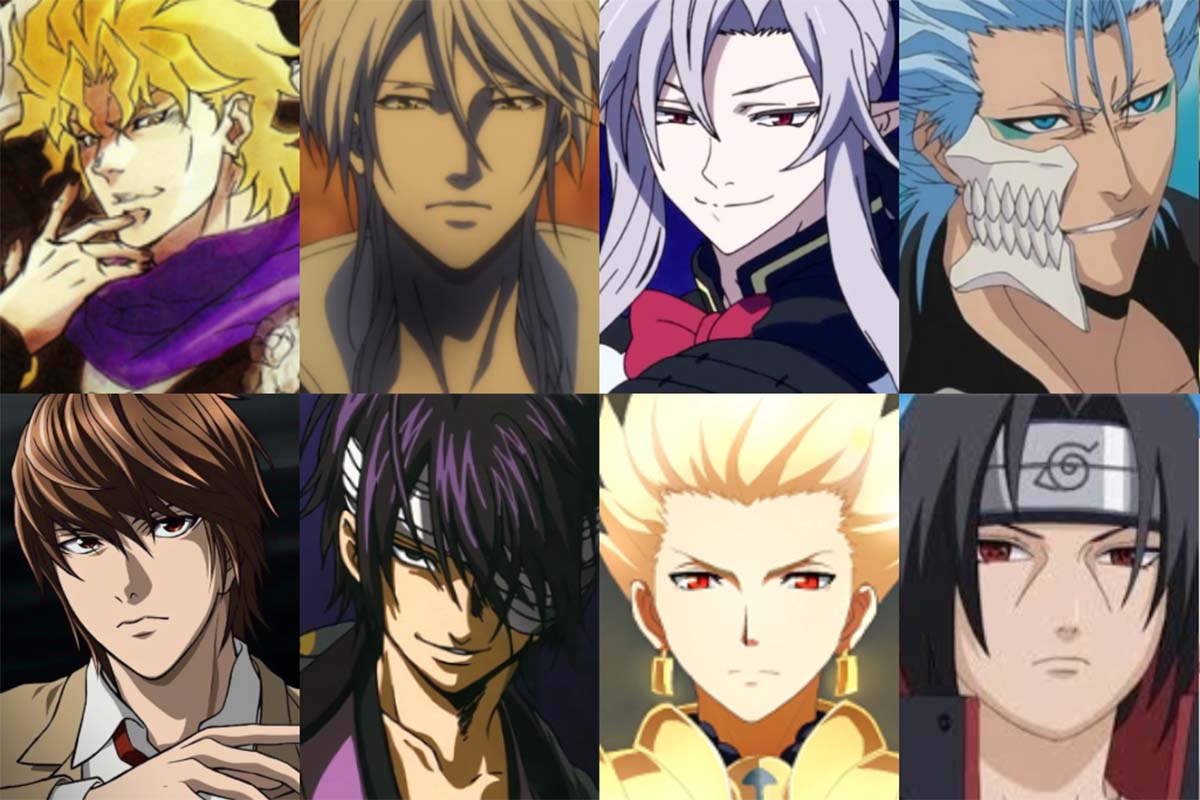 5 Anime Villains and Touching Stories Behind Them

Sometimes, in anime, the villain’s story is far more touching than the protagonist’s. Anime villains are notorious and evil, but there are times when creators project the stories of the villains in such a way that it leaves the viewer’s obsessing and sympathetic towards these charming villains. It also makes the hero pause to wonder whether or not they should kill the villains.

In storytelling, this is an effective tool to compare the villain’s story against the protagonist’s story and later discover the villains’ origins more heartbreaking. Such things help the viewer appreciate the stories better. Many Japanese anime villains have extraordinary powers and weapons, such as Japanese Katana, but also have the most touching stories behind them. Grab a handful of tissues because one might need them after reading about the heart-touching stories of these villains.

Jakotsu was the strongest of the Shinchinintai and the third in command. His signature weapon, the Jakotsuto or snake sword, had segmented folding blades that curved out from a distance. It makes it difficult for the opponent to predict the next strike. Jakotsu was a mercenary by profession and was killed by Renkotsu. After the death of Kyokotsu, Jakotsu got to know that he died at the hands of Koga.

Many soldiers confronted Jakotsu, who was appointed to execute the specters of the Shinchinintai. They utilized matchlock weapons to throw him off because they were set before Jakotsu’s revival. The weaponry proved worthless, and Jakotsu massacred all of the soldiers quickly.

After Inuyasha smelled the scent of blood and corpses, Inuyasha, Miroku, and Kagome approached Jakotsu, and they battled. Due to his particular sword, the Jakotsut, Inuyasha found Jakotsu to be a formidable opponent. Jakotsu was immediately attracted to Inuyasha and made several moves toward him, declaring at one point that he wanted Inuyasha’s ears because they were “cute.”  However, their fight was cut short when Mukotsu and his poisons arrived.

Jakotsu chose to pursue Inuyasha after discovering through a saimyosho that he was on his own, while Mukotsu dealt with the others.

Inuyasha and Jakotsu reconnected and resumed their fight. Because Jakotsu’s sword disrupted the air currents, Inuyasha could not employ the Kaze no Kizu during their furious battle. When Inuyasha learned through Shippo that Kagome and the others had been poisoned, he retreated. Later, Jakotsu came just in time to witness Mukotsu’s death. After learning from Renkotsu that he had converted into a human due to Mount Hakurei’s purifying barrier, Jakotsu ran across Inuyasha again inside the mountain. Inuyasha was just as cute as a human as he was as a Hanyo, thought Jakotsu.

After a long struggle, Jakotsu was defeated by Inuyasha and severely injured; nonetheless, Inuyasha spared him because he was unable to fight again. Jakotsu lay defeated, telling himself that he was happy because he could fight the war he desired and enjoyed his second chance.

He had a rough childhood, primarily spent in feudal warfare and uncertainty. While growing up, he mastered the study of ancient history, but soon he realized that he had made a mistake that would fail the world. In order to escape the cycle of war, truce, and collapse, he devises the Eye of the Moon Plan, which is the wicked Akatsuki’s ultimate objective of trapping the entire globe in a perpetual dream state.

He, and eventually the Akatsuki’s many commanders, accept the loss of global free will as a price for everlasting peace.

Madara tries to put his intentions into action by battling Hashirama Senju, co-founder of Hidden Leaf Village, for control of the village. Madara dies in the conflict, but Madara’s story does not finish there. He’s such a con artist that he set up protections to rewrite history in the event of his death. He goes into hiding and secretly develops his ideas.

Beelzemon, also known as Beelzebumon in Japanese, is a central villain in the Digimon Tamers. His occupation is Mega Level Virus Digimon impmon’s an alternative form. He has two powerful guns and sharp claws. He can ride at the speed of sound on his motorcycle. The former goal of the Beelzemon is to destroy the Digimon Tamers. Later he changed sides and helped Tamers defeat the D-Reaper. At the beginning of the series, he is a power-hungry devil who wants nothing but to gain more power. But his personality changes after he redeems himself to help the Tamers.

After Jeri pardoned him, Beelzemon was emotionally drained and shocked. He started reflecting on his life and the events that led up to that point. He started aimlessly marching through the digital wasteland with the picture of heartbroken Jeri sitting in his mind. At this point, he had lost his last hope to live and was devoid of bloodlust. This incident left the Beelzebumon quite vulnerable to the revenge of Chrysalimon; when he discovered the villain, he drained him of his energy and left him as a lost and defeated Impmon. 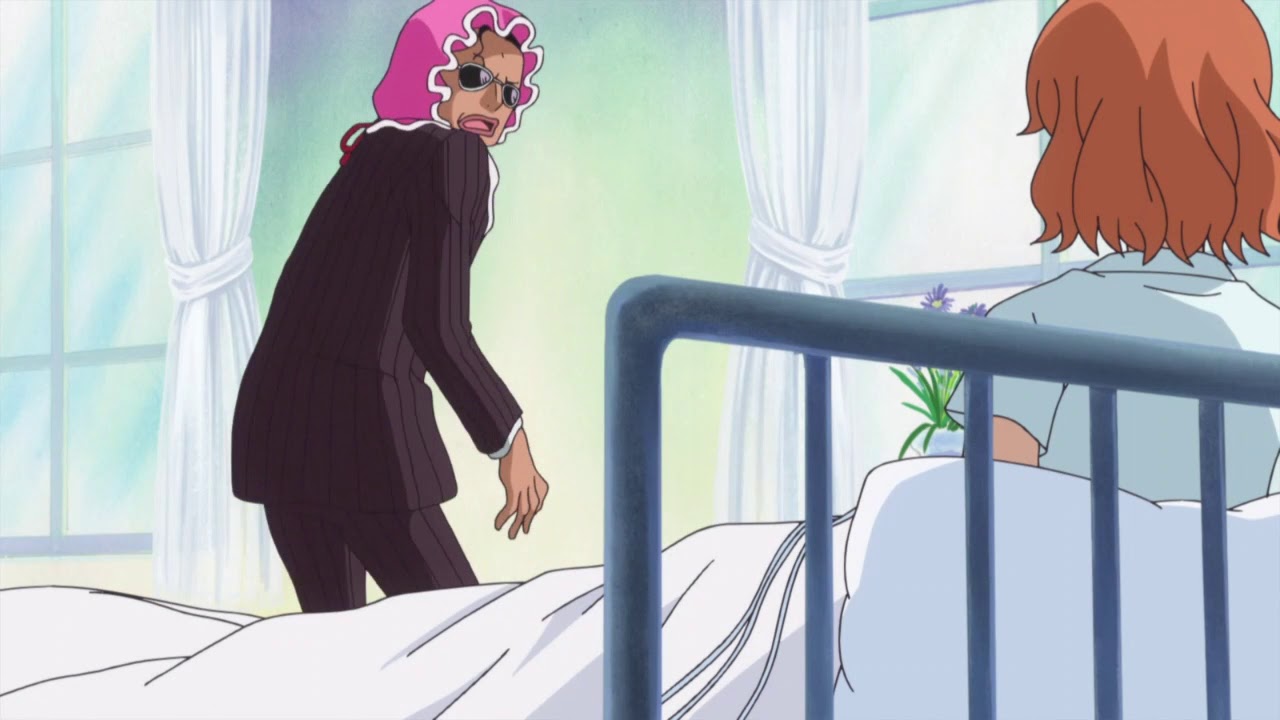 Senor Pink is an officer and assassin of the Donquixote Pirates’ Diamante Army. The officer was married to the Russian and is the father of Gimlet. He is the secondary antagonist during the Dressrosa Arc. To everyone’s surprise, Senor Pink is surrounded by highly obsessed women with him. He dresses himself as an infant and advises the ladies to find someone younger for them. At some point, he showed indecency, as he had no qualms about ripping a woman’s bra off to clean his face. This does not even remotely contribute to deterring women’s admiration for Senor Pink. He used a shoe cleaning brush to brush his teeth.

He was remarked hard-boiled by the people and women who admired him, while his male underlings praised how cool he looked. Senor Pink has a compassionate and kind side, which can be seen when he protects a random cat in the middle of a battle. This act of kindness even made Franky cry.

Despite being surrounded by women, he had strong feelings for his wife. His wife hated pirates, and he happily hid his pirate career from her. While he wished to quit, his loyalty to his crew made it quite impossible to leave the service. Hence, he was left with no option but to juggle between two families. Senor Pink was away from home, and his son Gimlet got a high fever. Later he died of fever. After this, he revealed his true identity to the love of his life, Russian. She was pretty devastated after hearing the news and ran outside the house in the snow blizzard.

She got injured in a landslide. He was very heartbroken and did everything to make her smile again. Due to her injuries, his wife was in a vegetative state. She would only cheer up or respond to Senor Pink when dressed as his deceased son. He dressed up as their son by wearing infant clothes. Many people laughed at him and called him a pervert. He brushed it all off for the love of his wife. Despite dressing up as a child for his son and wife, he claims that he does not like infants. Senor Pink is undoubtedly one of the kindest villains with a heart-touching story. 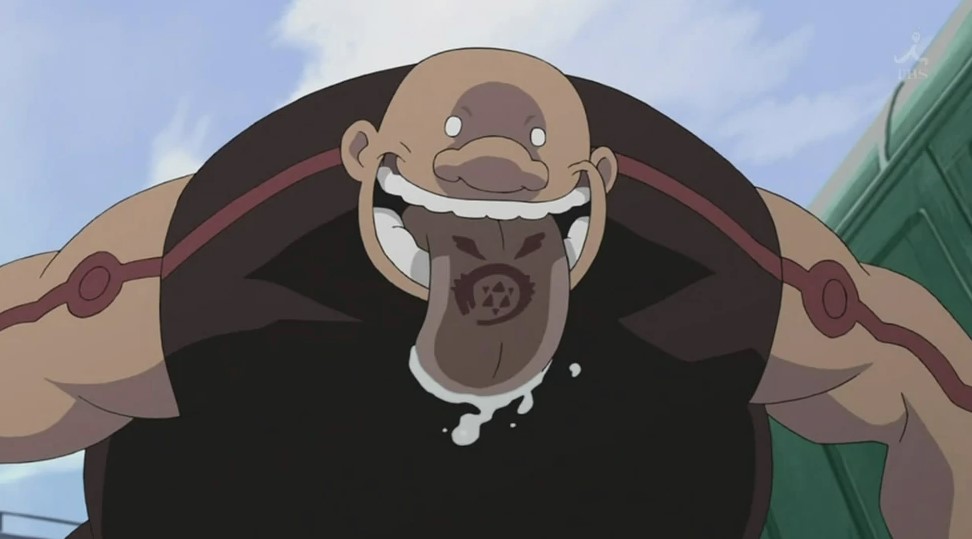 Gluttony is the personification of some of Father’s gluttony. Occasionally, he can be seen eating a random person or creature unless ordered to eat someone who poses a threat or remove evidence of the Homunculi’s presence. Gluttony is traditionally in the company of Lust. Under normal circumstances.

Gluttony is quite docile and is devoted to bouts of frenzy in which he tries to eat whatever crosses his path. Gluttony likes eating people and even mentions to Wrath that he prefers eating girls because he finds them tasty and soft. He may appear as a monstrous character, but he has childlike characteristics. He is surprisingly kind and has demonstrated great love for his siblings several times. After Lust has died, Gluttony gets depressed.

Dante, irked by constant moping, erases the Ouroboros mark on Gluttony’s tongue, turning him into an uncontrollable eating machine.

Last words of Gluttony when Pride was consuming him.

Well, this is not a benchmark that if a character in a story is an antagonist does not mean that they will not suffer. If looked closely, some of the most painful stories all the times are of villains. You might have heard some of these saddest stories about the above-mentioned anime villains.

Life Hacks to Live By
Use This Indoor Cycling App to Build Your Body
October 28, 2022
The Ultimate Buyer's Guide to Office Chair Back Support
December 13, 2021
Common Interview Questions for Admission to Online MBA Progr...
February 14, 2019
Ads
Stay Connected
Where to buy medications ? How to cure impotence with pills? You can buy sildenafil australia online easily. For Thai customers look at priligy thailand online. In Singapore find viagra singapore for sale.