The 10 Greatest Eurovision Entries Of All Time 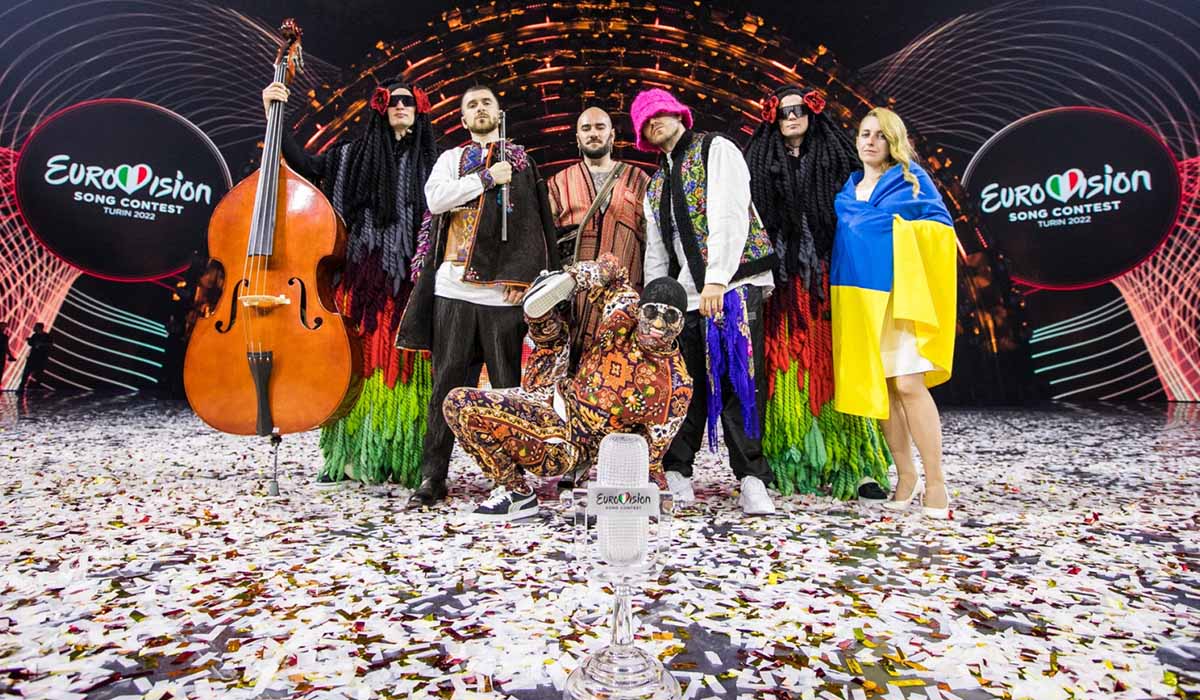 The 10 Greatest Eurovision Entries Of All Time

For some, the Eurovision Song Contest doesn’t matter at all. It’s simply a yearly competition in which a group of countries competes to see whose slight, inconsequential song wins.

For others, however, Eurovision is more than just an event; it’s a chance for the world to come together in the name of musical appreciation and letting loose for a little while. Of course, someone has to win, and that’s why some entries are just more worthy of that appreciation than others. Here, in no particular order, are the 10 greatest Eurovision entries of all time.

According to an infographic put together by the good folks at Betway casino, “Rise Like a Phoenix” is Austria’s most successful song at Eurovision. With a total of 290 points (67.1% of the competition’s total), “Rise Like a Phoenix” was the clear and comfortable winner at the 2014 Eurovision Song Contest, and it’s easy to see why. Conchita Wurst’s elegant, classy James Bond-style ballad had lush orchestration, great staging, and an absolute dynamite vocal performance. 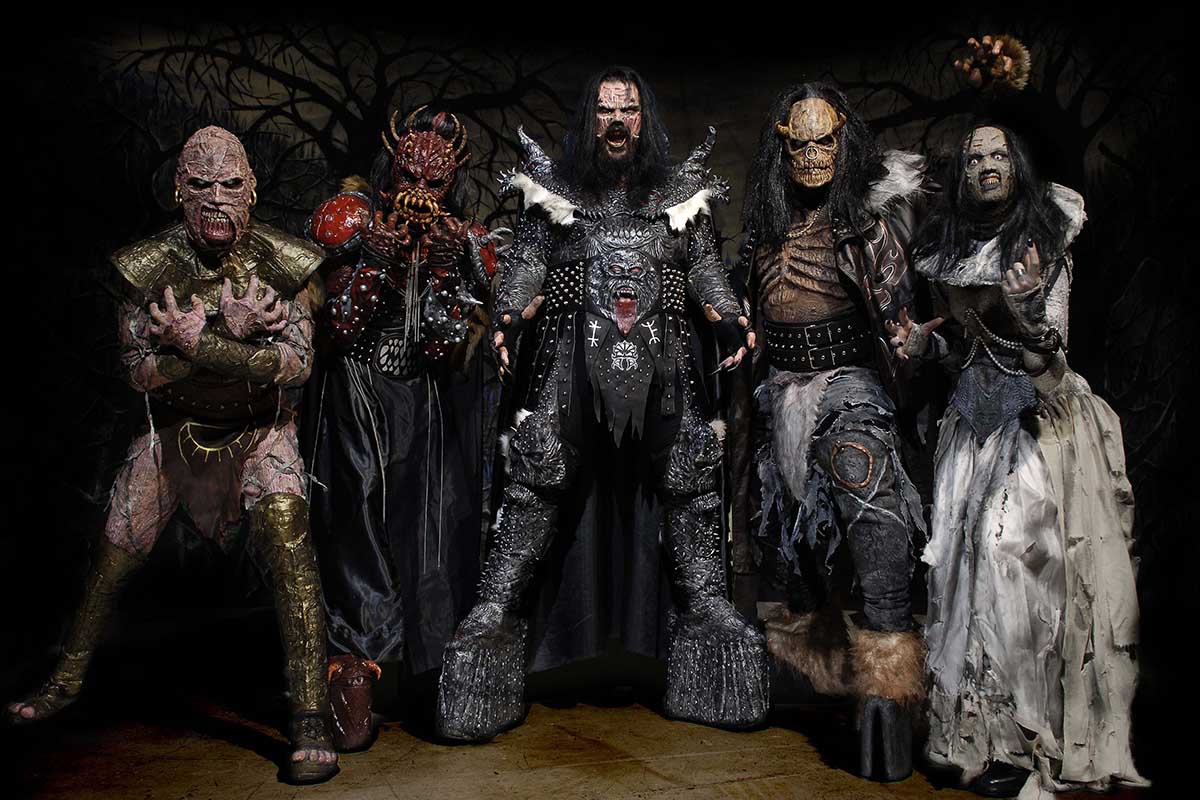 The Eurovision world had never seen the likes of Lordi before. Storming onto the stage in Athens and proceeding to rock the crowd’s collective socks off, Lordi performed their shock rock anthem “Hard Rock Hallelujah”, stunning the judges and the audience into awarding them the number one prize. Lordi’s song is a hard rock triumph that deserves to be seen as a serious entry into the genre as well as a clear Eurovision highlight thanks to its driving riff and screaming vocals.

If ABBA joins your competition and submits a song for it, then everyone else has already lost. “Waterloo” is a perfect pop confection full of addictive singalong choruses and great performances, but what’s more, well, it’s an ABBA song. Linking Napoleon’s defeat at Waterloo to a romantic surrendering, “Waterloo” is irresistible; it’s bouncy, positive, and upbeat, with great composition and impeccable instrumentation. It’s no wonder ABBA would go on to even greater things after this. 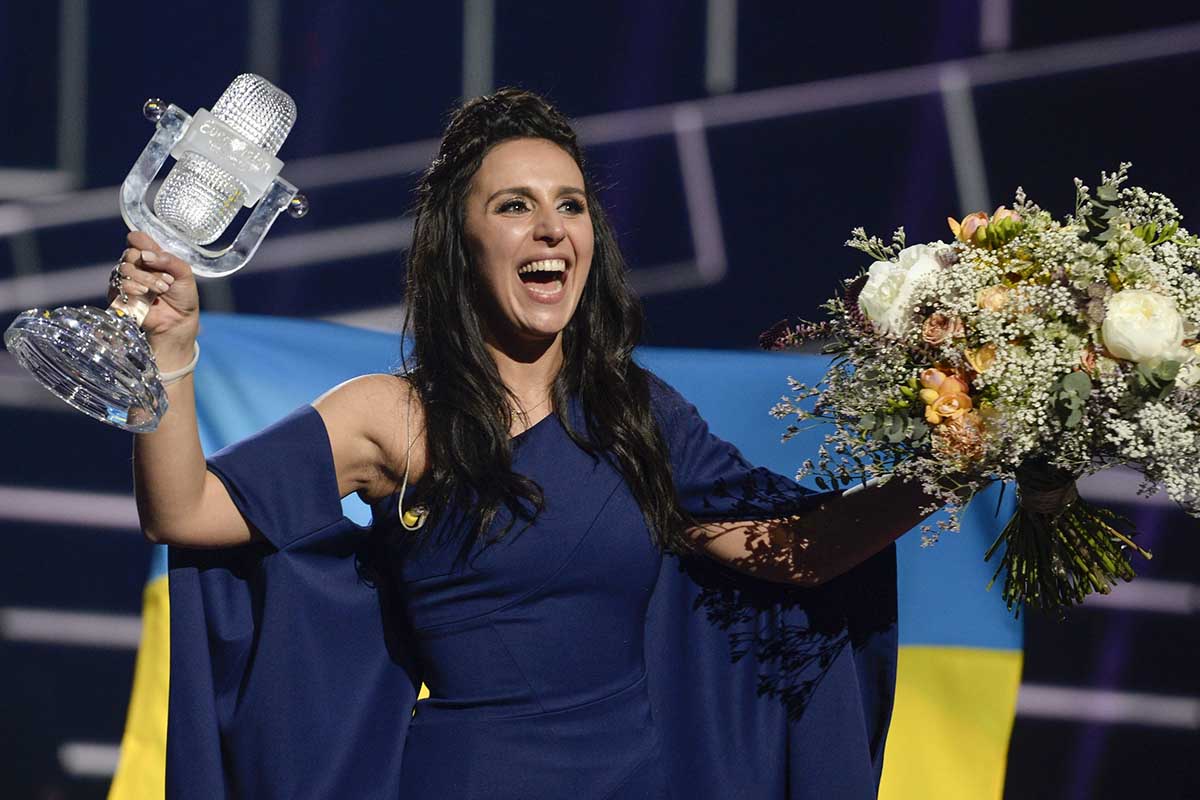 All eyes were on Ukraine in the 2022 Eurovision Song Contest thanks to current events, and although Kalush Orchestra’s “Stefania” is a great song in its own right, we think Jamala’s 2016 entry “1944” communicates the immense musical talent of the country better. Understated, melancholic, and immensely political, “1944” is an ode to singer Jamala’s great-grandmother, and this sparse trip-hop masterpiece does her justice if you ask us.

For many years, the UK’s Eurovision fortunes have been pretty dismal. Thanks to acts like 2021’s James Newman and 2003’s Jemini scoring the dreaded “nul points”, the UK was deemed to be a perennial Eurovision failure, but Sam Ryder turned all of that around this year. “Space Man” is a high-quality song with echoes of British legends like Queen, and it showed that the UK was finally taking Eurovision seriously, which is why it ended up finishing second (behind inevitable winners Ukraine). 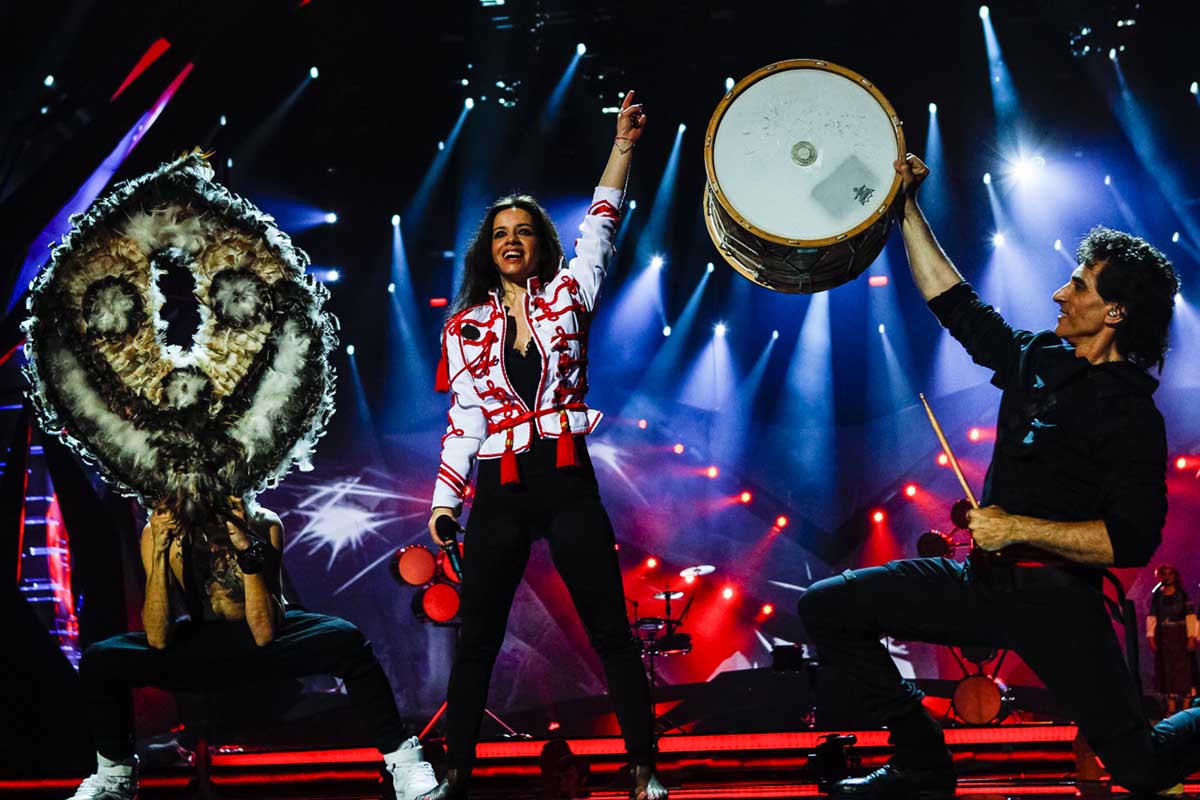 While “Water” wasn’t the 2007 competition winner, it was our clear standout from that year. Boasting echoes of ethnic Slavic music as well as a pulsing bassline and satisfyingly polyrhythmic drums, “Water” showed that Bulgaria could be a serious Eurovision contender. They ended up finishing fifth in the competition overall, which is certainly not a position to be ashamed of, even if the country would subsequently struggle to qualify for the next few years.

We’re betting this one was won just as much on Rybak’s irrepressible charisma as it was on the quality of the song, but luckily, “Fairytale” is also a wonderful little ditty. With bouncy offbeat pizzicato strings and a pseudo-klezmer rhythm, “Fairytale” relays a simple story of two lovers, but thanks to Rybak’s youthful, charismatic, and energetic performance, it’s elevated beyond its humble beginnings to become much more than the sum of its parts. 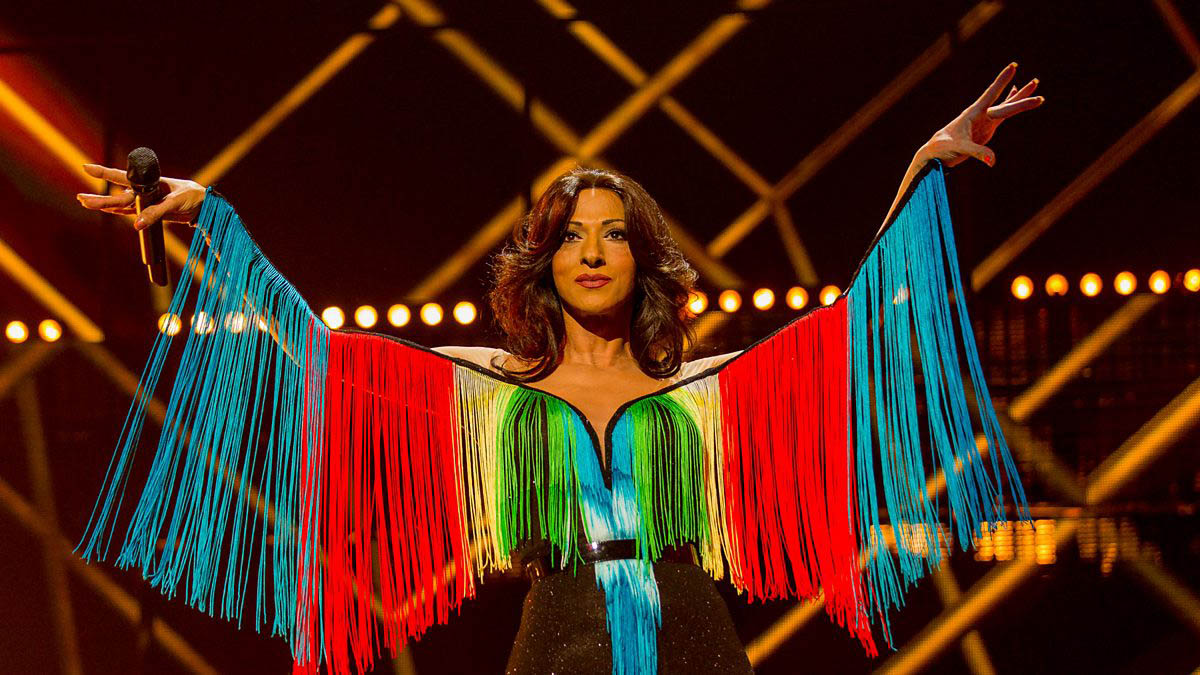 Before there was Conchita Wurst, there was Dana International. Breaking ground as a trans performer long before the Conchita controversy erupted, Sharon Cohen, whose professional name is Dana International, performed an upbeat dance number by the name of “Diva” at the 1998 Eurovision Song Contest. What followed was a predictably transphobic response, with many conservatives attempting to stop her from representing Israel. Luckily, they failed.

Now here’s a hit nobody expected. The Olsen Brothers (who are still around today, by the way) were veteran performers by the time they came to represent Denmark in the 2000 Eurovision Song Contest with their whimsical electro-folk ballad “Fly On The Wings Of Love”. You might know this one better from the subsequent dance remix by XTM, which remained in the Spanish top 20 charts for nine weeks as well as found success internationally. 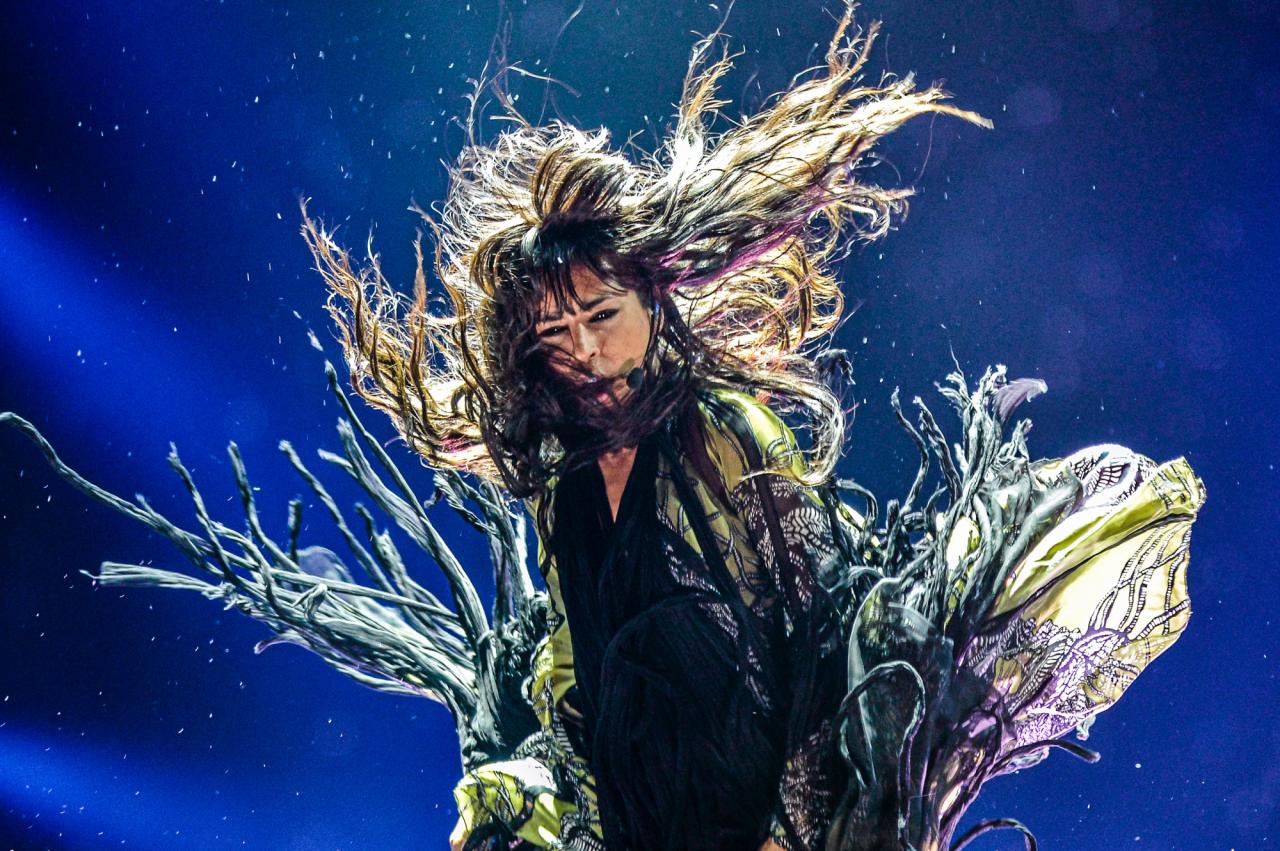 What made Loreen’s “Euphoria” remarkable was precisely its lack of any remarkable qualities. It sounded like a song that could have been played on contemporary chart radio, thus ushering out the age of supreme Eurovision cheese and ushering in much more agreeable and high-quality music. Singer Loreen strikes a great balance between the dance divas of the 1990s and 80s stars like Kate Bush, giving an unforgettable performance that still largely defines the competition to this day.

Hiring Small Builders Company for your N...
June 29, 2022
The Benefits of Upskilling Your Staff
June 28, 2022
My Teenager Is Acting Out: What Shall I Do?
June 28, 2022
Previous article Next article
About Author

Life Hacks to Live By
What is An Electrical Insulator?
November 15, 2021
How to Prepare Your Child for Back-to-School
July 30, 2021
How Coronavirus Changed College for American Students
May 21, 2020
Ads
Stay Connected
Where to buy medications ? How to cure impotence with pills? You can buy ivermectin australia online easily. For UK customers look at priligy thailand online. In Singapore best place is viagra singapore for sale.