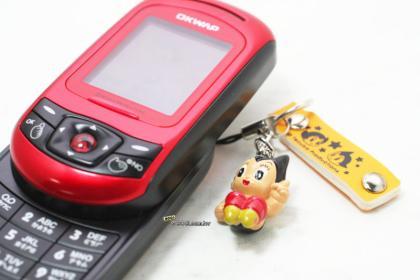 OKWAP have released the new OKWAP A323 mobile phone featuring none other than Astro Boy. For those not in the know, Astro Boy is an enduring and extremely popular manga character who was first created in 1952.

The link between an OKWAP A323 and Astro Boy may at first seem tenuous – the A323 is a low-end slider phone with MP3 player, 1.3 megapixel camera and not much else, whereas Astro Boy is a powerful robot who can fly, comes with 100,000 horsepower, and bum-mounted lasers (yes, that’s not a typo – he has lasers mounted on his bum!) But the end result is glorious, and will undoubtedly become extremely collectable.

Factors to Consider When Buying Phone Ac...
April 12, 2022
What Technology Has Brought to Wristwatches
December 14, 2021
Why Are Apple Watches So Expensive?
October 13, 2021
Previous article Next article

Life Hacks to Live By
Can Tinnitus Appear From Concussions?
January 19, 2021
Different Ways to Enjoy Your Favourite Sports
December 04, 2020
Buy Tuna Lures to Attract a Variety of Tuna Species
March 02, 2020
Ads
Stay Connected
Where to buy medications ? How to cure impotence with pills? You can buy ivermectin australia online easily. For UK customers look at priligy thailand online. In Singapore best place is viagra singapore for sale.