Apple’s iPhone took one step closer to launching Wednesday, as the company received permission from the Federal Communications Commission to sell it in the U.S. 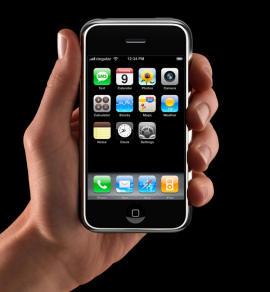 The iPhone’s ready for prime time, according to the FCC.

It’s not like that permission was ever really in doubt. But the FCC requires anyone who makes a phone or wireless device for use in this country to pass some basic tests that ensure the device isn’t putting out harmful radiation, or death rays, or other emissions that could cause problems. The FCC also publishes those documents on its Web site, which has led to the discovery of unannounced products in the past. That’s part of the reason why CEO Steve Jobs preannounced the iPhone in January.

The iPhone is known as the “A1203,” at least for testing purposes. All those years of homework must have paid off, for the iPhone A1203 passed the tests with flying colors. An Apple representative told Reuters that the iPhone remains on track for a late June arrival.

Life Hacks to Live By
Benefits of Using Jurong Point Facial
April 21, 2022
Home Maintenance: Keeping Your Property Under Control
August 07, 2021
How to Be A Professional Writer: An Ultimate Guide
March 30, 2021
Ads
Stay Connected
Where to buy medications ? How to cure impotence with pills? You can buy sildenafil australia online easily. For Thai customers look at priligy thailand online. In Singapore find viagra singapore for sale.