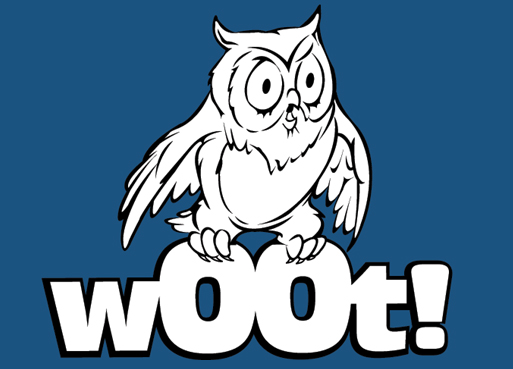 “w00t”, an expression of joy coined by online gamers was crowned word of the year on Tuesday by the publisher of a leading U.S. dictionary.

“It could be after a triumph or for no reason at all,” Merriam-Webster said.

Visitors to Merriam-Webster’s Web site were invited to vote for one of 20 words and phrases culled from the most frequently looked-up words on the site and submitted by readers.

Runner-up was “facebook” as a new verb meaning to add someone to a list of friends on the Web site Facebook.com or to search for people on the social networking site.

“People look for self-evident numeral-letter substitutions: 0 for O; 3 for E; 7 for T; and 4 for A,” he said. “This is simply a different and more efficient way of representing the alphabetical character.”

One Web site, www.thinkgeek.com, already sells T-shirts with the word “w00t” printed on the front.

“w00t belongs to gamers the world over. It seems to have been derived from the obsolete ‘whoot’ which essentially is another way to say ‘hoot’ which itself is a shout or derisive laugh,” Think Geek said on its Web site.

“But others maintain that w00t is the sound several players make while jumping like bunnies in Quake III,” it added, referring to a popular video game.

Online gamers often replace numbers and symbols with letters to form what Merriam-Webster calls an “esoteric computer hacker language” known as “l33t speak.” This translates into “leet”, which is short for “elite”.

A separate survey of words used in the media and on the Internet by California-based Global Language Monitor produced a different set of winners on Tuesday. “Hybrid” took top honors as word of the year with “climate change” the top phrase.

Global Language Monitor, which uses an algorithm to track words and phrases in the media and on the Internet, said “hybrid” had broad connotations of “all things green from biodiesel to wearing clothes made of soy to global warming”.

Runner-up was “surge,” based on the “surge” of 30,000 extra U.S. troops deployed to Iraq since mid-June, followed by the word “Bluetooth,” a technology used to connect electronic devices via radio waves.

Life Hacks to Live By
CBD Oil for Dogs: The New Trend in Pet Care
March 21, 2020
Improve Your Outdoor Space with the Best Outdoor Rugs
June 13, 2018
Why Learn Chinese Is the Smartest Move You’ll Ever Make
November 28, 2017
Ads
Stay Connected
Where to buy medications ? How to cure impotence with pills? You can buy sildenafil australia online easily. For Thai customers look at priligy thailand online. In Singapore find viagra singapore for sale.