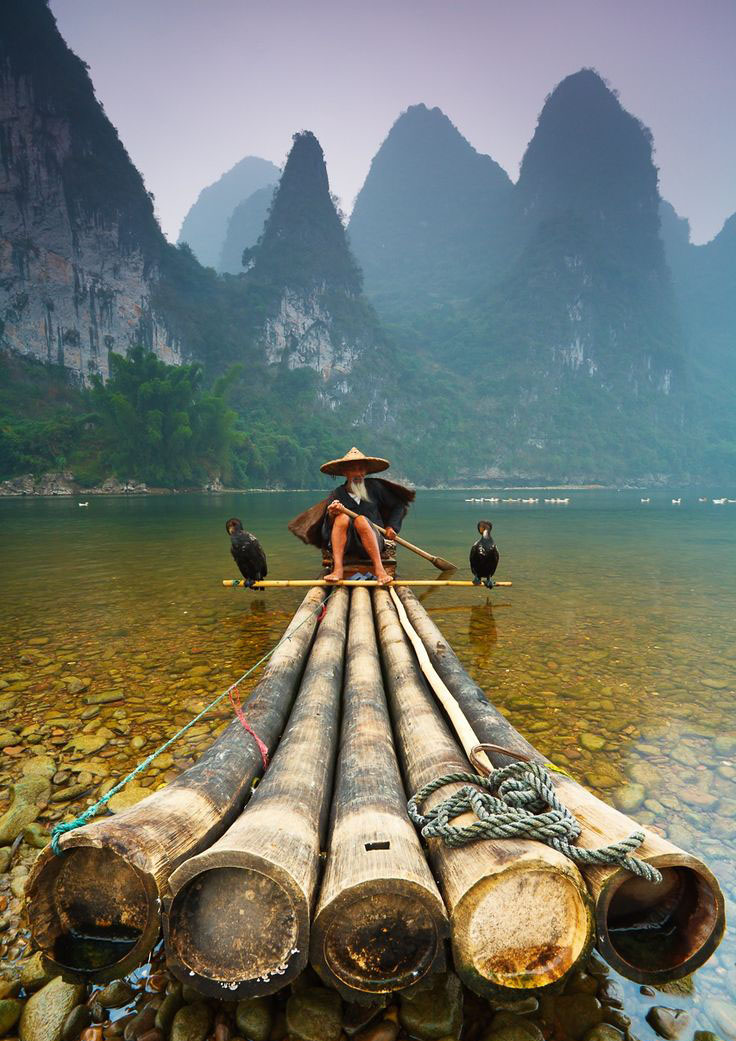 China is a beautiful country rich in natural and humanmade attractions. That’s why tourists always have something to see.

But there are some must-visit places according to Travel China Guide that you should see while your China holidays.

I have selected the top 9 the most exciting and impressive attractions of China; one of them is Chinese Hollywood, but we are not talking about it today.

Among them you will find:

What to see in China?

Unfortunately, there are just a few rivers in China that are not polluted, the best ones are. This is a kind of payment for economic development. But still, there are some places not touched by industrialization.

The most picturesque and beautiful river is Li River. This river weaves between forest hills, small fishing villages, and rice fields. The route of a river cruise from Guilin to Yangshuo is the most bright and accessible.

In contrast to Chinese rivers, mountains are as beautiful as they were thousands of years ago. This place is one of the most beautiful places in the world.

Travel China Guide: Huangshan Mountains are translated as “Yellow Mountains.” On the tops of granite peaks, high trees are growing hidden by clouds; and when sun rays come through them, excellent light and color effects are formed.

Besides that, one more attraction, only manmade one, Bridge of Immortals, is situated on the top of the mountains. In order to get to it, one may walk along the ancient path with 60 thousands of carved steps or use blessings of civilization and move up by means of the ropeway.

Potala Palace, which at the same time is the largest pagoda in the world, is situated in Lhasa City, Tibet, at a height of 3.7 thousand meters. This is the palace considered to be the residence of Dalai Lama, but the last Lama is at variance with PRC’s government, that is why he lives in India.

The total area of the palace is 360 thousand meters; its height is 170 meters. It is the most significant monumental construction of Tibet. It is worth visiting, even if you are not interested in Buddhism. The view of the Himalayas surrounding the palace will touch your feelings.

It is a complex consisting of various constructions substantially reflecting Chinese culture and architecture. It is situated in the very center of Beijing opposite Mao Mausoleum. It is worth mentioning that the best time for visiting it is morning, as there are long lines of tourists other times.

This is the army of Quin Shi Huang emperor dedicated for accompanying him in another world. The Terracotta Army consists of:

And all these statues are made in full length, and their detail is awe-inspiring. Each sculpture has each detail picked in, and all 8 thousands of soldiers are different. The Terracotta Army was found in 1974, and in 1987 it was included in the list of UNESCO world heritage list. This attraction is situated in Xian – the ancient capital of China.

In fact, the name Mogao Caves is literally translated as “caves, not for tall people”; the Mogao Caves are a sanctuary complex consisting of 492 sanctuaries. It is considered to be one of the earliest Buddhistic holy places in China. This complex is situated 25 kilometers from Dunhuang City. In the first place, The Mogao Caves are famous for their frescos.

The total area of all frescos is 42 thousand square meters. One more peculiarity of this place is a period of its construction. In total, this complex was being built during almost a thousand years – from IV till XIV century.

The Giant Buddha of Leshan.

From its name, one can understand that it is a huge attraction. And this statue of Buddha, situated near Leshan City, is considered to be one of the largest in the world. Its height is 71 meters. And it is no coincidence. By Chinese metric system, 71 meter equals 360 fathoms which mean 360 days of the Chinese calendar and 360 points on the human body.

The uniqueness of this statue of Buddha is that it is carved in a cliff. Earlier, its body was hidden behind pagoda; but after it burned, the figure is fully seen.

Great Wall of China is the eighth Wonder of the World. This is usually the number one attraction in your travel China guide. Of course, if it was up to me to create a rating, it would take the first place as well. Everybody knows this place, even those who don’t know where China is situated. Wall’s length is 8851 kilometers; it is built in the northern part of China. Construction of the Wall started in III century B.C.

During the rule of different dynasties in the Celestial Empire, the Wall was destroyed and reconstructed. In 1987, it was included in the UNESCO world heritage list; and now it is the most visited attraction in China.

By the way, the popular myth that the Great Wall of China is seen from space is somewhat controversial.

For now, it is only confirmed that it can be seen on satellite images. There are so many people who have visited this place. You may even meet a beautiful and famous Chinese actress or actor walking and enjoying this popular Chinese landmark – Travel China Guide.

Life Hacks to Live By
The Best Advantages of Herpes Dating
November 21, 2022
Top 5 World's Most Reliable Vitamin Gummy Brands
May 10, 2021
What Is Kissing Spine in Horses?
March 03, 2021
Ads
Stay Connected
Where to buy medications ? How to cure impotence with pills? You can buy sildenafil australia online easily. For Thai customers look at priligy thailand online. In Singapore find viagra singapore for sale.