Who Invented Socks? Plus 5 More Facts You Didn’t Know 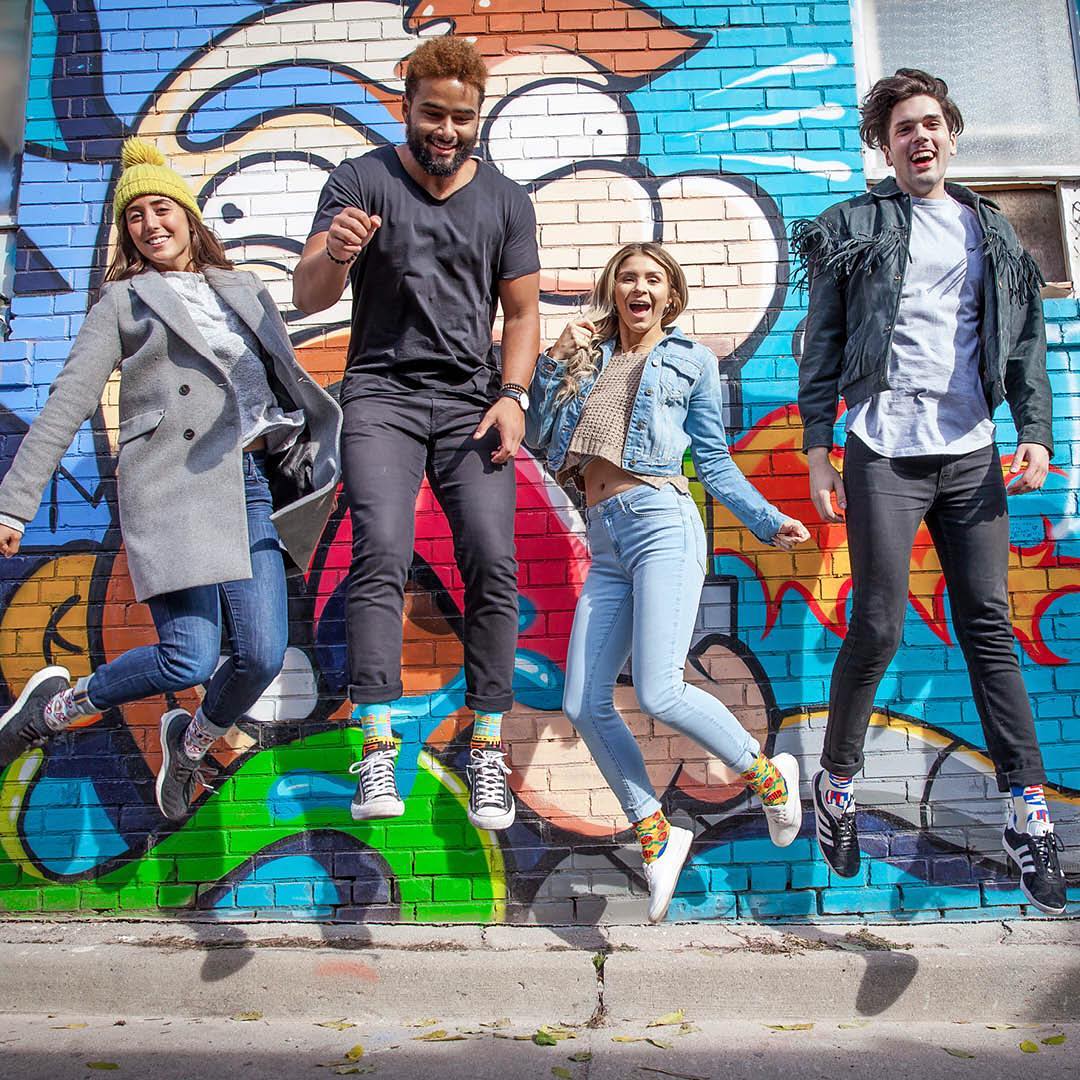 There’s nothing like putting on warm socks from the dryer. But who invented socks in the first place? Get the facts in this latest post! Look down at your feet right now. Take note of what you’re wearing – socks, shoes – where did they come from? Who invented socks?

When did socks first become popular? How have socks evolved? When were socks invented? Did everyone wear socks back in the day? What did socks, knitted fabrics mean to people through the ages? The answers to all of these questions and more can be found below.

The answer to who invented socks kind of depends on your definition of the knitted fabrics sock. Footwear itself has existed for millennia, with cave paintings depicting our ancestors wearing animal skins and furs on their feet. Were the cavemen the ones who invented socks?

The problem is that this is pretty flimsy evidence. Anybody could just as easily call these things shoes and have as much evidence. Others claim that a pair of knitted socks dating to 1500 BCE was found in Denmark. This doesn’t seem to be a common belief, though. Was it the Danes who invented socks?

When were socks invented? 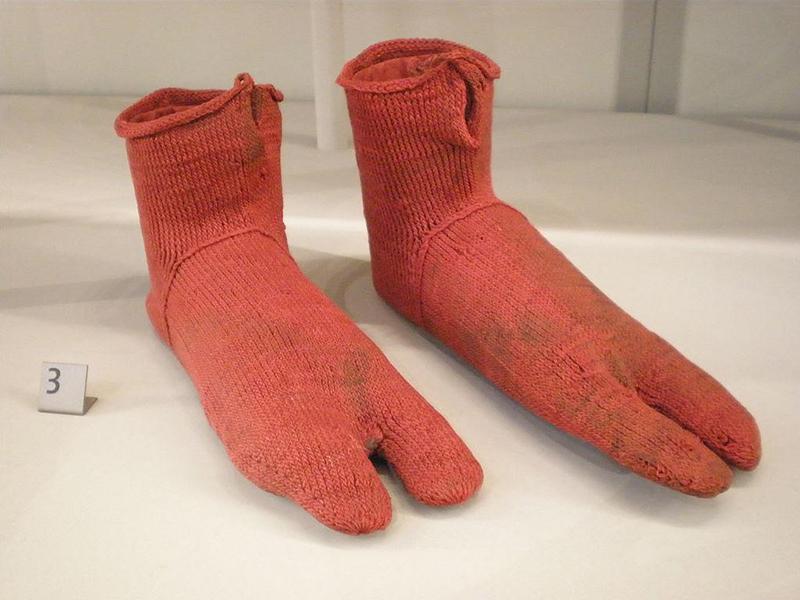 Even so, the first socks that we have actually unearthed were found in the United Kingdom and date to the 100’s CE. It may have been the Celts who invented socks.

Others cite a pair found in Egypt in 500 CE. These were the first knitted socks that we know about, while the previous pair found in the UK was not knitted.  Ok, so was it the Egyptians who invented socks as we know them? Really, any answer could be right. It all comes down to what counts as a sock and how much evidence is enough?

When did socks first become popular? 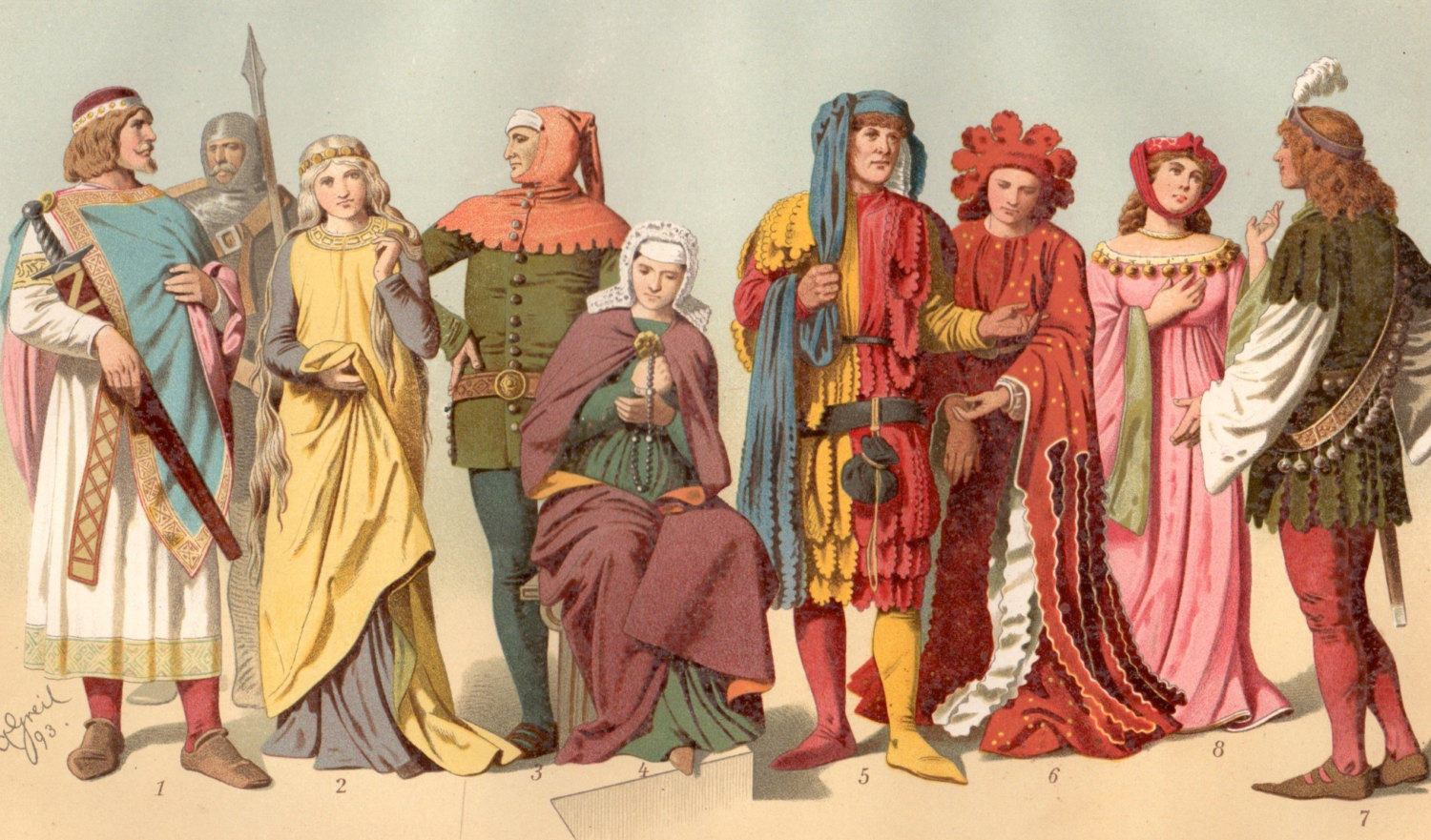 Technically, the earliest time we know of where socks were actually a trend was the Middle Ages. This is also where the whole idea of the garter comes from. We needed them to keep socks up because we hadn’t discovered elastic yet.

This spike in sock popularity is because, during the medieval age, socks became a way to flaunt wealth.  One of the main reasons for this is because the Middle Ages were also the rise of mercantilism.

Countries themselves began to act like major corporations.  Merchants were thought of as representatives of their country, and the governments of the world were taking a more hands-on approach to trade to be the richest nation in the world.

A lot of this had to do with a theory of the time, the knitting machine, which asserted that there was only so much money globally and that it didn’t increase or decrease.  Instead, it just switched hands, and so those who had the most would, in theory, control the world.

One of the side effects of this was that craftsmen and artisans began to band together in guilds and demand more money for their services.  With so many professionals joining guilds, it soon became next to impossible to avoid caving to their demands.

With this much power, the guilds could basically manipulate the market.  Thus, a lot of things that were once affordable were suddenly luxuries, and one of them was socks.  Naturally, since unique Canadian socks were now a way to show off, everybody wanted them.

How have socks evolved? 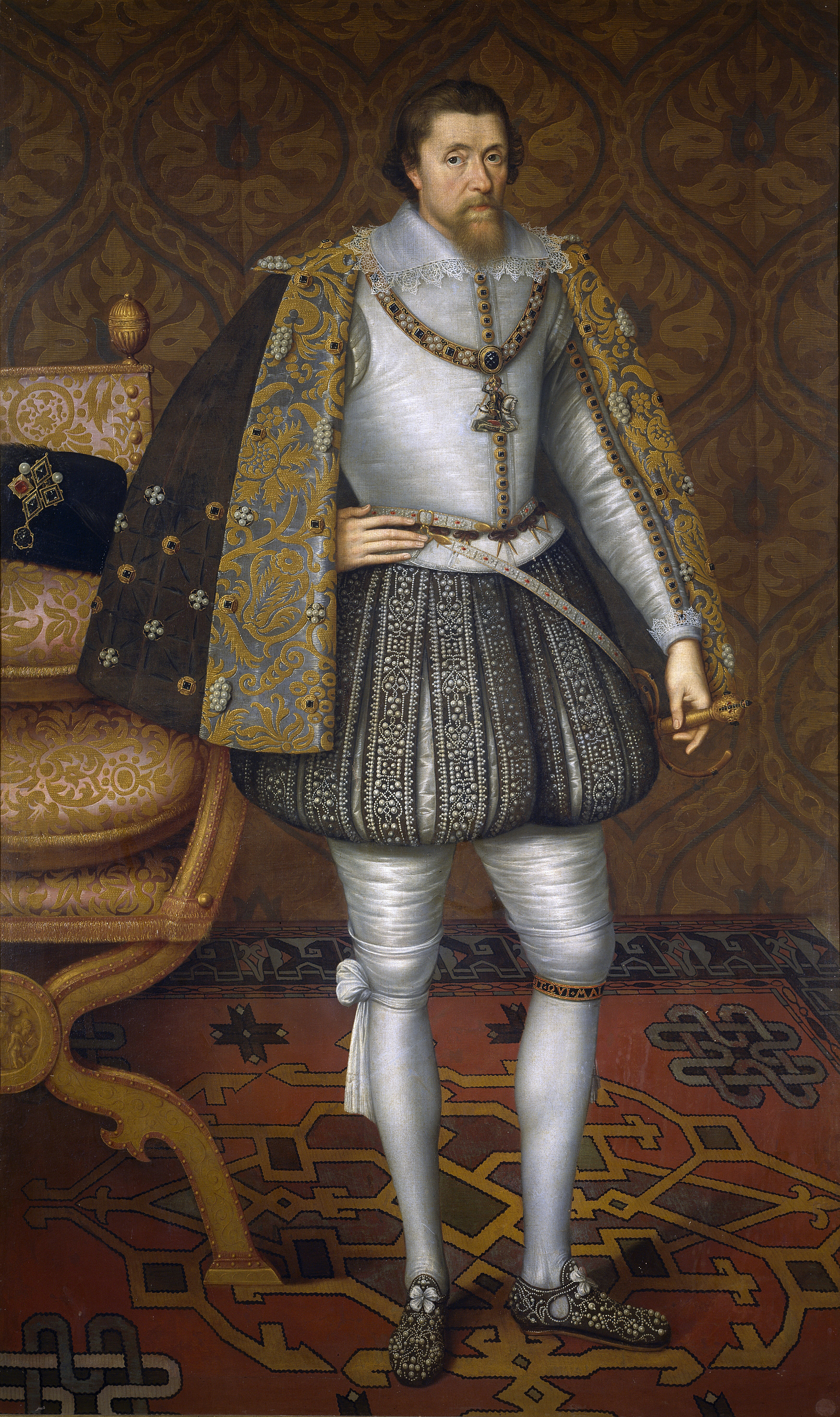 I almost wouldn’t say that socks have evolved so much as they have switched back and forth. For instance, those cavemen who invented socks potentially tied them at the ankles. Later on, the Egyptians altered this pattern, making their socks slightly longer and giving them a split toe to accommodate sandals.

At around that same time, the Greeks and Romans were making their own versions of socks.  Much like the caveman socks, these were usually animal skins and leather. Sometimes fabric was used in the Roman case.

During the middle ages, socks underwent a transformation from function to fashion. Socks became longer and thinner until, by the Elizabethan times, men were basically wearing pantyhose.

1589 brought the invention of the knitting loom, making woolen socks far easier to produce.  When the Industrial Revolution hit a few centuries later, socks became widespread, and soon everybody was wearing them.

It is probably worth noting that colonization was going on at the time, which contributed to cotton becoming more popular.  Cotton was largely found on colonized lands like India and the Americas and spread to Europe.

A lot of its popularity, and probably the reason it soon became the go-to material for socks, is because cotton is generally lighter and cooler than wool.  During the 18th century, there are numerous stories of soldiers dying of heatstroke because they wore wool uniforms.

Perhaps one of the best examples of the changing nature of clothing is the American civil war. One of the Union’s biggest objectives was to keep European powers from supporting the Confederacy.  Since the southern states were such major cotton producers, several European nations had a vested interest in a Confederate victory.

Before the middle ages, it’s hard to be sure. We have so little evidence or even mentions of socks before then that it’s hard to determine if there was any reason, from cultural attitudes to pricing, to well-kept secrets, for socks not to be widespread. We do know that Egyptian socks were found in graves. No specific king is mentioned, and sources seem to refer to multiple graves. You probably didn’t need to be a king to own socks in Egypt.

We also know that during medieval times it was common for holy men to wear socks.  Socks became an identifying symbol of the clergy, so much that Franciscan monks caused quite a stir in their early days by going barefoot.

When exactly, socks became more of a class symbol than a religious one is unclear. There are examples of pretty fancy socks in the Middle East dating back to about 1000 CE. Either way, in the middle ages, it was largely rich men wearing socks. This was so prevalent that nearly every picture of a king from that time shows them wearing long thin socks. After the middle ages, during the onset of the Industrial Revolution, socks became a household item. Factories and machinery started mass-producing them until today when we buy them in packs.

The meaning of socks

Honestly, socks probably didn’t mean anything to the cavemen, Romans, Greeks, and Egyptians. Like pretty much every other invention, they evolved from necessity, specifically from the need to keep feet warm. For some time, socks typically identified priests and monks. Some of our earliest pairs of socks date back to the 400’s CE, when religious officials would have been using them the most.

During the middle ages, socks became a case of have’s and have not’s. Typically only nobles wore them, which is why most portraits of that time show men with frighteningly skinny legs. In the 1580s, the noble chokehold on socks began to unravel. The knitting loom soon found a home in France and from there spread all across Europe.

It wasn’t until the Industrial Revolution when factories developed, allowing socks to be mass-produced. Once done exclusively by professionals, the business was now being done by machine, and the professionals were losing their jobs.

Thanks to this mass production of socks, modern companies, such as Yo Socks Canada, exist today. 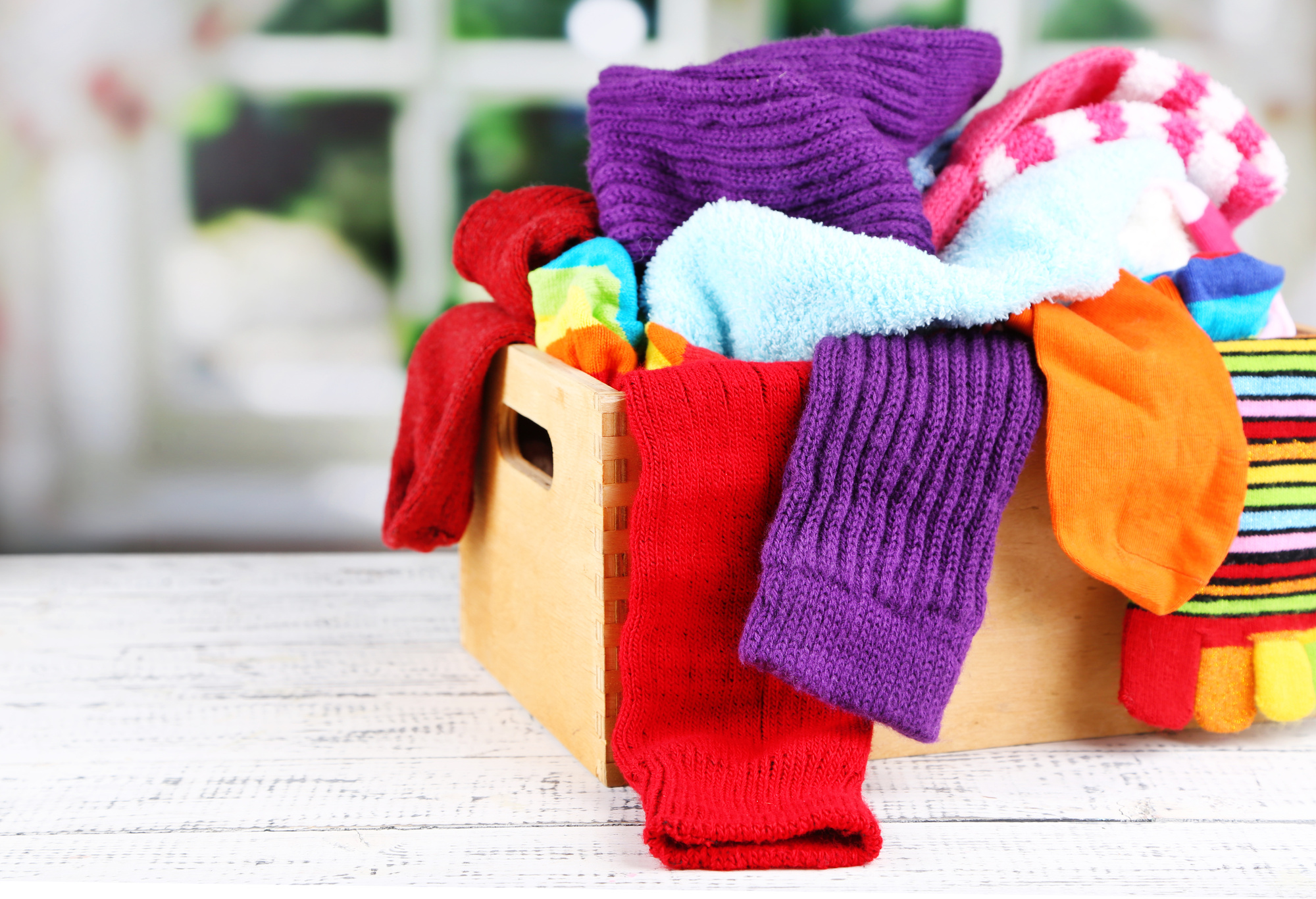 Hopefully, you have gained a new appreciation for socks by reading this article, and all your questions have been answered. Now you know that we aren’t sure who invented socks—they just kind of pop up every once in a while in yet another place.

Or maybe, in a sense, it was everyone who invented socks. It’s sort of like with swords or beds. It’s hard to credit an inventor because you look up at some point, and they’re everywhere. Socks became popular during the middle ages, but most people didn’t own them until the Industrial Revolution.

Initially, men wore socks, starting with priests and then moving on to the wealthy. When the modern age started to hit, everybody began wearing socks. Socks have quite a surprising history because they’ve meant many different things to people at other times.

Today, you get to choose from tube socks, long sports socks, stirrup socks, over the calf socks, crew socks, and socks for all different types of sports played around the world, especially soccer, football, baseball & basketball.

This clothing piece was invented to warm feet, then used to identify religious officials, and then the nobles, and then they went back to just being a comfort item. Please visit our site if you want to know more odd facts, perhaps about softball or drugs.

There’s plenty of awesome new things to learn, like did you know that JFK once overdosed on meth? You can contact us directly from our site if you want to contact us. Or maybe you want to know more about us and find your perfect Canadian socks online. Well, we have that too.

Life Hacks to Live By
Electrical Repairs Best Left to The Professionals
October 27, 2021
Is Living Alone in College Worth It?
October 14, 2021
How To Refresh Your Love Life For 2021 And Beyond
February 18, 2021
Ads
Stay Connected
Where to buy medications ? How to cure impotence with pills? You can buy sildenafil australia online easily. For Thai customers look at priligy thailand online. In Singapore find viagra singapore for sale.