HomeTechGaming Industry TrendsDota 2 – Guide to Going from Beginner to Pro

Dota 2 – Guide to Going from Beginner to Pro

Guide to Going from Beginner to Pro: Dota 2

Going pro in Dota 2 takes time, that’s for sure. You have a long way to go and lots of practice to do but with the right guidance, even the most inexperienced player has chances to excel in this game.

If you’ve looked for this guide, then you probably just started your journey with Dota 2, or you were planning to. Given it’s a very complex game, it comes as no surprise that the multitude of heroes and items will be too confusing and might even scare you. The game can be very difficult at times and the community has a toxic side too.

But hey, if you think about it, there’s no community that’s entirely free of toxicity, and you can’t just stop playing because there are a few rotten apples. Getting into something new can help you discover more about what you like, and you’ll find a new source of entertainment. The beginning of the road won’t be easy though, so you could use some guidance.

As such, we’ve got you covered when it comes to beginner advice. Whether you want to become a better player or get insight for Dota 2 betting on https://dotabetz.com/, you’ll find some useful stuff here.

One of the most known things about Dota 2 is the huge list of heroes you can choose from. Of course, every player has favorites, as each hero comes with a different set of skills and a unique design. But that also contributes to the difficulty level, meaning that you won’t be able to play certain heroes from the get-go.

If you don’t want to lose most of the games, drag down your entire team or attract rude comments from the opposite team, pick an easier hero. Don’t worry, the difficulty level of each hero is written next to it in the Heroes tab, so it won’t take you too long to find one.

There are some heroes that are good picks for newbies, such as Lick, Viper or Sniper, so don’t hesitate to browse the list and play whichever you like. Keep in mind that more advanced heroes are not only more complicated but also require you to understand the game and its mechanics better. In the beginning, that won’t be too accessible.

What better way to know how to be a pro than watching actual pros in action? If you take a look at famous streaming platforms, you’ll stumble upon many content creators who are mainly doing gaming content. Therefore, finding someone who is good at Dota 2 is very much possible.

Your skills may be sloppy at first and coming up with strategies won’t be your strongest point, but no need to be too harsh on yourself. You’re a beginner, though, so there’s room for improvement. Look at professionals unleash their best movements and skills, and try to implement what you learn in your own gameplay. In time, you will drastically improve and be on your way to become a pro. 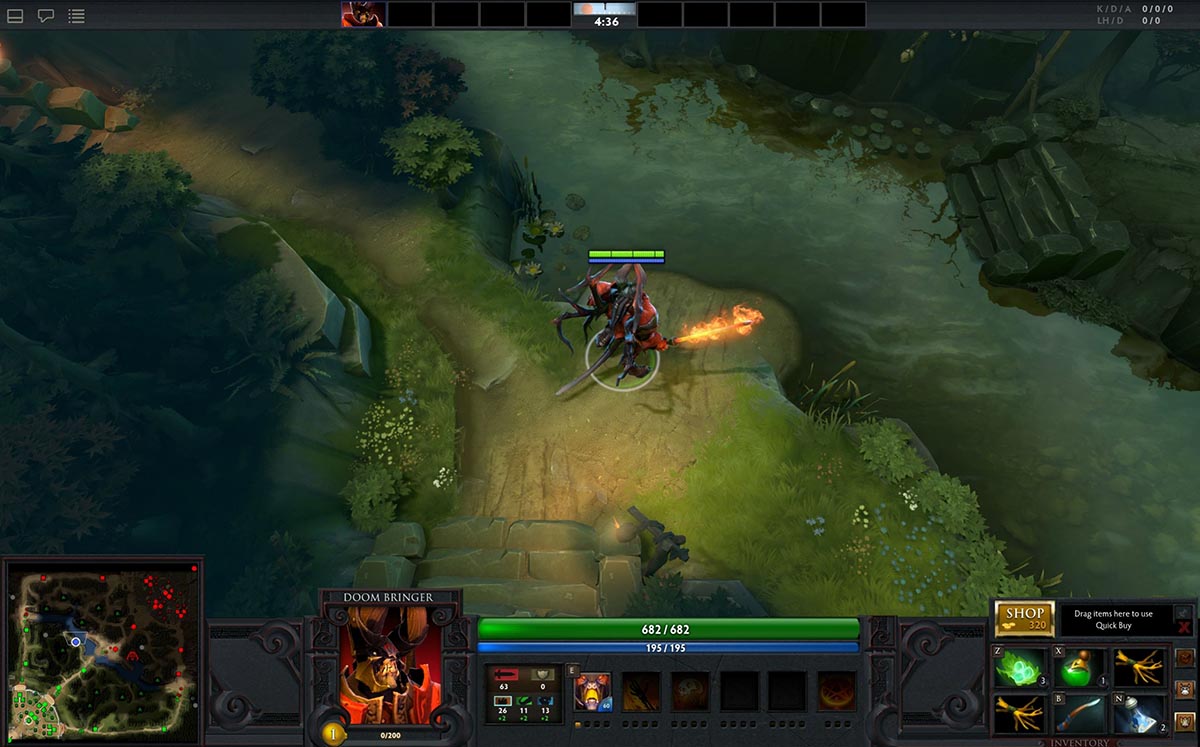 In fact, you have to defend yours and also destroy the enemy’s, and that’s what will bring you the win.

That being said, no matter how many enemies you slay during your attempts to win, it won’t matter until the enemy base is fully destroyed and yours is intact. Don’t forget this.

Alright, there may be a lot of players who will insult you just for the sake of it, sometimes even in broken English. They can be rude, think they know it all, and some of their comments can kill your brain cells. Usually, this trash-talk comes from a place of huge ego, because they were in the game for longer than you and think they’re the real deal.

But even if you could stumble upon such people, it’s important to know that not all players are out there to get you. Sometimes, they will give you constructive criticism without being full of themselves.

Even so, harsher advice could be useful too. It might hurt at first, but it’s essential to look at how you can take that advice and use it for your own gain. In time, you will get lots of development and become better, all because of a more experienced player.

As mentioned earlier, some of the people in the community are only good at insulting others and make them feel bad.

Whether it’s your family, sexuality, beliefs or anything that has nothing to do with the game, they will find some nonsense to type in the chat and try to strike a nerve.

Knowing this, you should be prepared and grow some thick skin. Don’t let their rude comments get to you because, in the end, it’s just a game. Besides, they are looking to anger you, so don’t react to it and ruin your gameplay for some toxic player. 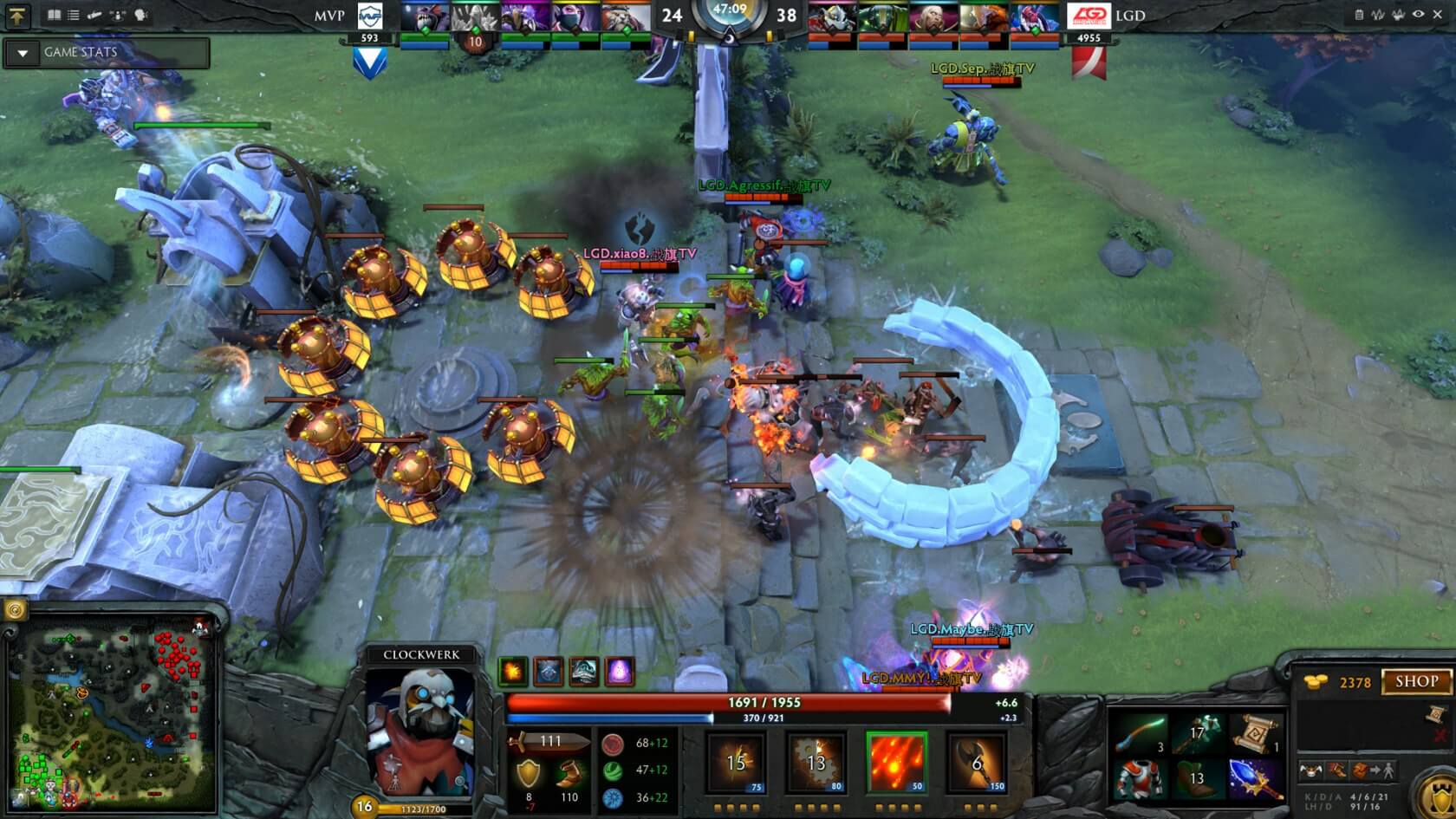 No need to jump straight into competitive play if you’re still not ready. Bots have been added to Dota 2 with a purpose, respectively to let you test heroes and step up your game before going for the bigger fish.

You can use bots to test certain abilities or strategies and see how they will work during the real deal, and training not embarrass yourself in front of other players. So, gain some experience by taking advantage of the bots, and you’ll increase your chances to win the games and not get harsh criticism from the community.

Hopefully, these tips were enough to give you some confidence that you’ll be able to master this game if you practice. The best way to learn about it is by playing, though, so don’t waste time – jump into Dota 2 and start applying the tips you’ve learned here.

If you become a pro, you might even participate in tournaments and be featured on Dota 2 betting sites. Make sure that you also have lots of fun playing and you’re not only aiming for the win.

Life Hacks to Live By
How Are Teens Affected by Addiction Issues?
December 22, 2020
Best Ways to Print a Photo of Your Pet
May 21, 2020
5 Health Benefits of Owning a Pet
November 28, 2019
Ads
Stay Connected
Where to buy medications ? How to cure impotence with pills? You can buy sildenafil australia online easily. For Thai customers look at priligy thailand online. In Singapore find viagra singapore for sale.