Shane Dawson and Jeffree Star’s ‘Conspiracy’ Makeup Palette Is about to see the World!

One of the enormous youtube collaborations on YouTube between Shane Dawson and Jeffree Star’s didn’t come as a surprise.

We all had a chance to witness the process of evolving the most significant collaboration in the history between two YouTube megastars.

Every episode of ‘The Beautiful World of Jeffree Star’ series opens the door into behind-the-scenes the multi-billion beauty industry.

Invite us to follow throe the process of creation of one of a kind Shane Dawson “Conspiracy” Makeup Palette.

The wait is over!

Fans of Shane Dawson and Jeffree Star products have eagerly waited for the launch of their make-up collection. Shane Dawson’s makeup products launch on Nov. 1, 2019.

Can people pre-order any of their selection before the launch? How can fans get these products, including the 18-shade Conspiracy Palette?

What do fans think about cosmetics in the ShaneXJeffree collection?

Here’s what the Shane Dawson’s YouTube series The Beautiful World of Jeffree Star has to reveal.

Here’s however Fans should purchase Makeup from the ‘ShaneXJeffree’ assortment

Shane Dawson’s makeup products, plus the Conspiracy Palette, will be purchased at Morphe stores

Fans are expecting to access Shane Dawson’s makeup collection in no time. The collection will feature a six liquid lipstick pack, one lipgloss, and the “Mini Controversy” eyeshadow palette featuring nine shades.

There will also be a The ‘Conspiracy’ palette featuring 18-shades, among other products. Shane and Jeffree unpackaged every single shade and revealed their names of the 18 shades.

The launch is expected to be bigger than any of the previous collections by Jeffree Star. 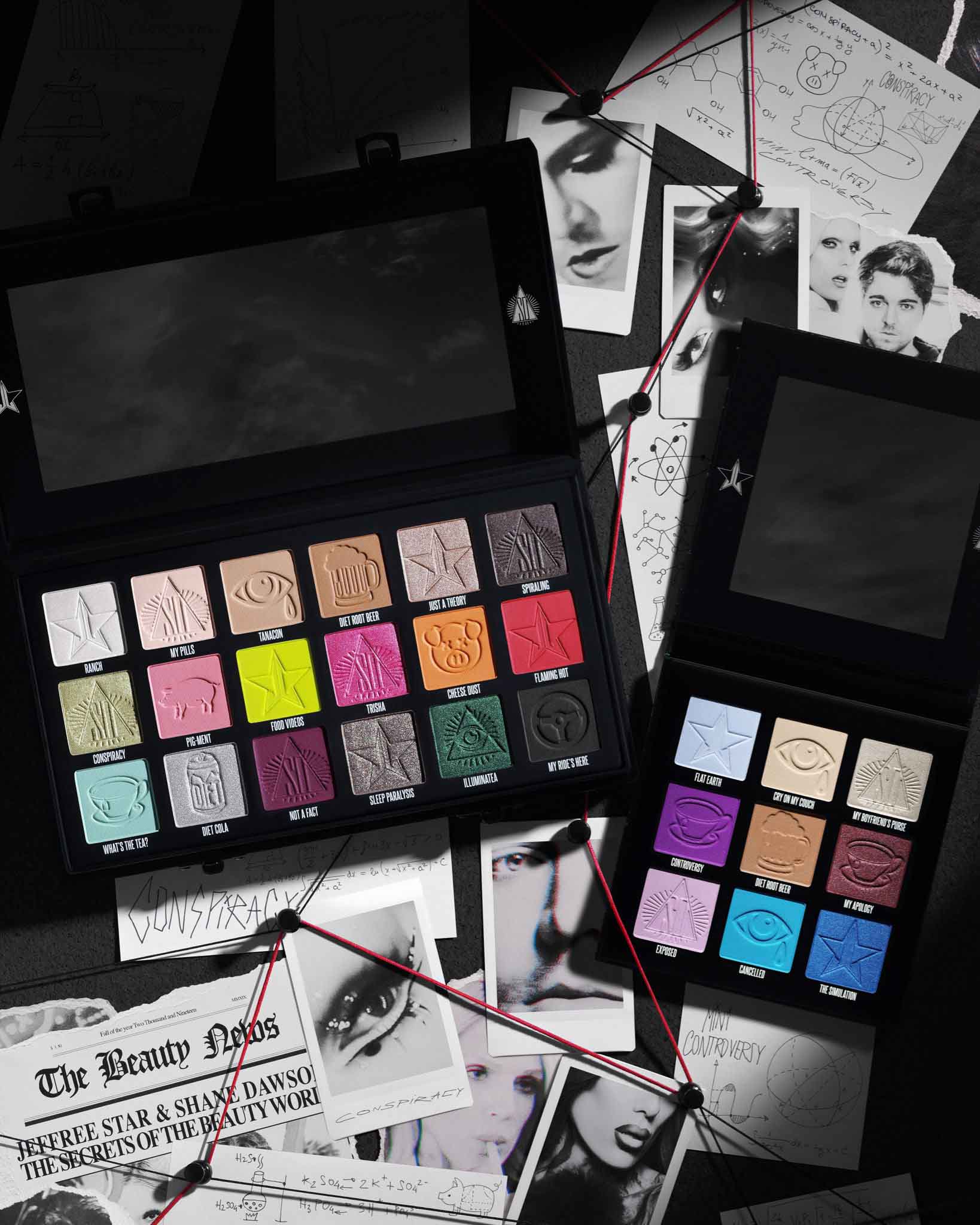 The episode The Beautiful World of Jeffree Star, which gave viewers a peek into the beauty industry, reveals that Morphe alone will be ordering 500,000 units. This means that Shane Dawson could bag a whopping $10 million form the launch itself.

The products are expected to sell swiftly while fans are wondering if they can preorder the Conspiracy Palette before the launch.

The launch for The Conspiracy Palette as well as extra Shane Dawson’s makeup products launches on Nov. 1, 2019. They will be available in stores and online by then.

Fans can grab the products on jeffreestarcosmetics.com and all online retailers at 10 a.m. PST. Additionally, the makeup collection will be available for purchase at all Morphe locations. Fans in the UK will purchase the collection at Beauty Bay.

Well, fans won’t be able to pre-order. But Fans can sign up with Beautylish.com and the first to line up for purchases. Also, the Jeffree Star newsletter can issue alerts to the fans alerts about the beauty product releases.

Shane Dawson and Jeffree Star fans are already excited to get their hands on these cosmetics.

The episode of “The Beautiful World of Jeffree Star” premiered made fans feel like they know how to make the beauty products from scratch. Some of their fans took to social media to express their love for the soon products and the influencers behind them.

“This week! People will be playing with the #ShaneDawson Conspiracy palette and the rest of #ShanexJeffree collection this Friday,” a Twitter user said. “How excited are you to visualize what everybody creates? You both must be so proud and ready for the magic you created together to be out in the world!”

Seriously love being allowed to see the process, and also you and Shane develop a respectful business relationship as well as a beautiful genuine honest friendship. I’m so happy for your success and wish you both a long and happy partnership.

“Seriously love being allowed to see the process, and also you and Shane develop a respectful business relationship as well as a beautiful genuine, honest friendship. I’m so happy for your success and wish you both a long and happy partnership,” another fan said through Twitter.

My new merch store is live!!! Link in bio!😭❤️ thank u jeffree for changing my life and making this the best year ever 🐷❤️🌟

Until then, fans can catch up with the episodes of The Beautiful World of Jeffree Star on Shane Dawson’s YouTube Channel.

Will Shane Dawson’s Conspiracy Palette be out there for Pre-Order?

Life Hacks to Live By
DJ Wedding: How to Plan Music List for 90s Wedding Party
December 08, 2019
Ways to Stay Happy Despite Feeling Starved While Dieting
July 08, 2019
Strategies For Getting Through Hard Times
May 23, 2018
Ads
Stay Connected
Where to buy medications ? How to cure impotence with pills? You can buy sildenafil australia online easily. For Thai customers look at priligy thailand online. In Singapore find viagra singapore for sale.