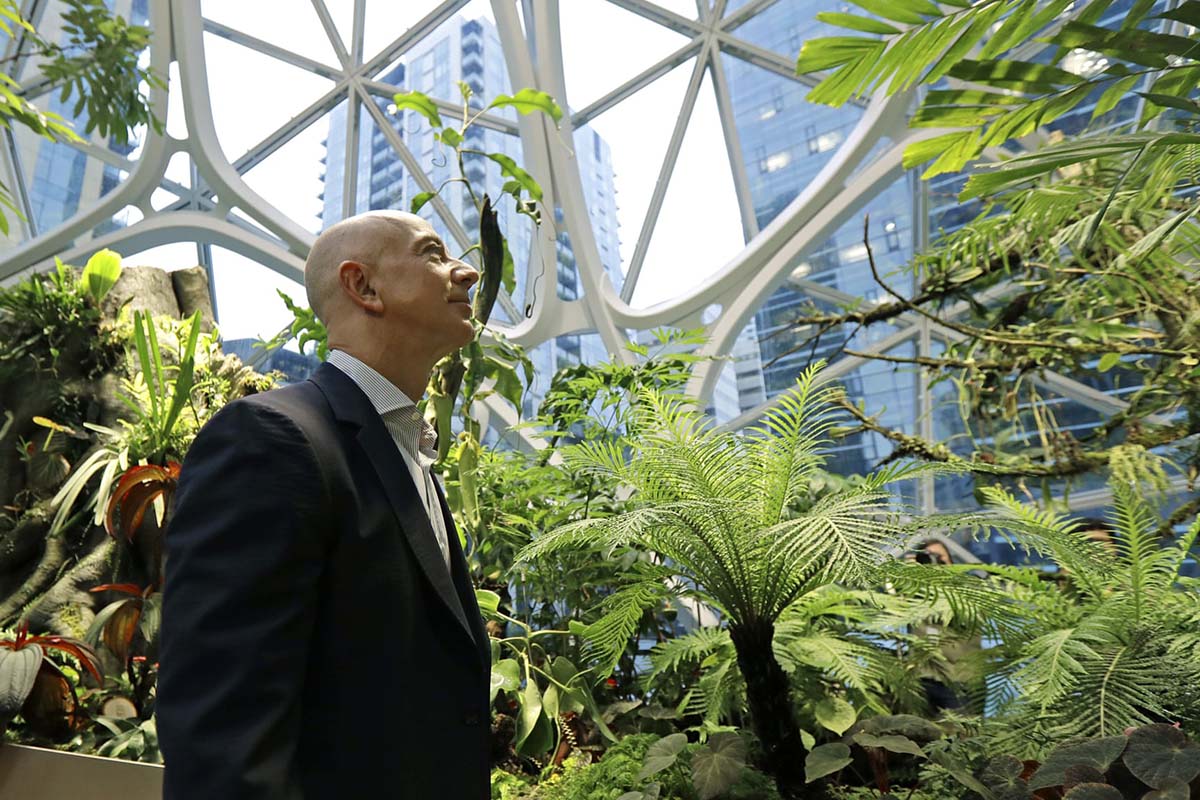 Bezos, the world’s richest man is now among the list of world’s billionaires who are dedicated to battling the impact of global warming.

Counteracting climate change has become a popular cause for U.S. billionaires recently.

Last year, Bezos committed to turning Amazon, the biggest online retailer, net carbon neutral by 2040. This was not only a major commitment but also the first major announcement for such a goal.

At the time, Amazon would meet the goals of the Paris climate accord 10 years ahead of the accord’s schedule.

The founder and CEO of Amazon have Monday committed US$10 billion to tackle the challenges of climate change.

In his post to his massive followers on Instagram, the e-commerce giant confirmed his ambition to strengthen known ways and explore new ways to preserve and protect the natural world.

“I want to work alongside others both to amplify known ways and to explore new ways of fighting the devastating impact of climate change on this planet we all share.” He said.

Today, I’m thrilled to announce I am launching the Bezos Earth Fund.⁣⁣⁣ ⁣⁣⁣ Climate change is the biggest threat to our planet. I want to work alongside others both to amplify known ways and to explore new ways of fighting the devastating impact of climate change on this planet we all share. This global initiative will fund scientists, activists, NGOs — any effort that offers a real possibility to help preserve and protect the natural world. We can save Earth. It’s going to take collective action from big companies, small companies, nation states, global organizations, and individuals. ⁣⁣⁣ ⁣⁣⁣ I’m committing $10 billion to start and will begin issuing grants this summer. Earth is the one thing we all have in common — let’s protect it, together.⁣⁣⁣ ⁣⁣⁣ – Jeff

Estimated to be worth US $130 billion, the e-commerce tycoon said that climate is our current biggest threat. “Climate change is the biggest threat to our planet,” said Bezos.

Although he didn’t specify which groups are targeted to benefit from the fund, he stated that the funds would begin flowing this summer. This was basically fueled by his collective view of the responsibility to protect our common environment.

“Earth is the one thing we all have in common — let’s protect it, together.”

Bezos’ earth fund comes when Amazon has already taken steps to address its role in contributing to global warming and pressure from its employees.

As part of this commitment, the online retailer had ordered 100,000 electricity delivery vehicles from Rivian Automotive LLC, a U.S. vehicle design and manufacturing startup. The company had also invested $100 million in reforestation projects.

This didn’t sound enough for Amazon’s employees who formed a group namely Amazon Employees for Climate Justice to push the employer to forgo oil and gas deals and fund a think tank opposed to climate change causes.

Amazon workers were among hundreds of employees of big technology companies to join climate-change marches in San Francisco and Seattle late last year, who cited their employer as having relaxed measures to tackle global warming and pushed the company to take a more far-reaching action.

Additionally, the group had organized a walkout and a confrontation of Bezos during a shareholder meeting. 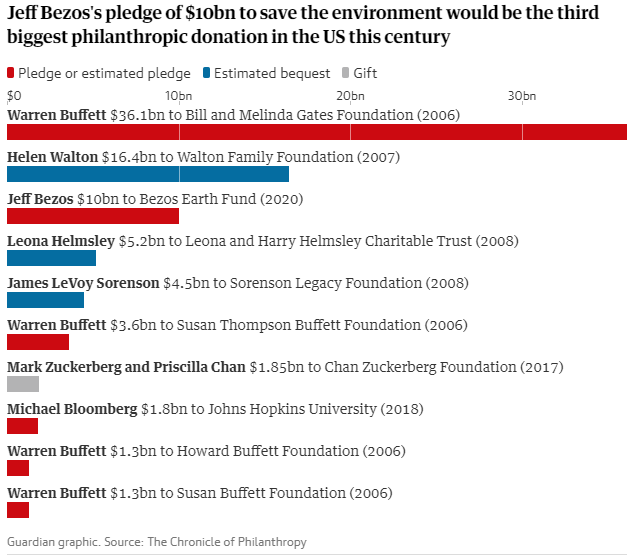 Although the Amazon Employees welcomed the Bezos Earth Fund announcement, they still cited their dissatisfaction with regard to their company’s consumption of fossil fuels and other activities that heavily contribute to climate change.

“We applaud Jeff Bezos’ philanthropy, but one hand cannot give what the other is taking away,” Amazon Employees for Climate Justice said in a statement on Monday.

The company through its spokesperson declined to comment on employees’ concerns and instead commented on its CEO commitments.

“Amazon took a bold step when it announced the Climate Pledge, committing the company to meet the goals of the Paris Agreement ten years early, and we’re incredibly excited about the Bezos Earth Fund,” the company said in a statement.

The spokesperson praised the e-commerce founder for his passion to better the natural environment.

“Jeff’s passion and this extraordinary personal contribution to the fight against climate change are going to have a huge impact.”

They have criticized Amazon greatly for creating large amounts of waste from the packaging for its products and the huge carbon emissions by its fleet of delivery vehicles.

Notably, the Jeff Bezos Climate Change Bezos Earth Fund will not come from Amazon as a company, but the CEO’s personal accounts. The 1$ billion commitment represents only an 8% of his net worth.

Bezos has been criticized in the past for lack of charitable donations despite his outsized wealth. He has been spending his fortunes in other ways.

For example, Bezos recently agreed to pay $165 million for a Beverly Hills estate owned a media mogul and co-founder of DreamWorks, by David Geffen.

Then there is Jeff Bezos expeditions which oversee The Post, and Mr. Bezos– a charitable foundation which is planning to purchase 120 undeveloped acres in Beverly Hills for $90 million.

However, we see some significant strides he has recently made towards charitable donations, a classic example being the Day One Fund he launched in 2018 with a $2 billion commitment.

The Bezos Earth Fund will function separately from the Day One Fund and the Bezos Family Foundation.

A person close to Bezos unveiled that the Bezos Earth Fund would be distributed out to existing research institutions as a charitable donation.

Life Hacks to Live By
How to Create an Effective Environment for Math Learning
May 19, 2022
Woofin' Around: A Brief Guide to the Pros and Cons of Pet Doors
April 02, 2022
CBD Oil And Its Effects On Anxiety
March 11, 2020
Ads
Stay Connected
Where to buy medications ? How to cure impotence with pills? You can buy sildenafil australia online easily. For Thai customers look at priligy thailand online. In Singapore find viagra singapore for sale.