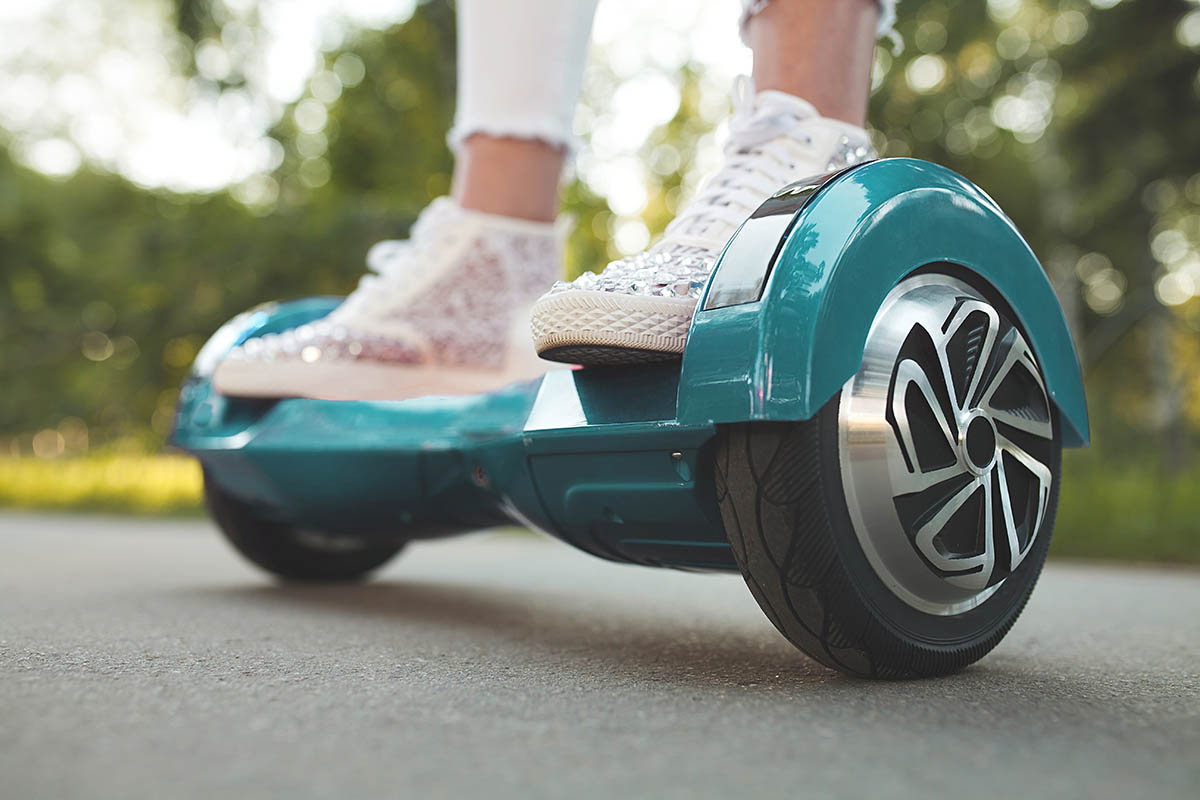 Despite their turbulent debut, hoverboards are here to stay. Brands that have stuck around have ironed out the kinks in their earlier models.

Consequently, 2020 has produced some of the best hoverboard models we’ve seen.

Its sleek look, premium features, and long battery life should propel to the top of your to-get list.

Below, we’ll dive into everything this industry-leading model has to offer. 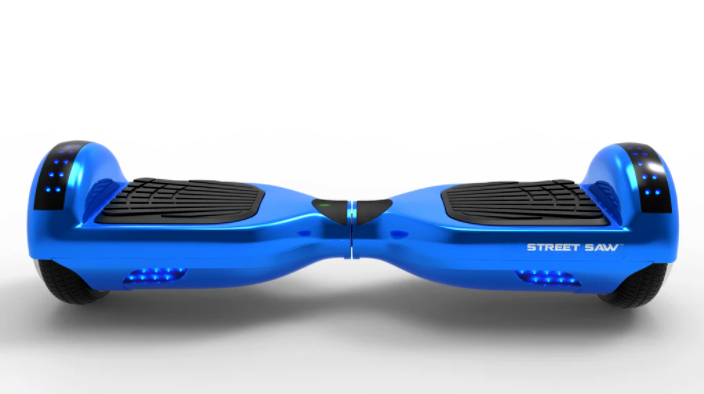 Back when hoverboards burst onto the scene, would-be buyers faced a dilemma.

If they bought an affordable hoverboard, they might end up with a poorly-built model. In some cases, these scooters even caught fire.

To get a quality hoverboard, though, they would have to spend well over a thousand dollars – ouch.

Five years have passed. Now, you can buy reliable boards at reasonable prices.

The DailySaw, the latest creation from the geniuses at StreetSaw, offers premium performance at a price that won’t break the bank.

Don’t believe us? Check out everything you’ll get when you buy a DailySaw:

When you’re cruising around town, there’s nothing better than having your tunes pumping.

The DailySaw allows you to do this with onboard Bluetooth connectivity.

Line up a playlist on your phone, and it’ll stream through to your board’s speakers.

Just like that, you’ll have a soundtrack following you around town. 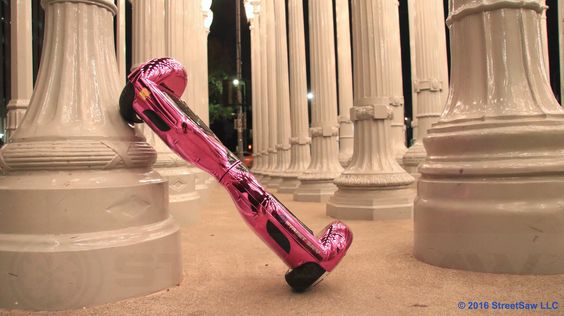 The best part of hoverboard ownership is the uniqueness it gives you. Not only are you part of an elite group, but it also becomes part of your style.

Nothing adds to this aesthetic quite like multi-colored, flashing LED lights.

Onboard your DailySaw are two strips of LED lights that glow red, green, and blue. Sitting above the wheels, they look spectacular, especially at dusk.

Imagine the looks on your friend’s faces when you roll up to them on this brilliantly-lit craft.

After a fun evening with friends, you’ll eventually have to head back home.

As you navigate your way through the dark, you’ll be glad your DailySaw has two bright LED lamps.

These produce intense, white light that illuminates the ground six feet in front/behind your self-balancing scooter.

This way, you’ll be able to spot debris/potholes in your path. Others will be able to see you as well, increasing your safety as you scoot your way home.

A Brilliant Selection of Colors

Do you take your kids hoverboard for a spin when it’s nice out, or would you fall on your butt? Let us know in the comments below 👇

Flashing lights and Bluetooth speakers are cool – no doubt. But, when it comes to style, it’s all about the paint job.

The DailySaw comes in an impressive selection of colors.

From standards like white or blue to wilder selections (rainbow), there’s a DailySaw that matches your vibe.

Battery life and integrity are among the biggest concerns of hoverboard buyers. Many are hesitant to buy cheaper hoverboards, fearing poor range.

You needn’t fear either outcome with the DailySaw – they ship with a high-quality battery pack contained within.

From a full charge, you’ll get a stunning 5-6 hours of run time – a span previously unheard of in the hoverboard world.

Also, trusted manufacturers make these batteries. These packs can handle the daily rigors of hoverboard use without dying an early death.

In English – they last longer than cheaper packs and are far less likely to fail spectacularly.

There’s a good chance the DailySaw will be your first hoverboard.

As you learn to pilot your new toy, you may end up bumping into curbs or other hard surfaces.

Most cheap hoverboard manufacturers skimp on the shell, making it susceptible to collision damage.

If you choose to get protective bumpers for your DailySaw, these add-ons will protect the shell when you inevitably crash.

Why scratch or dent your baby because you were learning how to ride? Get the protective bumpers, and you’ll keep your scooter looking fresh!

How Do Others Feel About The DailySaw? 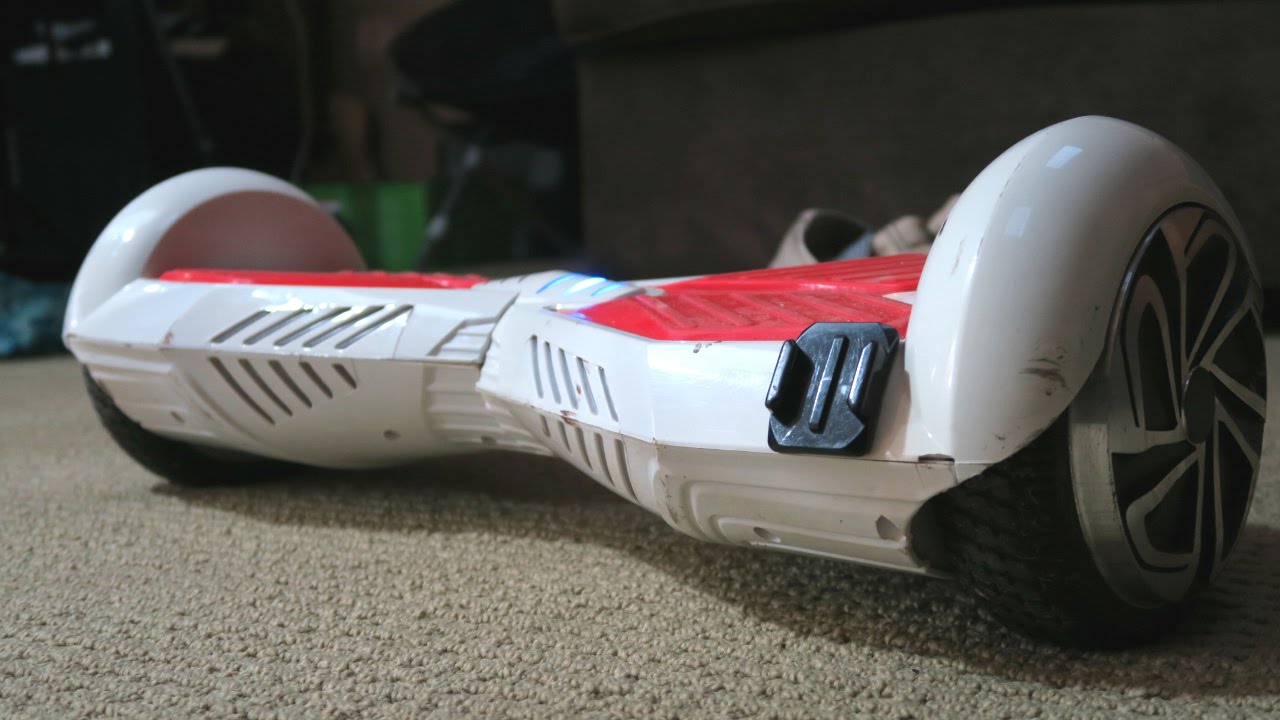 Years of deceptive advertising have made us all skeptical. So, to find the real deal, many of us rely on social proof.

Reviews from other humans give us the assurance we need to make buying decisions.

So, what does the internet have to say about the DailySaw? When it comes to the scooter itself, you’ll find nothing but raves. Buyers love its features and smooth ride.

Others have commented on how other cheap hoverboards have broken in months, but StreetSaw remains running a year later.

Many others have left shining reviews about StreetSaw’s customer service. Other companies left them hanging for months, with no response to e-mails and phone calls.

The few poor reviews we found are more recent. Reading into them, it appears the ongoing Coronavirus crisis has caused shipping delays.

Given the overwhelming support for StreetSaw’s customer service, these grievances seem to be the exception, not the rule.

Must-Have Hoverboard: Get Into Hoverboarding – Get The DailySaw

There’s never been a better time to pick up a new hobby than now. Hoverboarding offers a quick learning curve and hours of riding joy.

By buying the DailySaw, you’ll get a feature-rich hoverboard that will stand the test of time.

Life Hacks to Live By
These Flowers Are The Perfect Way to Enter Your Crush Heart
March 03, 2022
Dallas Landscaping Ideas
February 24, 2022
4 Active Tips for Taking Control of Your Life
December 20, 2019
Ads
Stay Connected
Where to buy medications ? How to cure impotence with pills? You can kamagra australia online easily. In Thailand see priligy thailand online. In Singapore best place is viagra singapore for sale.