5 Tips for Playing Town of Salem You Need to Know 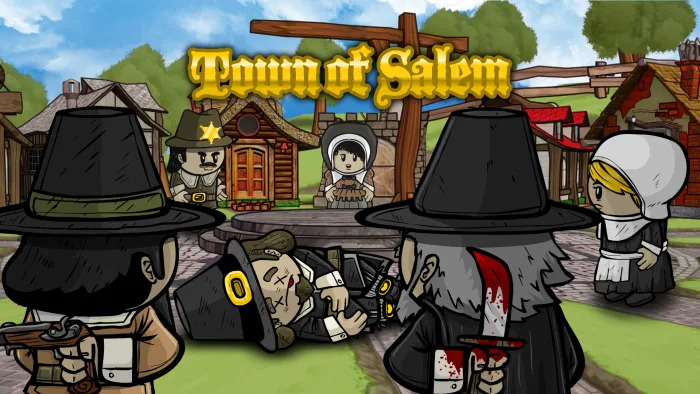 5 Tips for Playing Town of Salem You Need to Know

Out of the many multiplayer strategy games out there, Town of Salem offers the most fun experience. The game has an overwhelmingly positive score on Steam as well as the Apple and Google Play Stores. Town of Salem falls in the same category of games such as Among Us.

But if you’ve never heard about the game before, then you’re missing out on so much. Considering that the game is running for a few years now, we thought to give you the 5 tips you need to know before playing Town of Salem. So with all that out of the way, let’s start.

An important game feature is a will. Every player has one, and every role uses the will to write their daily activities. More so, you can write almost anything you want in it. The will is so important in achieving victory in the Town of Salem because everyone reads the will once they die.

To broaden things up, you can be assigned one of four roles when starting a new game. You could be an ordinary townfolk, the mafia, the neutral faction, and the coven. Each of these performs different tasks, but the important thing is that everyone has a will.

Not many new players take into account this important game mechanic as it can be the difference between winning and losing. If someone suspects you of being the mafia, they can ask for your will to see what you’ve been doing all day. If you don’t have anything written in it, then that could make you a prime suspect.

Keep Track Of What Everyone Says

In the Town of Salem, there is a day and night cycle. During the day, you perform your daily activities and discuss the events that happened in the night. For example, during the night cycle, the mafia kills other players. So naturally, there will be quite a lot of discussion going around during the day cycle.

Players will explain their roles, what they’ve been doing, and develop all kinds of stories to preserve their identities. To achieve victory for your faction, you will need to listen and keep track of what everyone says carefully. You can do that by grabbing a piece of paper, writing things down, or using the “feather and pen” icon in the game.

Understand What Each Role Does

In Town of Salem, you create a lobby with up to 15 players. Each player is assigned a random role, and each role performs a set of tasks. No role is useless in Town of Salem as there are different strategies to achieve victory with each role.

Some of the roles in the game are the mafioso, the mayor, the bodyguard, the escort, etc. A great way to familiarize yourself with each role is by visiting the “Help” tab on your screen or the Town of Salem wiki page. 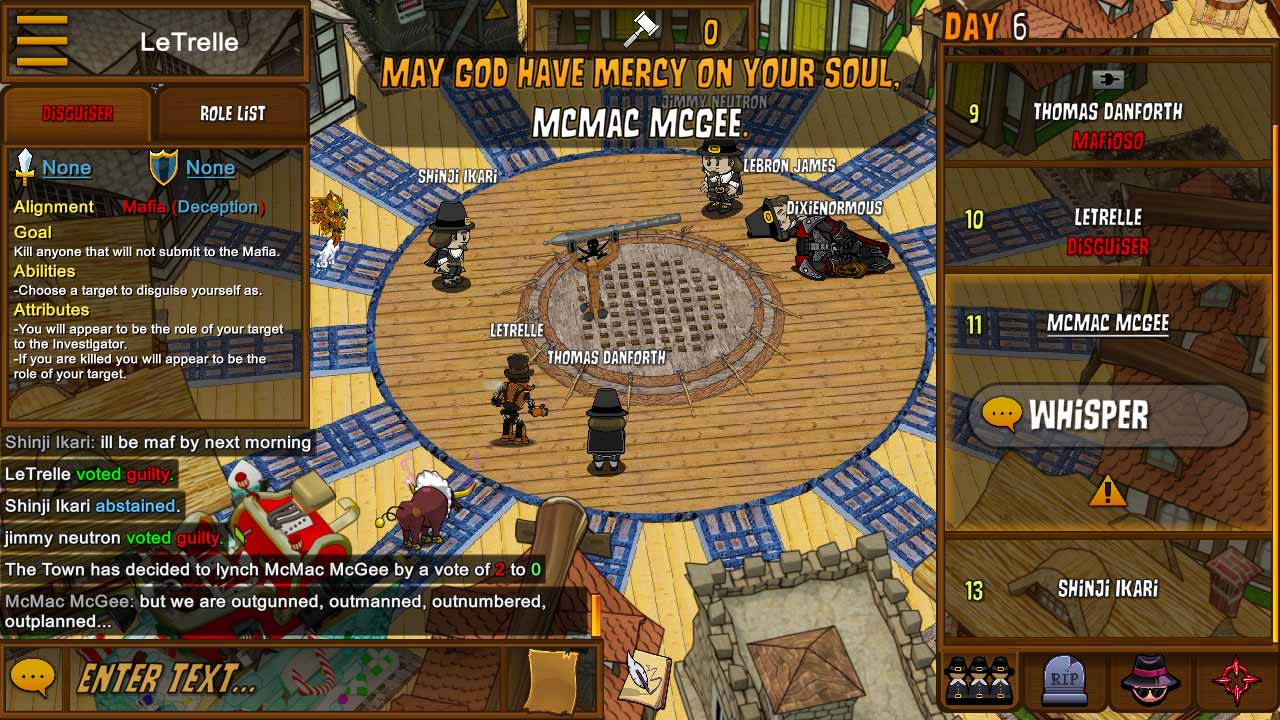 Multiple game modes exist in Town of Salem. You could play the normal game mode where there are certain roles, or you could hit the “Random Town” mode and expect 3 mafiosos, 5 sheriffs, etc. Whichever game mode you play, don’t assume that the other players are telling the truth.

If multiple people claim to be the sheriff, someone is clearly lying when playing the normal game mode. It’s important to remember that it’s every man for himself when playing certain roles. Mafiosos and sheriffs must stick together to achieve victory, but the bodyguard or escort is like helper supportive units that can make good or bad decisions.

Regardless, always keep an open mind and try to uncover as much information before assuming anything.

Keep Fighting Till the End

Even if you’ve been given the same role over and over again, you can still win over and over again. Town of Salem is meant to be fun and exciting for everyone. Even if you get picked up early on and killed, don’t quit and instead observe what everyone is doing, how they’re playing, etc.

Even in death, you can learn quite a lot and prepare yourself for the next game. There is even a role in the game, The Medium, that can communicate with dead players. It’s safe to say that this is a game of strategy and a brilliant one. Each player plays an important role, and most games go right down to the end.

Town of Salem is an amazing game that offers endless hours of entertainment. If you’re getting quite bored with games such as Among Us, then why not give Town of Salem a try? After all, you will be the meanest, best player in your group once you read this article.

Life Hacks to Live By
Pros of Owning a Bernedoodle
February 24, 2022
Facial Filler Treatments: Essential Before And After Care
December 26, 2020
7 Multitasking Tips To Make Your Work-At-Home Day Super Effi...
August 30, 2020
Ads
Stay Connected
Where to buy medications ? How to cure impotence with pills? You can buy sildenafil australia online easily. For Thai customers look at priligy thailand online. In Singapore find viagra singapore for sale.