Esports: The Future of Gaming 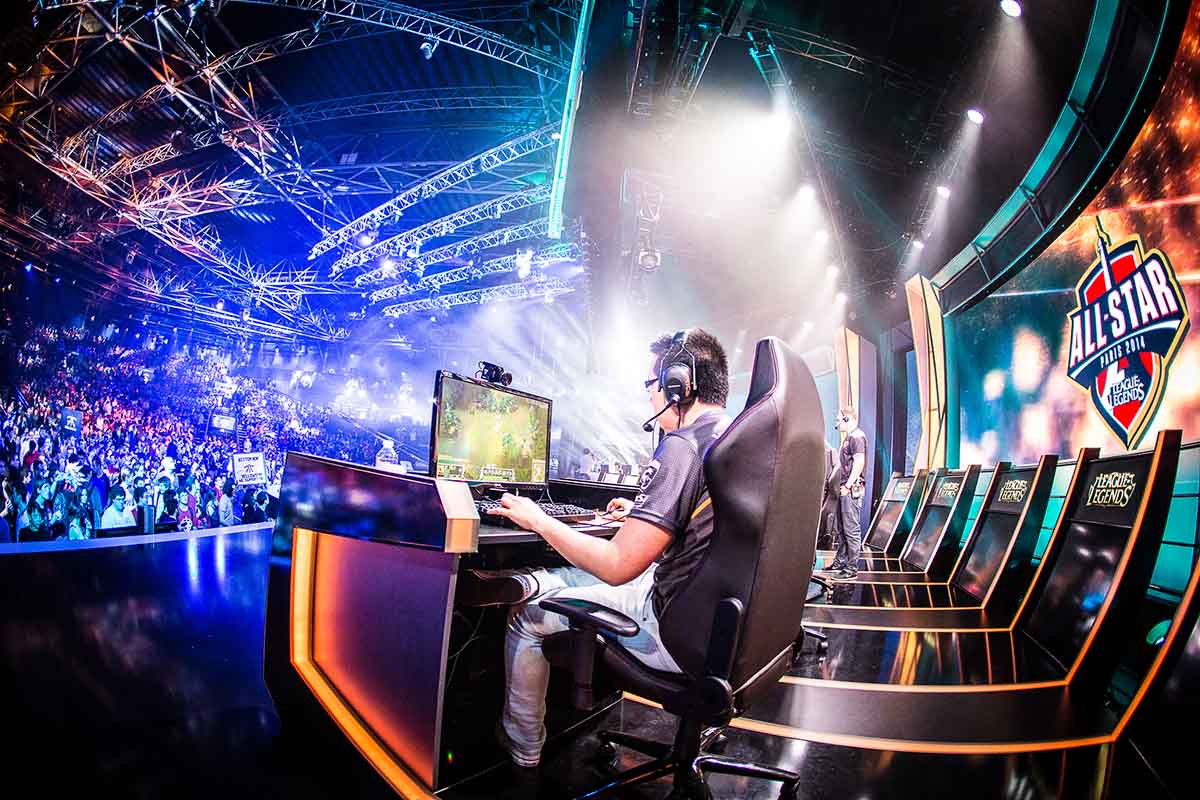 Esports: The Future of Gaming

You might not know it, but eSports has been around for quite a lot longer than you might think, CSGORadar reports as long ago as the 1970s. One of the nation’s bastions of academic excellence, Stanford University, was the birthplace of eSports, as its students engaged in a Spacewar tournament way back in 1972, with the winner getting a year’s subscription to Rolling Stone Magazine.

Back at that time, nobody expected esports to grow and become what it is today. The esports industry has continually risen during these years, but it experienced its boom during the pandemic. More and more people started to join both for playing and for watching the games on the live stream. If you want to get more info about this competitive market, you can consider exploring esports stats, have a look at esports growth charts and income stats, or continue reading this article.

But that might as well have happened in the Stone Age, as today’s gamers weren’t even born. If we compare eSports today to its humble beginnings, well, as the old Virginia Slims commercial used to say, “You’ve come a long way, baby!”

A long way indeed because now the eSports market is thriving due to the global pandemic that shuttered professional sports, causing online bookmakers to find a new revenue source. Soon they began posting sports betting odds on eSports tournaments. The betting markets found a suitable alternative, and eSports filled the bill, whether League of Legends, Fortnight, Counterstrike, or any other tournaments where prize money was at stake.

Let’s allow the numbers to do the talking. In 2021, an estimated 474 million people comprise eSports’ worldwide audience. And this year, the global eSports market was projected at over $1.08 billion, nearly 50 percent more than 2020.

Sponsorship and advertising were the two biggest financial forces driving the surging eSports revenue. Combined, it totaled $641 million, while media rights contributed approximately $192 million. In other words, the future of gaming, eSports is officially big business and getting even bigger.

Future of Gaming: What’s Next for eSports? 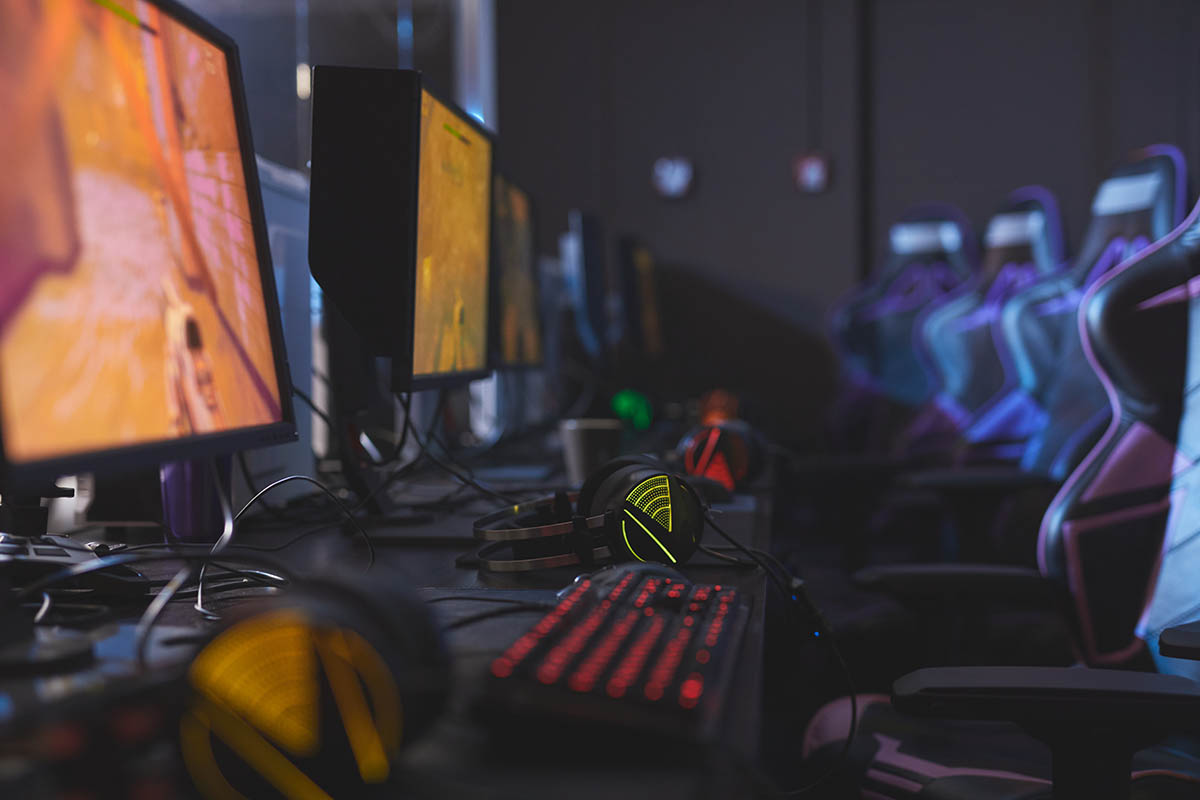 Future of gaming. The global pandemic spawned an entirely new audience for eSports and one that is likely, for the most part, to stick. However, the live tournaments with grand stages, enormous screens, and in-person crowds whose boisterous revelry rivals many major traditional sporting events came to an abrupt halt.

But eSports was able to be conducted remotely. Therefore, it was able to carry on, but the live audience’s palpable excitement was missing and so too was much of the prize money. But the pandemic has been quelled to a great extent, and it is interesting to note that online viewership remains high but will the live gates be back to support the big tournaments?

Mark Deppe, director of the University of California Irvine Esports, spoke to Aaron Orlowski of UCI during the thick of the pandemic regarding where eSports were trending and what to expect in the future.

“COVID-19 has been both a challenge and a boon for esports. More people are playing video games and watching online content than ever before. The UCI teams have been able to compete in collegiate tournaments from home. With that said, all major live events were canceled, including the Overwatch League matches in March and April and the League of Legends Mid-Season Invitational, which was originally scheduled for May. I think the sizzle of esports that comes with major live events is missing, but the community and broader ecosystem are thriving.”

But the sizzle Deppe referred to is coming back in a big way, and even Sin City wants in. That’s right, the nerds and the wise guys are collaborating, and the results should be glorious. Sportingpedia stated, “The rising popularity of eSports stimulated licensed sports betting operators to offer eSports betting services. Traditional eSports betting and skin betting are the two aspects of eSports betting.

“Industry insiders believe that the future will open new horizons for the eSports industry development. New games with better quality will appear on the scene to cater to the constantly growing demand for new, more engaging games. Some experts even consider that artificial intelligence will also find its place in eSports. In addition to that, more jurisdictions will regulate the eSports betting market.

Recognizing the big potential of the eSports industry, a growing number of casinos started to accept wagers for eSports competitions. In 2018, Luxor Casino made the headlines after it was announced that the casino is ready to open the first purpose-built eSports arena on the Las Vegas Strip. We expect that this trend will continue, and other land-based casinos will build such an arena.”

Therefore, if the billion-dollar casinos see eSports as a trend, then it is a pretty good bet that we will see an even greater volume of tournaments with increasing amounts of prize money and sponsorship and advertising revenue. After all, the house always wins.

But the peripherals are optimistic as well, such as the companies associated with eSports and their stock valuations. Many finance gurus predict that the growing appetite for eSports will have a beneficial and reverberating effect that will generate even more interest and grant even more mainstream popularity to the gaming industry and eSports in particular. In other words, the future looks bright for all concerned, as the online gamers, geeks, and nerds are finally part of the cool crowd.

Life Hacks to Live By
The Basic Principles Of Interior Design
March 28, 2022
Why Is Cremation Becoming More Popular Than a Traditional Fu...
March 15, 2022
Top 5 Steps to Find the Best Coupons
November 17, 2017
Ads
Stay Connected
Where to buy medications ? How to cure impotence with pills? You can buy ivermectin australia online easily. For UK customers look at priligy thailand online. In Singapore best place is viagra singapore for sale.