HomeTechThe Road to the Future? All You Should Know About the Self- Driving Cars

The Road to the Future? All You Should Know About the Self- Driving Cars 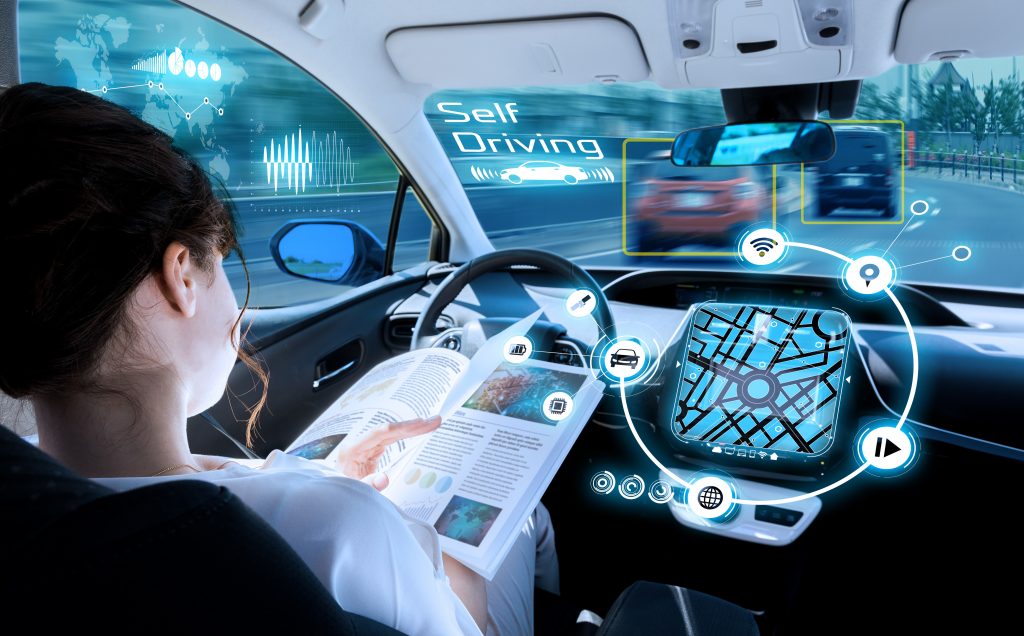 The Road to the Future? All You Should Know About the Self- Driving Cars

Self-driving cars have been a staple of science fiction for a long time now. What if we told you that soon they might become a fairly common occurrence on our roads? Who wouldn’t like to just get in the car, press a button, and enjoy a ride to their preferred destination while watching a movie or reading a book?

Some self-driving cars are already here, and there are limited trials of such vehicles. As we look forward to the day when millions of self-driving cars will safely transport passengers worldwide, let’s answer some of the most common questions surrounding this wondrous technology.

How Does a Self-Driving Car Work?

As the name suggests, self-driving cars are vehicles that do not require a human operator to get to the desired destination. Powered by AI technologies, self-driving cars use sensors, cameras, and other advanced hardware and software to respond to traffic, people, animals, and miscellaneous objects they might encounter on the road.

Developers of self-driving cars use large amounts of data from image recognition systems, along with neural networks and machine learning. There are five different levels of autonomy when it comes to self-driving cars. Here’s how they work:

The majority of self-driving cars we hear about today, including those made by Tesla and Google, are the level two vehicles. They can drive on their own, but they still require a human driver to ensure their operations are safe. Here’s how Google’s self-driving car project, called Waymo, works. 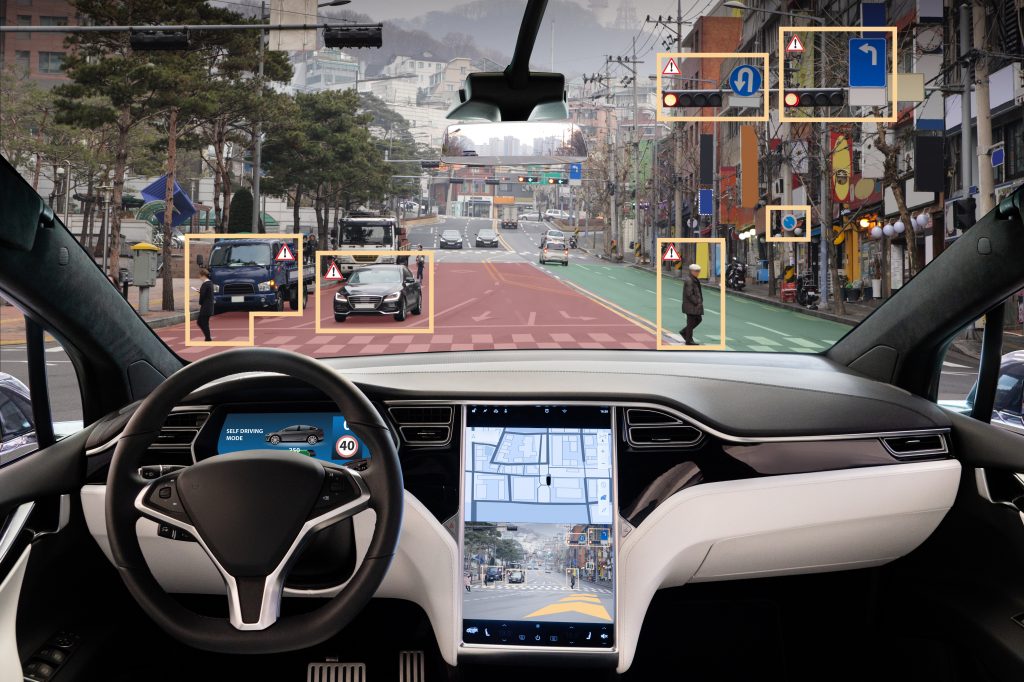 Even though self-driving cars can help you enjoy the ride and finish some other tasks while on the road, they come with even more significant benefits for society. According to a study called “Three Revolutions in Urban Transportation,” three simple changes in the transportation industry could make a great impact on the world we know today.

If properly adopted, these measures could unveil the full potential of self-driving vehicles. The three revolutions include more widespread vehicle automation, vehicle electrification, and ridesharing. By 2050, these three, if combined, could:

Another benefit of a self-driving car is that it could be used by people who have some sort of disability that prevents them from operating a vehicle. Disabled or older people could use them to help perform daily tasks with ease. In theory, autonomous cars would ensure smooth traffic in which all the participants could do productive activities while commuting to work.

Although, in theory, things work perfectly well, the actual situation on the ground is still a bit different. Riding in a vehicle without a human driver can be distressing. Relying on self-driving vehicles can be tricky as in cases of software failures or mechanical issues, human drivers need to take the initiative instead of relying on autopilot technology. There have been a few self-driving car accidents where drivers did not hold their hands on the wheel, even though they were advised to do so.

In March 2018, there was an accident that involved an autonomous car operated by Uber. As the company later reported, the vehicle’s software identified a pedestrian but considered it a false positive and failed to avoid hitting her. This unfortunate event made Toyota cease its testing of self-driving cars on public roads. However, they still perform those tests elsewhere.

Another significant downside of a self-driving car is how much it costs to insure such vehicles. Just as you would want to protect the majority of your assets when gambling, you shouldn’t invest in just any self-driving car. Self-driving cars are a gamble, as the technology is very young and still under heavy development.

Therefore it might be a good idea to think about finding some reasonable insurance options. Right now,  in the US, the average annual premium to insure a Tesla car is $4,352. Until this technology becomes mainstream, high costs will remain one of the main disadvantages of self-driving cars. 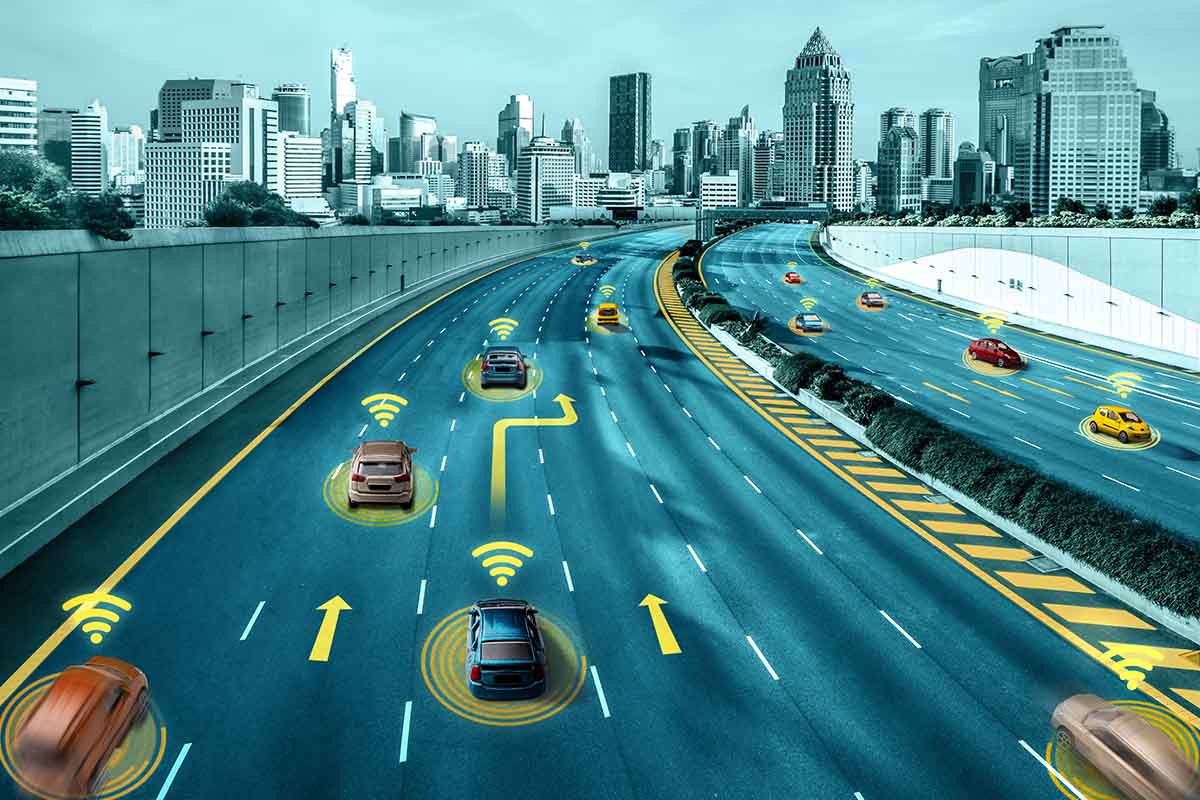 Whether or not you like the idea of vehicles without actual drivers, it’s just a matter of time until self-driving cars become a common occurrence on the streets.

Though this idea will take years to develop fully, experts predict this kind of transportation will become dominant in the US in years to come. We have yet to see how it will benefit people who have a long commute to work or affect those who drive for a living, including bus, taxi, and delivery drivers.

Life Hacks to Live By
Is Berlin Good For International Students?
November 25, 2021
9 Steps To Building Your Own Home
January 21, 2021
Your Guide to Getting Your Affairs in Order
July 19, 2018
Ads
Stay Connected
Where to buy medications ? How to cure impotence with pills? You can buy sildenafil australia online easily. For Thai customers look at priligy thailand online. In Singapore find viagra singapore for sale.