Top 7 Reasons Why You Should Use a Powerlifting Belt 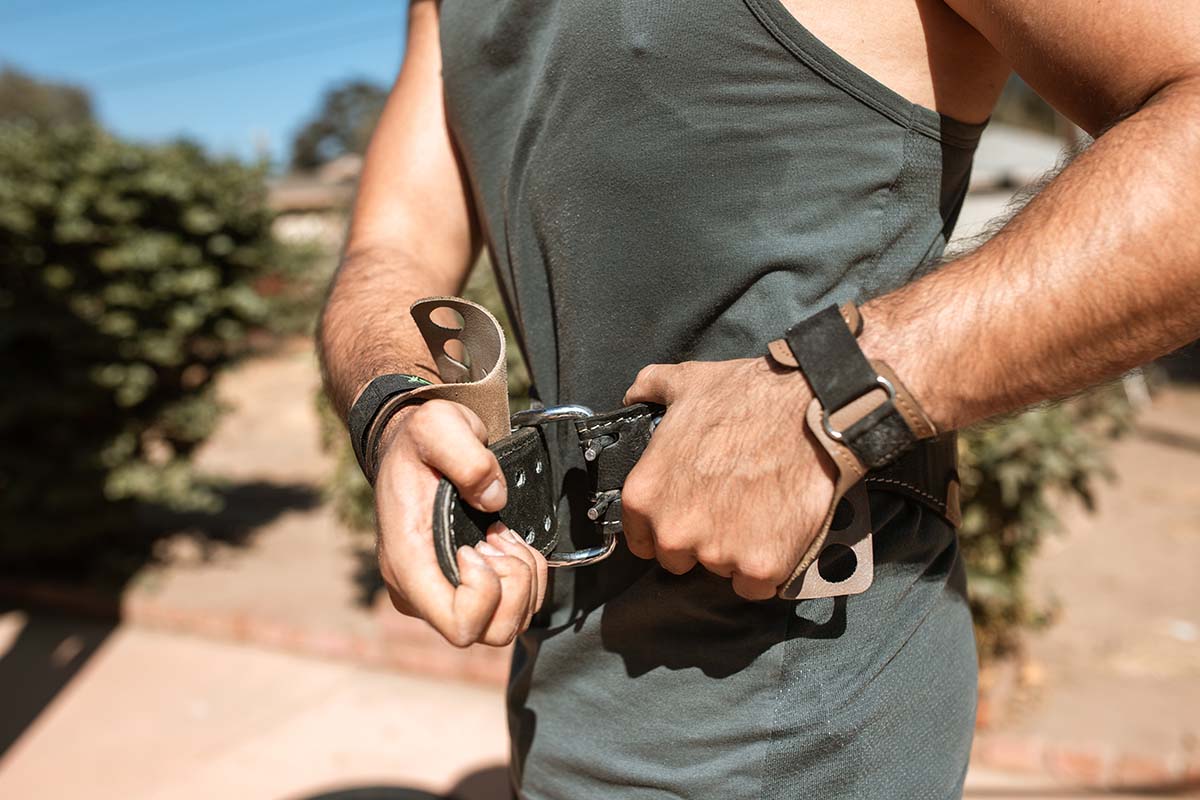 Top 7 Reasons Why You Should Use a Powerlifting Belt

What is a Powerlifting Belt?

It’s a common misconception that belts are meant to keep your back straighter, and by itself, a belt cannot stop you from arching your back. Instead, they are made to give you something to brace against, helping you to properly activate the muscles in your core, which can help you stay safe during a lift as well as improve performance.

Are Powerlifting Belts Helpful or Harmful?

Many gym-goers will claim that using a belt will actually make you weaker. This definitely isn’t true and doesn’t take into consideration the whole picture. They will argue that using a powerlifting or weightlifting belt does the core bracing for you and makes it hard for you to build the core muscles to properly brace your core without it. This simply isn’t true. The belt simply gives you a surface to brace against, and your muscles still do all of the actual work.

Another argument for the harmfulness of belts is that it weakens the lower back by taking pressure off of the back. This one has more truth to it, as belts do reduce stress on the back, especially the lower back, where they sit.

However, this comes mostly down to overuse and common sense. If relied on for too many lighter sets when not needed, it can have detrimental effects on lower back strength, but the benefits will outweigh the risks if used properly.

The same kind of thing can happen if wrist wraps and wrist straps are used too often. In those cases, your wrist stabilizers or grip strength can be detrimentally affected, respectively. It’s always important to use powerlifting gear to augment your regimen and not overly rely on them.

On the flip side, weightlifting belts and powerlifting belts are able to aid you in increasing your intra-abdominal pressure more than you otherwise could. This can help you to lift more weight for more reps, which in turn improves long-term performance. They also have a slew of other benefits, and there’s a reason you see all professional lifters using them during heavy training sessions and competitions. They simply work.

Why Do Powerlifters Wear Belts? 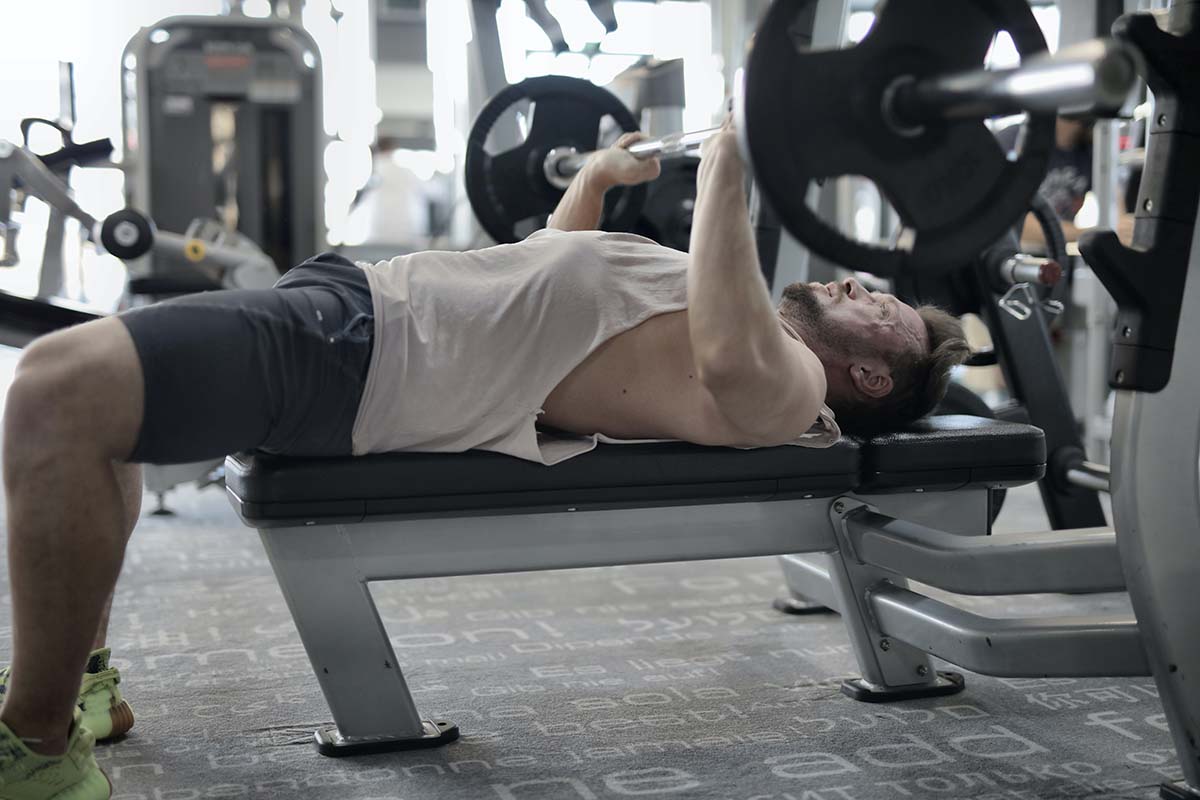 There are many reasons to wear a powerlifting belt, whether you’ve just been lifting for a couple of months and want a push or if you think you’re almost ready for a meet! Here are a few of the most important reasons to use a belt and powerlifting belt benefits!

Wearing a powerlifting belt during heavy sets can have a profound impact on your likelihood of an injury. This is most evident in lifts like the deadlift and the squat, where the weight on the bar often exceeds your own body weight. Heavy weights like this need to be treated with respect, and an extra cue to keep your core tight and engaged helps to stay safe. Just make sure you’ve taken care of business before your session because we all know what can happen if you clench your core and squat down!

Reduce Stress on the Spine

As mentioned before, the extra intra-abdominal pressure and the pressure across the lower back from the belt can greatly reduce the vertical stress on the spine during a heavy lift. This needs to be properly balanced with sets without a belt to ensure you’re building up your lower back muscles enough, but it helps keep your spine safe during heavy sets and attempts.

Powerlifting belts might be the single biggest performance booster you’re allowed to use in raw powerlifting meets. Not only can it improve your one rep max instantly by using it, but by allowing you to lift more weight for more reps in training today, it will have compounding benefits on your future strength levels. In this way, it’s much like creatine in its ability to improve your strength both in the short term and in the long term by virtue of its short-term benefit.

The braced core helps to reduce the likelihood of hyperextension, but the top of the belt will also push against your back if you do start hyper-extending. It provides an additional cue that helps you to prevent this unsafe positioning.

One of the main purposes that a powerlifting belt can improve your performance instantly is the better biomechanical advantage you can exert on the load. Having your core braced at a smaller size gives you more power out of the bottom of a lift, pushing the boundaries of your strength!

Belts Can Help You Lift More

As discussed before, using a belt can help you to lift more weight. It can also help you lift more weight without a belt down the road. Sounds impossible, right? Well, by lifting more weight today, you’re able to jump ahead in the progressive overload process.

If you’re normally able to squat 250 pounds for five sets of 5, but with a belt, you can hit 260 for the same volume, that’s a more intense workout. Or, if you keep the weight constant but manage five sets of 6, that’s a 20% increase in volume! This increase in strength and endurance in the short term can help you to build your muscles much faster.

When preventing hyperextension and helping brace your core, it’s clear that simply having a surface next to your body helps you to know what’s going on. However, the benefit extends beyond those functions.

When first starting out with a belt, it might feel uncomfortable, but it’ll break in. Once it has, your body will be used to the way it feels in each position in the lift. You might be able to tell when you’re parallel in a squat without thinking twice about it. Or, if something is off in your form, it’ll stick out like a sore thumb.

How to Choose a Powerlifting Belt

It’s obvious how using a belt can benefit your lifts and keep you safe and healthy. However, what is there to know when choosing a belt? Well, firstly, there are several different types of belts. If you’re planning to compete in powerlifting or want to improve in absolute strength, a powerlifting belt will serve you better than a weightlifting belt.

Powerlifting belts come in pronged and lever varieties. Lever belts are generally better, but prong belts are cheaper. Either way, you’re typically going to want something as thick and wide as allowed. This would be a 13-millimeter-thick, 10-centimeter-wide belt. Anything made by a popular brand like Anderson, Rogue, SBD, or STrong will work great. If you want to compete, however, it’s highly recommended to choose a belt that is IPF-approved.