How to Make Sure You Pass an Employee Drug Screening 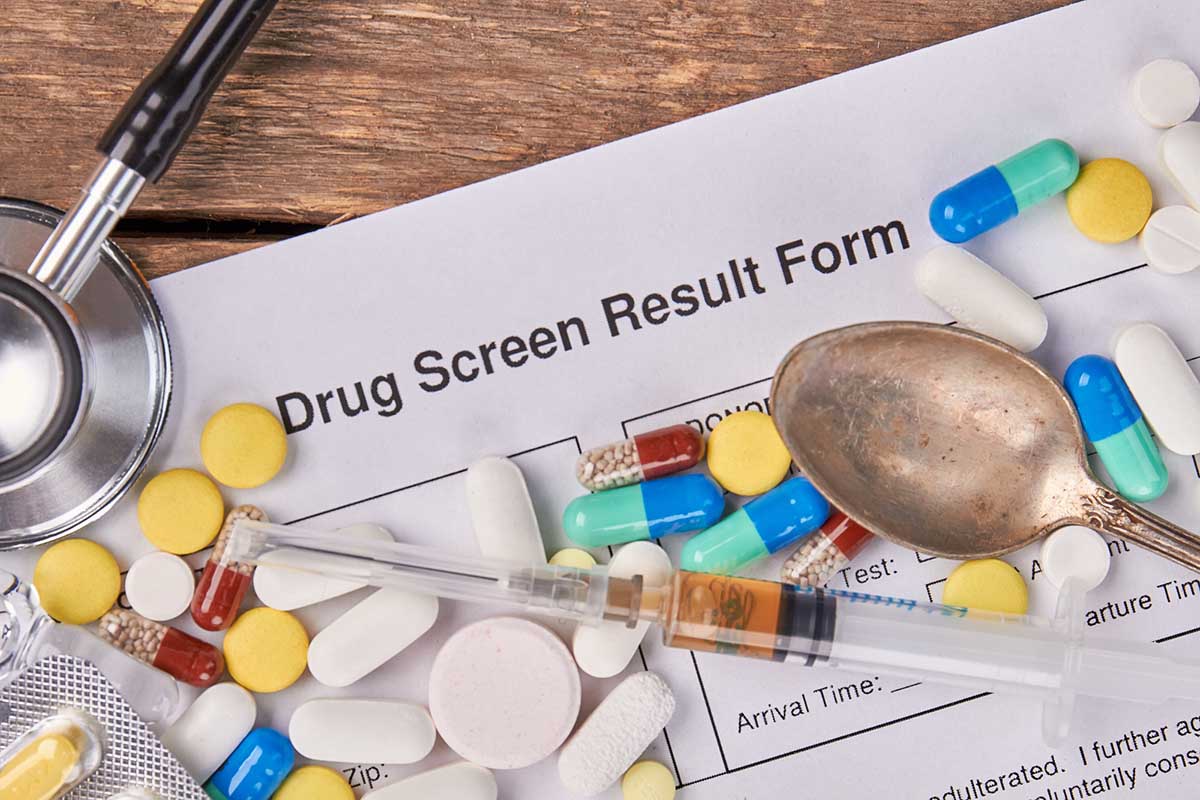 Make Sure You Pass an Employee Drug Screening

Did you ace an interview and are going through the hiring process? Congratulations! Now all you have to do is pass the pre-employment drug screening. Read on to make sure you’re clean and ready to start your new job on the right foot. Are you concerned about whether or not you will be able to pass your employment drug test? There are many reasons why an employer might require you to do a drug screening.

They might require a test if you’re a new hire if there has been an accident or injury, or just for a random test.  Another reason is if an employee seems to be under the influence of a drug or alcohol on the job. If you’re not sure whether you will pass a mandatory drug test or not, first you will need to understand your rights as laid out for you by the state and federal laws, as well as what you can expect if you’re being screened for drugs.

Employee Drug Screening: Can You Be Tested For Employment? 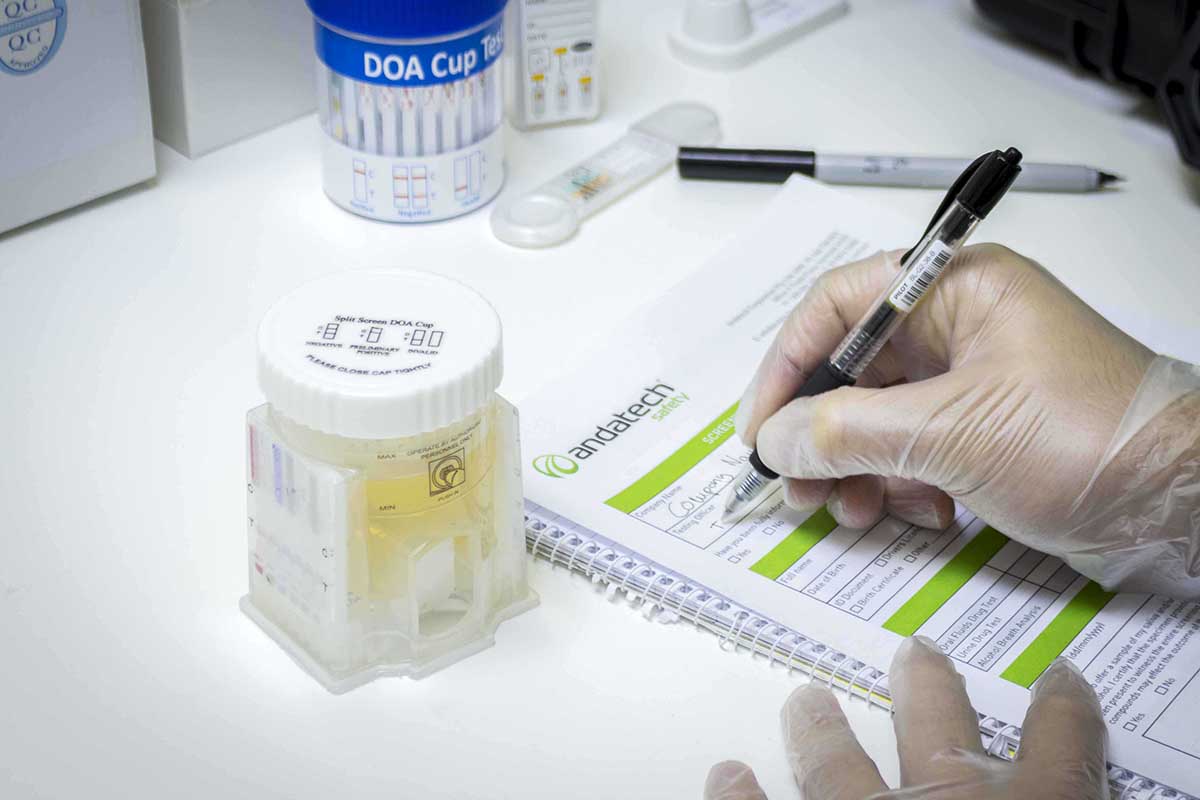 Most state laws do allow private employers to screen people for drug use before they give them the job. This means the potential employee is requested to visit an Orlando, FL drug testing company (or a drug testing company nearer to them) to be tested. This is of course only valid if they give notice that drug testing isa part of the hiring process and uses a state-certified lab.

State law may actually restrict the way the test is carried out. Some states make it so that an employer can only test you if you are given notice and a conditional job offer. Check your state laws to see what your area allows. There are some agencies that have to screen for drugs regularly. The Department of Transportation and the Department of Defense are two of these organizations.

There are also mandates that say that all operators of aircraft, mass transport vehicles, and commercial motor vehicles are tested for drugs. Private sector employees may also be tested in the workplace as long as state law allows.

Of all the methods out there, this is the most common. The metabolites use urine as their main route out of the body. 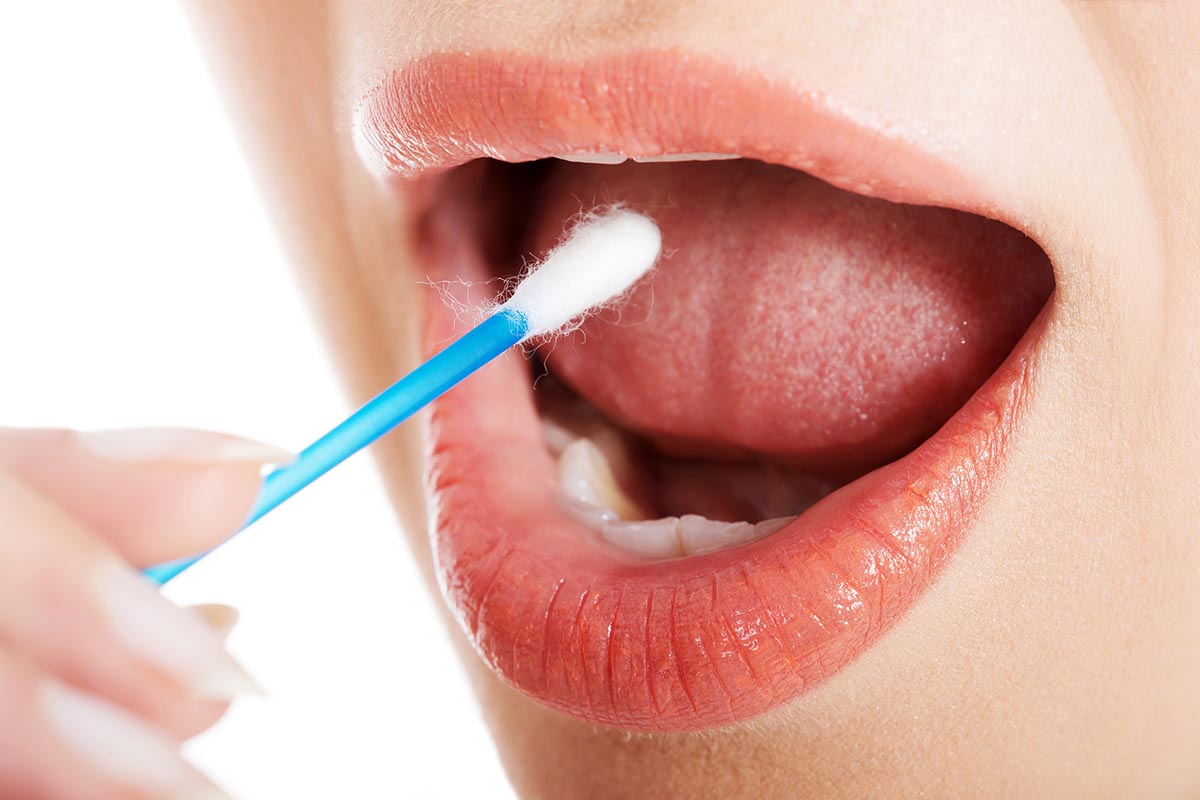 While urine testing is popular, saliva testing is rising in popularity.  This is likely because it is much less invasive than urine testing. Also known as a mouth swab test, how a mouth swab drug test works is pretty straightforward- a swab test takes some saliva from your mouth and is taken away to test for all sorts of drugs, including pot. The results usually take up to 2 days to return.

Saliva drug tests should be used only to detect recent drug use. One study suggested that saliva testing can only detect pot use when the person being tested smoked 4-10 hours before.

Blood testing is the most expensive and the most invasive, but also the most accurate. It can tell you how much of the drug is in the system. But the cost and invasiveness make it less popular, especially among employers.

The idea of hair testing comes from the idea that drug metabolites come in through the blood vessels on the scalp. From there, the hair should filter and keep it permanently. However, because of the permanence, many people object to this kind of testing. It doesn’t tell whether the drug use was recent or not.

A lot of today’s workplace drug testing depends on if an employee was under the influence while on duty or not, so a system like this usually won’t work. It’s also relatively expensive and the processing time is long.

This is one of the newer methods available today. A sweat patch is placed on the skin for 14 days. At the end of that period, the patch is analyzed to see whether or not drugs were pushed out through sweat. This method isn’t used on employees, though. It’s usually used in probation cases.

The only way to be 100% sure that you are going to pass a drug test is to not have drugs or alcohol in your system. With some drugs, like pot, the residue will show up for weeks. You can have the results of your drug tests retested at a lab of your choice if you don’t think the results are accurate. That said, here’s some advice for emergencies.

Urine tests are far from infallible. However, it’s hard to challenge positive test results. False positives are highly unlikely as long as labs use proper care. The procedures that are put in place make it nearly impossible to get a false positive.

No substance is known to make a test read positive mistakenly. Ibuprofen used to interfere with drug testing, but that issue has been fixed. Passive smoking isn’t an acceptable excuse for failing a drug test either. A non-smoker can only absorb enough pot to test positive in extreme circumstances. 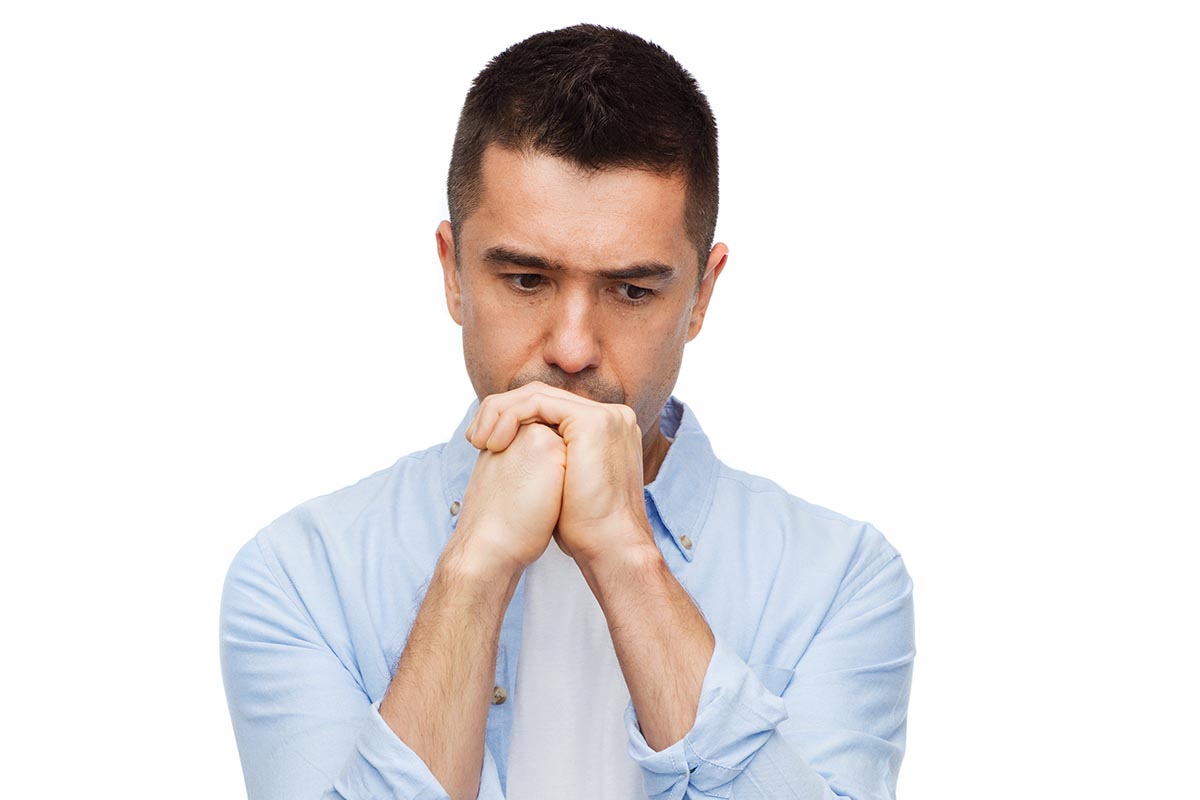 For the most part, the strategy for passing urine tests is to increase fluid intake and urine flow. This dilutes the concentration of drugs in the sample An hour or two before the test, fill your bladder with as many fluids as you can drink.

The water is fine. Goldenseal, vinegar, niacin, or vitamin C do not add anything to a drug test to help you pass it. High dosage aspirin might reduce sensitivity for pot only.

Many people try to wash themselves out for days in advance by drinking a lot of water and exercising, but nothing shows that this is actually useful. Don’t ever give your first pee of the morning as your drug test. Drug metabolites build up during sleep.

While you are washing yourself out, consider taking a large dose of vitamin B-2. Taking 50-100 milligrams can color your urine yellow. Having super watery urine will make some testers suspicious. In some cases, a lab will reject a sample for being too watery. You can find these in B-complex multivitamins.

You could also attempt to increase your output by using diuretics. These stimulate urination. Some of these include coffee, cranberry juice, and certain health food products.

If your test is on short notice, you may want to use more potent diuretics. These medications are usually used to treat high blood pressure. Some of these are only available by prescription in the US, they can be found over the counter in Mexico and other foreign countries.

Potent diuretics can be dangerous for some people, like diabetics or pregnant people, and can cause issues if taken for too long. Diuretics can be found in urine, but aren’t typically tested for unless you are an athlete. 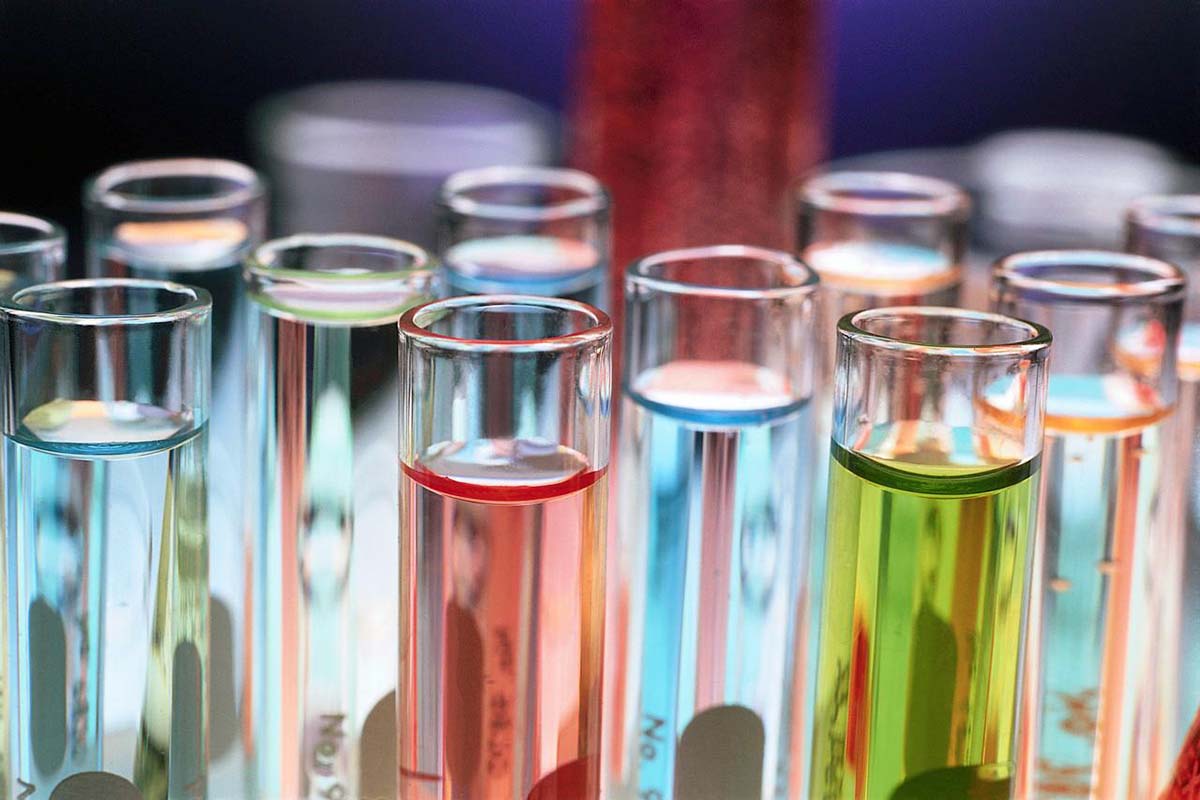 There are many places that suggest that they have a substance that can hide the metabolites in your urine. Though very few of these have any scientific basis. Activated charcoal is commonly used as a detoxifier. It could be used to lower metabolite levels a little bit if taken over a few days or weeks.

Lecithin, a food emulsifier, has been hinted at being useful if taken over an extended period, but there is no proof for this. There are also a bunch of high priced teas and supplements that are promoted as pee cleansers, but again, there is no proof for any of these things working. Some people suggest that they had great success, while others say they have not.

Putting aside ethical issues, some people chose to tamper with their drug tests. Urine dilution isn’t 100% reliable, especially for heavy users. Some people tamper with the sample by adding adulterants or substituting urine for their own.

There are many ways to substitute urine for your own, like using dried urine or rigging a plastic bag system to deposit clean urine into your cup. Adding adulterants is another way to mess with the results. Though this is risky because it would be easy to test for these.

Some common adulterants are detergent, bleach, Visine, salt, and some cleaning solutions. But most of these are easily detected by smell or sight. There are also commercially available adulterants. Although it is important to remember that these aren’t reliable and they all involve a lot of risks. Tampering is risky. A lot of people are monitored or asked to take off their clothes beforehand. Cheating is never forgiven.

In some situations, employee drug screening may be used. If you have smoked in the last few days, but aren’t currently smoking, ask for a blood or saliva test. You are much more likely to turn up clean.

However, if you have smoked recently, take a urine test. You could fair much better with that because it leaves open the option that you weren’t under the influence while on the job. 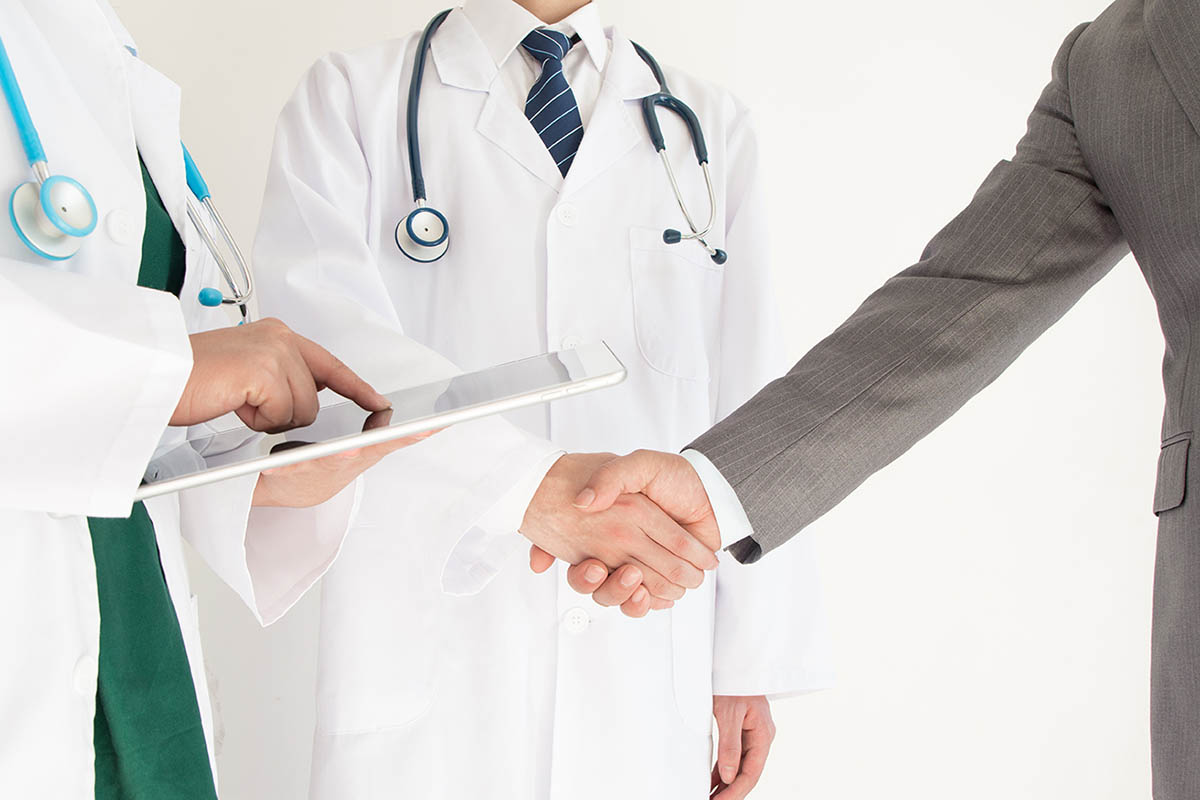 Prospective employees have no right to challenge pre-employment drug testing.  Workers who are already employed might be able to challenge plans in certain situations, depending on regulations. Don’t sign anything that gives your boss the ability to test arbitrarily. If you think you are being tested unfairly, you might be able to take legal action.

Many clinics offer to test for free. Home kits are available as well, but remember that urine levels can change during the day. Rapid Detect is a 10-panel drug screen you can use to see what your test results might look like.

To Pass an Employee Drug Screening

Again, the only surefire way to pass a drug screening is to avoid using. However, more and more innocent people are being accused of drug abuse. It’s important to protect yourself in the workplace. For more tips, tricks, and life hacks to help you throughout your day, get in touch with us.