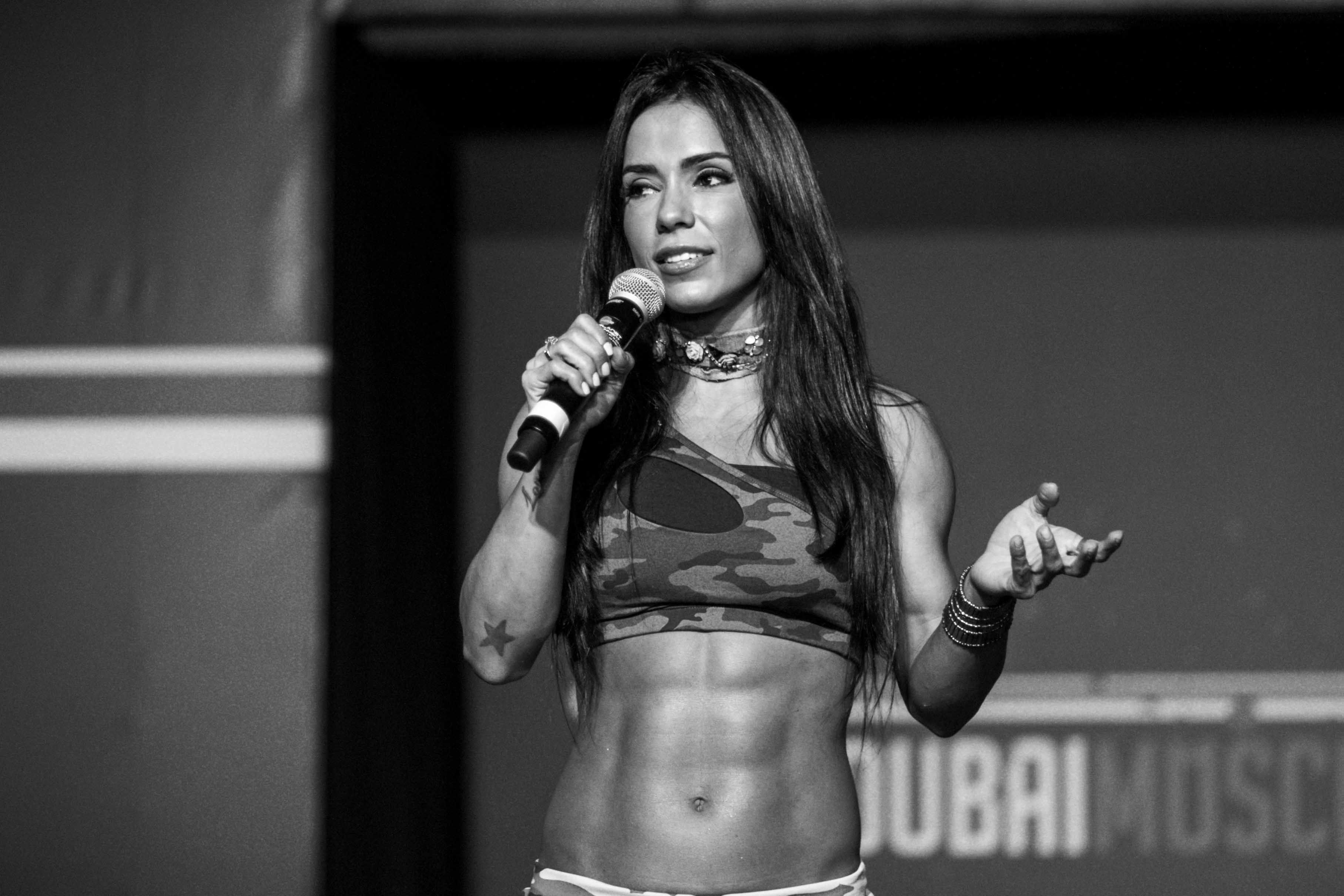 With 23.5 million women using the #GirlsWhoLift hashtag on Instagram, now is the time to celebrate the women with solid shoulders, killer abs, and banging bodies.

Bodybuilding and fitness expert Erny Peibst has found five female bodybuilders who not only squat twice their body weight and do pull-ups for days but have also used their fitness to help them overcome serious health issues. From battling anorexia to addiction, they’re showing that hard work and dedication pay off and are inspiring women worldwide along the way.

Current Goals: Work on strength Work on happiness Work on health Work on success… . . Grow hair long enough that I can sit on it ‍♀️ . . #mygoalsarevalid #rapunzel #humpday

Aroosha is a Persian/Scottish bodybuilder working as a personal trainer in Manchester. Her Instagram is full of gym selfies and inspiring words, but her body image was not always as positive as it is today.

She developed anorexia when she was a teenager, and it got so bad that she ended up wheelchair-bound when her doctors told her that walking was putting too much of a strain on her heart.

She eventually got help through the support of her friends, family, and nutritionist. Once she got to a healthy weight, she got into weightlifting and bodybuilding, surrounding herself with a social circle that motivated her to stay healthy and to get strong.

Now she has a healthy relationship with food, eating as fuel so that she can lift more weights, not to conform to anyone’s standard of beauty.

Follow her for…
Video posts of her workouts – she can help you kick your fitness routine up a notch.

Next time you have a certain number you want to see on the scale remember… 1️⃣ The number doesn’t move if you don’t 2️⃣The number means nothing if you feel good 3️⃣How to GET what you THINK you want may be completely wrong 4️⃣If you don’t know what you want start with what you know you DONT want 5️⃣Losing weight requires eating 6️⃣You’re more than just a number on a scale #reversediet : : : #transformationtuesday #weightlosstransformation #diet #healthy #bodybuilding #strongwomen #strongissexy #bootybootybooty #gains #dedication #fitnessmotivation #inspiration #inspire #love #beautiful

Before Melissa was ‘Fitgurlme,’ with the killer abs and fantastic body you see today, she was a drinker, smoker, and yo-yo dieter.

Eventually, in her thirties, she decided she needed to change her life. After her pregnancy, she had put on 70 pounds and could not shift the weight; following weeks of saying she would start a fitness routine, she finally got into a training program and began taking back control of her body.

Melissa began documenting her fitness journey on social media, growing to have a large following even inspiring the likes of Kim Kardashian. The Kardashians producers approached Melissa after Kim had seen her post-pregnancy transformation and asked her for help training after her own pregnancy.

Follow her for…
Inspiring transformation pictures that will help inspire your fitness journey.

Krissy developed a substance abuse problem when she was just 15, and it would stick with her for another ten years. She was using and drinking excessively throughout high school and college, ending up with several drug charges and even had to have an ankle monitor at one point. To help her get sober, Krissy pursued bodybuilding as a hobby, keeping her distracted from drugs and alcohol.

She has been sober now for over four years and has become a budding entrepreneur and professional lifter owning a number of businesses such as Doughnuts & Deadlifts. She has dedicated her life to helping others seek fulfilment through fitness and uses her platform to tell her story in the hopes of inspiring others who are suffering through addiction.

I’m often torn between my natural wild, chaotic side and the person I am constantly trying to become. Over the years it’s gotten “easier” but there are times I NEED to let my wild side shine, it is part of who I am and who has made me push through in the hard times. The person I want to be is equally as powerful and beautiful but much different, calmer and kinder. I’ve been on a journey to find balance between these two sides where they can compliment and empower each other and not conflict me internally. It’s a work in progress, as all things in life are, but I’m willing to do the work because I can see the greater goal. A better ME. #fbf to a few years ago when I got to shoot with the highly talented @kai.york.official in Toronto. @kai.york.official #badassmomma #kaiyorkphotography #relentlesslife

Female Bodybuilders: Big Brother star, fitness guru, and soon to be a mother, Christmas proves that women can do it all.

Christmas didn’t always have her life so together though, at 22, she was taking hard drugs, smoking, and drinking; her mother was concerned for her health and suggested she work as a civilian contractor in Iraq.

Arriving in Iraq, the realities of war gave her some perspective, and she turned to fitness and nutrition as a way to get her life back on track.

She started working out regularly, surprised and thrilled by physical and mental changes she started seeing in herself.

The now 36-year-old has totally transformed her life, going from a chain-smoking drug taker to fitness icon, running her own CrossFit gym and the only woman to ever work on a NASCAR pit crew.

She now uses her platform to show other women that it’s never too late to start caring about your body.

Follow her for…
An inspiring story that will pick you up on our worst day. Her transformation will motivate you to get your bag packed and hed to the gym.

Julie is one of the most popular female bodybuilders is an IPE Pro Bikini Competitor from Michigan but she did not come from an athletic background, never playing sports in school or going to the gym.

Most of her life she had bad eating habits, snacking on junk food and watching her weight fluctuate.

She then struggled with an eating disorder and her weight dropped to a scary level. Eventually, she made the decision to no longer let her eating disorder control her and used fitness and bodybuilding as a way to develop a healthy body image and a good relationship with food.

Follow her for…
Bikini coaching advice – she is a top competitor and shares tip and tricks so you can get there too – thats what Female Bodybuilders say!

Life Hacks to Live By
Planning For Your Long Distance Move
December 24, 2021
Balancing the Act: Working and Being in Education at the Sam...
July 30, 2020
How to Be Tricky and Live on Promotions
August 28, 2018
Ads
Stay Connected
Where to buy medications ? How to cure impotence with pills? You can buy sildenafil australia online easily. For Thai customers look at priligy thailand online. In Singapore find viagra singapore for sale.