HomeInspirationInspiring CelebritiesCeleb Stoners: Who They Are and What They Smoke

Celeb Stoners: Who They Are and What They Smoke 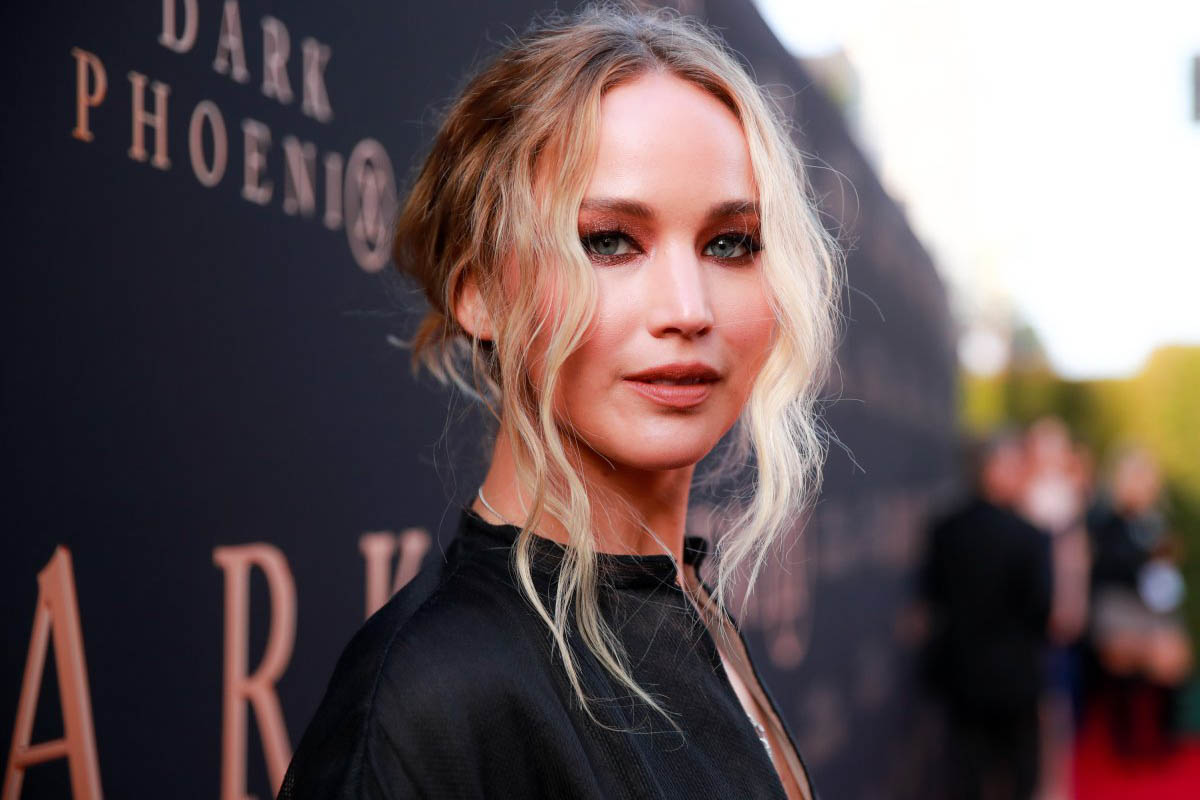 Celeb Stoners: Who They Are and What They Smoke

Celebrities — they’re just like us! They eat burgers, they wear sweatpants, and on occasion, many of them smoke weed.

Cannabis culture has been increasing not just invisibility but also in acceptability for some time, with the result that most celebrity stoners are unafraid to admit to their little green habit. Aside from well-known weed aficionados, like Seth Rogan and Snoop Dogg, more and more stars have started talking about their love for the good kush. Even better, they have started divulging how they prefer to partake — what style, tools, and brands they prefer.

Whether you want to smoke like your favorite celebrity or you need some recommendations for the best paraphernalia around, read on. 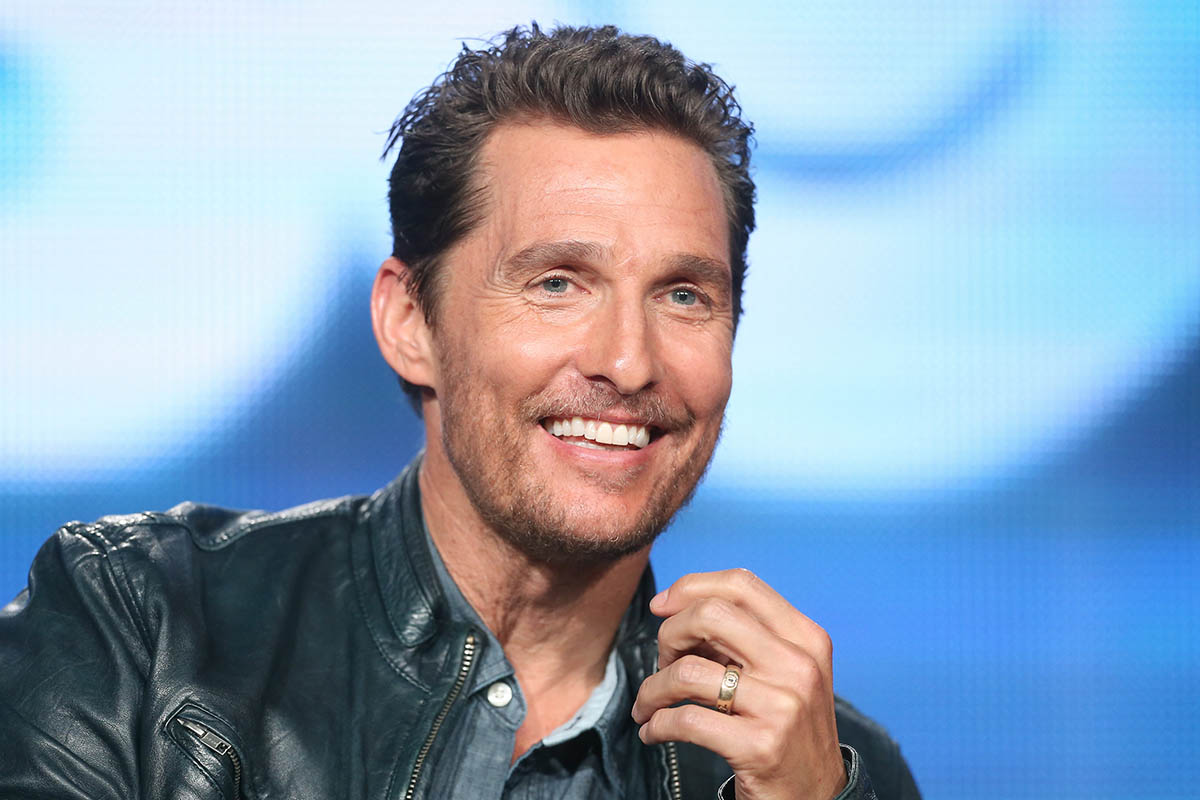 Alright, alright, alright — the first celeb on our list is Mr. “Dazed and Confused” himself. Though Celeb Stoners – McConaughey got his start in teen comedies and horror flicks, these days, Matthew is enjoying some exceedingly dramatic and sophisticated roles like “Dallas Buyers Club,” but that doesn’t mean he’s living a sober, adult lifestyle. You are most likely to find an off-set McConaughey lounging shirtless on some beach with an old blunt between his fingers.

Recently, McConaughey wrapped on the stoner comedy “The Beach Bum,” which costars other noted potheads Snoop Dogg, Zac Efron, and Jimmy Buffet. During filming, McConaughey confessed to smoking real doobies — not the fake ones typically used on set. If the choice is between working and smoking, McConaughey will do both if the option is available.

Hollywood’s sweetheart Jennifer Lawrence one of the celeb stoners goes out of her way to assure her fans that she really, really is just like them — she even bakes a bit more frequently than she probably should. J-Law tells more stories about her weed experiences than we can fit in just one post; suffice it to say that this totally relatable star lights up before and after most award shows, interviews, and celebrity events.

In fact, J-Law has partaken in nearly all forms of cannabis, from joints to concentrates. However, one particularly memorable tale involves Lawrence, her brother, and a bong just before an Academy Awards show. Lawrence has been nominated for an Oscar four times, so there is a good chance that she was high for at least one major red-carpet moment. 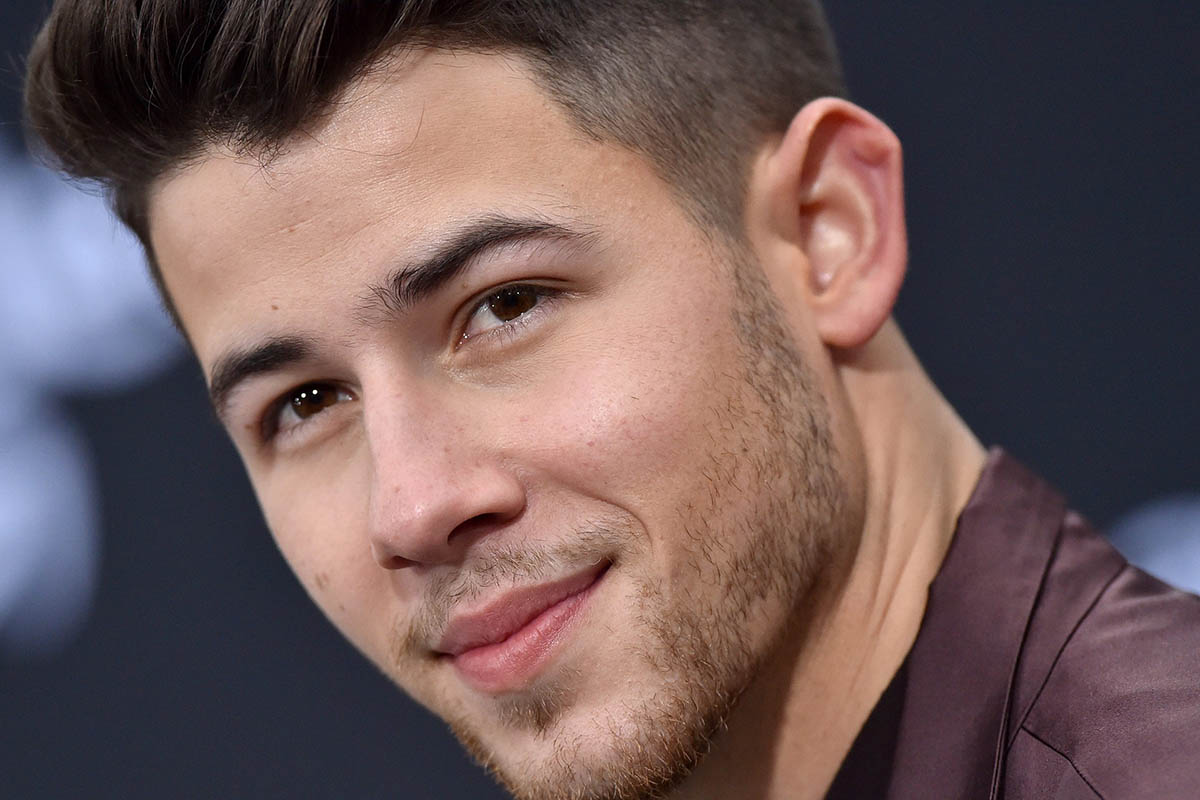 Once, it was hard to imagine the wholesome Disney boy band having anything to do with illicit drug use, but these days, the Jonas Brothers have developed a rock-and-roll edge. The youngest of the brethren, Nick, has more than a few yarns about his experiences with weed, including that his first time was with fellow Disney alum Miley Cyrus and that he smokes while writing music with his brothers.

Like other young celebs, the youngest Jonas doesn’t seem particularly discriminating with his cannabis methods — but he does have an unfortunate experience with edibles that turned him off from this form. Unlike inhaling, which gives cannabinoids near-direct access to the bloodstream, eating CBD and THC products creates a potentially hours-long delay in when one feels high. Jonas naively enjoyed a “special” lollipop the night before the Young Hollywood Awards, only to discover that he would be disastrously high for nearly the entire day and night of the award show — a snafu he isn’t likely to repeat. 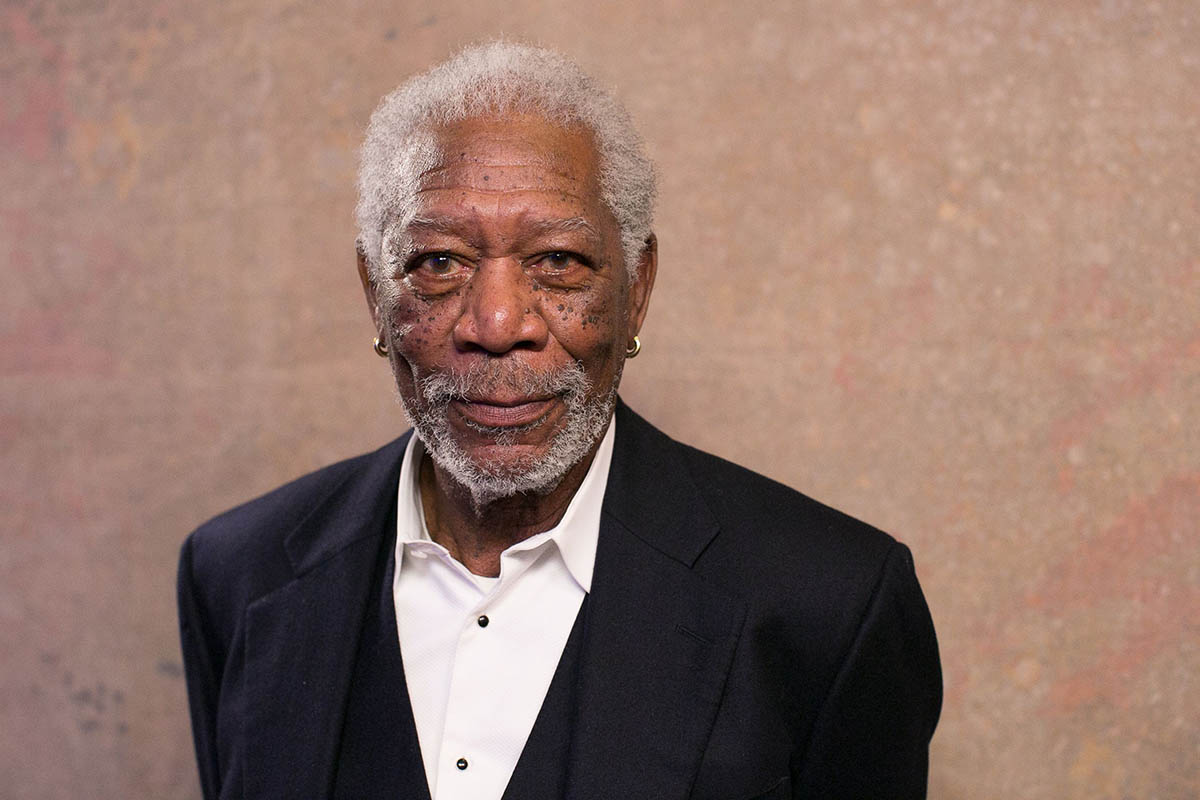 The man with the most soothing voice in Hollywood probably developed that relaxing timbre after a lifetime of devotion to the good kush. Morgan Freeman has been an outspoken advocate for marijuana legalization since 2003; more recently, Freeman has discussed how marijuana has helped him manage severe fibromyalgia pain in his arm. Freeman attests that he uses weed in all its forms, saying, “I’ll eat it, drink it, smoke it, snort it!”

When using marijuana for medical purposes, it is important to choose a brand of cannabis products that are devoted to quality and medicinal effects. Though Freeman doesn’t reveal his preferred producer, it’s safe to say that it is a brand like Trulieve, which is committed to quality protects with the highest healing potential. 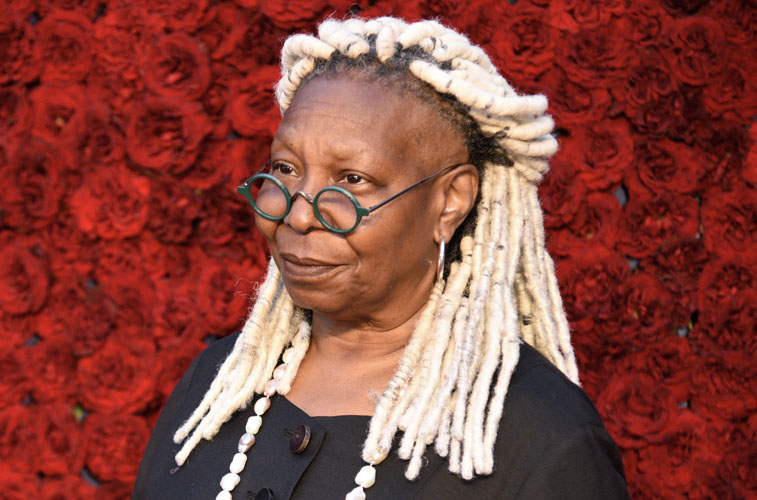 Whoopi Goldberg is an entrenched Hollywood icon, but like Morgan Freeman, she’s getting up in years and beginning to suffer for it. Goldberg is a known sufferer of glaucoma, a disease where pressure builds inside the eye, causing pain and damage to the optic nerve. About five years ago, Goldberg discovered marijuana vape pens — and she immediately fell in love.

Goldberg named her pen “Sippy” because she can take small sips of the drug to manage her pain but avoid day-ruining highs. Since her discovery of medicinal cannabis, she has launched her own line of THC and CBD products, called Whoopi & Maya, specifically targeting menstrual discomfort. Though the brand doesn’t offer vape products, it does contain edibles (like THC cacao bars), and bath soaks. 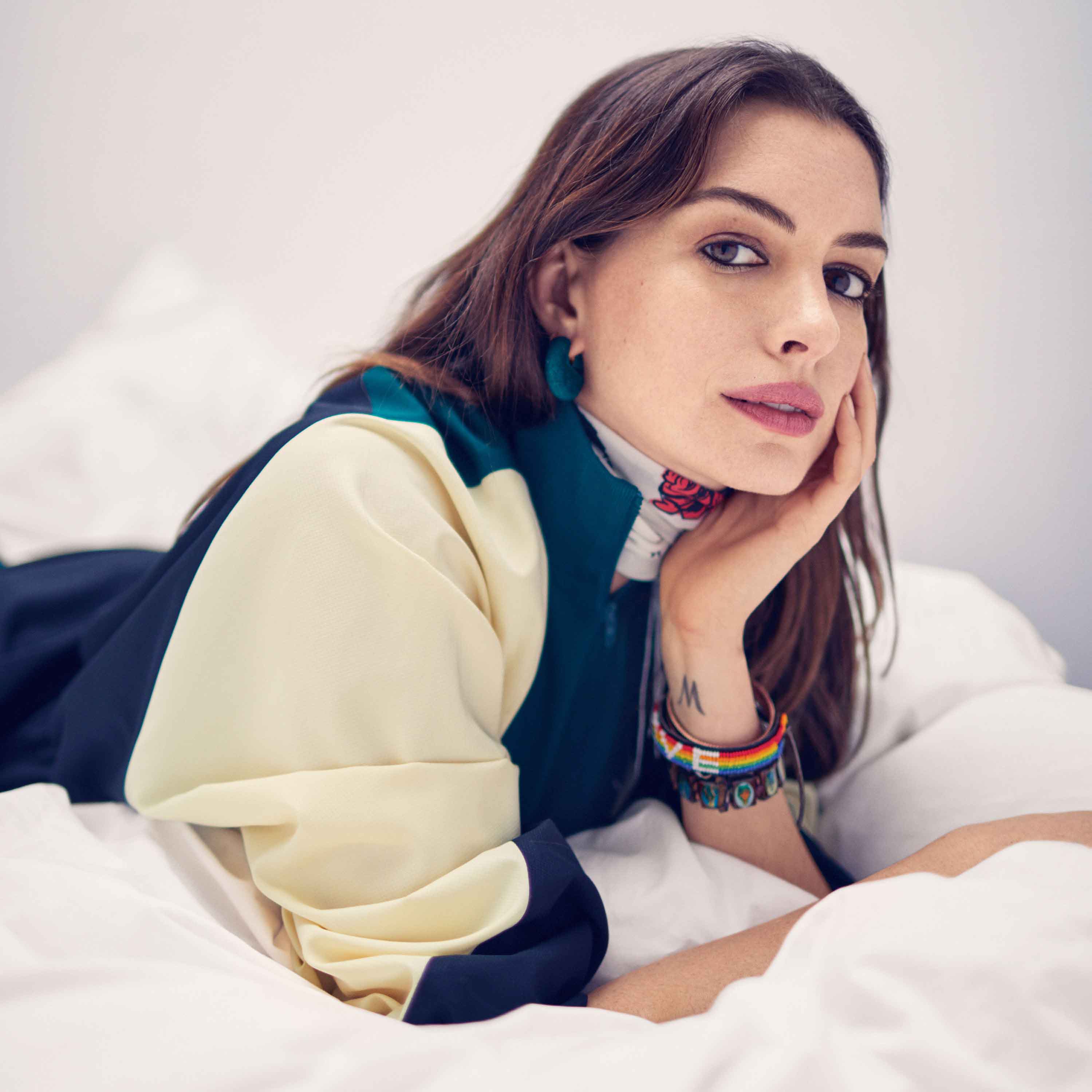 Representing all that is good and right in Hollywood, Anne Hathaway always presents herself with style and grace — but behind the scenes, she does dope like the rest of us.

Though Hathaway isn’t exactly forthcoming about her marijuana use, when asked by Andy Cohen to rate herself as a stoner, she smirked: “I’m not a little one.” Because she’s so secretive, Hathaway hasn’t divulged how she likes to partake, but undoubtedly it is with extreme amounts of elegance and beauty.

There are so many other stoner celebs out there — and many of them you would never expect. It just goes to show that you can’t always judge a book by its cover, or a celebrity by their public image.

Life Hacks to Live By
Finding Your Calling in Life: A Guide to Starting a New Career
May 23, 2022
How to Wisely Purchase a Second-Hand Bike?
October 27, 2021
How To Remain Fit While Needing A Mobility Scooter
May 15, 2020
Ads
Stay Connected
Where to buy medications ? How to cure impotence with pills? You can buy sildenafil australia online easily. For Thai customers look at priligy thailand online. In Singapore find viagra singapore for sale.