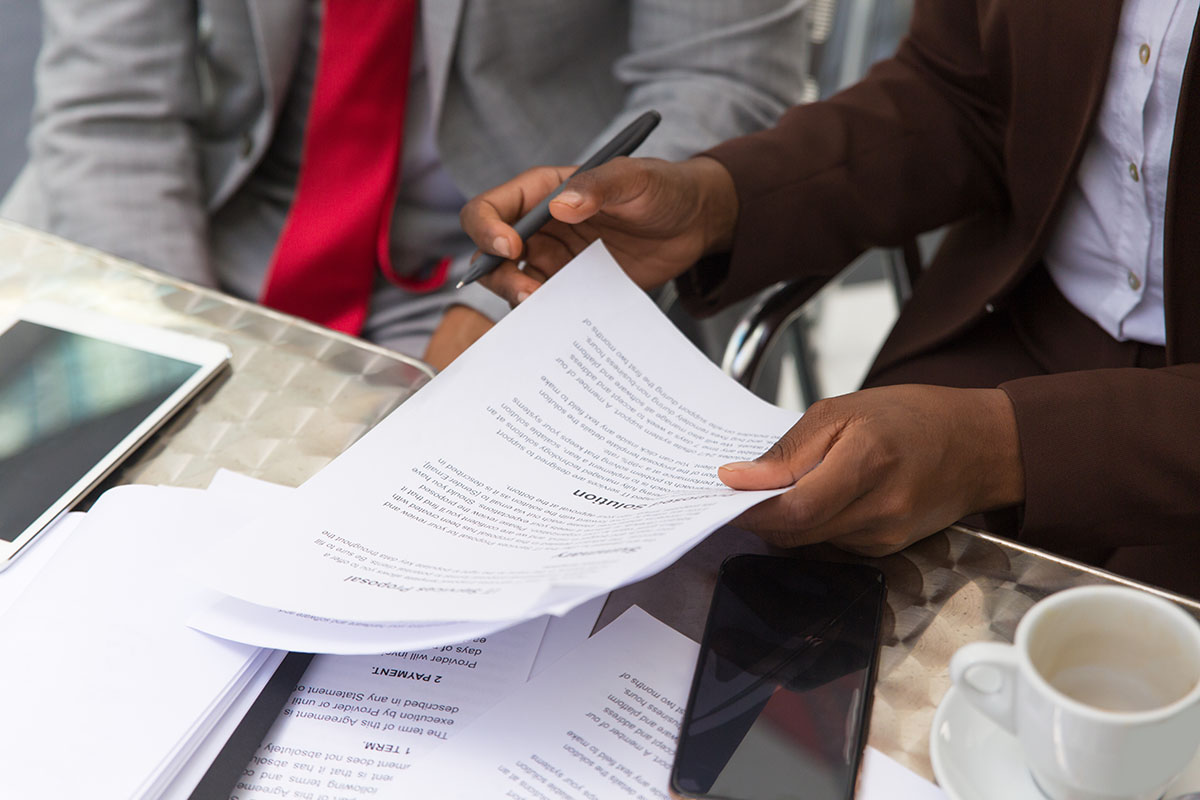 Why Do So Many American Business People Wind Up In Legal Trouble?

Legal Trouble. America is supposed to be the land of the free. But when you take a closer look at its jail population, you quickly see a different side of the country.

More than two million people are incarcerated. That’s a higher rate than just about anywhere else in the world, with the possible exception of China.

But it isn’t just people guilty of violent crime or drug dealing who wind up in legal trouble. It is also people who are just trying to run their businesses.

We live in what has been described as a “zealously litigious society” where everyone is trying to sue everyone else. It is a part of the culture, but seldom something that you see overseas.

America is a great place to do business, but it is also a dangerous one from a legal perspective. You have to cover your back at all times.

American businesspeople face all kinds of legal threats as they try to establish their firms.

Here are some of the issues that could lead them to a court appearance and what you can learn from their experiences. 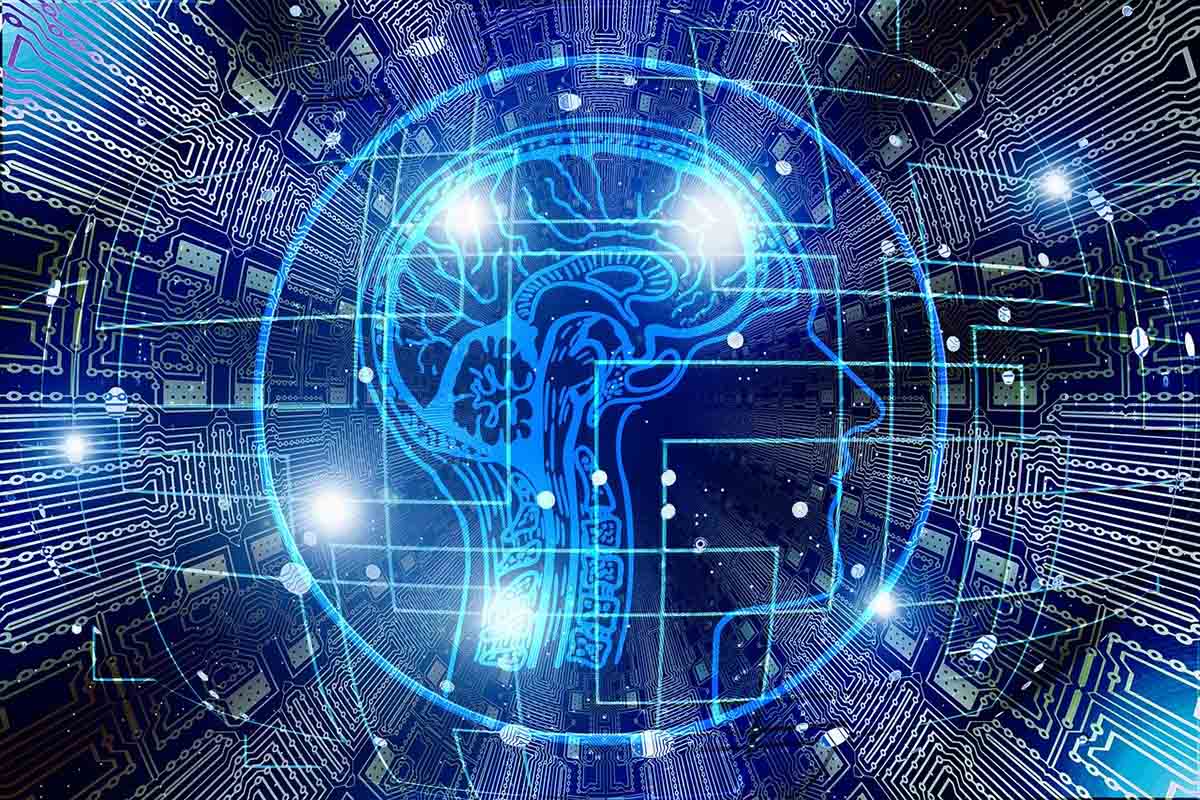 For modern firms, data breaches are a double whammy.

Not only do you lose something incredibly valuable after an intrusion, but you also put yourself at risk of litigation, sometimes from customers, and sometimes from the authorities.

Hackers target company data assets for all kinds of reasons.

The main tactic right now is to find a way to hold the data “hostage” and then force you to pay a ransom to get it back.

But criminals will also do other things, like sell it on to third-parties or just delete it to sabotage your company.

Dozens of firms have fallen victim to this sort of attack over the last decade. And there seems to be no way to push back against the rising tide of security failures.

The current strategy to fight back, therefore, is to backup data and follow all official data security guidance from the government.

This approach at least provides some legal protection for companies and helps them fight their case against the authorities.

Remember, governments are using this data protection campaign as a way to extract money from corporations.

They’ll take whatever opportunities you throw their way.

But the same cannot be said of embezzlement. Almost always, that is deliberate.

Embezzlement is essentially where company executives and finance managers find ways to skim off cash from the company accounts without anyone noticing.

It can take several forms, and it almost always means that shareholders and other employees lose out.

Embezzlement is a serious crime and can result in jail time.

Raleigh Bail Bonds, LLC frequently deals with cases such as these.

The authorities widely regard their response to this type of crime as investor protection.

Their goal is to protect the actual owners of the firm against theft by management.

It is a fundamental constituent of the American system and what keeps the wheels of commerce moving. 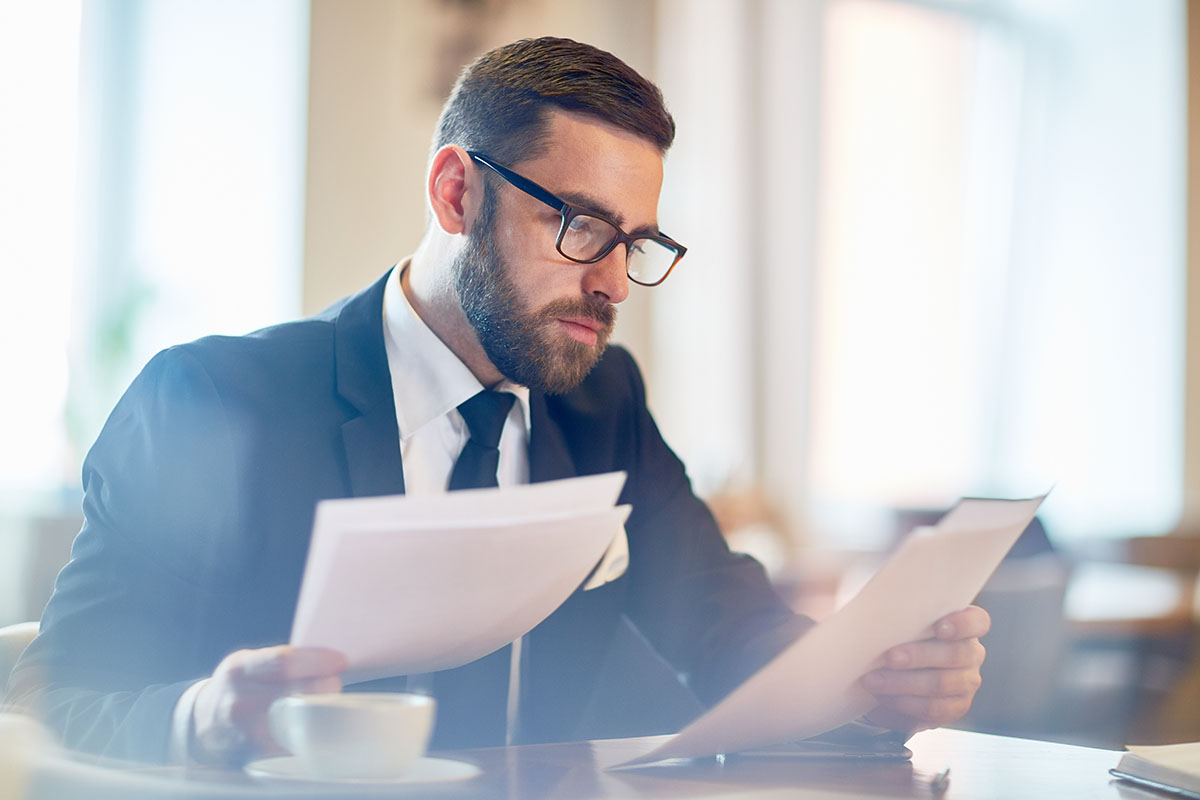 Like it or not, we live in a society that is preoccupied with personal protected characteristics: race, gender, religion, sexual orientation – you know the list.

Employers, therefore, have to be especially careful with their HR practices. Get it wrong, and they can face allegations of discrimination that cost them money and hurt their brand.

Top of your list of priorities should be to avoid a situation where you do not hire people from ethnic minority backgrounds.

Where possible, choose candidates solely on their capacity to do the work. You should, in theory, end up with a smattering of people from different backgrounds and cultures by default.

The next thing is to ensure that you follow your disciplinary procedures to the letter.

From time to time, employees will step out of line.

If an employee with a protected characteristic starts misbehaving, then your task is to ensure that you do everything by the book.

There should be no opportunity for the person you want to dismiss or discipline to shout racism or sexism.

Remember, a lot of employees will hire legal professionals as a matter of procedure in this scenario.

And one of the first things that they will do is look for opportunities to claim that you have somehow discriminated against their client.

Your task is to ensure that you treat all employees in precisely the same way during a tribunal.

People slip and fall all the time, and hurt themselves. Where possible, customers and colleagues will launch legal action against firms to earn compensation.

Companies, therefore, have to be ever-vigilant.

Slips and falls can happen for all kinds of reasons. In the winter, somebody could slip on the ice outside your front door.

Trips and falls also occur when people fall over items left in walkways. And in most cases, the victims win their cases.

Even if they lose, however, you could still be on the hook. While you might not have to pay compensation, you may have to pick up other legal bills.

And the issue can distract you from your day to day operations, which is rarely a good thing.

Most sensible companies, therefore, adopt a range of policies that help them avoid incidents such as these.

It should be company policy to deal with hazards as soon as anyone notices them. Everyone in the organization must have a duty to contain spills the moment that they occur.

Supermarkets, for instance, instruct colleagues to physically stand next to a spill they make and guide customers around it until the cleaning team arrives. 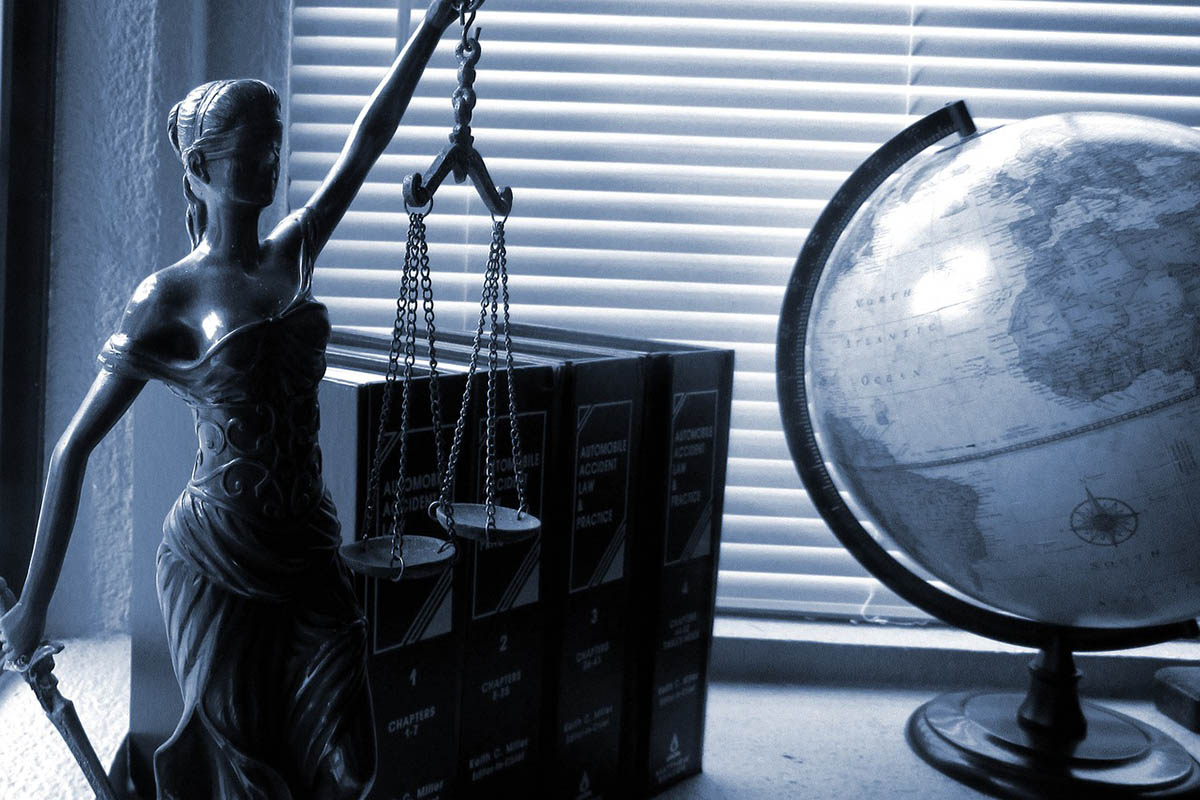 Thanks to regulations, it is more expensive than ever before to take on official company employees.

Many firms, therefore, are looking for alternative ways to get the labor they need. Many are outsourcing non-essential tasks. Others are using freelancers.

Some, however, have no choice other than to use contractors. And it is causing many to wind up in legal trouble.

Most contractors are honest people, just looking to make a bit of money. But some actively seek to take advantage of the companies for which they do work.

A contract is often no defense in situations like these. Contractors can decide only to provide part of the work you paid them to do. Or, in the worst-case scenario, none at all. You then have a choice.

You either sack them and try somebody else, or you pursue them for the money through the courts. Both are expensive, and neither is ideal.

Contracts are supposed to be an enforcement mechanism, but if a contractor is a crook, they will have already made up their mind to breach it.

A contract isn’t worth the paper it is written on unless both parties act in good faith. And often, they don’t.

Finally,  intellectual property disputes can cause companies to wind up in legal trouble.

Trademarks, proprietary technologies, and branding are all very valuable in the business world.

Firms with competitive advantage are often those that have some kind of specialist knowledge lacking elsewhere in the market.

When another firm accidentally uses them, it can result in serious legal ramifications.

The use of the word “accidental” is deliberate here.

That’s because most firms are baffled to discover that somebody has already patented their ideas, even if they have no intention whatsoever of actually building a product based on the design.

So-called “patent trolling” is an activity where market participants apply for patents with the hope of later suing companies that breach their IP.

So it is not about creating the product and selling it for a profit. Instead, it is about looking for victims who inadvertently breach it and taking them to court.

A lot of companies, therefore, now use trademark and IP lawyers before offering anything up for sale on the market.

They need to be sure their designs and logos don’t infringe on the intellectual property of anyone else, which can be a challenge.

Patent lawyers can be expensive, but ultimately, they’re worth it. You pay a few hundred dollars today and can avoid having to pay out compensation. 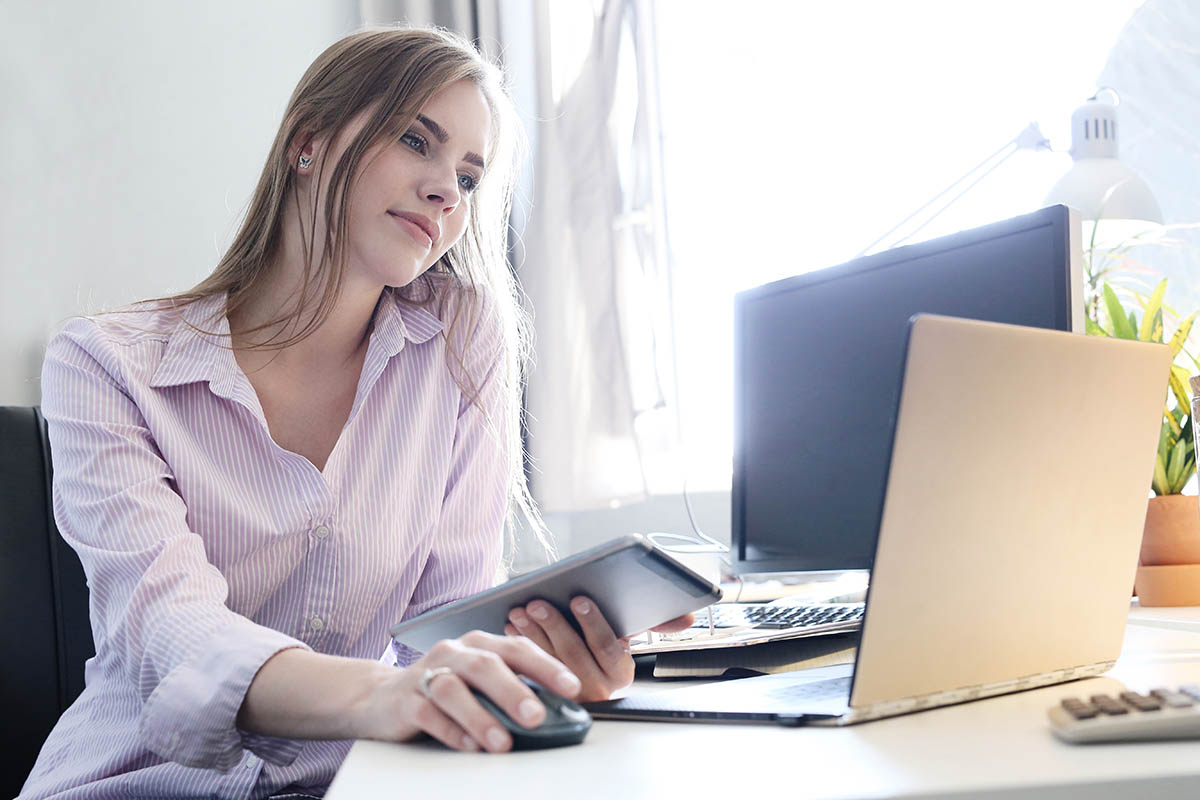 The authorities are cracking down on illegal immigration in a way we haven’t seen for decades. The administration is tightening the rules on who can come into the company and work.

Only licensed or permitted workers are allowed. Nobody else can come into the country and take a job.

If your enterprise, therefore, employs people without the correct documentation, you could find yourself in a lot of legal trouble fast.

Authorities may decide to carry out an immigration audit which they use to check the legal status of all your employees.

They’re very good at sniffing out counterfeit or falsified documents. And they can show up at a moment’s notice.

The legal risks facing American business owners are sweeping and across the board.

There are so many ways that they can get into legal trouble; it is a miracle that some never do.

Life Hacks to Live By
Four Amazing Benefits of Coconut Oil Toothpaste
August 04, 2022
Best USA Wholesale Distributors Baby Products
June 01, 2022
What is the Secret of the Robust Health of the Chinese?
July 11, 2017
Ads
Stay Connected
Where to buy medications ? How to cure impotence with pills? You can kamagra australia online easily. In Thailand see priligy thailand online. In Singapore best place is viagra singapore for sale.