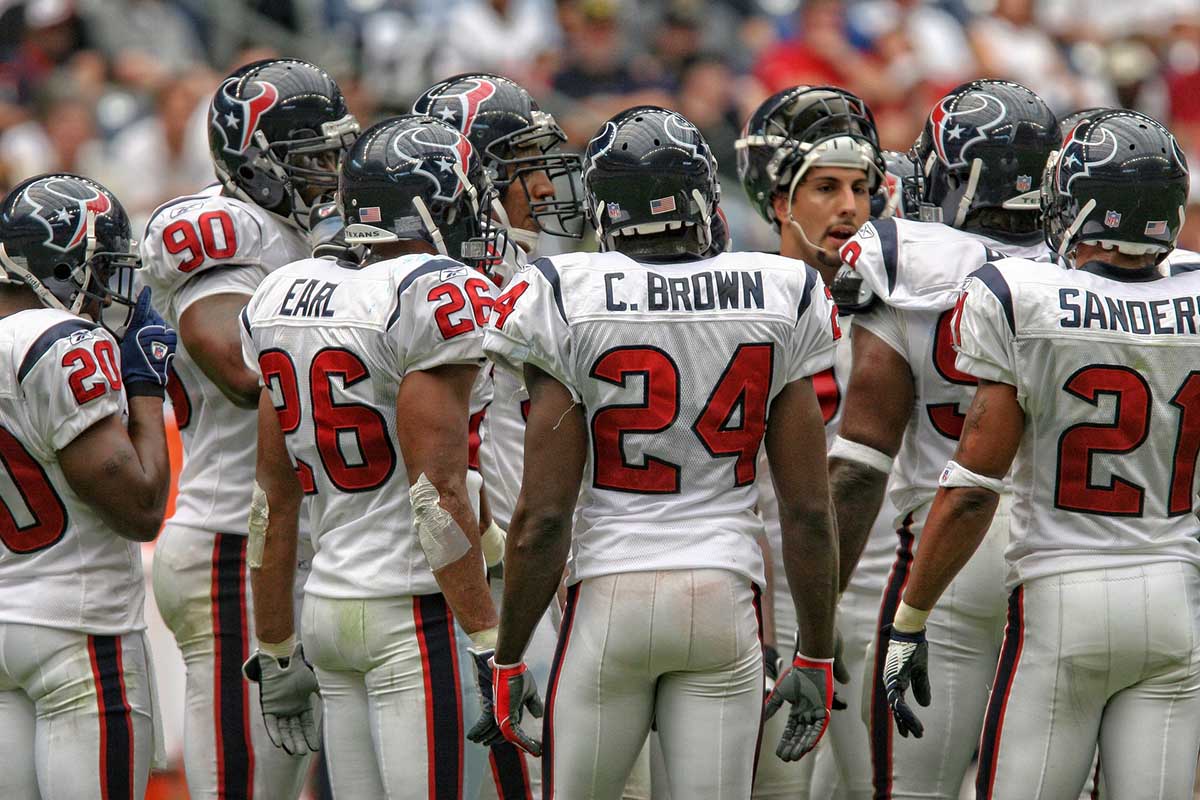 Books about American football: a list of the most important literary works of fiction and non-fiction that exist today about NFL players and those around them. Books about American football books all NFL fans should read. Sometimes it can be easy to get into a groove with sports. Watching the big game of your choice every weekend, allowing the drone of the commentary team to guide you through each play until the final hooter sounds, and you wait for the following weekend to come.

However, the real beauty of sport is often in detail. It is in the human stories and characters that exist beyond all the showboating and ultra-masculine posturing. To get to the very top in any field is a long and arduous affair, requiring the sort of dedication that only a chosen few can summon.

This small selection of books about American football is the perfect way to delve deeper into the lives and mindsets of NFL players and coaches. Reading any of those books will give you a whole new outlook on the people who make the NFL what it is today and help you with your sports education. 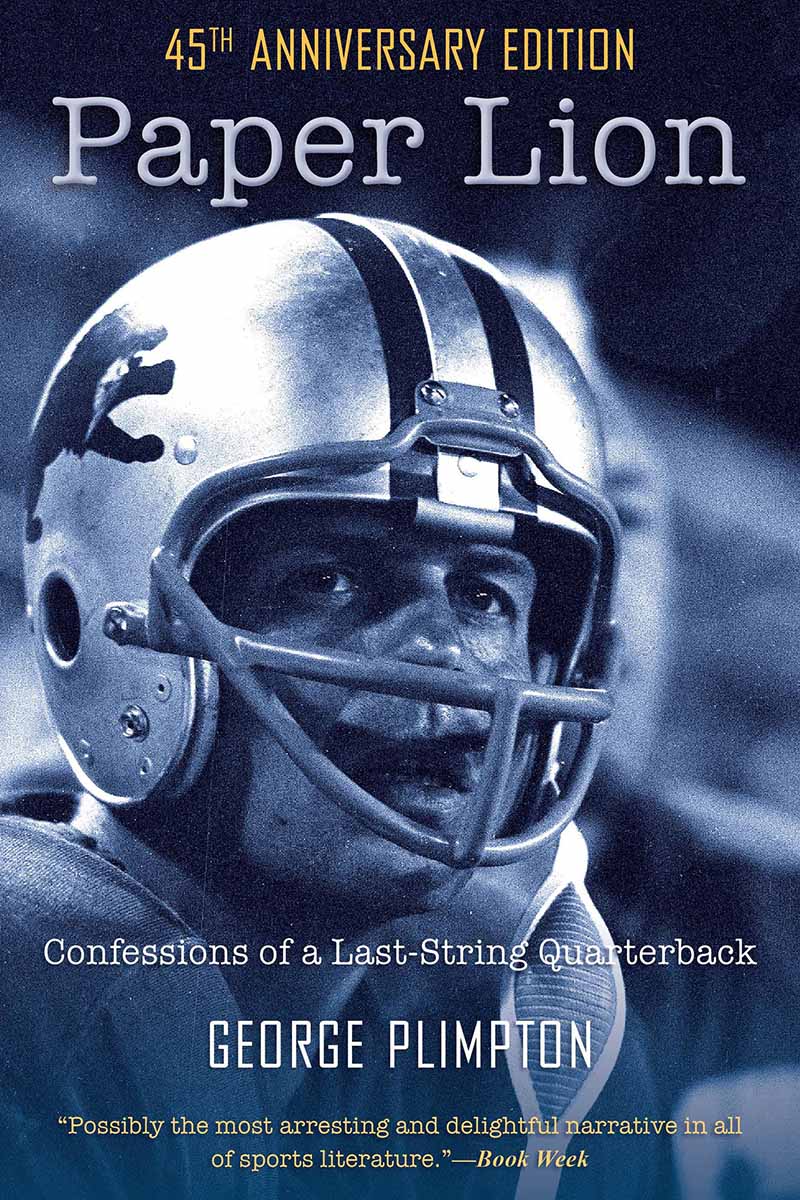 When George Plimpton wanted a story badly enough, he would do anything to get it, and often that meant the Harvard-educated journalist and author embedding himself among the subjects he wanted to cover. In Paper Lion, that was one of the American Football players, but not as a roving reporter or embedded team confidante. Preferring instead to don shoulder pads and helmet himself to get a genuine insider’s view of what it takes to defy the NFL odds makers.

Much like Hunter S. Thompson’s unique brand of “gonzo journalism,” Plimpton created his genre of the profession called “participatory journalism.” The book traces his story as he bids to survive in the cut and thrust world of American Football, as a rookie for the Detroit Lions, the squad of which had no clue he was an impostor.

Both insightful and hilarious, the book was first released in 1966 but is still undoubtedly at the top of any young NFL fan’s reading list. All these books will help you better understand what it takes to become an NFL pro.

Friday Night Lights: A Town, a Team, and a Dream 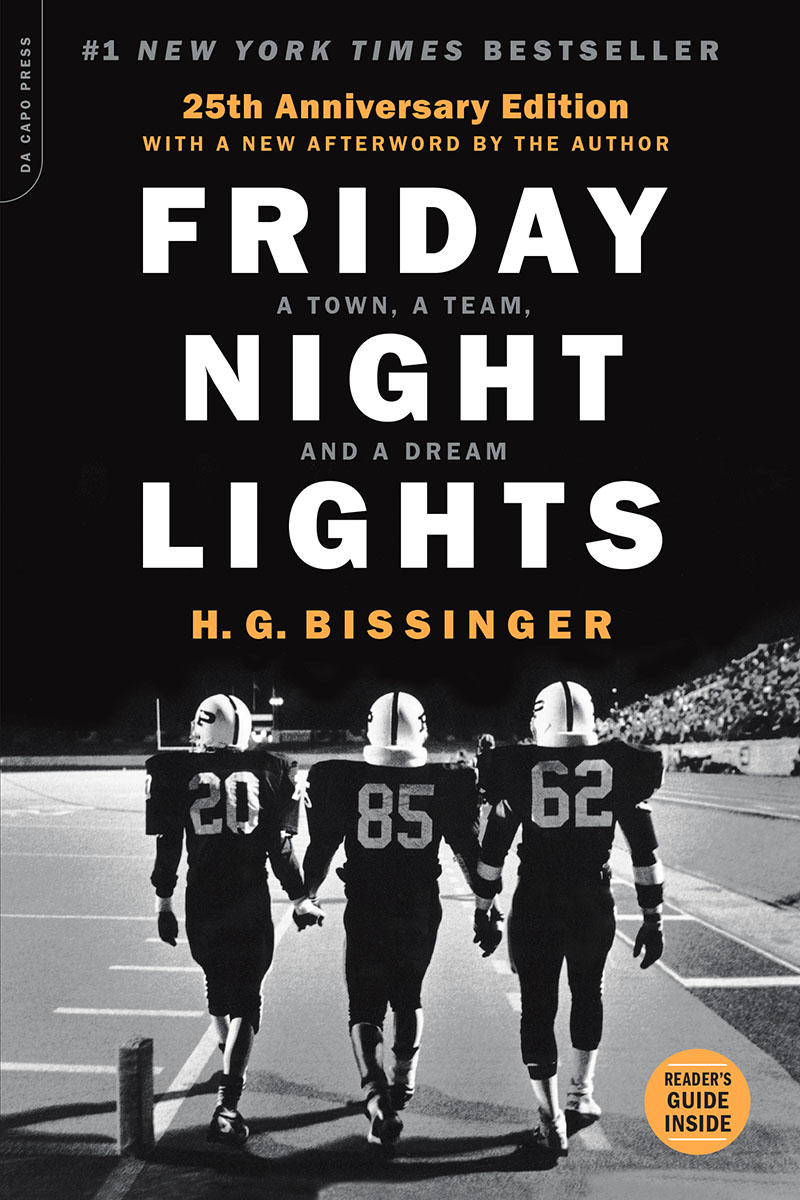 There are towns and communities for whom sport is not just an enjoyable pastime but a way of life, a game around which every hope and aspiration of a resident is pinned on their beloved local team. Such is the case with a small Texan town called Odessa, which is the subject of this book by H.G. Bissinger.

Throughout its pages, he weaves an almost surreal picture of a town so hellbent on its junior football team winning (with 20,000 people turning out to watch every weekend) that they had lost sight of other important aspects of their community’s development, allowing racial discrimination and falling education standards to undercut their team’s successes. This book is every bit about the flaws that exist in the American dream, as it is about a town obsessed with the gridiron. Which of these great books will you delve into next?

The Blind Side: Evolution of a Game 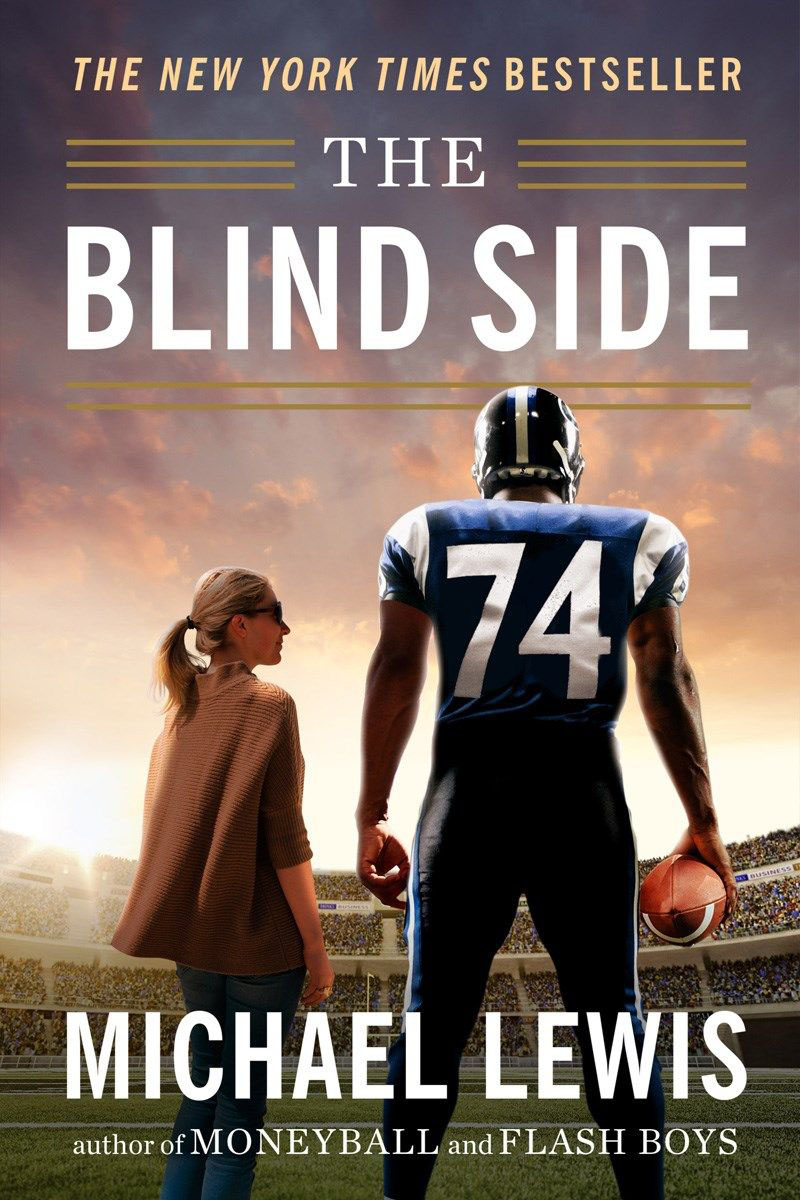 This book struck such a chord with the American public that it was made into a successful movie. It tells the tale of a down-and-out-the-black man who finds refuge with an affluent white family, who cares for him and allows him to find his true calling as an NFL offensive lineman, guarding his quarterback no matter what.

The book is slightly cringe-worthy and plays to some unhelpful stereotypes, such as black people only being able to find enlightenment with help from their superior white neighbors, but that aside, this is a moving story about how love can conquer all, especially if you mix in a dose of extraordinary natural athletic ability.

Belichick: The Making of the Greatest Football Coach of All Time 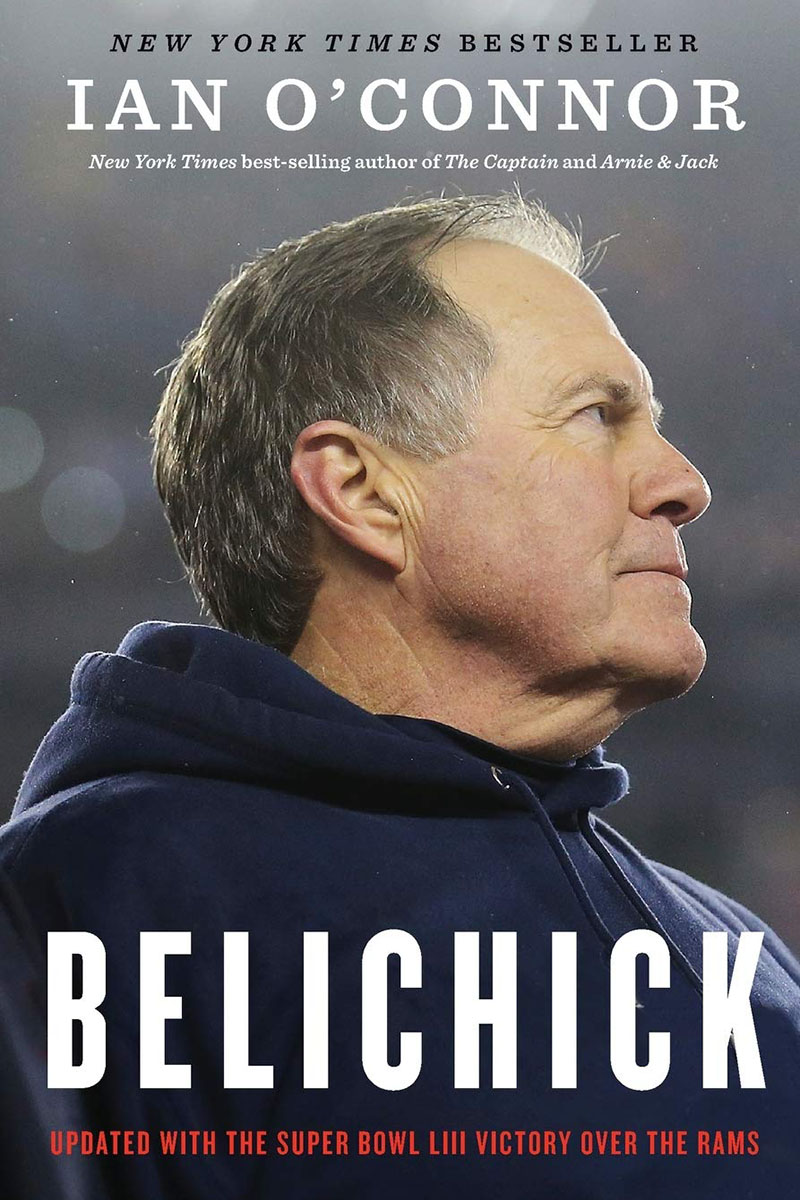 Autobiographies of sports personalities can often fall flat, giving up the barest amount of truth and insight possible to keep their publisher happy. Luckily for NFL fans, that could not be further from the case with this chronicling of the life and times of, as the title tells you, perhaps the greatest coach the NFL has ever seen.

The real juice begins to flow in the passages that cover his mystical relationship with Tom Brady and his confrontational exchanges with Patriots owner Robert Kraft. Any readers who have designs on becoming a coach owe it to themselves to pick this tome up at their local library or independent bookstore.

Slow Getting Up: A Story of NFL Survival from the Bottom of the Pile 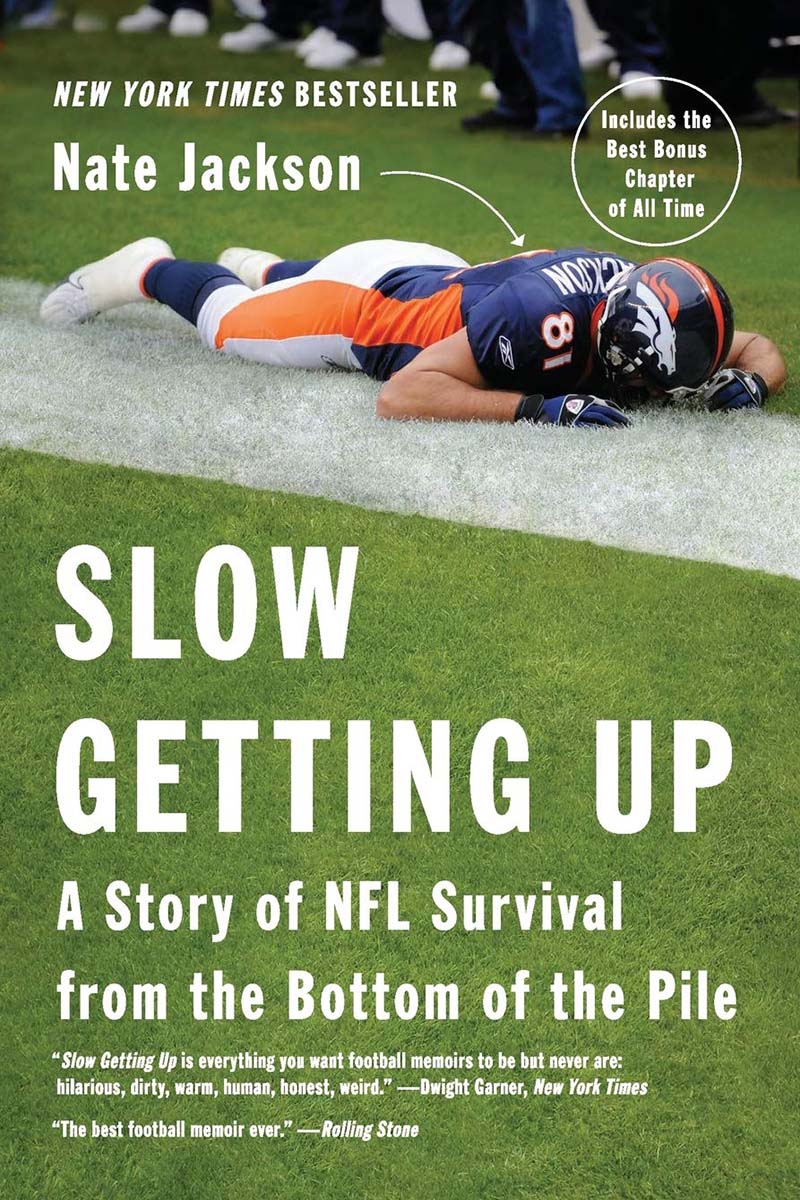 As the arguments rumble on about how safe it is to tackle people headfirst while wearing a flimsy helmet. This book penned by Nate Jackson lays the facts out on the table for all to see, showing that many young athletes are risking their health to reach their chosen sport’s upper echelons. It is a harrowing but necessary read for all NFL fans who enjoy a bone-crunching hit.

Life Hacks to Live By
How to Make Purified Water at Home
November 02, 2022
Why Finland is Leading the UK in Key Education Outcomes
July 07, 2022
Facing the Truth: 10 Clear Signs it's Time For Memory Care F...
November 13, 2018
Ads
Stay Connected
Where to buy medications ? How to cure impotence with pills? You can buy sildenafil australia online easily. For Thai customers look at priligy thailand online. In Singapore find viagra singapore for sale.