HomeTechTop Robot Manufacturers and their Most Groundbreaking Inventions

Top Robot Manufacturers and their Most Groundbreaking Inventions 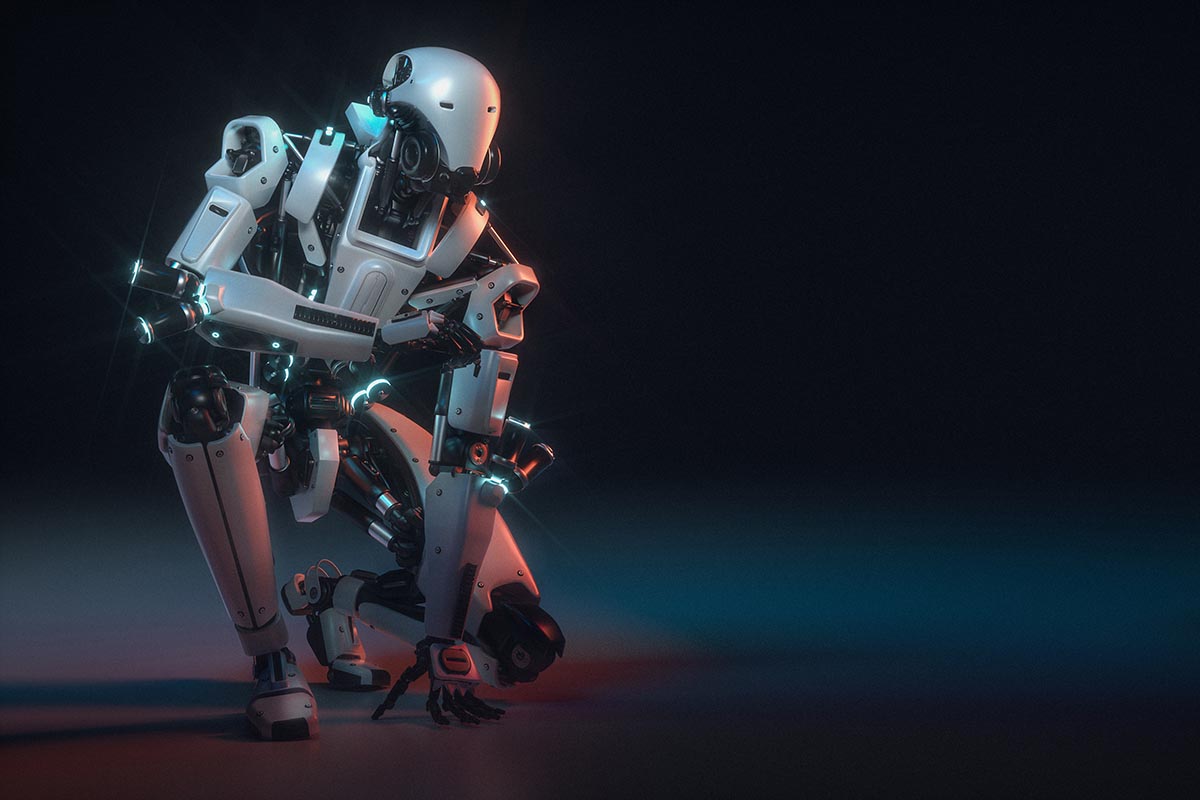 Top Robot Manufacturers and their Most Groundbreaking Inventions

The age of robotics has arrived, and there is a race to gain the upper hand. There are established robot makers worldwide whose hold on the monopoly is quickly crumbling away thanks to a resurgence of new players. This has not only brought down the prices of these robots, but the competition has elevated their quality.

Some of the top robot manufacturers and groundbreaking inventions from various places in the world include the following.

EVS Tech is an industrial robot manufacturer based in China specializing in the creation of various robots designed for industrial tasks like palletizing, handling, picking and placing, and many others. A major welding robotics player, their robots are in high demand across the manufacturing industry within China and beyond.

Their standout creation is the industrial robotic arm, considered by many to be one of the most advanced in the market, heavily used in cars and electronic manufacturing.

Sony has a diversified portfolio that includes gaming, electronics like TVs, and smartphones. It is a brand that is well known across the globe. Another area where the company has excelled is in robotics. Sony has been involved in the creation of robots for almost three decades now.

Their most iconic creation is the AIBO, a robotic dog that combines a mechanized pet and a toy. AIBO has been augmented with AI and has the ability to behave almost realistically to the point it can recognize an owner’s voice. 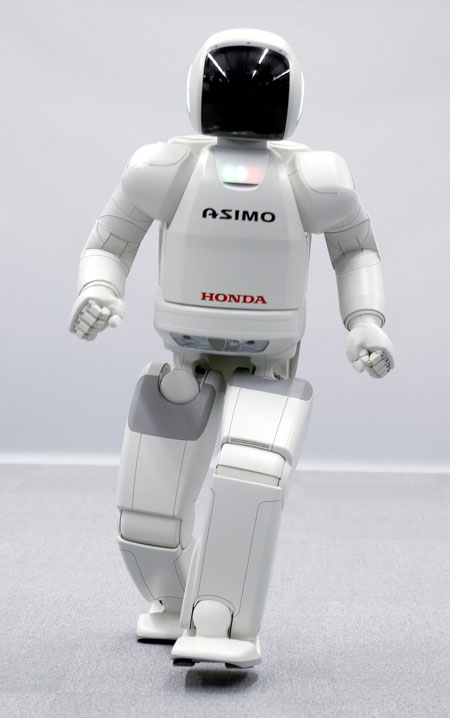 Honda is another well-known brand associated with motorbikes. The company also dabbles in robotics. Since it was established, the company is always looking to evolve its business to adapt to the prevailing times. It was, therefore, no surprise that they dove into robotics the moment it started picking up.

Asimo, one of the most advanced humanoid robots, is Honda’s most valuable creation so far. It is so advanced that it possesses the ability to learn new things on its own. The robot was introduced in 2000, and it has been improving ever since. 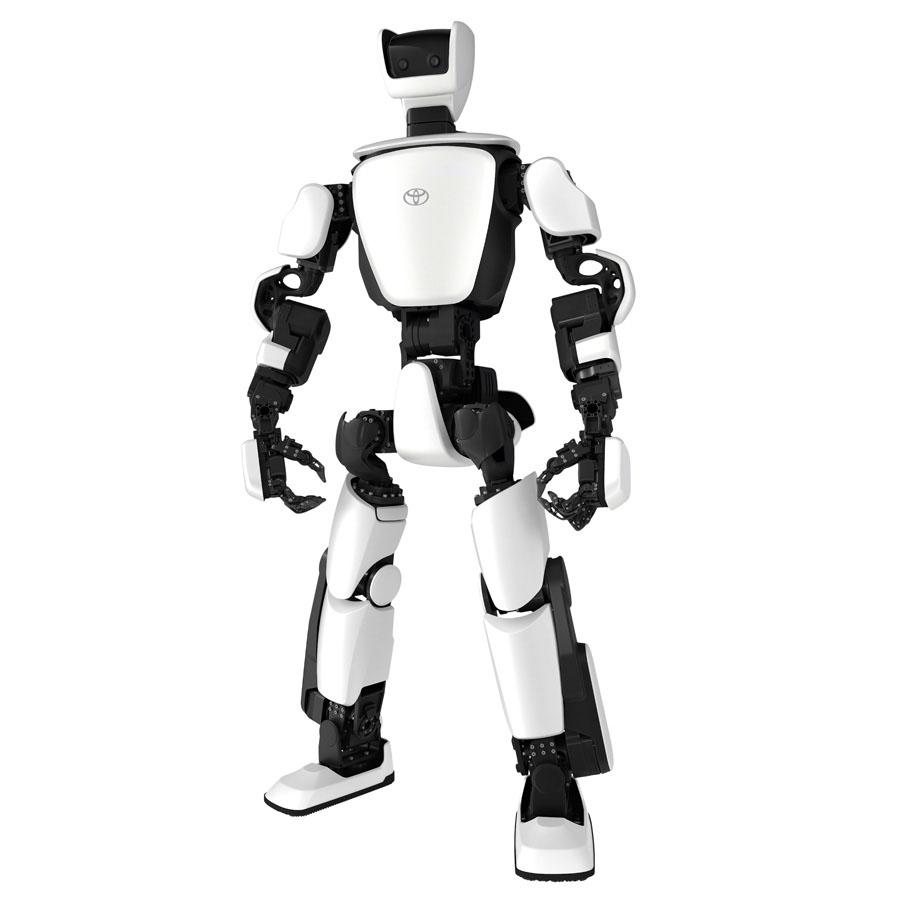 Toyota is a Japanese company considered to be the biggest carmaker in the world. It has a vibrant history dating back to 1937 after Kiichiro Toyoda founded it. Like most other carmakers in Japan, Toyota branched out, making robots with varying success. The company’s main reason turned to robotics was to find an automated solution for its growing automotive industry.

Their best-known robot is the THR-3, a multi-task robot that has the ability to learn, clean, handle construction, and work in the caregiving sector. 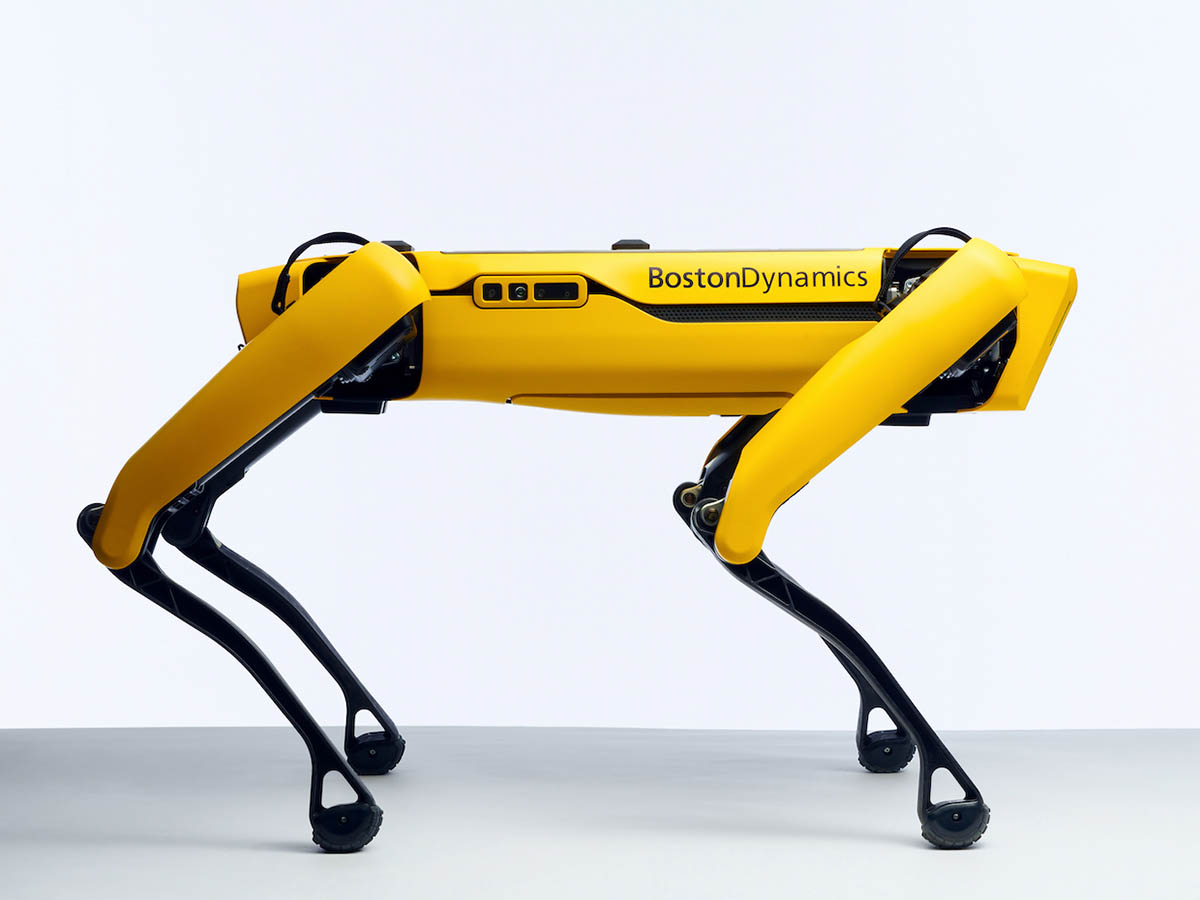 Boston Dynamics is an American maker that has grabbed headlines in the last three years with its ingenious inventions geared towards the manufacturing industry and military applications. They have the most sophisticated designs that use cutting-edge electronics in combination with the latest technologies around. One thing that has made Boston Dynamics a success is its continued investment in research and the acquisition of the best scientist America offers.

Spot, the company’s best creation, is, without doubt, the most famous robot on earth right now. Shaped like a dog, the machine is not a pet or a toy but a serious machine that can handle severe tasks. It has the most autonomous sensing unit of any robot ever made. 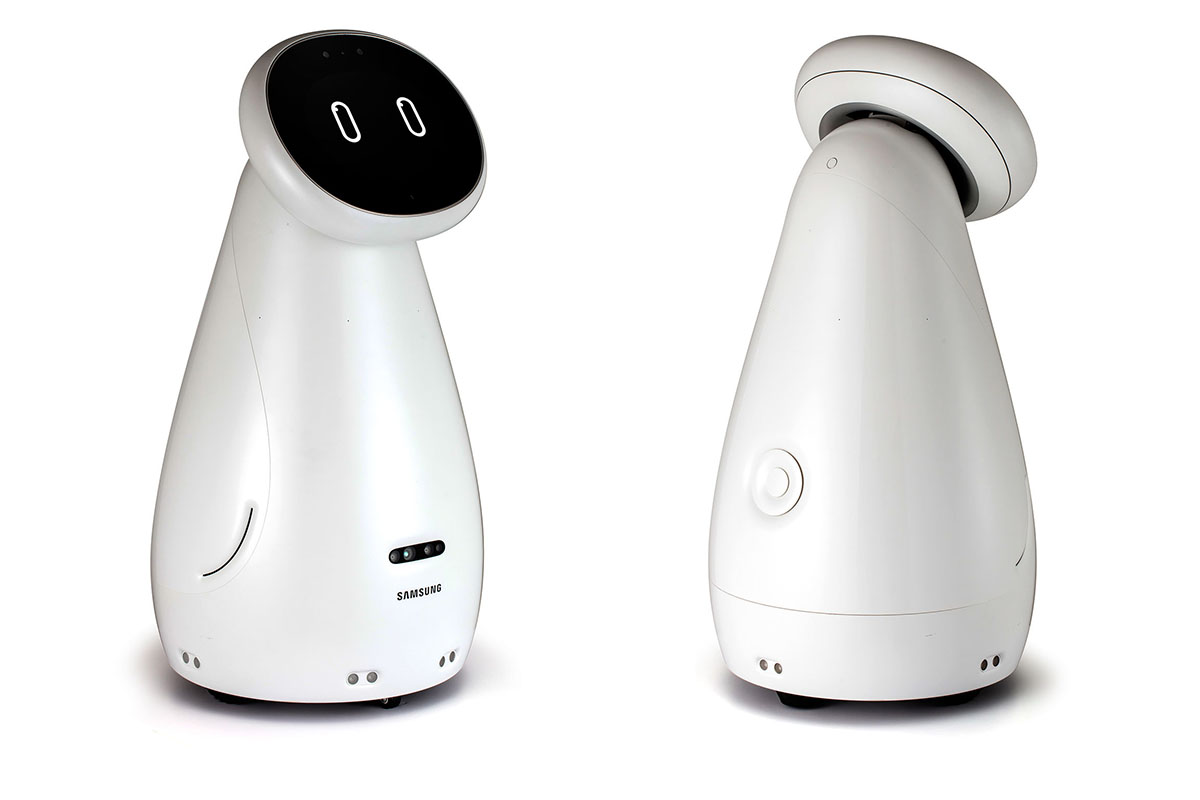 On top of being the world’s leading maker of smartphones and TVs, Samsung is also a big player in the robotics industry and has been for many years. Most of Samsung’s robots are small, designed to handle small tasks around the house. There is a lot of AI integration into their products, which has increased their stock in the robot world.

Samsung’s best-known robot is called Bot Retail, a robot created to be used in the retail sector. It can navigate people and shelves in a busy environment to assist buyers in finding items. The robot can also receive payments of all forms with accuracy. 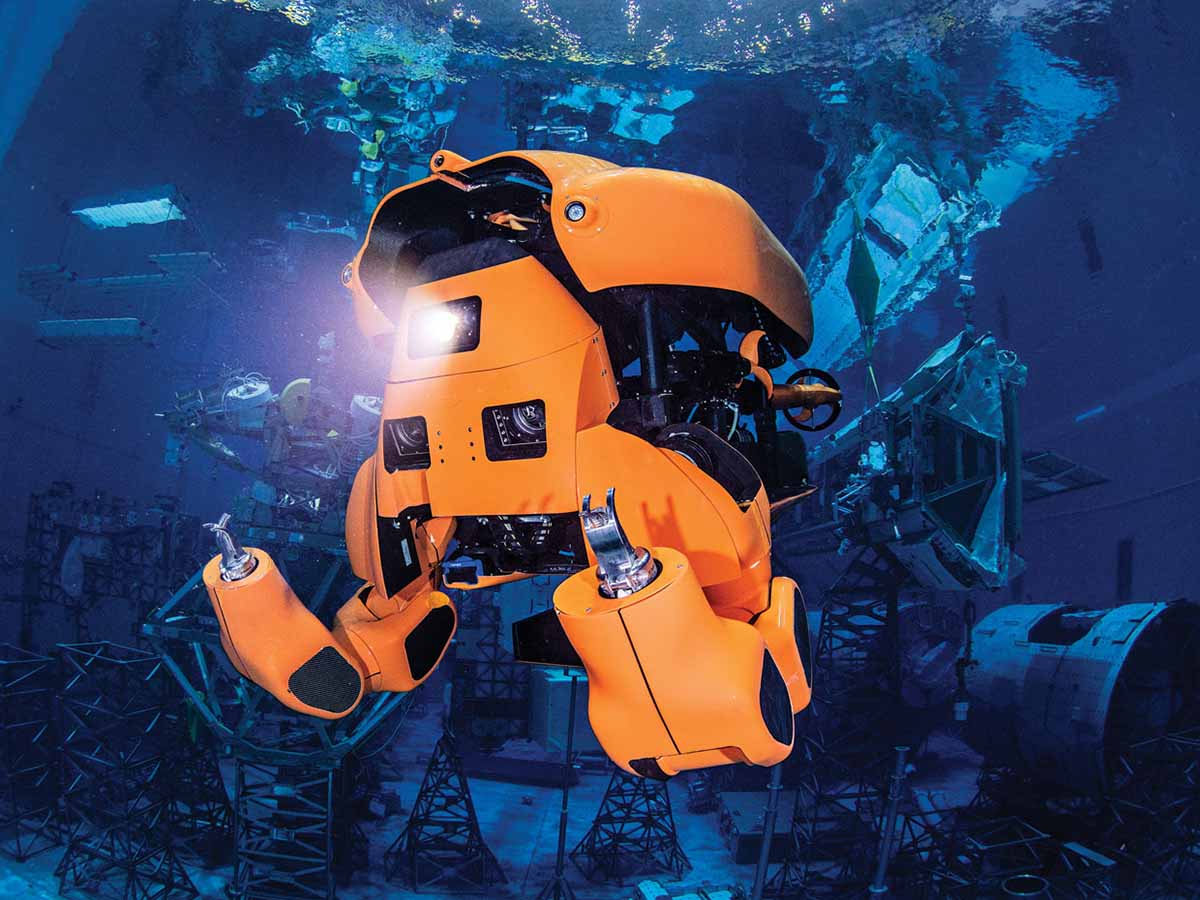 Located in Texas, Houston Mechatronics is mainly focused on creating aquatic robots for the department of defense and marine-based companies. They are the company behind creating robots used to explore deep seas where humans have trouble reaching. Their robots have played a crucial role in highlighting what goes on under the blue waters of oceans and seas worldwide.

Aquanaut is the company’s best robot that has the ability to reconfigure and transform itself into various shapes. It is a submersible vehicle that can switch into a humanoid that can operate in some of the planet’s harshest environments.

Robotics is the new frontier, and every area of human life and interactions is switching to that technology. There is growing fear among many people regarding the future rise of the machines, but so far, that has not yet been substantiated. However, it is only a matter of time before robots take over every work done by humans.

Life Hacks to Live By
4 Amazing Tips to Transform Your Patio into a Relaxing Space
July 16, 2022
Inspiration and Home Updates
March 09, 2021
How Movement During Training Could Help Facilitate Learning
January 21, 2020
Ads
Stay Connected
Where to buy medications ? How to cure impotence with pills? You can buy sildenafil australia online easily. For Thai customers look at priligy thailand online. In Singapore find viagra singapore for sale.