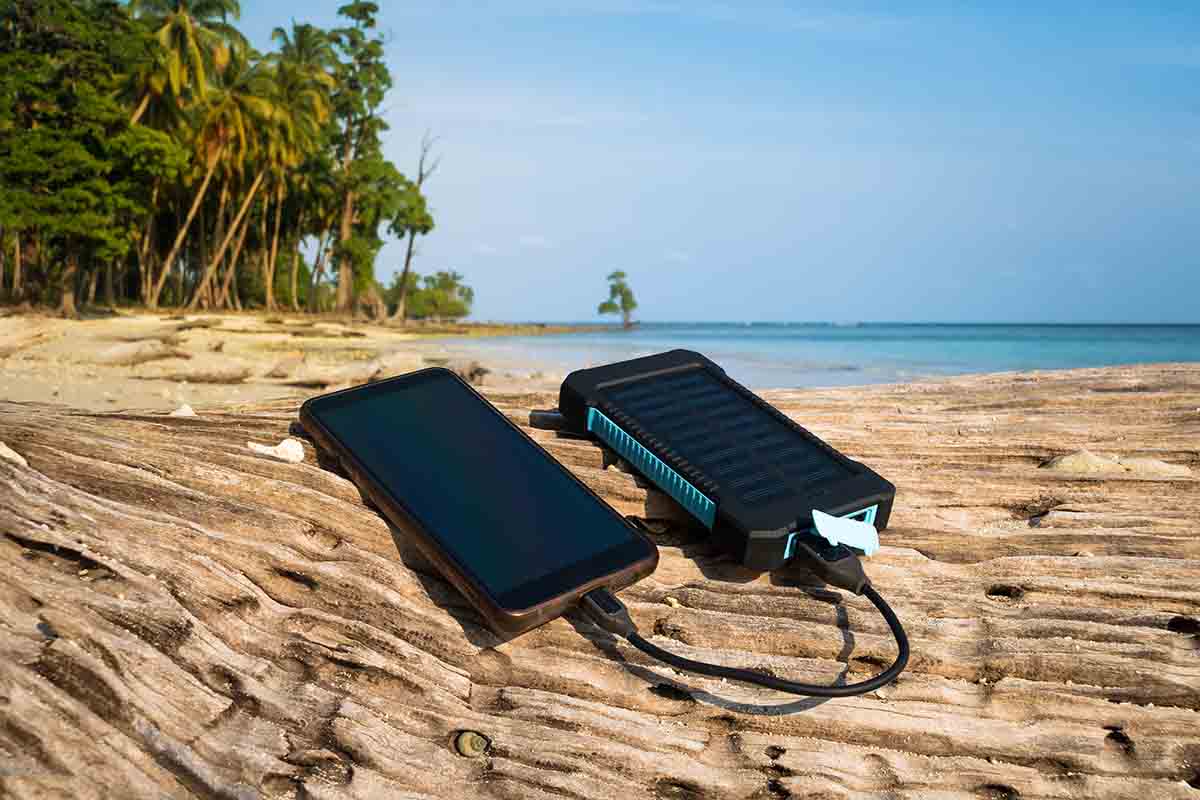 Dealing with a low battery phone on a long trip or during an outage can be a disappointing experience, especially when you need to make an emergency call. If you fall into such a situation, a solar power charger will be a good solution.

Generally, a solar power charger gathers energy from the sun and turns it into electricity. The generated power helps to charge your phone. As the sun is an inexhaustible, renewable energy source, this charger is completely eco-friendly and safe to use.

If you are willing to know whether solar phone chargers really work or not, then keep reading this article; you will find the relevant answer here.

What Is a Solar Phone Charger and How Does it Work?

A solar phone charger is a compact device that uses a solar panel to generate power. This portable device doesn’t require any external power source to operate. Basically, this charger receives the sun’s rays through its solar panel and converts them into electricity.

When the protons from the sunlight fall on the solar panel, they are exploited by the photovoltaic cell. That happens because solar cells are made by semiconducting elements such as silicon. Later the absorbed photons are converted to electrons that flow on the semiconductor. These free electrons generate electricity that helps to charge your cell phone. 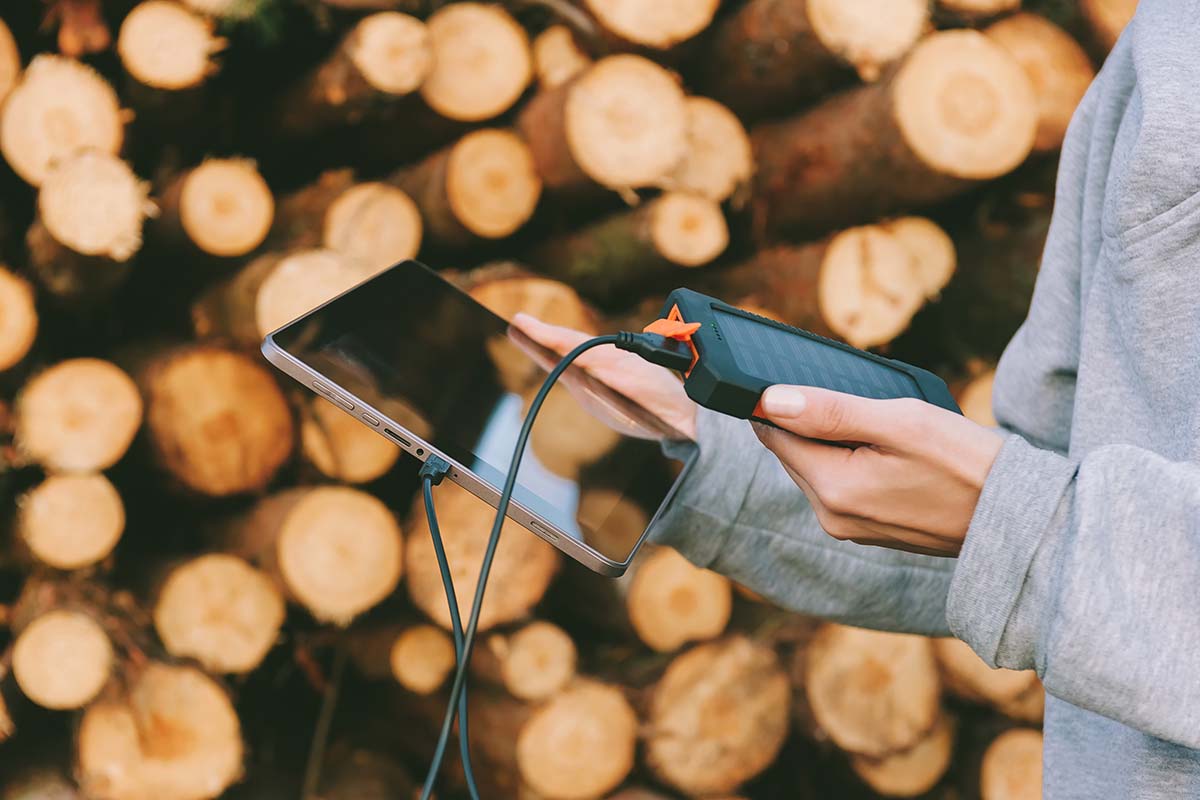 In short, yes, solar phone chargers do work. Solar technology the charger uses is definitely viable for charging your mobile devices. As the charger’s function completely depends on the sun, you can charge your phone anytime. This charger not only powers your phone; it also charges other small electronic devices like handheld GPS, lanterns, and flashlights.

Which Panel Is Good for Solar Powered Phone Charger

Solar phone chargers use three different types of solar panels: CIGS, polycrystalline and monocrystalline panels. CIGS panels are the most flexible and made of a thin film of indium, selenide, gallium, and copper. Although these panels are lightweight and cheap, their efficiency is low.

Do I Need Direct Sunlight to Use a Solar Powered Phone Charger?

What Features Should You Look for in a Solar Phone Charger? 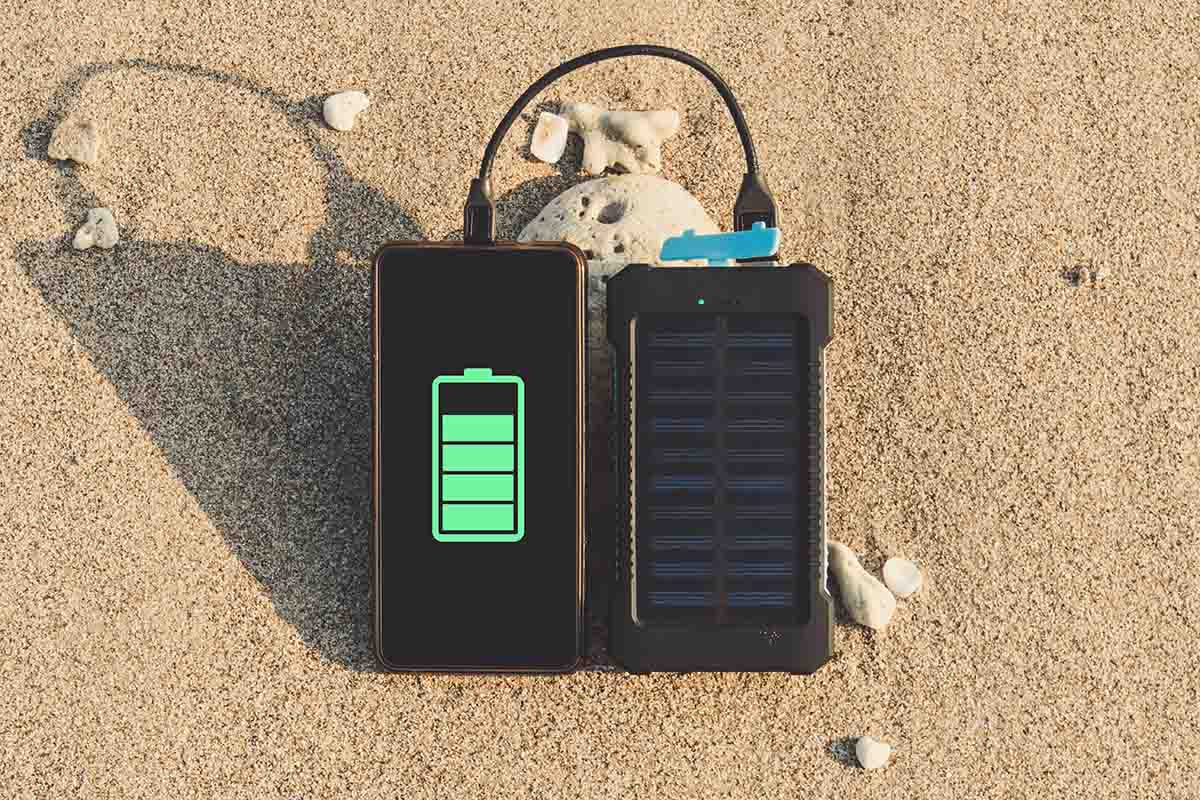 Here we have described several factors of the solar phone charger that you should consider before choosing one. Let see what these are:

Choose a charger that is powerful enough to charge your phone in insufficient time.  At least 7 watts is required if you wish to charge a phone. Besides, for charging multiple devices, you will need 15 watts or higher.

Solar phone chargers come in various designs and sizes, so you have to choose the suitable one. Some chargers have several solar panels with a folded facility that contains a large surface area to produce much power. Besides, single panel chargers are suitable to charge one phone.

Durability is one of the significant concerns of using a solar phone charger. Some chargers are so weak that they can break if you drop them once. In general, the quality chargers are good enough to be long-lasting.

Is a Solar Phone Charger Worth It?

If we consider all the advantages, buying a solar phone charger is definitely worth it. This charger’s cost is nothing as it enables you to charge your phone during power outages or traveling time. Besides, it is a completely guilt-free device that doesn’t impact the environment.

Using this charger, you don’t have to find out any power source. It only requires rays of sunlight to produce power.  So you can easily charge your phone anytime and anywhere using sunlight.

Who spend most of their time outside, whether camping or traveling, a solar power charger is handy for keeping the device’s battery charged. However, some people are confused about whether solar chargers will really work.

We hope this article has dispelled the confusion by providing adequate information about solar phone chargers. In general, solar phone chargers use energy from the sun to produce electricity that helps you to charge your phone. If you think you need such a charger, consider the factors discussed above before purchasing one.

Life Hacks to Live By
Is MBA Losing its Charms in Today's Growing Market?
January 05, 2021
Why Doesn't CBD Cause Mind-Altering Effects Like Marijuana?
January 09, 2020
4 Simple Daily Practices For A Happier Calmer Year
December 22, 2019
Ads
Stay Connected
Where to buy medications ? How to cure impotence with pills? You can buy ivermectin australia online easily. For UK customers look at priligy thailand online. In Singapore best place is viagra singapore for sale.