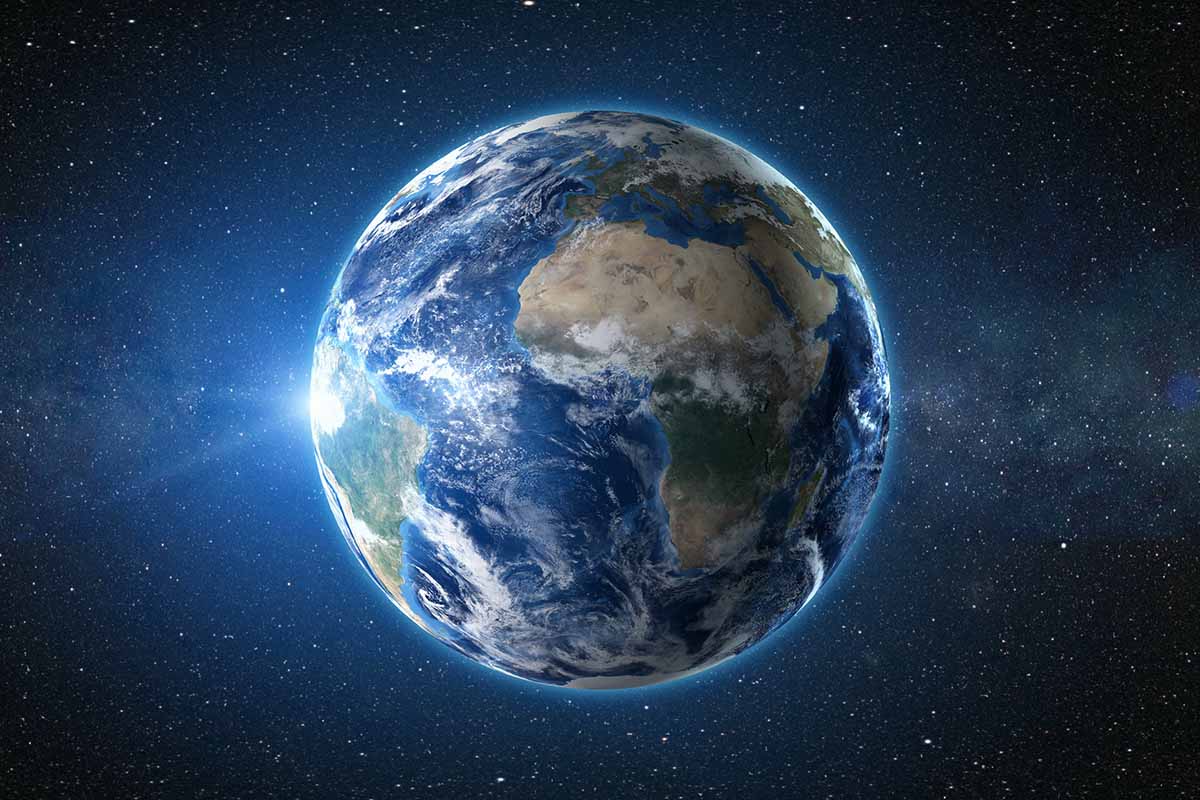 Perhaps, you do not hear the word polystyrene as often as styrofoam. To tell you straight, it is not the same, but styrofoam is an expanded polystyrene foam (EPS) form! But that’s not an issue we will talk about here.

Polystyrene is among the most frequent types of plastic that may be found. You may find examples of it in take-out cups and coffee cartons; it’s the material people use in sending items with a cushion.

Even though “Styrofoam” refers to the brand name of complex blue insulation produced by a specific chemical company, many people call it that name.

Polystyrene is a versatile material utilized to produce a broad range of consumer goods. Because it is a rigid and solid plastic, manufacturers use it to make items that call for transparency, such as product packaging and laboratory gear.

When coupled with a wide variety of colorants, additives, or other polymers, you can use polystyrene to manufacture various products, including toys, pots, and equipment for gardening, electronics, appliances, and more.

How Long Does Its Decomposition Take? 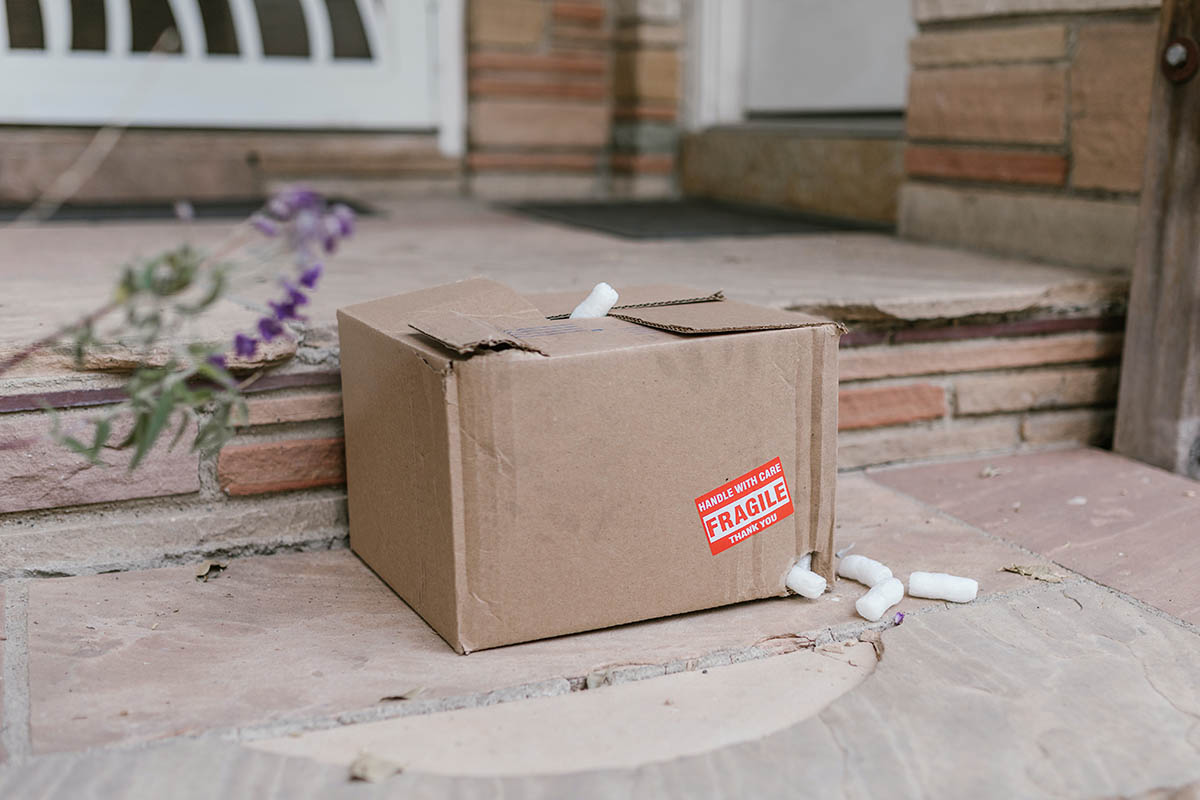 Polystyrene must be exposed to tremendous heat and light to degrade. However, our ecosystem does not generate enough heat to satisfy its requirements.

Breaking down polystyrene might take up to 500 years. In rare instances, it may not even undergo any decomposition. The fact that polystyrene contains food particles, on the other hand, may hasten the process of its decomposition.

Despite this impact, the complete breakdown of polystyrene might still take hundreds of years. Because of this, you should not make any effort to do polystyrene disposal carelessly.

“There are recycling boxes near me. Is polystyrene recyclable?” The short answer to this question is yes! Even if it is true that we cannot break down polystyrene foam (EPS) by natural processes, also known as biodegradation, this does not rule out the possibility of recycling the material.

However, to further expand the answer, we must understand that polystyrene recycling via the curbside collection system is impossible in most cases. Most recycling facilities will not take it in as recyclable material.

You cannot simply put it in a plastic bin with a lid and wait for it to be full before surrendering it to garbage collectors.

Put it another way, and you will need to acquire more sophisticated processing equipment to reuse this plastic material. In addition to this, the majority of centers do not have easy access to it. Therefore, you will discover that they do not accept your polystyrene.

To recycle it, you will have to put in a lot of effort and look for a recycling facility that accepts it. So, how do we do it?

How Can You Recycle Polystyrene? 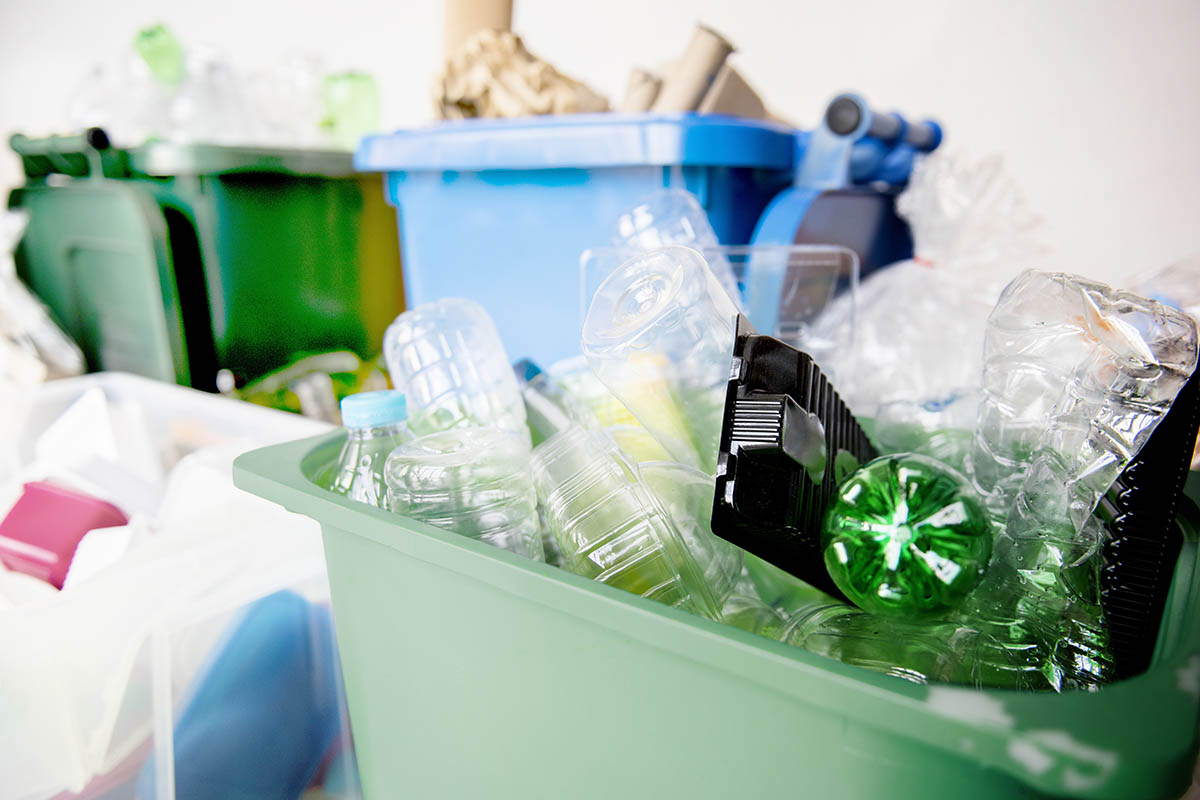 If you put your polystyrene in the yellow waste bin with your other recyclable plastics, there is an excellent chance that it would not really be recycled. Here are several ways you can recycle this form of plastic.

Reusing polystyrene provides individuals with the most straightforward opportunity to recycle this material. Although this approach is not as successful with items like coffee cups and plastic cutlery, it is perfect for use with packing materials.

Collecting and reusing packing peanuts after they have been used is easy. Shippers could take rigid packaging and cut it up into small pieces to use it as loose packing. The public is welcome to donate their used packing peanuts for UPS to reuse.

Alternatively, you may use it as drainage at the bottom of plant pots, or you could make your display mounts with it. With practicality and a splash of creativity, you may think of more beneficial ways to reuse it. Although, this also comes to an end because you cannot do it forever.

Lessening Environmental Impacts: Create Other Products From It 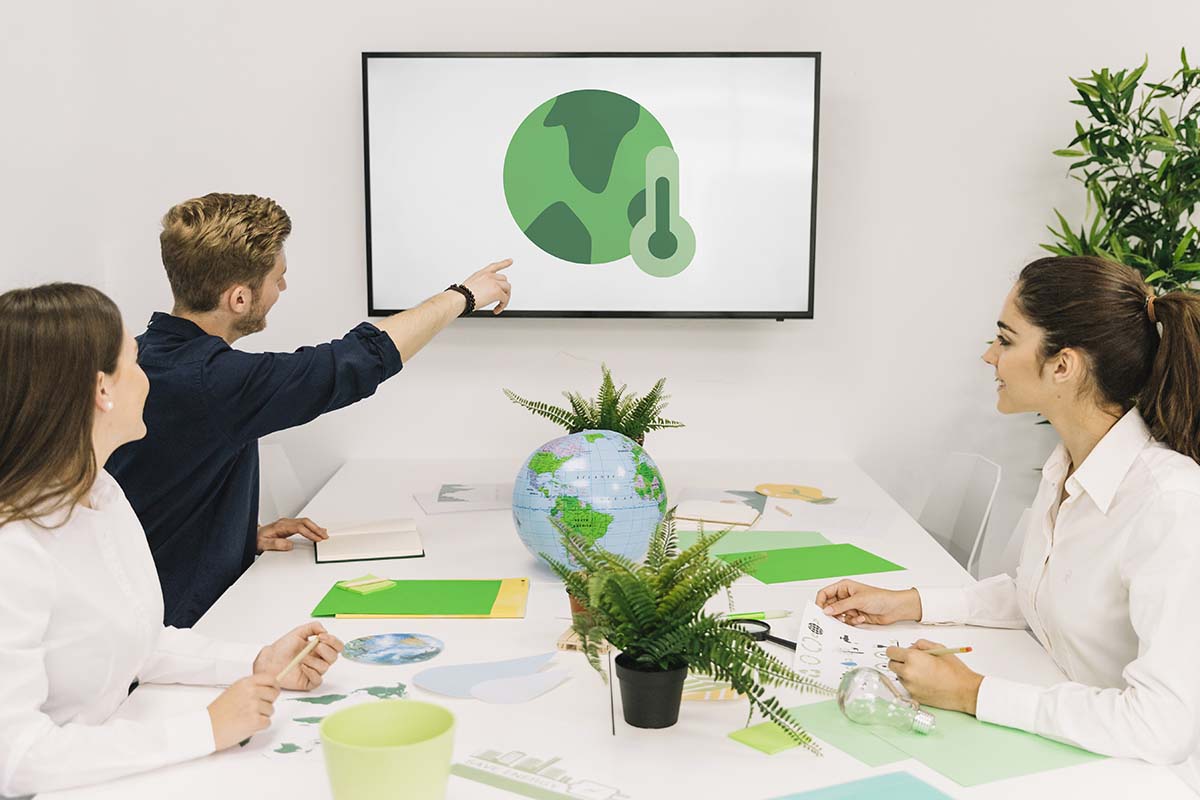 If you have a business with tangible resources, you may use polystyrene to produce a vast number of various products through a proper recycling process.

For example, the Dart Container Corporation, which is the largest producer of polystyrene food containers in the world, operates four factories in the United States and Canada. These factories purchase EPS from various end customers, such as schools, supermarkets, hospitals, and other establishments.

It is feasible to transform expanded EPS packaging material into solid polystyrene pellets by extrusion. We use shipping to get the materials to the facilities where the reprocessing will occur.

In fact, it is the first step in the process. During this stage, there will be an examination to eliminate pollutants such as paper and food.

The next step is to separate the dirty materials from those that do not need washing to prepare for the next step. A grinder will crush up the waste material, and then it is put through the required processing, which results in the production of a substance known as “fluff.”

After giving any previously cleaned EPS an additional wash, it is allowed to dry before being used again. The fluff is melted by employing friction and heat to entirely release all of the air that was previously trapped inside it.

After being melted, the material is first forced through a die containing microscopic holes, then extruded as polystyrene strands. This process is repeated until the desired thickness is achieved.

The strands are then pelletized after being cooled with water and broken up into smaller pieces. After that, the pellets are sent to manufacturers, where they are used in the production of a broad range of goods, such as, but not limited to, toys, sun visors, and building insulation, amongst other things. 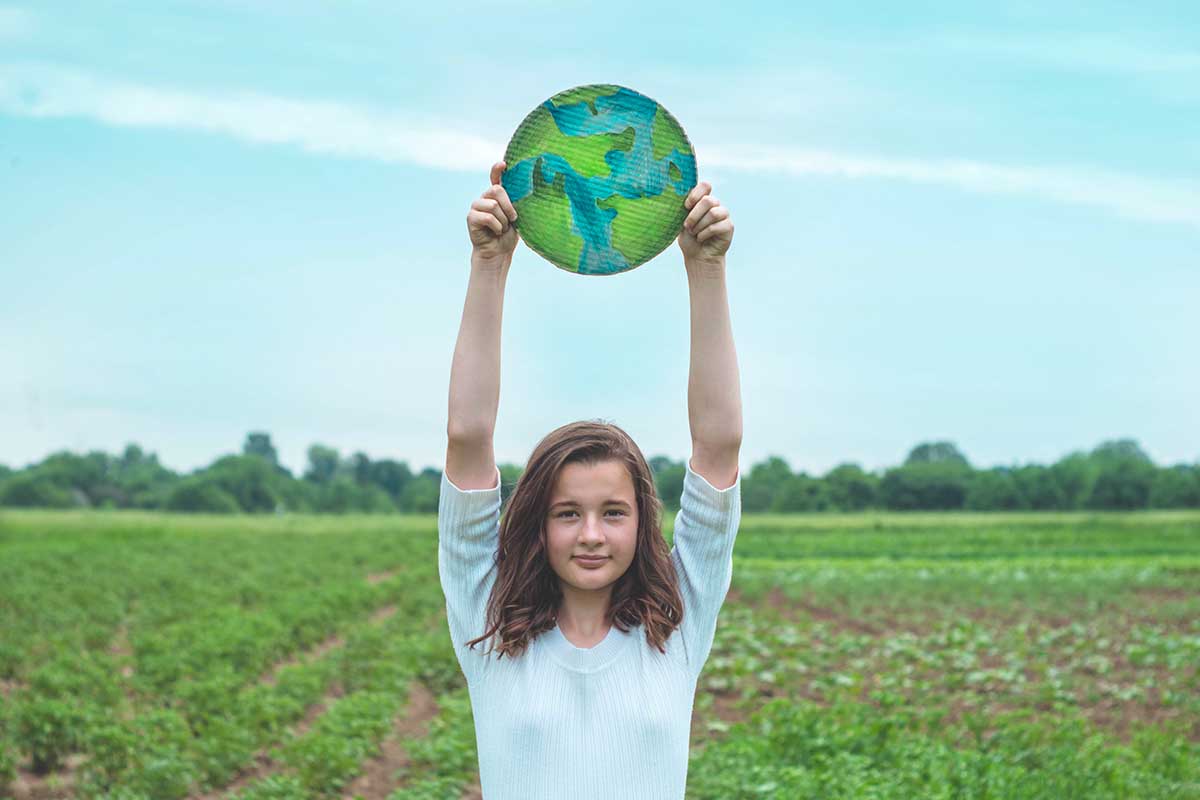 It is currently difficult to recycle polystyrene in a widespread manner due partly to the material’s low density, which is present in many types of polystyrene.  Granulation may be costly, and moving compacted pallets once they have been compacted can also be an expensive endeavor owing to the weight of the pallets.

Because the material to be recycled first has to be free of impurities before it can be recycled, polystyrene, which is often used in food packaging and other similar applications, is frequently not entirely recycled. It is a hurdle in addition to the financial burden of recycling.

Is polystyrene recyclable? Yes! And it is essential to recycle polystyrene because of its potential influence on the environment, in addition to the fact that it can be extensively utilized in the production of new polystyrene packaging, furniture, and a great deal more.

The material known as polystyrene cannot break down in any way. Because of the way modern landfills are constructed, there is little possibility that the waste will biodegrade. Despite this, less dense types of polystyrene are more likely to break down over time into smaller particles.

Further, the challenges of recycling polystyrene are also significant. However, this should not stop us from pursuing recycling, given its threatening impacts on the environment.

Life Hacks to Live By
Past Life Regression Therapy: How Can It Affect You?
July 01, 2022
3 Tiling Tips to Incorporate in a Tiny Bathroom
September 10, 2020
Innovative Gardening Solutions that Actually Work
May 21, 2019
Ads
Stay Connected
Where to buy medications ? How to cure impotence with pills? You can kamagra australia online easily. In Thailand see priligy thailand online. In Singapore best place is viagra singapore for sale.