The End of Spam, Maybe, if Time Allows 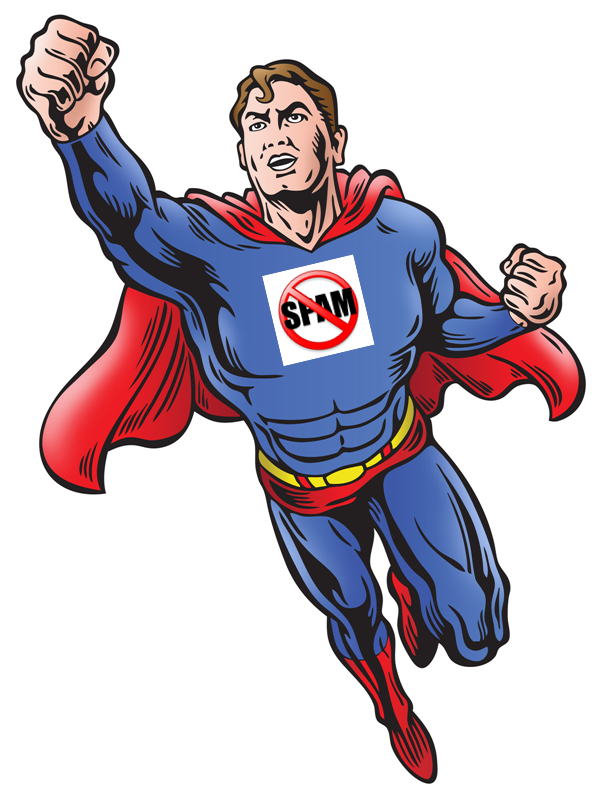 The End of Spam, Maybe, if Time Allows

SANTA CLARA, Calif. NYT — Twenty-five years ago Steven T. Kirsch built a better mouse. Now he believes he has found a way to create a better trap — for spam, not mice — if he has enough time to finish his project.

An M.I.T.-trained engineer, Mr. Kirsch was frustrated by the quality of the first computer mice in 1982, so he set out to improve them by incorporating an optical sensor.

Since then he has started four companies, all based on his frustrations with existing products or services. He has made forays into word processing document design, accelerating the Web, and in 1997 Infoseek, his search engine company was the third-ranking company in Web search. In many ways, Mr. Kirsch, who is 50 years old, has come to exemplify what distinguishes Silicon Valley — a blend of engineering skills with persistent entrepreneurship.

Along the way he has amassed a personal fortune of about $230 million, a success that has permitted him and his wife to become significant philanthropists in Silicon Valley by contributing more than $75 million to the United Way campaign and other causes through his foundation.

Recently he has taken on the challenge of e-mail spam. This year he founded Abaca, a company with a new approach in the crowded market for stopping junk electronic mail.

Abaca claims that it can filter out 99 percent of all spam, and supports the claim with a money-back guarantee. According to the result of an independent survey last February by Opus One, a computer industry consulting firm in Tucson, Ariz., that would be significantly better than the results of six leading spam blockers.

Abaca has taken on a new urgency for Mr. Kirsch — during the summer, he was discovered to have a rare form of blood cancer, Waldenstrom’s macroglobulinemia, that is found in about 1,500 Americans every year and is considered incurable, although it can be managed beyond the five- to seven-year longevity that new patients are usually told to expect.

So far he has shown no effects from the disease, and he said he is intent on applying his engineer’s approach to the problem.

“This is harder on my wife than it is on me,” he said during a recent interview. “I just look at it as a problem. Here’s a problem and you have four years to solve it or you don’t get to solve any more problems.”

Mr. Kirsch is not the first prominent entrepreneur in Silicon Valley to battle cancer. Andrew S. Grove, the chief executive of Intel, has survived prostate cancer. In May 1996 Mr. Grove wrote about his battle with the disease in intimate detail in a Fortune magazine cover story. More recently Apple’s chief executive, Steven P. Jobs, also underwent an operation and has survived a rare form of pancreatic cancer.

As he has in confronting his earlier challenges, Mr. Kirsch outlined his situation and what he is doing to try to solve it in great detail on his Web home page. His approach to surviving is outlined in painstaking detail. However, it is listed as the third of his current projects, after “Eliminating spam,” and “Who would make the best president?”

In his description, he writes: “I have enough time to change the outcome and I’m going to try to do that. This is my story.”

His perspective on his disease is also clear. Fourth on his list is “Why human beings will be extinct in 90 years.” He writes, “My incurable blood cancer is minor compared to what is happening with the planet. We have somewhat more than 90 years before humanity is virtually extinct.”

Once a registered Republican, Mr. Kirsch has moved closer to Democratic candidates and was a significant backer of Al Gore, in particular, because of his environmental stance.

“He’s done a lot of fund-raising and he’s really been willing to put himself out there,” said John Shoch, a Silicon Valley venture capitalist. “He says what he believes in and supports political causes, and he’s not bashful about getting into the fray.”

The most visible change that he has made as a result of his cancer is the recent decision to change the financing direction of the Steven and Michele Kirsch Foundation, which until late last month had focused on a wide range of community philanthropic goals.

At the end of October, however, the foundation announced that in the future it would focus its financing on research associated with his cancer, which because of its rare nature receives almost no federal money.

For the moment, between weekly visits to the Stanford Medical Center, Mr. Kirsch is continuing to put much of his time into persuading the world that he has stumbled on a better way to block spam.

He has been thinking about the spam problem for a number of years and has several patents covering other approaches, but Mr. Kirsch said he had hit on the idea underlying Abaca — profiling the recipient of e-mail rather than the sender — quite by accident.

“We were sitting around thinking of ways to obfuscate the description about how our system worked so the spammers would be misdirected,” he said. “So I came up with receiver reputation as something that might sound plausible. Then as I thought about it more and more, the more sense it made to me.”

The approach underlying the Abaca technique is the recognition that the ratio of spam to legitimate e-mail is individually unique. It is also a singular identifier that a spammer cannot manipulate easily. By assessing the combined reputations of the recipients of any individual message, the Abaca system determines the “spamminess” of a particular message. Mr. Kirsch asserts this provides a high degree of accuracy in deciding whether the message is spam.

Unlike most of its competitors, he said, Abaca’s technology does not require a training period, is language independent and is faster than many competitors because it does not scan the entire contents of a message to determine whether it is spam.

Mr. Kirsch has invested about $5 million in developing his idea, and he said he expects Abaca to reach profitability by the middle of next year.

“I have to admit it sounds innovative and novel,” said Sunil Paul, the founder of Brightmail, one of the leading providers of antispam technology, which was sold to Symantec in 1997 for $370 million.

At the same time, Mr. Paul is dubious about the ability of a stand-alone antispam company in today’s computer security market. “Remember Bill Gate’s promise to rid the Internet of spam in a few years?” he said. “That was over seven years ago. Once any of these solutions scale up, though, thousands of other clever, smart people start to work on how to defeat the system.”

Mr. Kirsch insists that Abaca is unlikely to be caught soon. “Most people like me get 99.8 percent or so with the current volume of users,” he said, referring to the percentage of a good e-mail he now sees using his system. “Our performance gets better as we add more users; our competitors already have a scale, and we are way ahead even with just 20,000 users. When we get to scale, our performance should be nearly 100 times better than our closest competitor.”

Opus One has not yet tested the Abaca system. However, the testing group has been briefed by a representative of Abaca. “Generally, I am very skeptical of antispam techniques that get put forth with the pseudo-math that you hear from Abaca,” said Joel M. Snyder, a senior partner with Opus One. “In their case, however, the math has a face validity that’s unusual in this business. The only obvious issue with their system is that it really requires a lot of participants in order to work.”

Life Hacks to Live By
How to Keep Your House Clean
June 23, 2022
What CBD Is Used for and How You Can Consume It
March 18, 2021
4 Factors To Consider When Choosing Your Interior Home Design
January 19, 2021
Ads
Stay Connected
Where to buy medications ? How to cure impotence with pills? You can buy sildenafil australia online easily. For Thai customers look at priligy thailand online. In Singapore find viagra singapore for sale.