HomeArt3 of the Strangest Works of Modern Art

3 of the Strangest Works of Modern Art 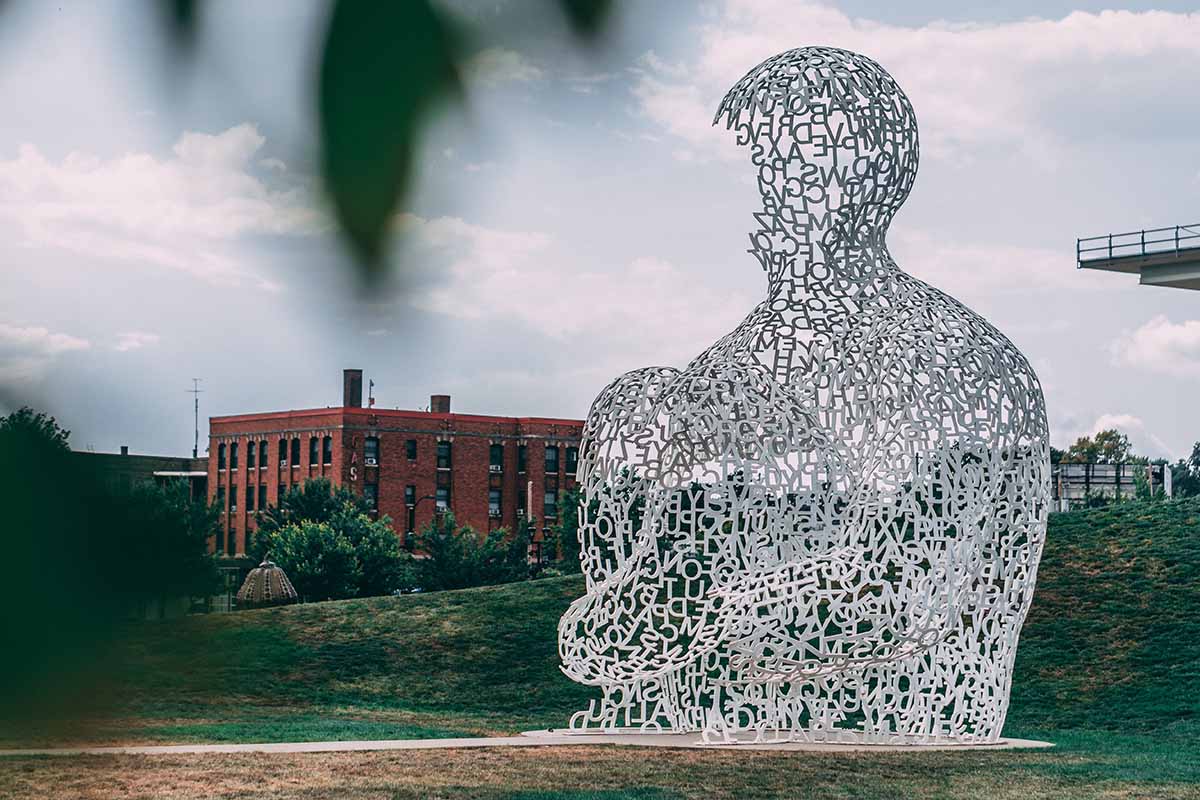 3 of the Strangest Works of Modern Art

Art in all its forms is subjective, and one man’s masterpiece is another man’s disaster. When most people think of art and artists, they probably think of classical and contemporary masters of movements such as Van Gogh of post-impressionism and Picasso of surrealism, and their famous paintings. But art extends far beyond putting paint to canvas, and anything with artistic merit and facets of impression can be considered a work of art – Tracy Emin’s Turner Nominee, “My Bed,” being a prime example.

Shakers such as Emin never fail to gain much public attention by their works. Since the 1960s, the art world has branched out to include displays of curious objects with a story or message, usually strangely and controversially. Just see Damien Hirst’s catalog of work for audacious pieces of note. 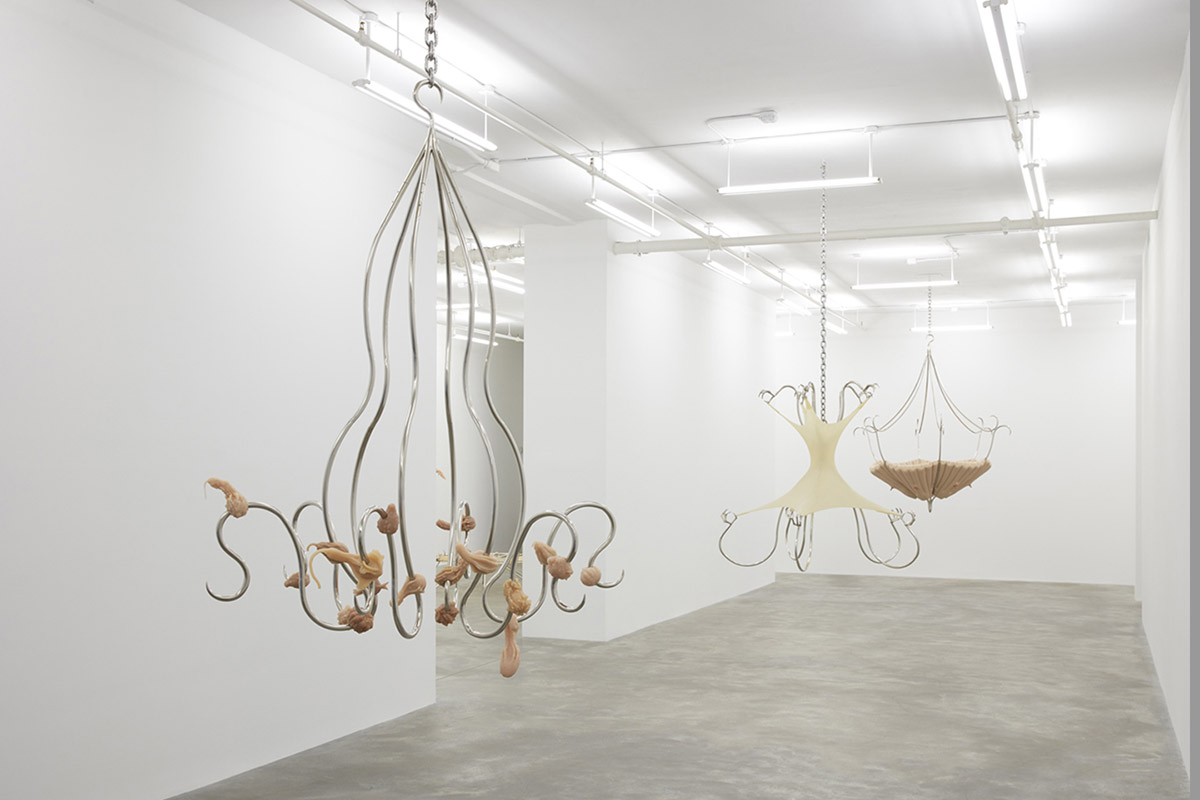 One of the most interesting artists of this generation is Hannah Levy. The American sculptor is best known for her works of slightly anthropomorphized features using silicone mold release materials and articles with fleshy and human/animal hybrid features alongside inorganic materials such as steel, highlighting the relationship between man and animal and technology.

One of Levy’s strangest collections, “Pendulous Picnic,” is a macabre reflection of modern sexual attitudes by hanging molded gourds that resemble ovaries, the penis, and testicles onto giant hooks and colored as if to resemble human flesh. These are displayed in a manner befitting that of something from the brilliant mind of Clive Barker, reminiscent of Hellraiser.

The Flesh Dress by Jana Sterbak 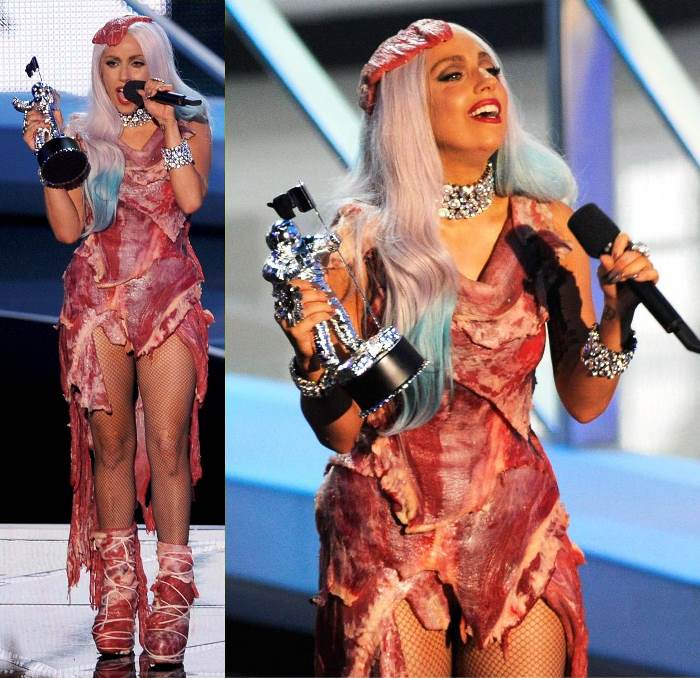 You may remember Lady Gaga sporting a dress made of meat in 2010, but this creation by fashion designer Franc Ferdinand wasn’t the first. “Vanitas: The Flesh Dress for an Albino Anorectic” was created in 1987 by Jana Sterbak and is currently at the Walker Art Center in Minneapolis.

The dress was created from raw flank steak held together with stitching over a hanger and contained $300 worth of meat in 1991 prices worth around $600 today. Unsurprisingly the dress was the cause of much controversy, not least when displayed at the National Gallery of Canada. Here, it was displayed close to Ottawa’s homeless community, which outraged charity organizers and soup kitchen managers alike – being deemed insulting.

Known for her larger-than-life sculptures, Louise Bourgeois is no stranger to inciting praise and criticism in equal measure. A pioneer of contemporary, post-modern feminist art, Bourgeois’ works are heavily psychologically charged to invoke musings of modern issues such as the place of a woman, sexuality, and art itself.

Perhaps not for the arachnophobes among us, one of Bourgeois’ most famous installation works includes “Spider,” of which there are several all over the world. Reportedly, she created spiders to represent her mother’s personality of being deliberate, patient and clever, and patient. At the same time, the twisted forms of the sculptures are a signature feature of the artist who used them to represent childhood trauma and sexual experimentation when she was younger.

Hannah Levy aims to shock and inspire by delivering a macabre jolt of realism a’la Hellraiser style with her unique fleshy impalements of Pendulous Picnic. At the same time, 1987 saw perhaps the most controversial piece of artwork in modern times with Jana Sterbak’s “Flesh Dress,” causing outrage when it was displayed near Ottawa’s homeless community. Louise Bourgeois’ arachnid sculptures live on as some of the most influential in the world, with the form being used to represent the traits of motherhood required for dominance and protection.