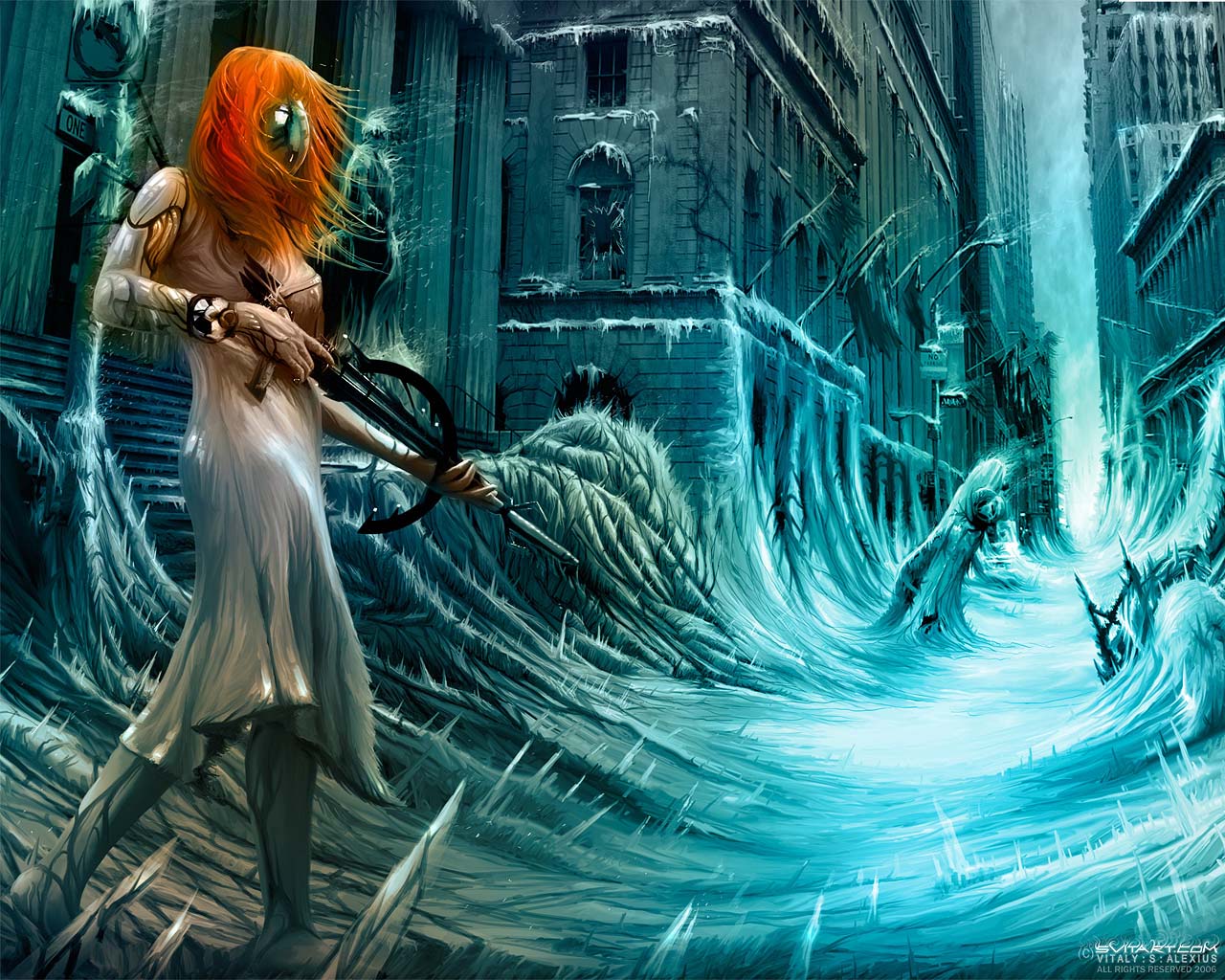 Vitaly creates incredible post-apocalyptic digital illustrations which are an incredible blend of the digital and traditional parts. Artist specializes in science fiction and fantasy themes with a leaning towards post apocalyptic scenes.

Vitaly was born in 1984 in the industrial city in Russia. He started to draw when he was just four years. His first drawings were tiny spaceships, that is because he was simply fascinated by the space life.

At eleven years old and during the next two years at high school, he studied traditional painting, drawing with watercolors, gouache, oil paints, anatomy, modeling, design, art history, and illustration preparing himself to move to Moscow for the further education.

But due to the unexpected turn of fate in April 1998, Vitaly Samarin crossed the Atlantic Ocean and moved to Toronto in Canada. There he continued his artistic education: two years of studying of traditional painting at the school of Jacob Pichhadze, and then three years he studied the graphic illustration and worked on two environmental designs projects for The OCAD program.

Since 2000, he has been teaching painting. In 2002 he discovered the magic program called Photoshop, and since then he constantly studying it and improving his skills in digital art, to which he gave his own name “Dreaminism”

Today Vitaly is a freelance illustrator and photographer. He is quite busy creating different science fiction and fantasy themes, conceptual artwork, post-apocalyptic art, decorating covers for CDs and books, drawing advertising posters and things like that!

Life Hacks to Live By
Top 5 Gadgets You Can Use To Make Your Kitchen A Smart Kitchen
November 04, 2021
4 Creative Ways to Stay Busy While At Home
August 23, 2021
How Drinking Water Helps You To Lose Weight
November 29, 2017
Ads
Stay Connected
Where to buy medications ? How to cure impotence with pills? You can buy ivermectin australia online easily. For UK customers look at priligy thailand online. In Singapore best place is viagra singapore for sale.