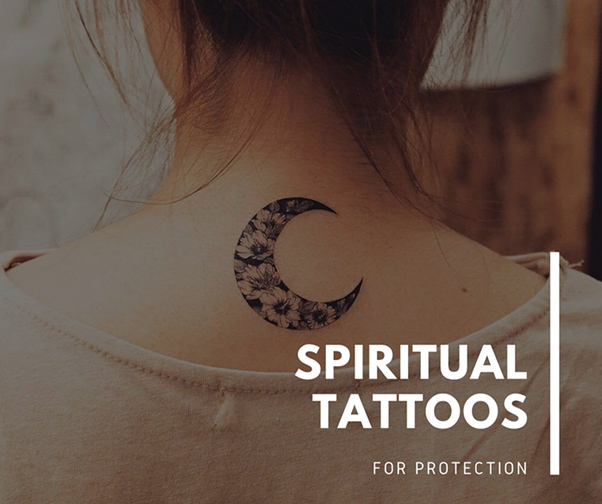 The Art of Tattooing: Spiritual Tattoos For Protection

The art of tattooing dates back to ancient times when people covered their bodies with various symbols of protection from evil spirits, jinx, and other harmful things. Despite several millenniums’ passage, the spiritual tattoo hasn’t lost its popularity today.

However, modern amulet tattoos are valued more as an outstanding design to beautify the body than a symbol able to lead you through life, protect negative energy, attract good fortune, and assist.

Nevertheless, no matter if you believe in the magic power of spiritual tattoos, they do have it, so it’s always a good idea to check the tat’s meaning before getting a tattoo with any of the powerful protection symbols.

By the way, to celebrate the origins, J&B decided to make a tattoo on 25 unique bottles, creating a limited tattoo edition of J&B Whisky.

Before we move forward, you should know that “Spiritual” is derived from the Latin word “Spiritus,” which means “Breath” or “Spirit.” Spiritual things are related to divine matters of religion, which affect the spirit or soul.

A tattoo is a loan word, which is adopted from one language and incorporated into another language. The word “Tattoo” originated from the Samoan word “Tatau,” which means “To Strike.”

Here, we’ve compiled a gallery with several ideas of stylish tats made in up-to-date techniques, keeping all the mystery and spirituality simultaneously.

The triquetra or the Trinity Knot is a classic Nordic and Celtic sign, symbolizing the sky, sea, and earth’s connectedness. For Christians, this tattoo illustrates the idea of God as Father, Son, and Holy Spirit in one being. Often interpreted as the symbol of eternity, the triquetra protects its owner from any manifestations of evil.

The Om is the word traditionally chanted at the beginning and the end of mantras in Eastern religions. It captures a profound meaning of the whole universe: the heaven, the earth, and the atmosphere, or the past, the present, and the future.

So that the Om exists everywhere beyond the bounds of time, it’s the power of the entire cosmos gathered in one tiny symbol on your hand.

The Hamsa Hand comes from Jewish and Muslim communities, but it has become a famous good luck symbol worldwide. The holder of such a tattoo expects to be protected from everything negative.

In such a pretty purple Orchids interpretation, this ancient symbol will not only “block” the people wishing you no good but also demonstrate your sense of style and creative approach.

It is a symbol of the right hand, depicted with two symmetrical thumbs and an eye located in the hand’s center. Hamsa is also known as “Evil Eye.” It has been used for thousands of years to ward off evil and against negative energy. It protects users from people with negative thoughts or vibrations, and they cannot harm them.

It is believed that people with negative energy, thoughts, or vibrations will be unable to anguish you if the Hamsa is used as a Talisman (protect against evils and negative energy) at your home. Usually, it protects you from evil and other harmful negative energy.

Most Asian religions believe in the lotus’ power, which is always pure, delicate, fragrant, and blooms even in muddy water. This beautiful flower of enlightenment can create a positive atmosphere, reflecting all the harmful impulses from the outside and multiplying your calmness, wisdom, and positivity.

Spiritual tattoos for protection like Lotus Flower indicates the symbol of “The Flower of Light.” The Lotus Flower represents wisdom, is also a Buddhist symbol.

It grows amid turbid water and still grows to be such a beautiful flower—this fact is associated with modification and stimulation. The Lotus Flower gives hope of empowerment and teaches us that it will pass no matter how difficult it is. It inspires forgiveness and the throne.

The Eye of Horus

The Eye of Horus is the Egyptian tattoo, which helps to cope with the darkness in yourself, protects from troubles and the evil eye, strengthens the pursuit of the divine, and directs achieving harmony with nature.

It is the symbol of “The Magical Healer.” The Eye of Horus is derived from the ancient Egyptian Civilization. The Eye of Horus has a fascinating story about its actuality. The story goes that the God Horus, the God of the Sun and Moon, was fighting a battle in which he lost his eye. His eye was later put back to go its original condition by Thoth.

Thoth is the God of Wisdom. Because the eye was mystically fixed, Egyptians believed that it conceded health, safety, and wisdom to users. That was why it is worn as a talisman (protect against evils and negative energies, attract good fortune.)

The Phoenix bird is famous for its out-of-the-world ability to emerge from its ashes. Such tattoos symbolize the sun, rebirth, return to being, and a new spiritual path. It ensures its owner’s longevity, protects from death, and portends a new and happy stage in life.

You can often find such compass tattoo designs as the Feng Shui compass Luo Pan, Vikings’ runic compass, and an ordinary magnetic compass. This tattoo supports finding your inner compass and choosing the right way, whether it’s a fundamental way home or a life path. Such an amulet will never let you get lost anywhere. Compass is a popular element used to design accessories, such as tattoos, pendants, and bracelets.

If you add a spider picture to such a tattoo, you will get a more powerful amulet. A spider will protect its master from disease and attract health.

If you add a spider to such a tattoo, you will get a more powerful amulet, as it’s believed that the spider will protect the owner from disease and attract health. It is advised to get the dream catcher on the neck or the shoulder to be maximally close to the head, which deals with all dreams and thoughts.

Unalome tattoos, one of the top spiritual tattoos for protection, come from Buddhism, keeping their symbolic meaning of the path to enlightenment. The spiral can be designed in different ways, as well, as at the end of it; any preferable sign can be placed – for example, the moon, like on this magnificent arm tattoo.

Spiritual Tattoos For Protection: When and How Did Native Americans Use Tattoos?

Tattoos’ popularity increased after the invention of the electric Tattoo Machine. The Tattooing procedure became much easier and cheaper with this Tattoo Machine. Therefore, Tattoo symbols were now affordable for all ordinary native Americans.

According to a study by the Pew Research Center, 40% of Americans between the ages of 26 and 40 have at least one tattoo. This trend is especially prevalent in Brooklyn, where 32.1% of the population is tattooed at local Brooklyn tattoo shops. The statistics show that tattoos have become a fundamental part of American culture and continue to evolve with new styles, techniques, and technologies.

In 1975, the number of tattoo artists was only 40 in the country. There were more than 5000 tattoo artists in 1980. In 2004, the American Academy of Dermatology started a survey of tattoo-holder native Americans.

In June 2006, the Academy declared the results of a telephone survey of 2004, which is as follows: 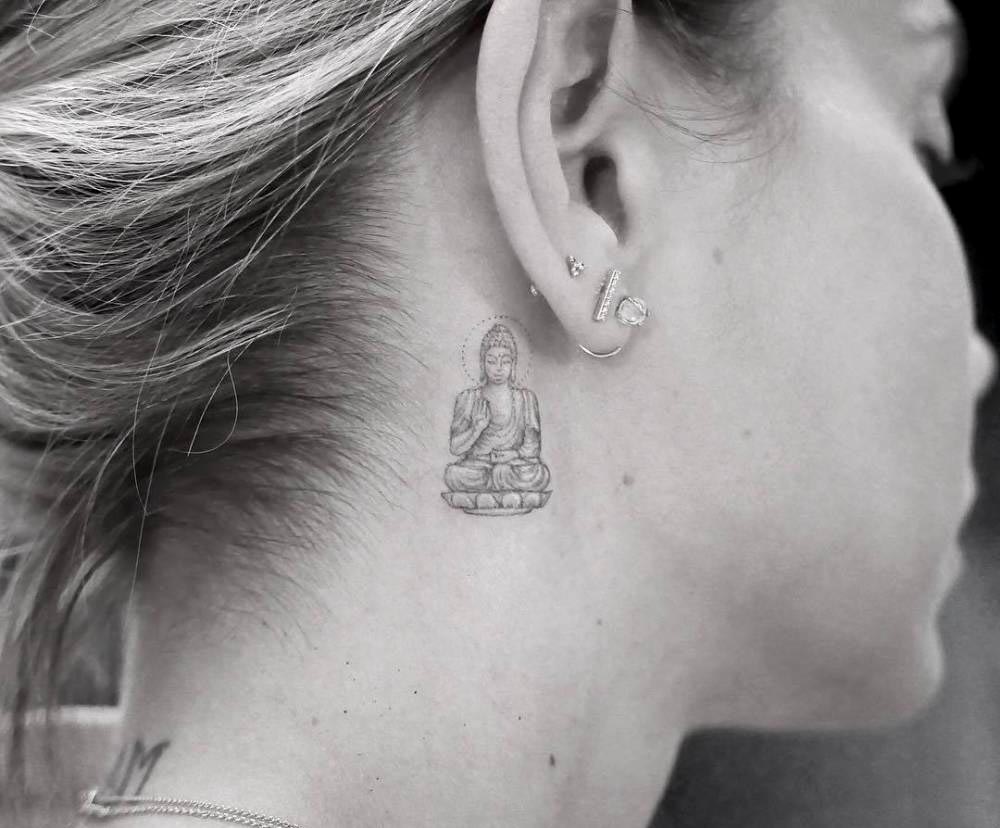 Gautama Buddha was the founder of Buddhism. Buddhism is so much famous and popular in traditions because of Gautama Buddha. However, along with religion, Buddha and Buddhism have one of the most popular subjects: tattooing.

Buddha Tattoos represent the spread of a sense of peace and serenity. When choosing a Buddha tattoo design, some secret messages and symbols can be used for tattoo design. Buddha tattoos are attractive, simple, and beautiful, attracting good fortune. 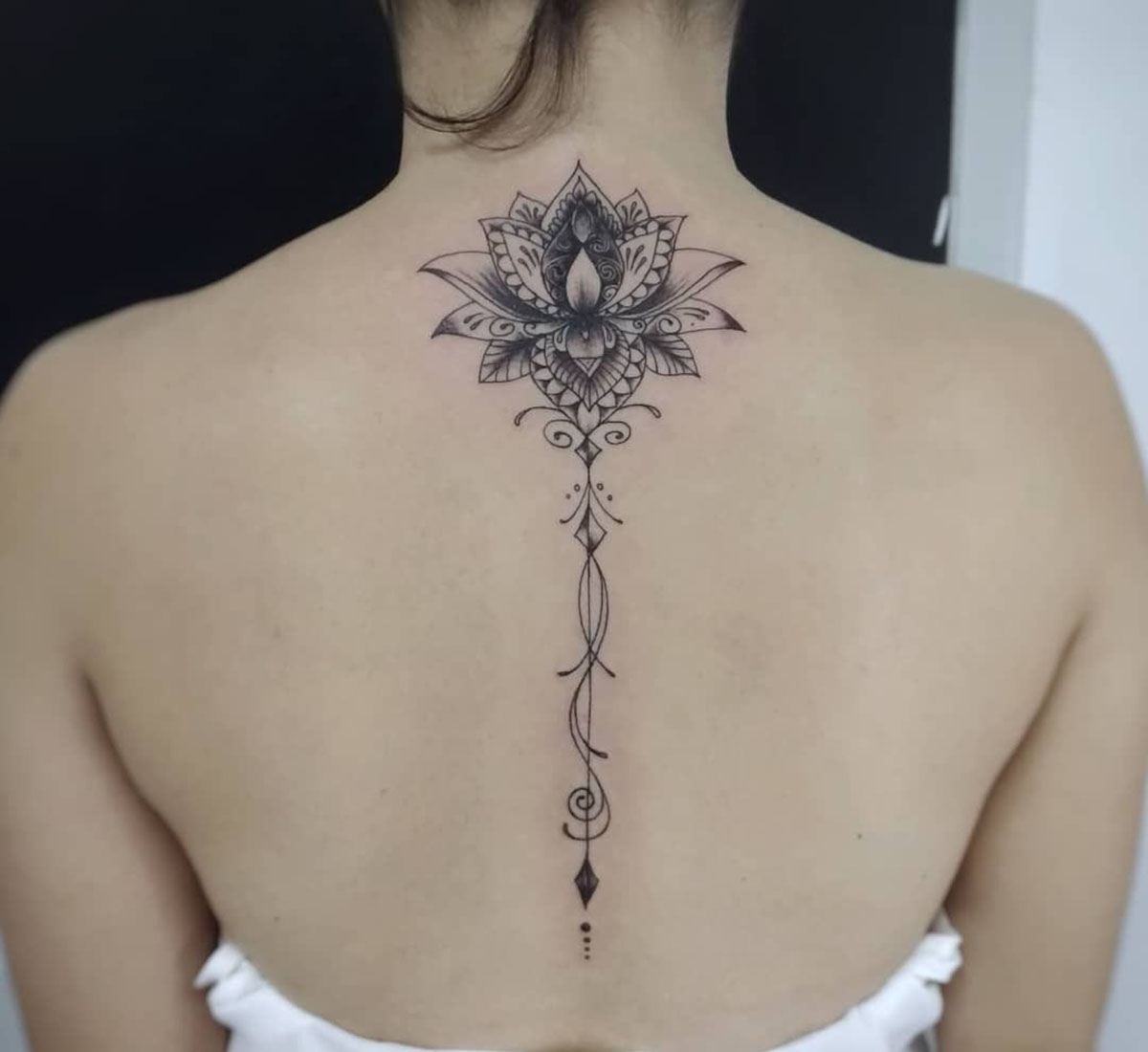 Mandala tattoos have long actuality before tattoos in Hindus, Buddhists, and Christian artwork. A Mandala tattoo represents the feminine principle and the blossoming of life. It symbolizes balance in body and mind through mediation, beliefs, and practices.

Many symbols and things were used in the past to ward off evil,  misfortune, and spiritual solace. But in today’s modern and busy times, many of these spiritual symbols and things are also being used; we cannot deny their usefulness and importance. Some of those powerful protection symbols are given below: 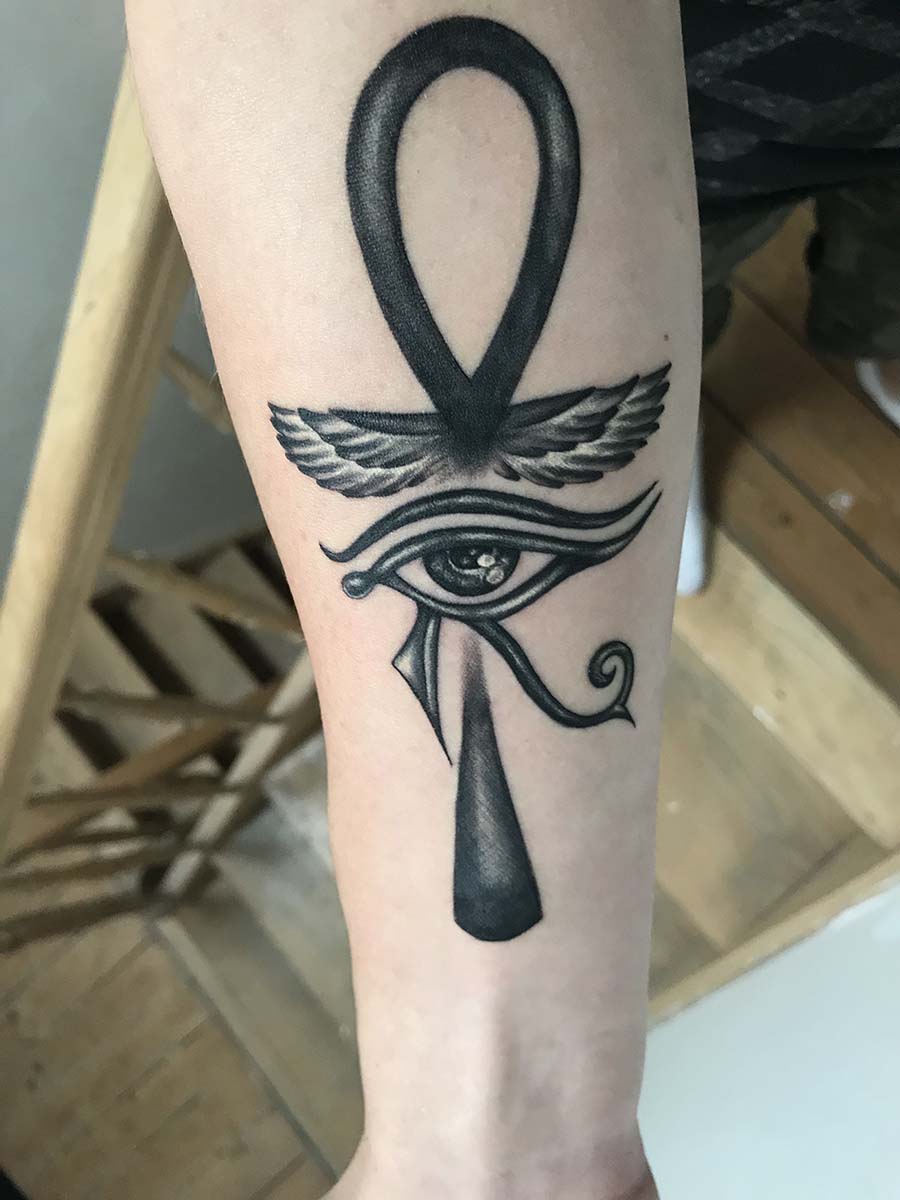 It is the symbol of the “Breath of Life.” The Ankh is also familiar as the “Crux Ansata,” which means “cross with a handle” because of its resemblance and graphical design.

The Ankh describes the revival of life through water. It is derived from the Egyptian Civilization. It is also put up in many Egyptian tombs because they believe it is vital after death. Even Egyptian Gods are depicted carrying Ankh. 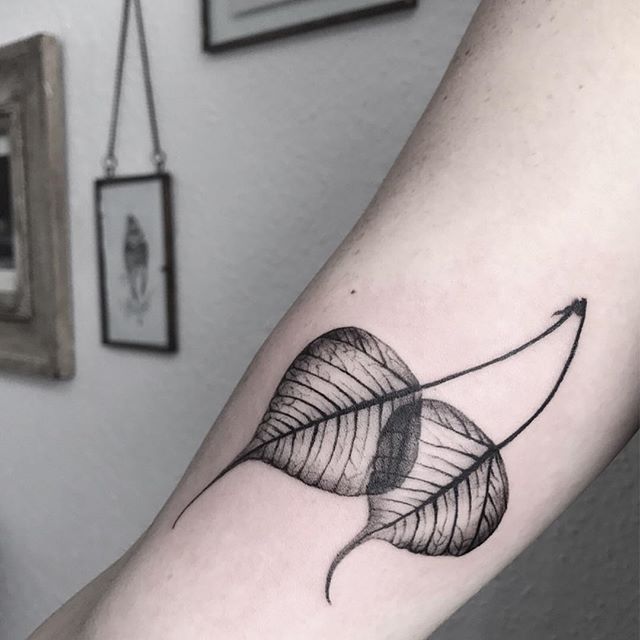 It is the symbol of “Spiritual awakening.”  As the name indicates, it is a leaf of the Bodhi tree and a commemorated symbol in Buddhism. Lord  Buddha speculated all the noble happiness in search of spiritual wisdom and ultimately attained the spiritual Buddhi tree.

The Buddhi Leaf represents spiritual awakening. He ultimately attained wisdom after 49 days of stiff rumination. The Bodhi Leaf teaches humanity that you will never reach a console without patience and enthusiasm.

Life Hacks to Live By
Easy Ways to Train Your Dog
August 18, 2022
How You Can Achieve The Perfect Smile
June 16, 2022
6 Tips To Help You Keep Looking Like A 21-Year Old
October 23, 2018
Ads
Stay Connected
Where to buy medications ? How to cure impotence with pills? You can buy sildenafil australia online easily. For Thai customers look at priligy thailand online. In Singapore find viagra singapore for sale.