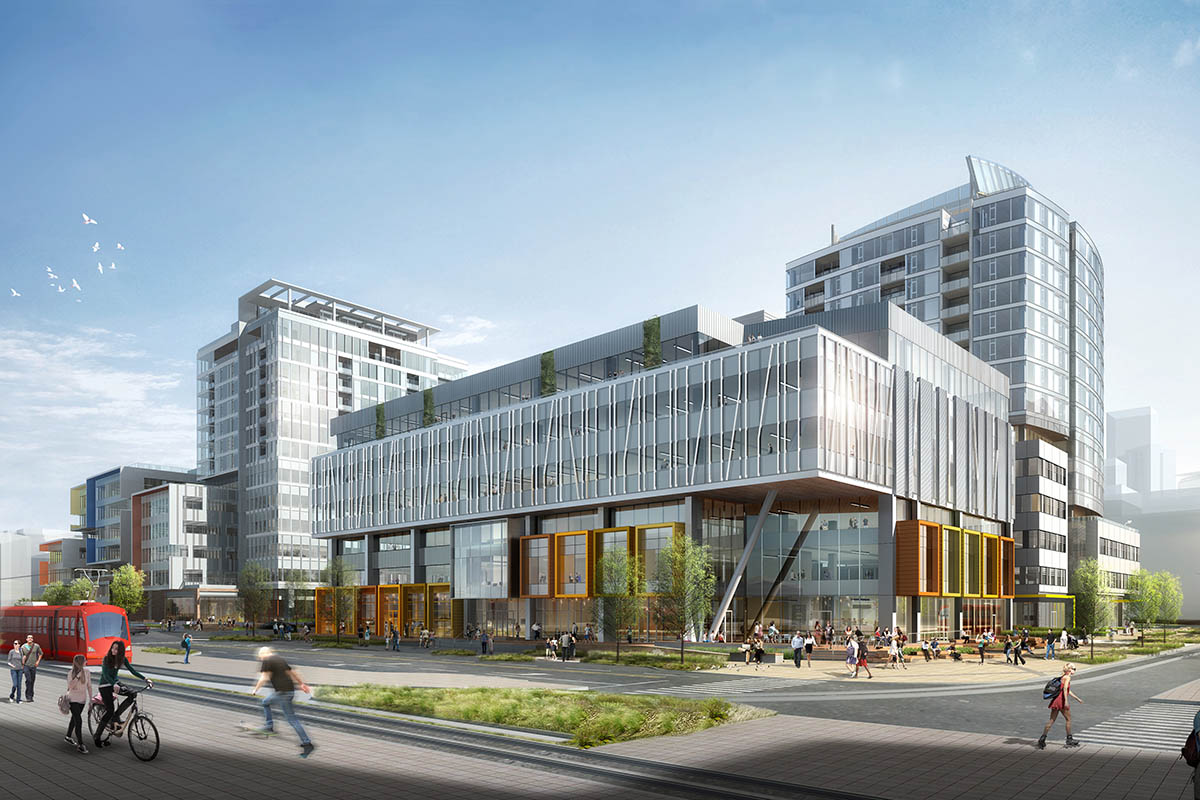 The Google clouds Seattle campus sits directly across the street from Amazon’s headquarters, the cloud computing market leader, and a Google Cloud rival. The campus was opened by Gov. Jay Inslee, who also announced a $1 million grant to Salvation Army’s William Booth Center, a men’s homeless shelter in Seattle.

Inslee announced that the donation came from Google.org, Google’s philanthropic arm. Designed by Vulcan, the campus will feature ground-level retail and housing units and offices. The building hosts some offices, a maker space, a cafe, a game room, and workspaces.

Workers in the building will be privileged to get free meals and also bringing their dogs with them. Employees work in a lounge with a sign that reads, “Keep your head in the cloud.”

Google announced that it would incur $13 billion on data centers and offices across the US and that cloud campus is among the expansion the search company is making in Seattle. The Company already has a 2 million square footprint across several cities in Seattle.

This week, Google has confirmed their purchase of a 400,000 square feet space across two buildings at the new Kirkland Urban development, east of Seattle.

Google is reported to have over 4,500 employees within the region and 150 open jobs based in the area. It was rated by CBRE as the best tech talent pool in North America established engineering outposts in and around Seattle.

“We’re super proud to be part of the growing tech economy here in the state,” said Eric Young, site lead for the SLU campus.

“It’s actually because of all these companies big and small that this area can attract and retain some of the most dynamic talents across a variety of industries and disciplines. That’s what brought Google here in 2004, and that’s what keeps us here today.”

On the other side, the region has been overcrowded with tech workers, especially during rush hour bring traffic to a standstill around the campus. Since the campus packing facility cannot accommodate all the workers, they have been advised to find alternative means to drive.

The Seattle region is Google’s second-largest engineering center after its Bay Area headquarters. This is area seems to be the target of tech giants, including Amazon, which has 50,000 people in the area. The area is also Microsoft’s headquarters.

Unfortunately, the Google Cloud campus in South Lake Union was in the spotlight in April after a construction crane fell on four people killing them. The Company, through Young, expressed grief and condoled with the families of the deceased. However, the project went on as planned despite the ugly incident.

Life Hacks to Live By
How to Successfully Fix and Flip Your First Property
August 25, 2022
A Guide to Managing Your Mental Health with a Chronic Illness
April 22, 2022
A Guide Before You Buy Your First Bowling Ball
February 20, 2020
Ads
Stay Connected
Where to buy medications ? How to cure impotence with pills? You can buy sildenafil australia online easily. For Thai customers look at priligy thailand online. In Singapore find viagra singapore for sale.